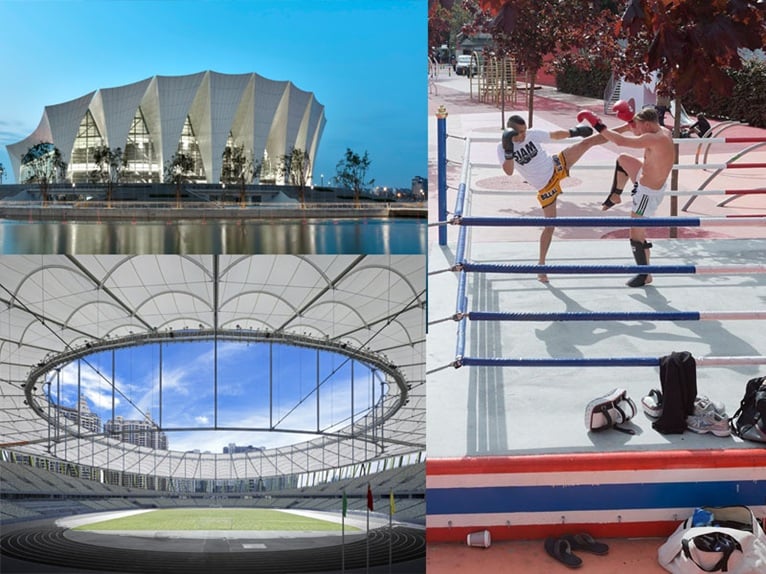 The 2013 competition was open to newly built facilities as well as extensions, modernizations, rehabilitations or conversions of already existing buildings and facilities in the public and private sector, which had been erected and gone into operation between 1st January 2006 and 31st March 2012 and had been in successful operation for at least one year. This year, 97 projects from 30 countries were submitted.

There were, of course many entrants from the London Olympics and from other high profile sports competitions of recent years like the Euro 2012 football competition. The three gold medal winners, however, were not built with either of these events in mind. 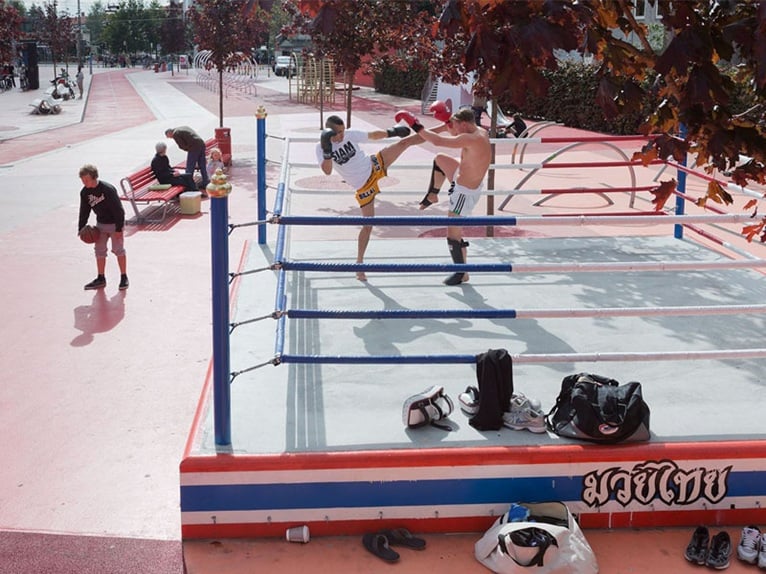 BIG - Bjarke Ingels Group's Superkilen masterplan won a Gold medal in the Community outdoor grounds section – a category rewarding those sports facilities built without envisaging spectator facilities. This 30,000 square metre urban park created in collaboration with landscape designers Topotek1 has few equals in Europe and in the world because it was not created with a big sports event or another cultural event like an Expo or world culture capital in mind. 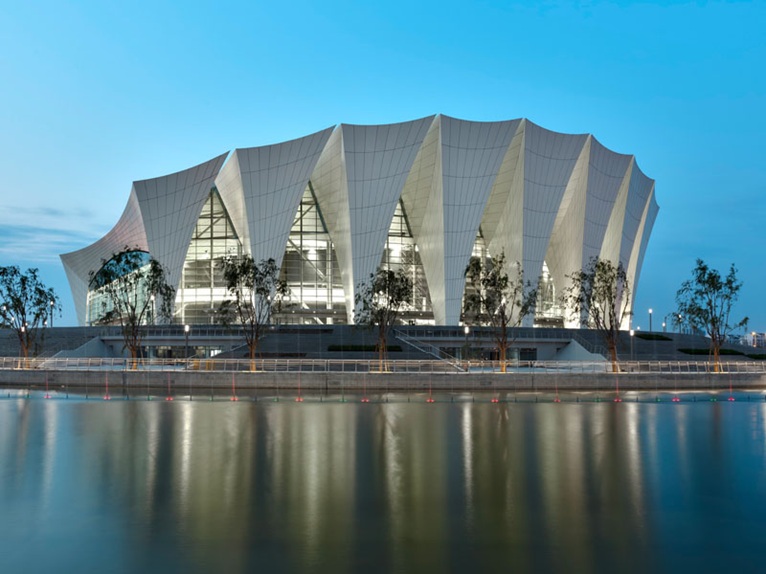 The other two gold medals went to gmp Architekten. In the “Pools and wellness facilities” category the German architects' Shanghai Oriental Sports Center won Gold.  This new sports centre was created in Shanghai China for the competitions of the 14th FINA World Aquatics Championships in 2011. It covers an area of over 347,000 square metres and comprises a sports stadium, a pool stadium, an outdoor pool for diving competitions and a media center. The link element between the different venues is an artificial lake. The buildings are supported on platforms that project into the lake. Towards the north, this results in a softly curving bank around the circular stadiums and, to the south, in a straight edge at the outdoor pool. 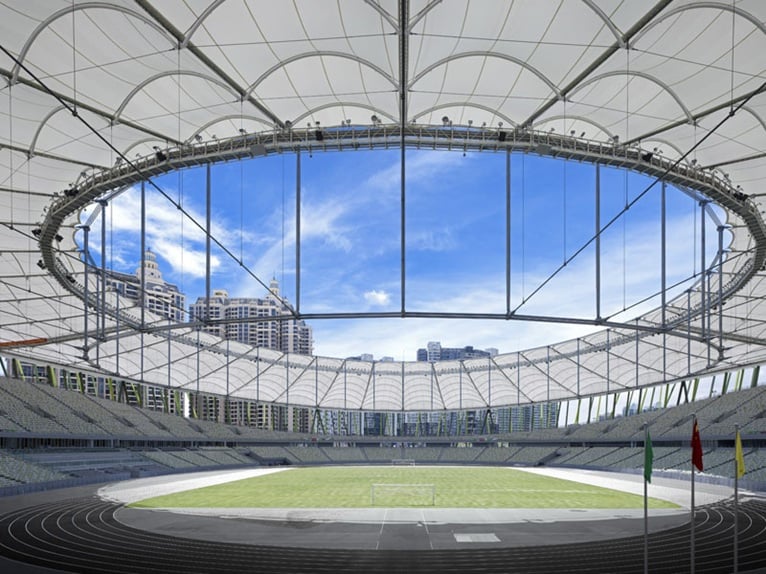 GMP's other gold medal was in the “Major outdoor stadiums” category for the Bao’An Stadium in Shenzhen. This stadium for 40,000 spectators was built on the occasion of the 2011 Universiade. The design was inspired by the bamboo forests of southern China. The image of the bamboo forest is created by a double ring of green steel posts whereby every other post of the inner ring combines with the concrete structure of the undulating upper rank, supporting the vertical loads from the spectator stands. The roof of the spectator stands consists of a tensile membrane structure with an inner ring and radial spokes. In detail, the roof is formed of 36 radial cable pairs which are tied together above the playing field via a double circular tensile ring consisting of cable bundles. 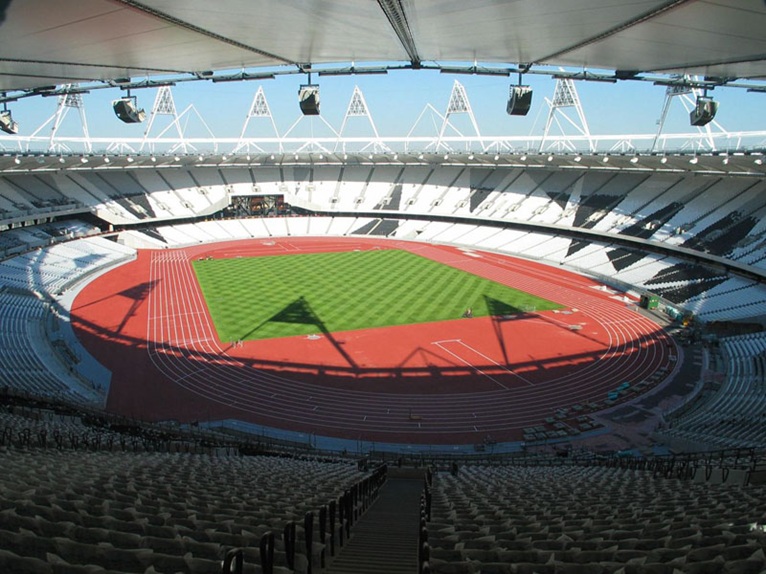 The stadium fought off strong competition from the probable pre-competition favourites; the London 2012 Olympic Stadium by sports architects par excellence Populous, which took the silver medal and the iconic PGE Arena in Gdańsk Poland, by RKW architects. It did win bronze in this category but also received an award for IPC/IAKS Distinction 2013. This award is given to architectural projects which increase the accessibility of all sports facilities and architectural projects in order to give opportunities to persons with a disability to practise and view sport freely and without barriers. 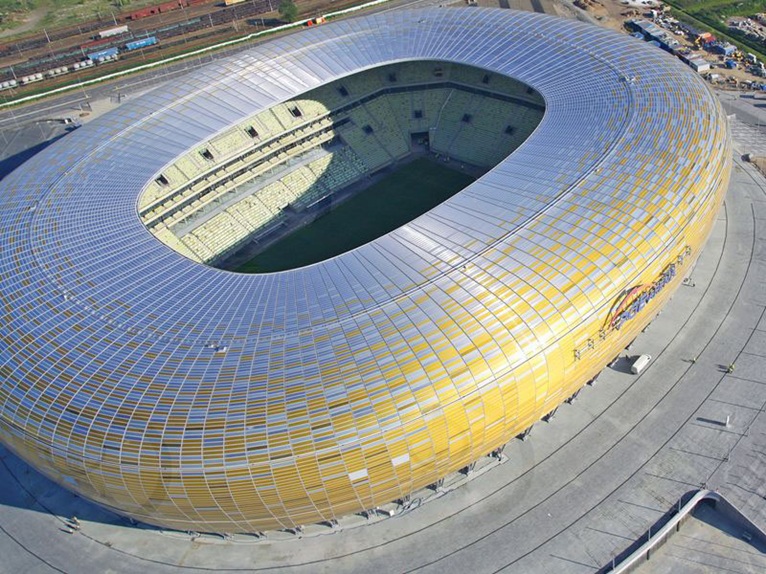 This award was also given to the The Copper Box - London 2012 Handball Arena by Make Architects, which also recieved the special prize, awarded for facilities remarkable for particular design features or particular exemplary characteristics. 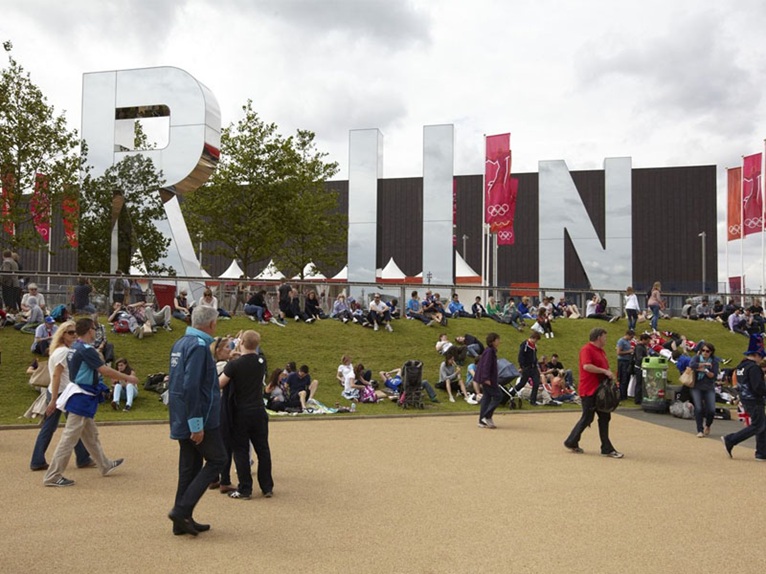 The complete list of winners of the IOC/IAKS Award 2013 follows:

Architects: GHB Landscape Architects with Centre for Sports and Architecture

The winners of the IPC/IAKS Distinction 2013