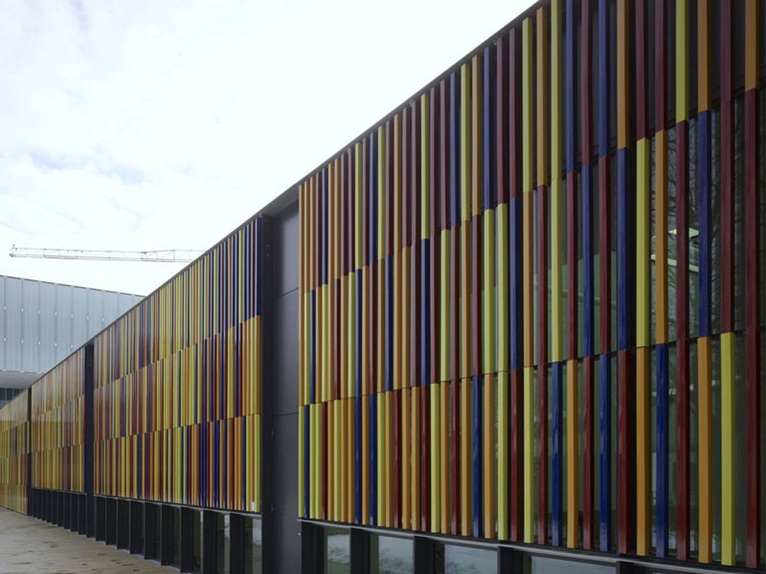 The latest project of Roman office Labics, Fondazione MAST - Manifattura di Arti, Sperimentazione e Tecnologia (Factory of Arts, Experimentation and Technology) was opened in Bologna on 4th October. The Foundation is a cultural and philanthropic institution, created to support the economic and social growth of the territory in particular, by stimulating creativity and entrepreneurship among the younger generations, also in collaboration with other institutions. 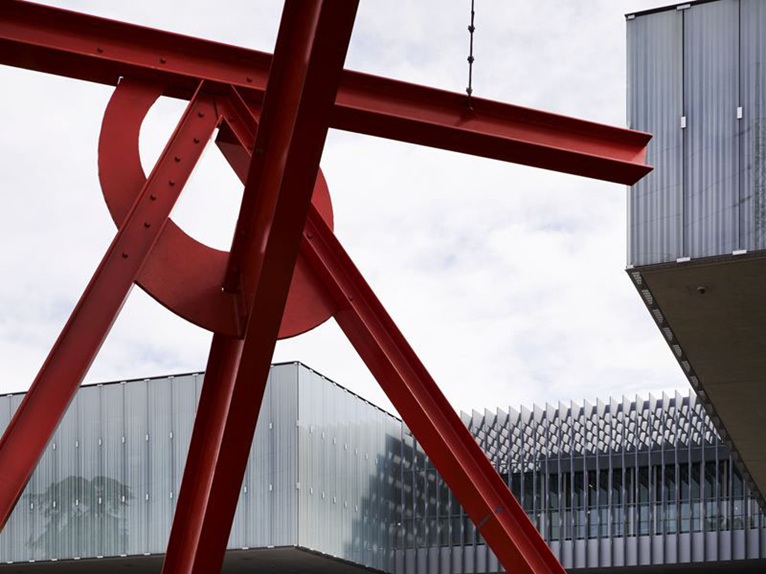 Requested by Isabella Seràgnoli, president of the industrial group COESIA of Bologna, the centre operates as a bridge between the company and the community in which it is located, by offering activities for the city's people as well as services to the company employees: a project of social innovation and positive interaction between the company and its community, along the lines of the one traced by Olivetti in Ivrea. 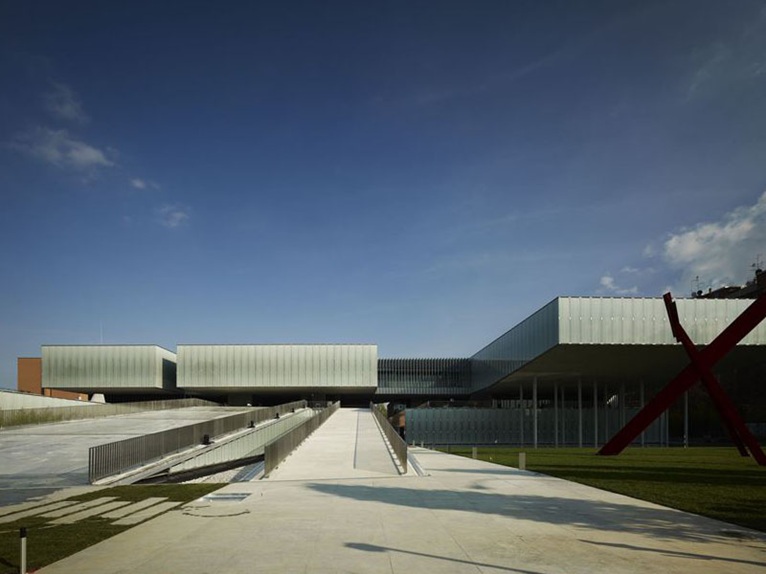 The building is the result of an invited competition published in 2006 and won by Labics (Maria Claudia Clemente and Francesco Isidori), chosen to develop the project. The work involves constructing a multi-purpose building with the dual objective of redeveloping and implementing services for the Coesia Group on the one hand, and on the other, of sharing them with the city. 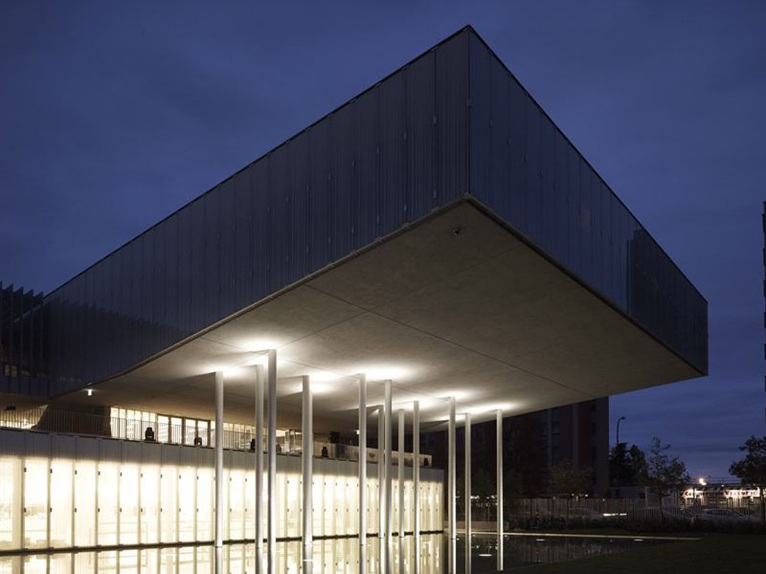 The articulated competition program envisaged the design of several areas designated to accommodating different activities. Labics interpreted it by bringing the different functions together in a single complex, so as to give greater strength and identity to the intervention, and to better interpret its role as an interface between the public and private sectors. 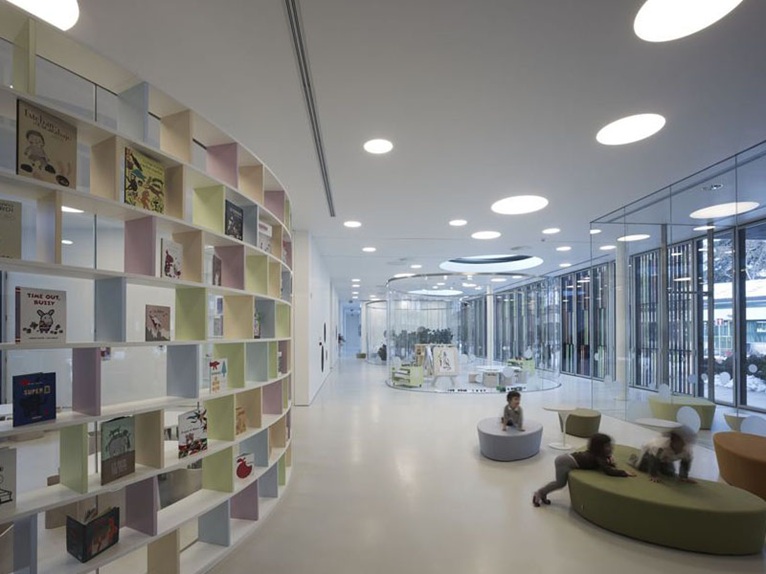 The result is a building complex, unified in its external image, but divided into pathways and functions, a kind of micro-city, open and dedicated to the arts, innovation and technology. Starting from the ground floor, MAST has a company restaurant, an exhibition hall, service rooms, a gym and a large kindergarten with its own garden. Upstairs there are two rooms for exhibitions with outbuildings and a cafeteria, while the top floor is partly occupied by a number of classrooms, a spacious foyer and an auditorium designed to accommodate four hundred people. Finally, there are three storeys of underground parking. 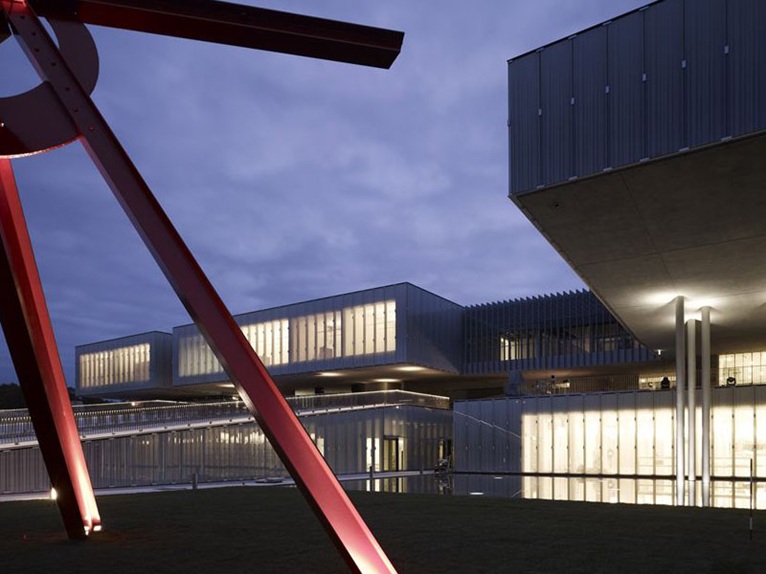 In response to the diverse and complex functional requirements, the building has been designed as a structured body starting from the flows of people and from the possible dynamic relationships between the various activities hosted; the numerous services have been organized according to the logic of performance and connection capable of triggering new functional relationships and unexpected ways of using space like those in urban fabrics. A continuous path that runs through the entire building, linking together all these activities and in turn with the city, the public space par excellence, thus transforming the complex into an organization open to the community, alive and dynamic. The exhibition space on the first floor, and from this the foyer and the auditorium, one of the nerve centres of the complex can be reached from the large ramps that extend from the heart of the building right up to the main entrance on Via Speranza.

Then, by crossing the full height vertical space you reach the company café and restaurant. The complex expresses a new and somewhat hybrid identity, which is not identified with any of the activities hosted but at the same time, is able to represent them all. 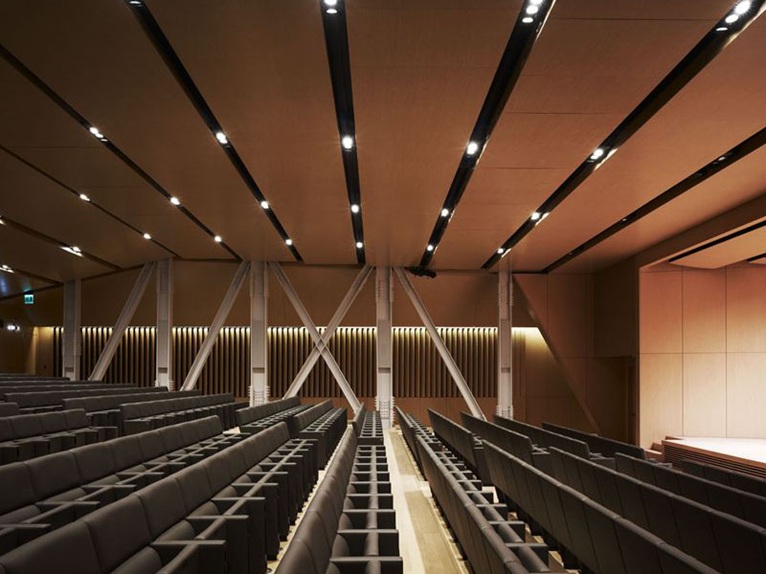 In terms of settlement, the building finds its own measure and calibre in the existing place and alignments by mediating between the minute and disaggregated surrounding urban fabric and compact masses and larger industrial buildings. The location of MAST on the border with one of the Coesia companies and opposite the company entrance has made it possible to emphasize its pivotal role between public and private, the city and the company from both a programmatic profile and from an urban viewpoint. The theme is declined in the markedly different design of the two main elevations of the building, the one facing the company and the one towards the city: the former, continuous and compact, like the volumes of the industrial area, the second is open to the city and the Rhine park and through the long ramps, inviting the public to enter the nerve centre of the complex. 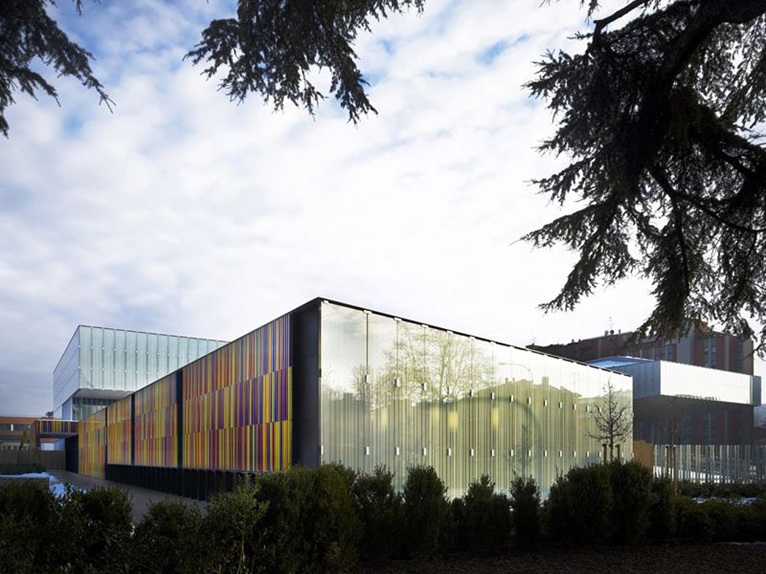 MAST is a lightweight, translucent and changeable complex. The cladding of the structure is made up of panels of etched glass, a second skin on the glazed envelope that protects all the spaces. At night, the building becomes a luminous object, revealing the lives of people who move within its spaces. The gardens and the outdoor facilities were designed by landscape architect Paolo Pejrone and hold works of art, including the fire-engine red sculpture 'Old Grey Beam' by Mark Suvero at the entrance.