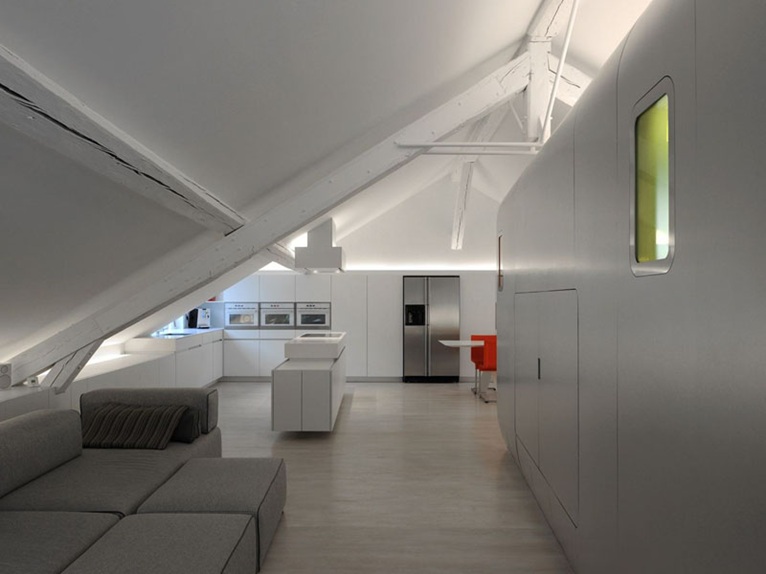 The Kempart Loft in Liege is a project born out of a meeting between the architect Daniel Dethier and his client, an avid fan of precision engineering. It is a demonstration of how industrial spaces can be turned into houses without being constrained by bland stereotypes. 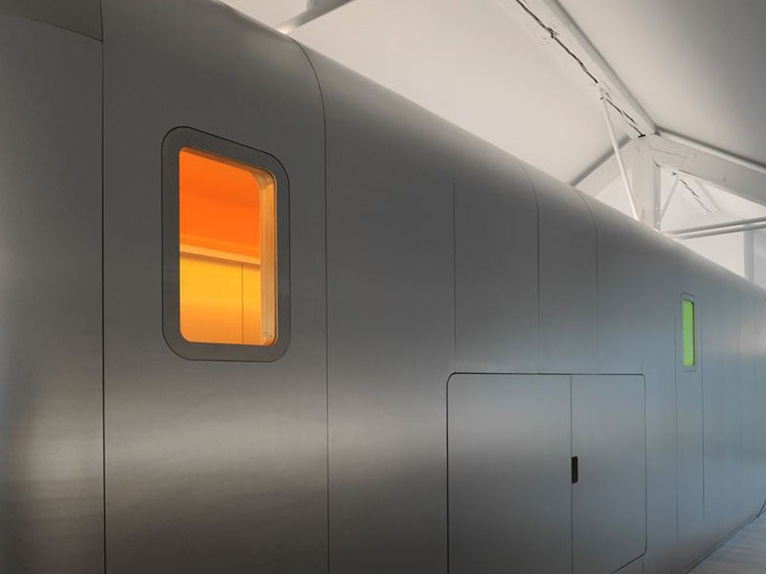 "We were fortunate to have a committed and receptive client who was fascinated by precision engineering.” says the designer “This allowed us to apply our research into a loft's reinterpretation, and to integrate a technically advanced architectural object. Our approach was, quite naturally, based on the client's profile rather than the site's historical nature – as it does not present any heritage value whatever. …. Hence, getting off the beaten track and proposing bold aesthetic choices combined with cutting-edge finishings was more difficult in this context than for other types of projects.” 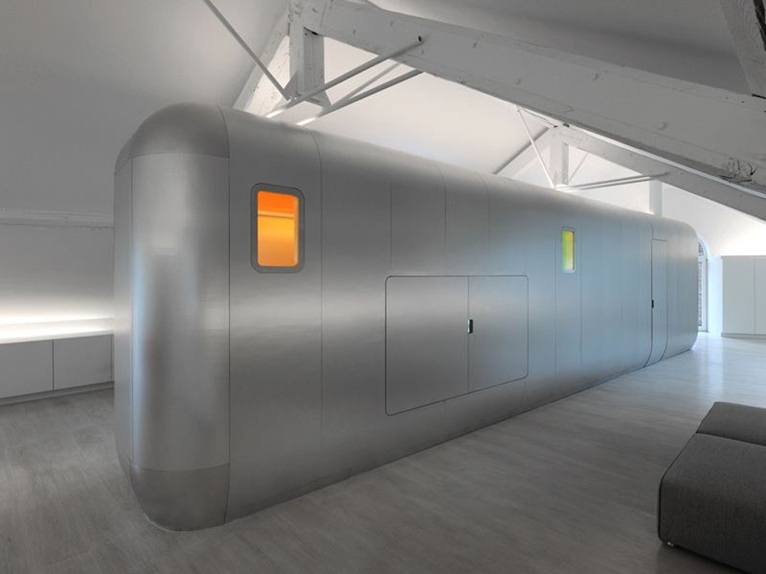 For the Kempart Loft, the concept was simple: to create a home for a couple with no children in an abandoned former industrial bakery. Beyond the basic technical requirements, the proposal was mainly focused on the spatial and functional layout. The existing space was 'opened' as much as possible by removing the tie rods and strengthening the rafters with metal plates set in the ridge beam. 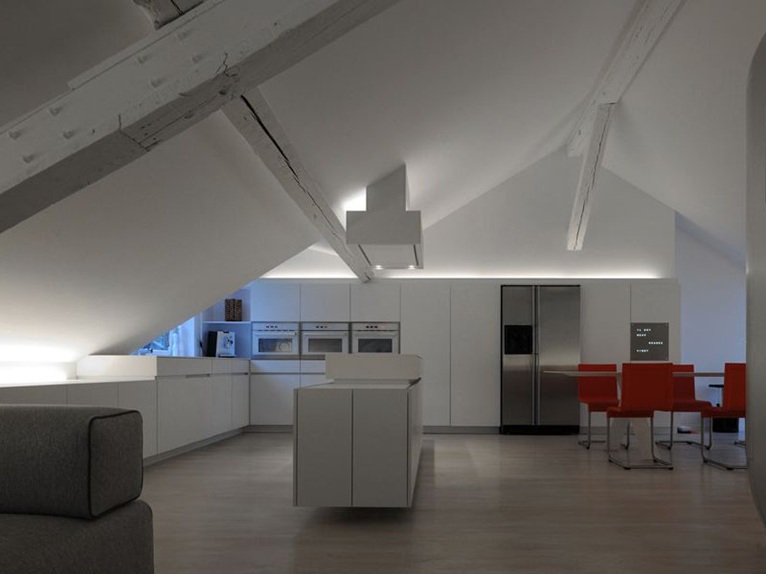 The resulting 154 sq.m. open-space was organized around an element containing the service areas: two bathrooms, a storage area and the heating and ventilation systems. 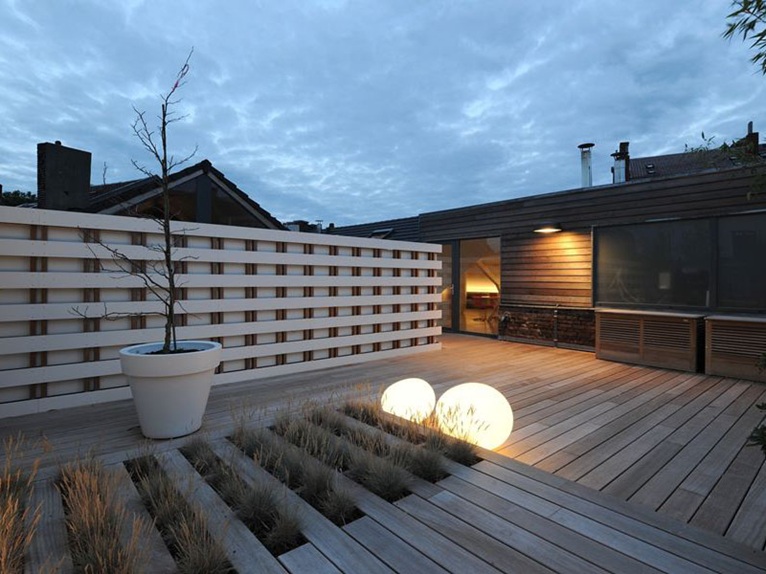 This aluminium clad “organizing element”, is inspired aesthetically by American caravans, the Airstream trailers. The bright colours used for the bathrooms, which can be glimpsed through three porthole windows were designed by the artist Jean Glibert. These elements give energy to the predominantly white interior, to reflect the indirect light and emphasize the brushed aluminium skin of the central unit. The pure lines and the range of colours create a feeling of lightness, enhanced by the simple but high-tech furnishings.