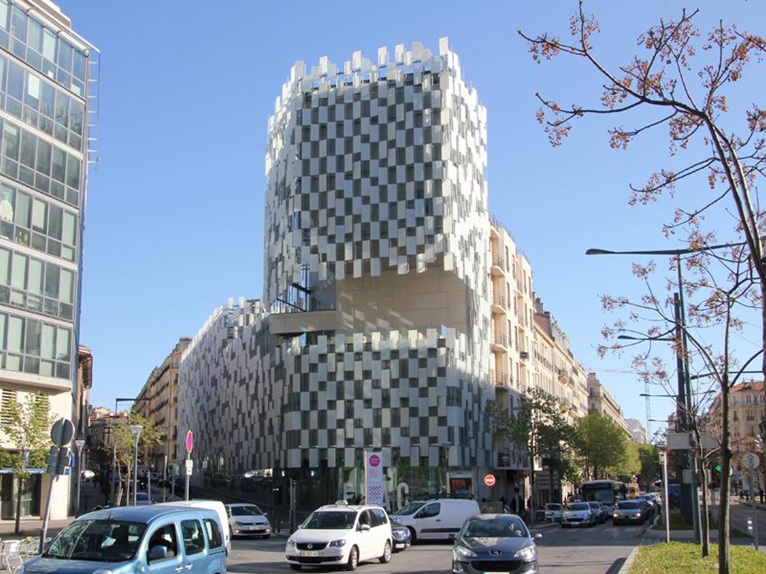 The city of Marseille, European Capital of Culture 2013, is enriched by a new building designed by the Starchitect Kengo Kuma, who was awarded the assignment in 2007. It is the new museum of the FRAC “Fonds Régional d'Art Contemporain”, officially opened on 22nd March 2013. 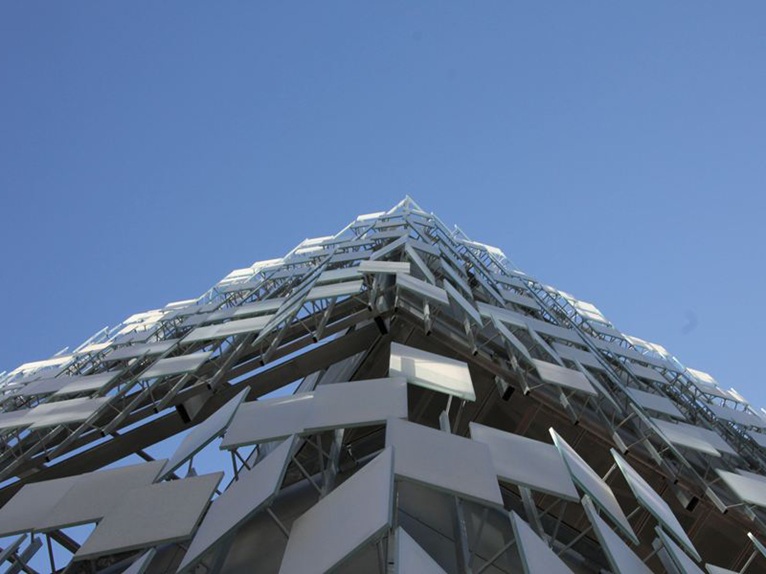 The museum building with its elongated shape has been built a few minutes from the Joliette district: the powerful expressive architecture, characterizing the surrounding urban fabric, is defined by an envelope of white glass panels fixed to the outer wall according to different angles. 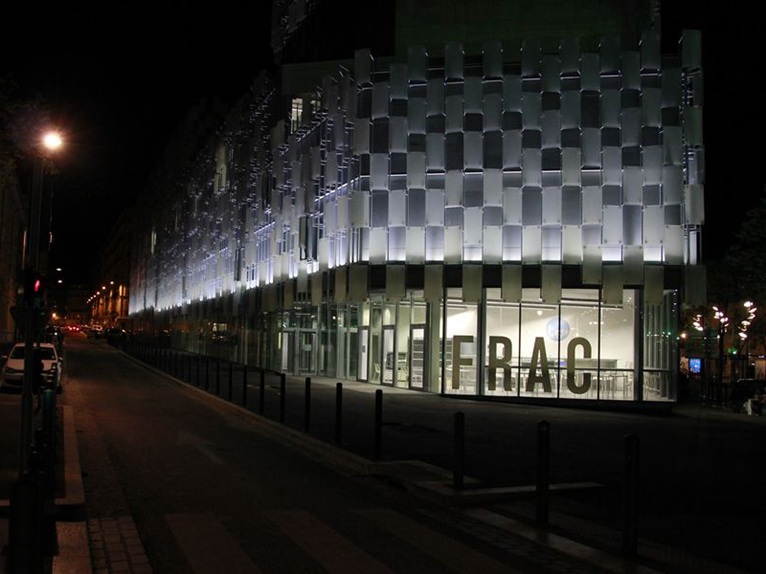 The pattern designed in this way by the semi-transparent elements, each measuring 63x26 centimetres, is made in collaboration with artist Emmanuel Barrois and creates the visual effect of breaking down the quite unconventional façade. 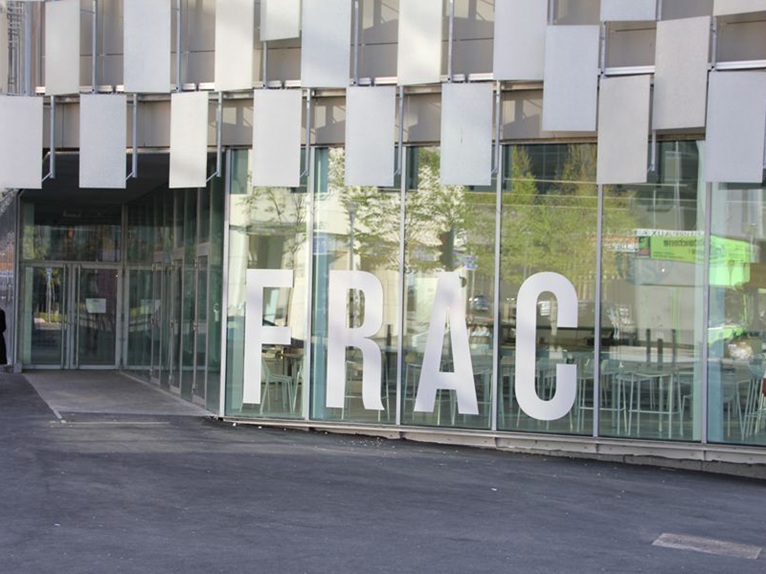 The interior spaces are characterized by the prevalence of exposed concrete surfaces, combined with steel uprights and stretched metal coatings. Two outdoor areas, intended for rest and entertainment, one of which opens halfway up the head volume (la Terrasse urbaine) and the other on the roof of the first floor are added to the two exhibition rooms. 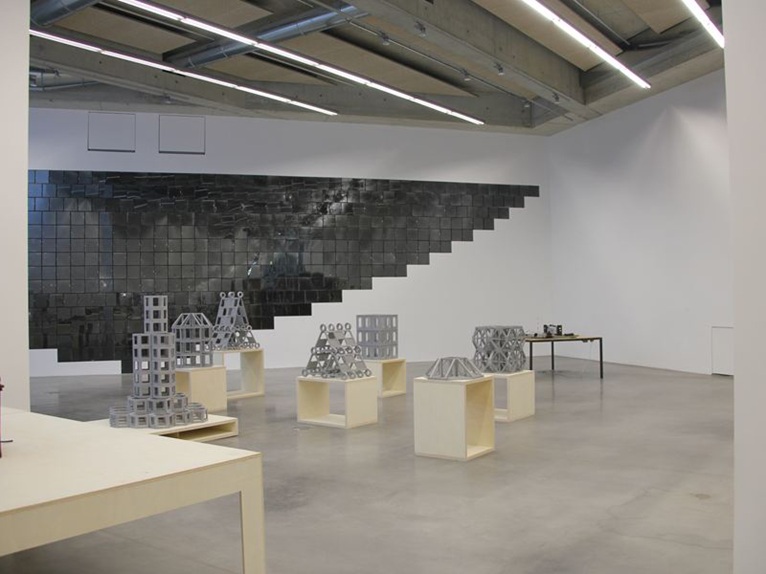 Kengo Kuma's project is a tribute to Le Corbusier's icon of Marseille, the Unité d'Habitation, in his intention of conceiving the house as a “machine for living”, eluding, as a result, the dimensional shift between the single building and the city.