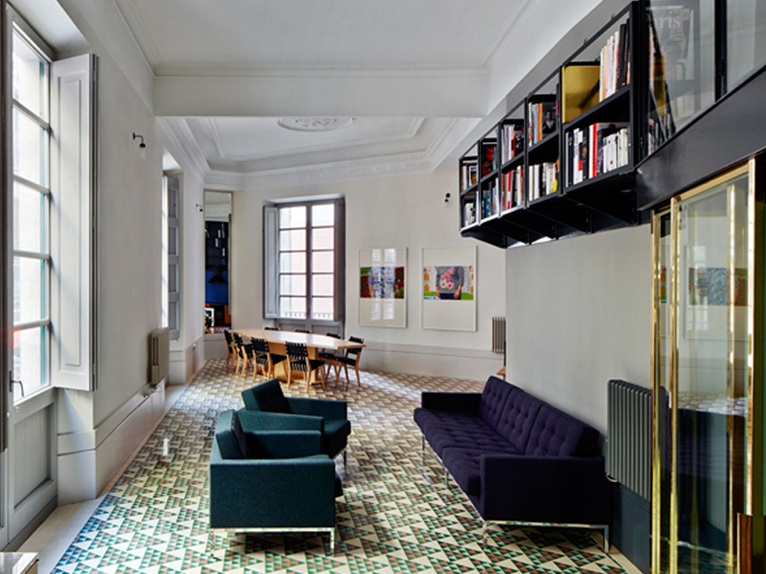 The apartment renovated by David Kohn Architects in Carrer Avinyó in Barcelona has won the “Best Interior Design” category at the World Festival of Interiors 2013 in Singapore.
The apartment in Barcelona's Gothic Quarter is located on the first floor of a corner building and is a triangular shape, echoing the public space in front: Plaça George Orwell. The whole project, which eliminates all internal transverse walls to create a large corner room, starts from this feature to develop the whole concept around which it rotates. 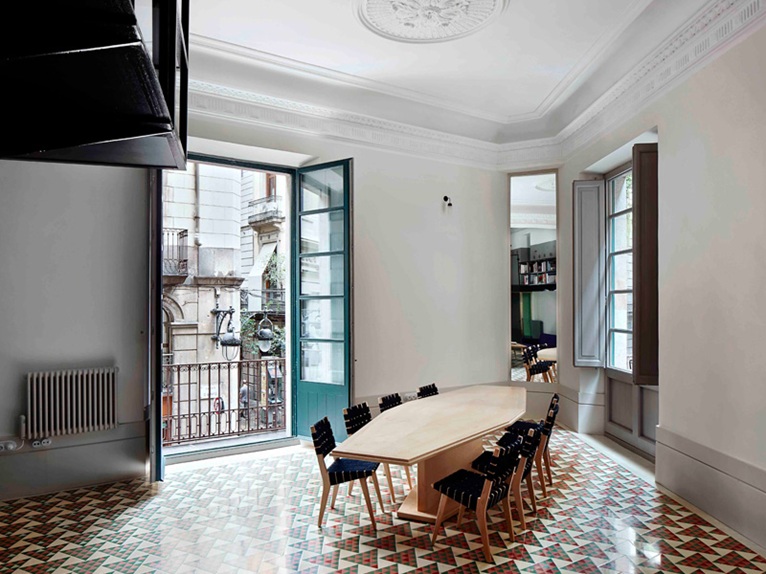 The new mosaic floor of the apartment is decorated with a triangular pattern that corresponds to the geometry of the floor. The tile pattern has been designed so that two different colours (green and red), from one end of the apartment to another, identify the private spaces of the two owners, two brothers from Barcelona who work abroad. The encaustic tiles, designed by Kohn, were produced by Mosaics Martí, the same suppliers of Antoni Gaudí. 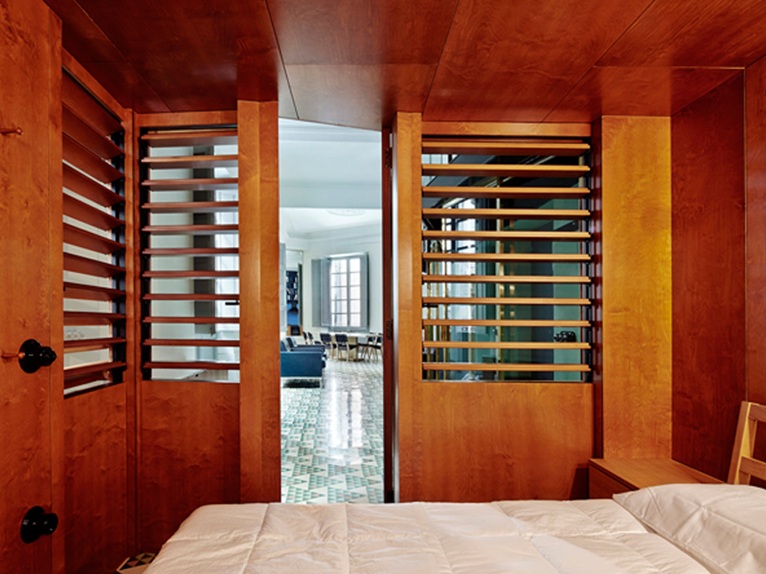 Bedrooms have been created within large pieces of furniture that have the appearance of small buildings - “the city outside the walls of the apartment is reflected by a miniature city inside.”
The suspended black steel bookcases become balconies/walkways connecting each bedroom with its own en-suite bathroom. 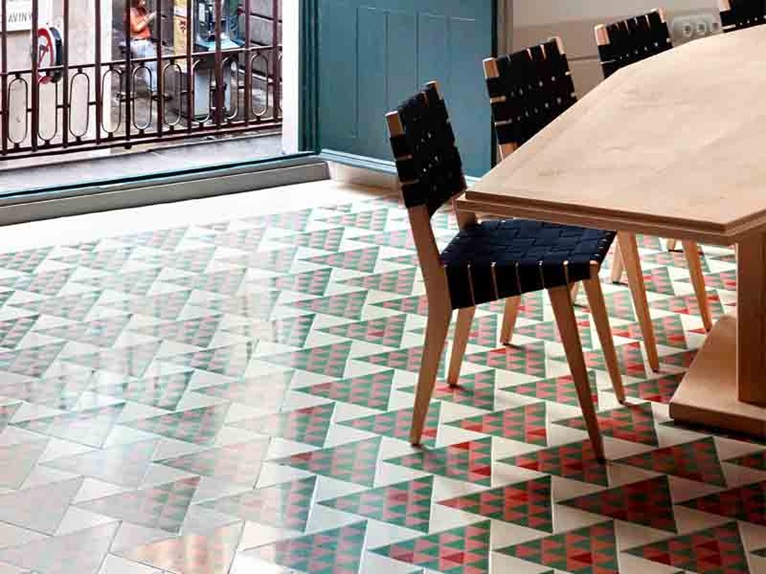 A large custom-designed dining table was positioned on the corner of the road, at the point where the red and green tiles are mixed, as an invitation to gather with friends and family.

Head Judge, Nigel Coates, expanded on the reasoning behind the panel’s final decision: “The project has a quality we set out to find today, that is the quality of magic. Spanning extremes of scale, it has become a suitcase you can sleep in but also a place for celebration and entertainment. The newly achieved large central room combines simplicity with a sense of space that stimulates curiosity.
The jury debated extensively where architecture ends and interiors begin. We thoroughly support the potential for these two worlds to cross into one another’s professional territory, but some of the entries seemed not to capitalise on the special skills that are evident in tonight’s prize-winning scheme.”

David Kohn commented: “We are absolutely delighted to have won the award. The project demonstrates how an interior can be about the city in which it is situated. An homage to Barcelona.”