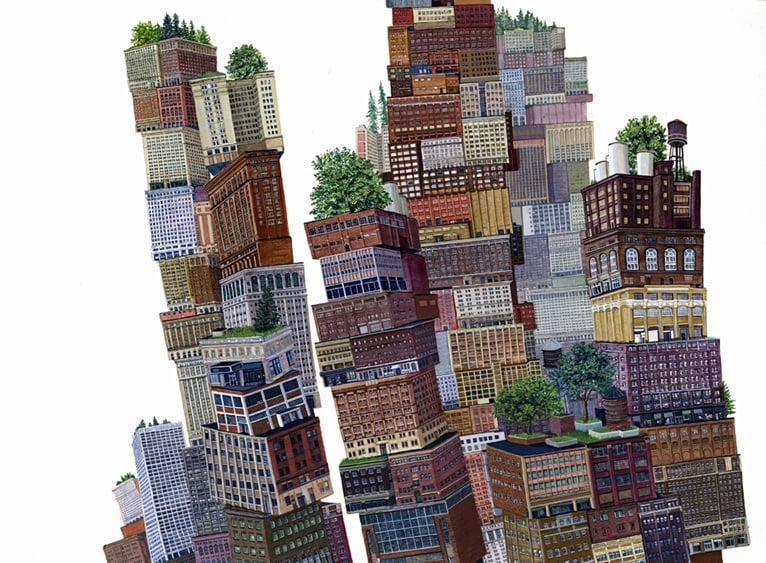 INTERVIEW _  Amy Casey is a painter based in Cleveland (Ohio), who has focused her graphic production in urban landscape and its evolution and transformation.

I talk with Amy about her graphic production and her fascination about cities and urban landscapes. 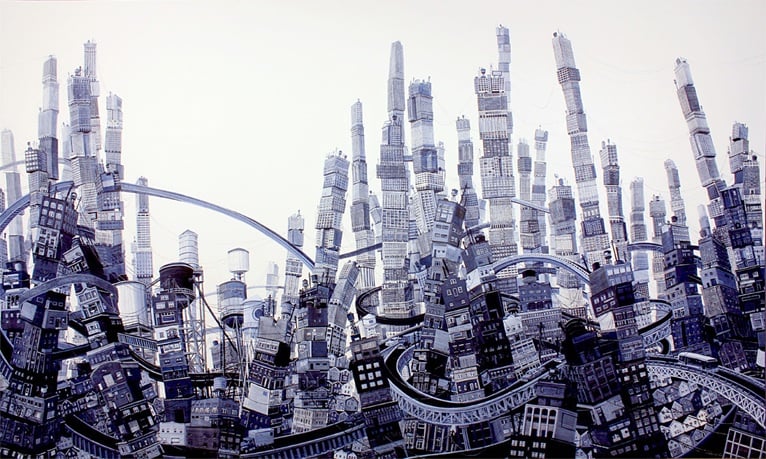 How was this project born?

I have always been inspired to make paintings by things  and events around me. In 2001 I moved back to Cleveland, Ohio which is a medium sized midwestern city, kind of struggling now as a former industrial force and trying to find a new identity.

I live in the city proper and had to walk and train and bus around the city because I don't drive. So I had a lot of time to look out windows and take in the view. Urban scenes began to appear in my work. There were creatures living there- they weren't human but not really any particular animal either. Not a lot was happening in the paintings, just these strange animals living day to day- and then around 2004/2005, a bunch of difficult personal things happened in my life and in lots of peoples life, things like the Indian Ocean tsunami, or Hurricane Katrina amongst other things.

I was having all these anxiety dreams about the world ending and so  I was thinking what sort of difficult thing could touch the world I was painting. So I created problems, then tried to solve problems and save the city dwellers in the paintings. As I solved problems, I frequently created new problems, usually by accident but occasionally by design. So things swung back and forth and the cities grew.

Now I think I am more interested in growth and sustaining growth and ideas of community and working together. Eventually the whole thing may grow into something else, and that's okay too. 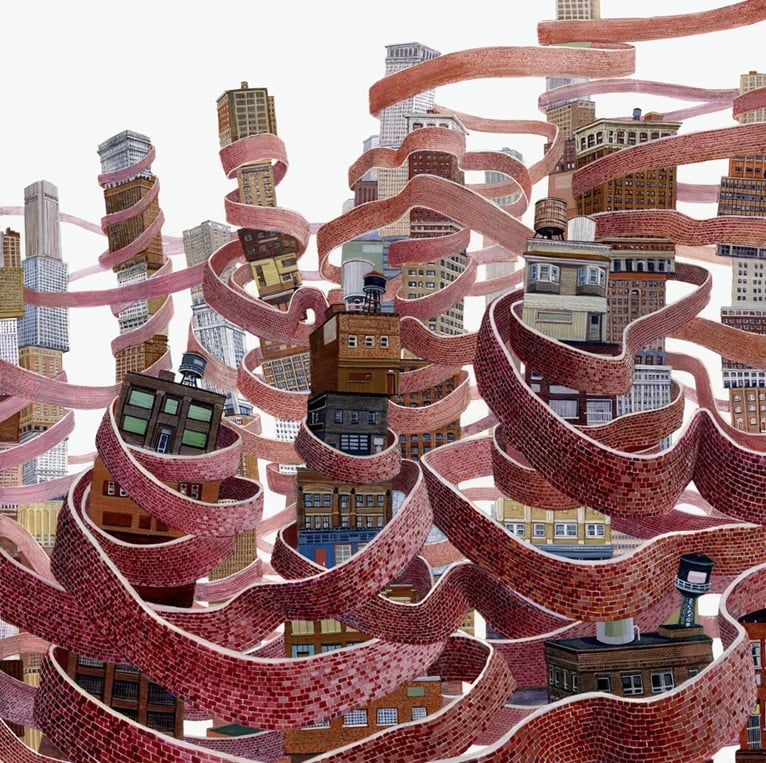 Why are you fascinated by house and city dynamics?

I'm not sure, but there's a wealth of things to paint in cities, and especially nice for nit picky painters like me. I love tackling a whole of integrated parts and also making each part precious and cared for. I think cities are probably one of humans greatest inventions and they constantly are growing and changing and have all this overt and hidden history.  I find them fascinating and think that looking at them informs you about the people who make them.

I don't know that all that comes across in my work, but I hope I touch on these things. I also frequently find myself pretty ineffectual as an individual citizen, so maybe the paintings are also a little bit of escapism, where I can make everyone work together to rise or fall. 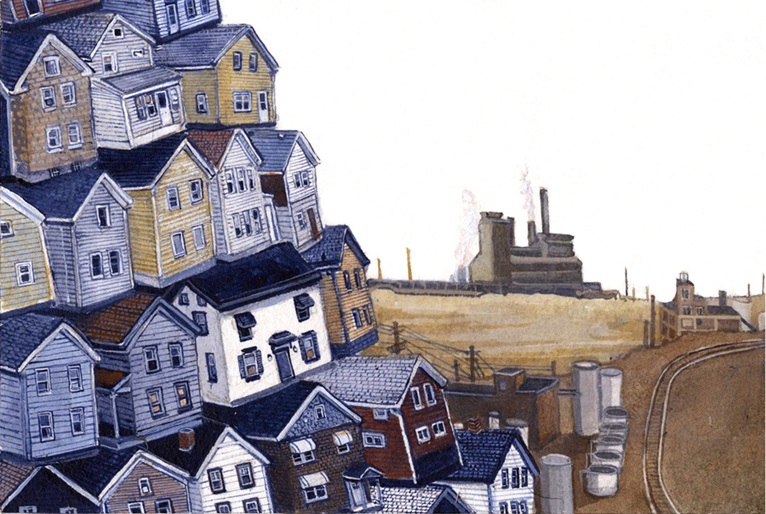 Mostly I've been following cause and effect, and thinking about questions like why and what next? Often looking at my own paintings makes me wonder what if.  And sometimes I find a painting in my head that I just really want to see in real life. As reference material for the buildings in my paintings I take photographs - this project is a great excuse to explore my own town- and whenever I travel I sometimes pick up some images of interesting buildings.

Occasionally if it is very late at night, I image search on the internet, but I feel more connected to them if they are buildings I know and have experienced. I also read about urban planning,cities, and architecture when I have time. I don't usually draw too many direct painting ideas from that, but I'm sure the information seeps into my subconscious. 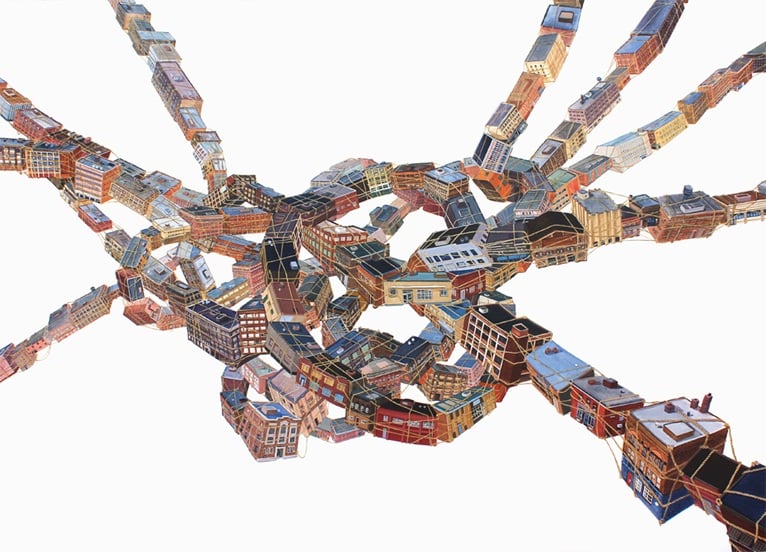