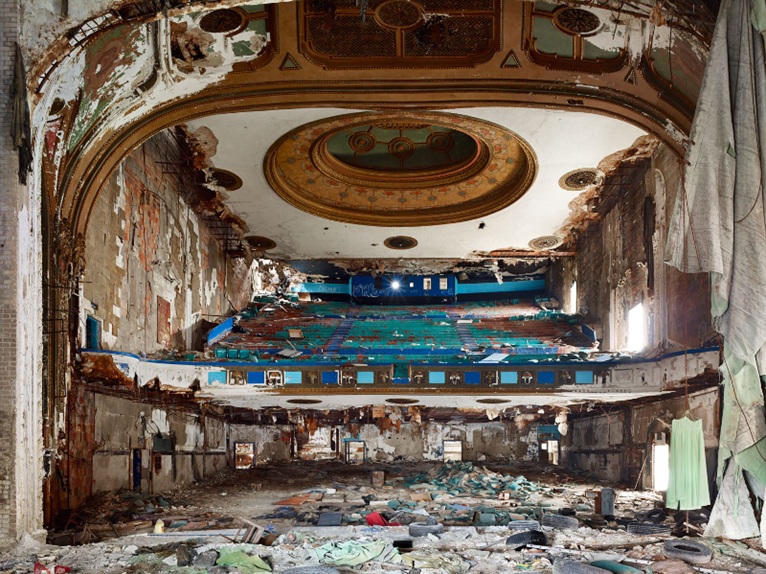 “These are the last large format architectural photographs for many of these structures”  (Philip Jarmain). 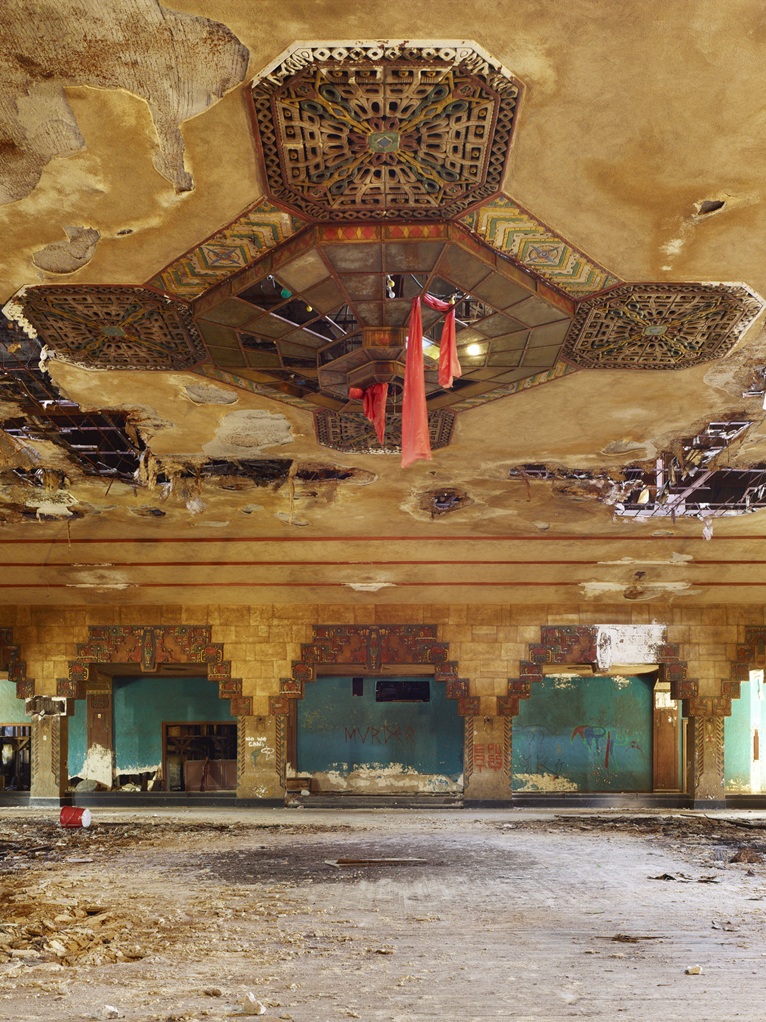 Since 2010 Jarmain has been documenting the increasingly rapid destruction of the interiors and exteriors of monumental public buildings. Twenty fine art prints 4 x 6 and 5 x 7 feet in size, are installed on all three floors of Meridian Gallery. 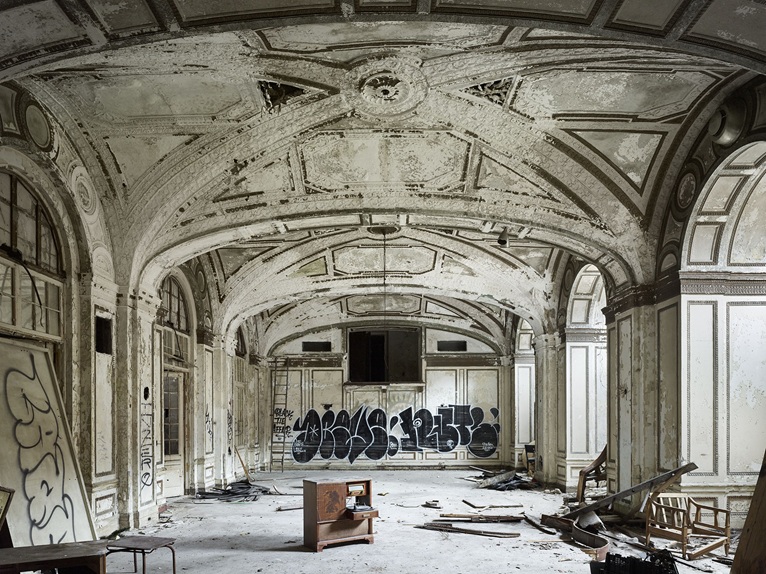 Philip Jarmain photography is work of great visual impact, the scale and definition of the images translating for the viewer into space that one enters, a physical presence that one feels, and history that one contemplates. These images are an opportunity to consider the historical and current state of Detroit as an American city. 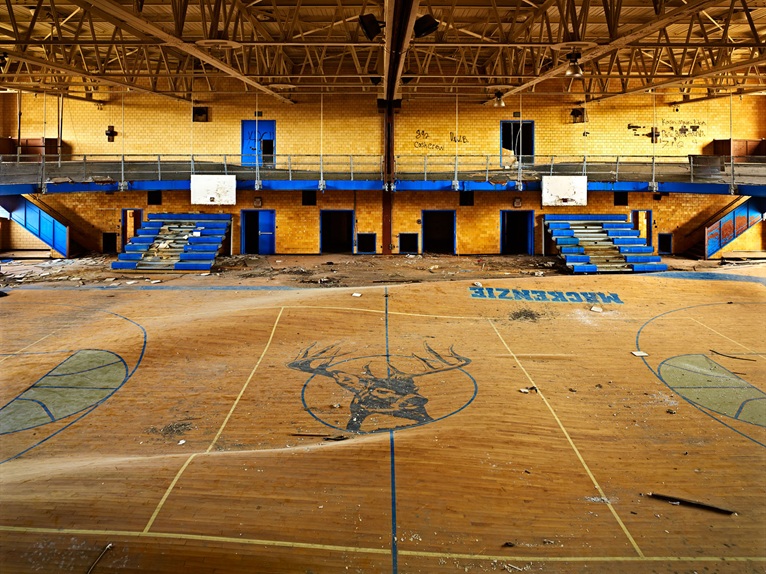 The city of Detroit has had an unprecedented impact on the industrial age and the modern world. Once called “The Paris of the Midwest,” it was a city driven by innovation and craftsmanship. The architecture of Detroit in the early 1900s rivaled that of New York, Chicago, or Paris. Then came the Great Depression of the 1930s. 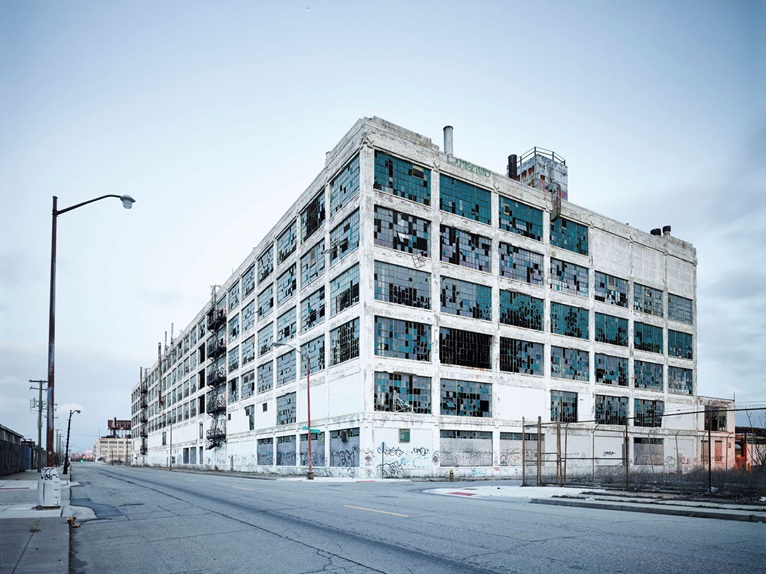 Though Detroit would rise again, the era of opulence was over. The boom of the 1950s did not produce another architectural renaissance. In 2009, the US recession hit Detroit like a second Great Depression, compounding the decline and the ruin. The population dropped from 1.8 million people in the 1950s to a current population of 706,000. 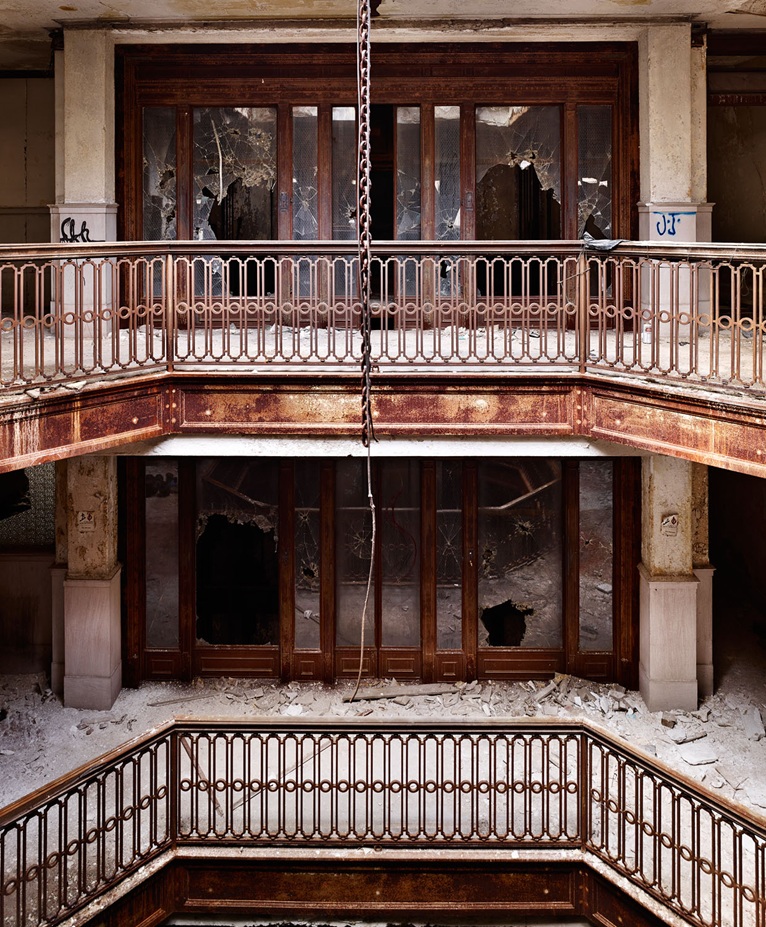 The unemployment rate is now over 30%. The majority of these majestic pre-Depression buildings are presently being destroyed at an exponential rate as they lie victim to scrappers, arson, and demolition. Despite these events Detroit -- Motown -- remains a cultural powerhouse and the passion of its residents is infectious. 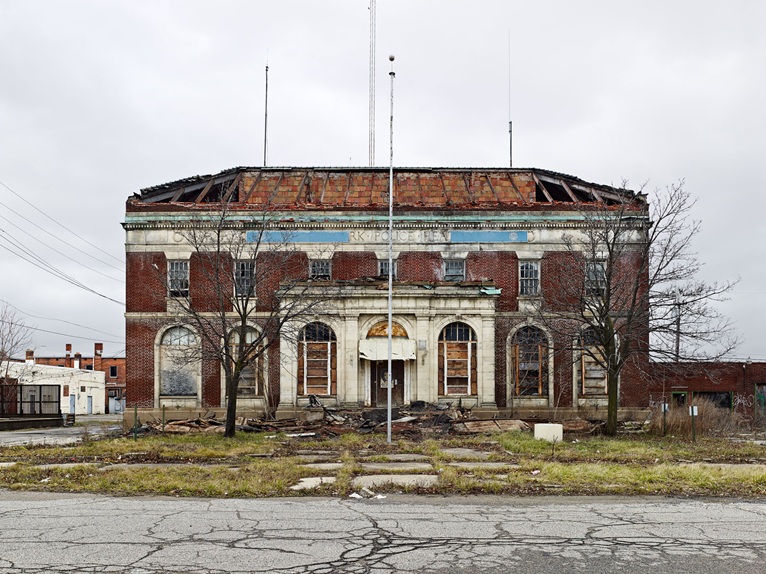 Philip Jarmain is a photographer specializing in conceptual advertising and is based in Vancouver and Toronto. His personal work has focused on traditional architectural photography of significant structures in cities around the world. His cinematic background has made him a photographer who concerns himself with process and the team that help to achieve that process. Jarmain’s work has received many awards as well as being featured in international publications. 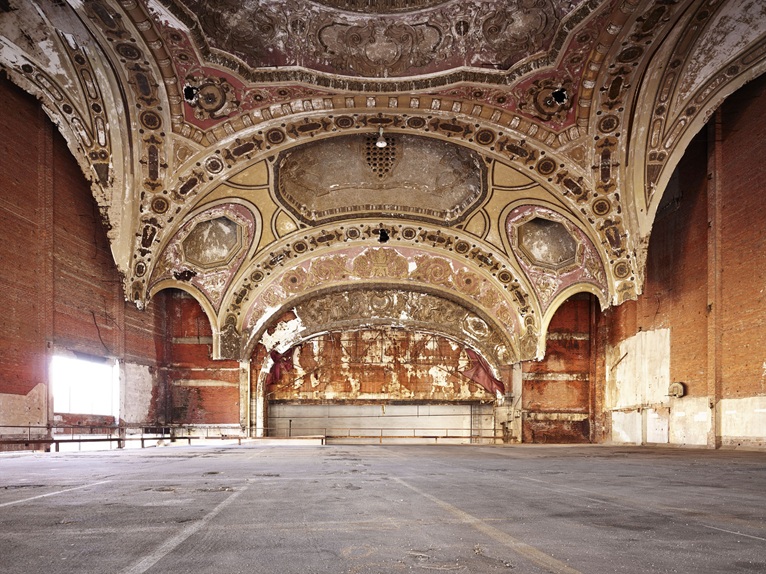