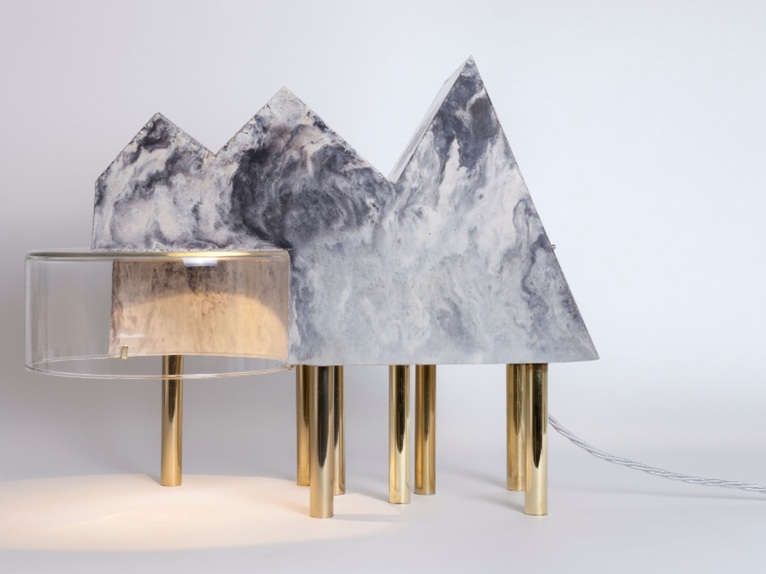 For each edition, there are four group of designers in total. Each of them is given a short deadline to create their response, using the exhibition and the language of design to start a dialogue with each other and the audience about design, the design process and the interconnection of ideas. The resulting objects and explanations about the process by which they were conceived are unveiled during an exhibition at the Roca London Gallery during the London Design Festival.

The exhibition’s curators, Florian Dussopt and Géraldine Vessière, asked Music composer Nick Phillips to be the final designer in the process, which involves five designers responding in turn to an object created by their predecessor.

Mountain Light, by Studio Swine, is a desk light embedded in rock and elevated on brass legs to give an architectural feel. Warm LED lights are used to bring a summer ambience to the interior all year round. 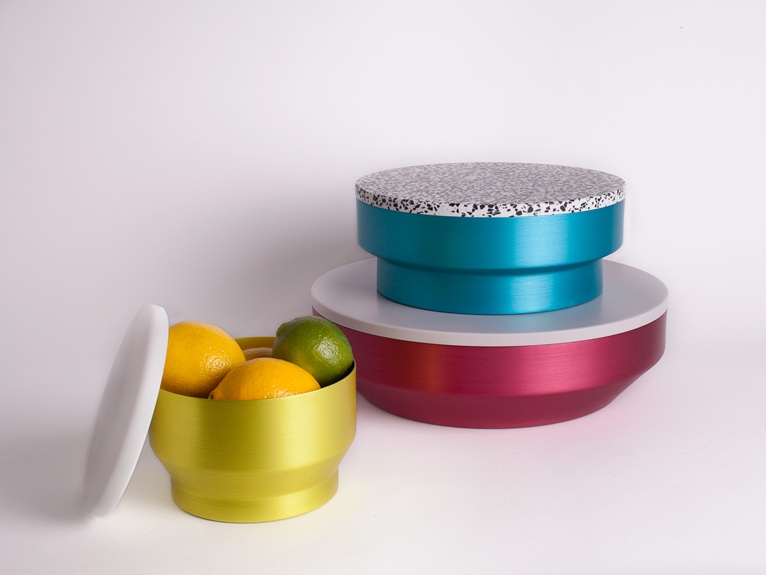 Summer Bowls is a group of containers inspired by the colours and tastes of ice cream. Created by design studio 45 Kilo, the bowls are handmade using a traditional metal spinner, which leaves traces of the wooden mould on the metal. Colour-anodized aluminium surfaces, more commonly associated with digital devices, and Corian tops give the bowls a contemporary feel. 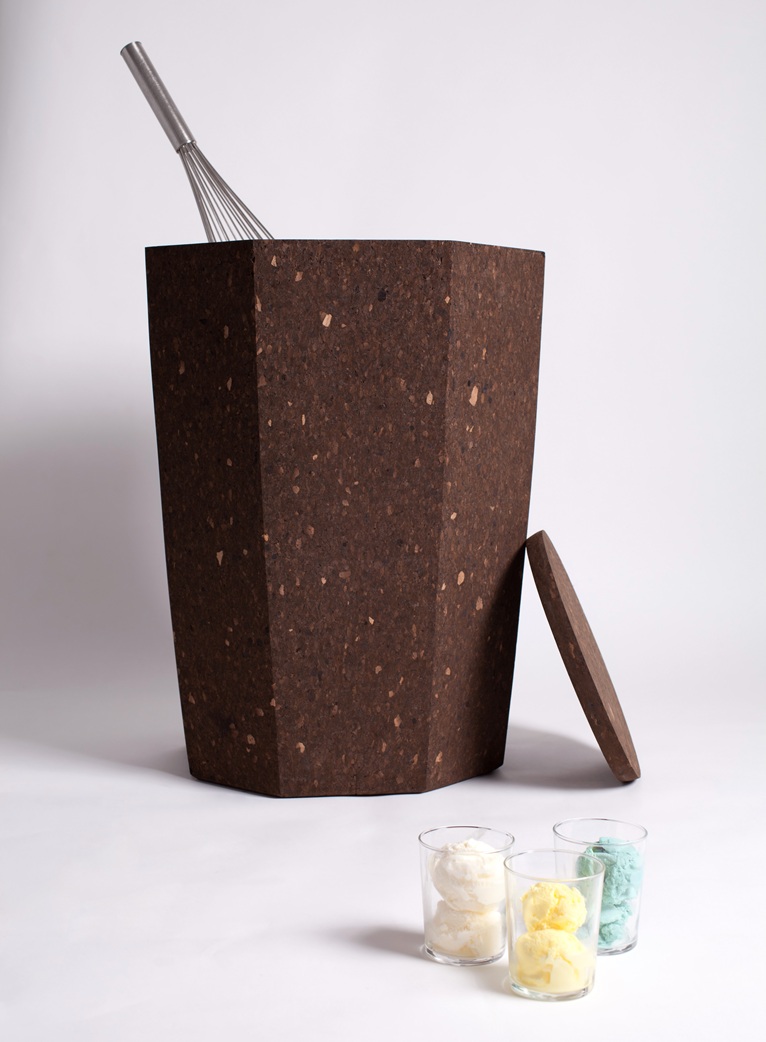 Italian food designer Jacopo Sarzi was inspired by the ancient technique of ice cream making, after spotting similarities between this and the traditional method of soap making. He shows two objects, an ice cream maker and a bar of soap. 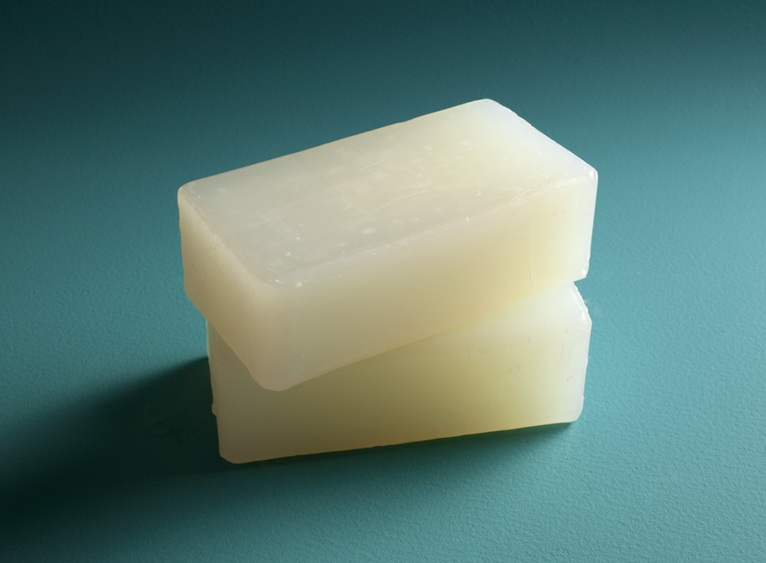 Inspired by the book matching technique used in the wood and stone industry by which a solid block of stone is cut in two to open like a book to create a mirrored pattern, Lex Pott created Reflections, a marble room divider and a series of six shelves. 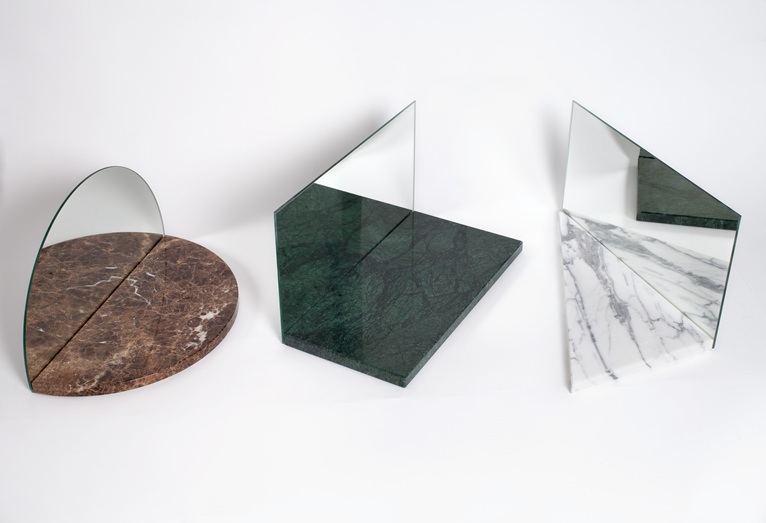 “What’s very important about Design Exquis is that it’s an activity of reinterpreting, redesigning; doing it again in another way, so I think it’s a very nice conception of design, " says 45 Kilo’s Philipp Schöpfer. 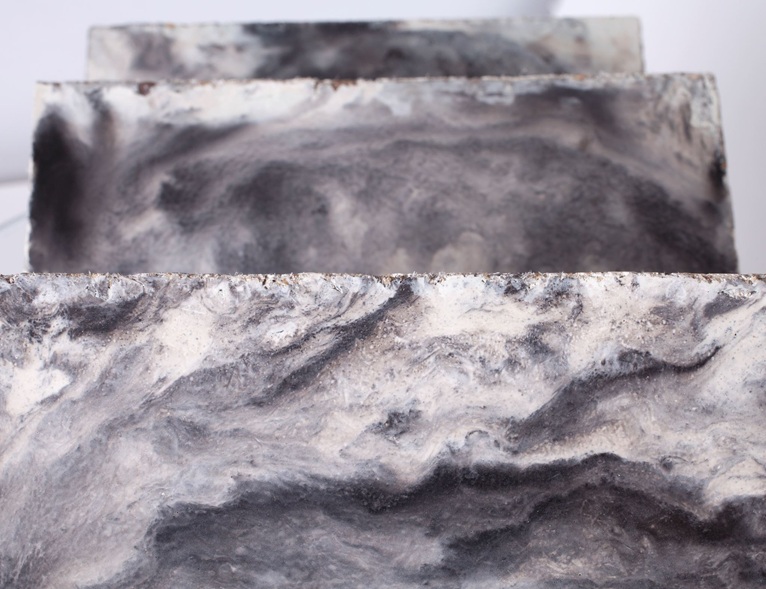 "We were really excited when we were asked to participate in Design Exquis – Roca Edition and were really interested in how Exquisite Corpse could be applied to a design process. We knew we'd be showing in this fantastic gallery space designed by Zaha Hadid and we know she's done incredible things with concrete in the space, so we wanted to push concrete in a different way, " comments Studio Swine ‘s Azusa Murakami.