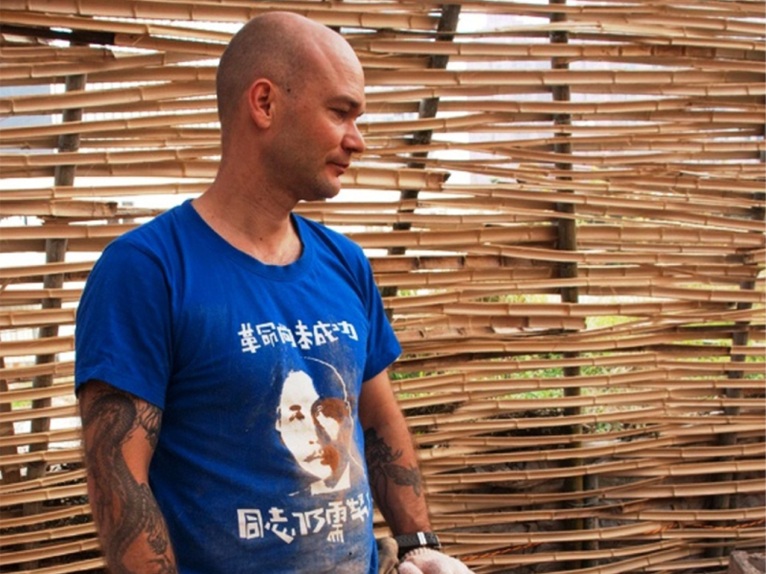 10/09/2013 - Marco Casagrande, the Finnish architect, environmental artist, urban philosopher, architectural theorist, writer, renegade, and professor of architecture is the recipient of the 2013 European Prize for Architecture.

Since 2003, he has led the Casagrande Laboratory in Helsinki, Finland and WEAK! together with Hsieh Ying-Chun and Roan Ching-Yueh in Taipei, Taiwan. Previously, Casagrande worked and collaborated with the Finnish architect, Sami Rintala. The Casagrande & Rintala team produced architectonic installations moving in-between architecture and environmental art for five over years.

Casagrande views cities as complex energy organisms in which different overlapping layers of energy flows are determining the actions of the citizens, as well as the development of the city. By mixing environmentalism and urban design, the architect develops methods of punctual manipulation of the urban energy flows in order to create an ecologically sustainable urban development towards the so-called “Third Generation City” [post industrial city].

Over the last few years, he has taught and worked extensively in Europe, Asia, and North America

designing and building sustainable and ecological designs while forwarding his unique architectural philosphy. His work is a cross-disciplinary mix of environmental art, architecture, sociology, and urban thinking.

Over a few years, Casagrande has brought together experts from the disciplines of architecture, urban planning, art sociology, and science and has successfully conceptualized the Third Generation City, Ultra Ruin, and Urban Acupuncture, prophesizing a future for architecture that is based upon profound local knowledge. At the end of the project, he will use insect architecture, recycled buildings, ancient literature, and demolished leftovers as a ruin to coexist with nature.