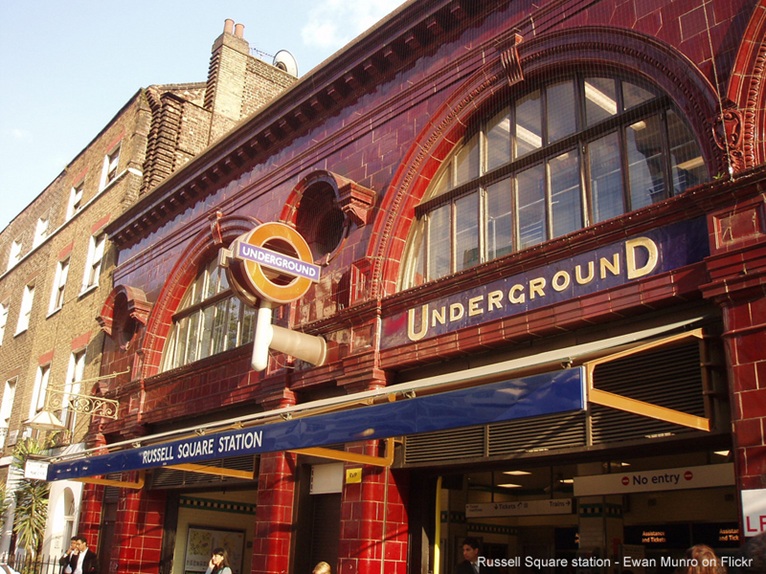 The London Underground is the oldest subterranean rail network in the world. It first opened in 1863 and was quickly embraced by Londoners looking for an easy and efficient way of travelling through the city. During its 150 year history, the Underground, or the Tube as it was dubbed by Londoners, has become a focal point in the city’s history; from its innovative inception during the Industrial Revolution, through being used as air raid shelters during the Blitz, to being a key mode of transport for spectators during the 2012 London Olympics.

In addition to this, the London Underground also has a rich architectural heritage. From Italianate to Art Deco, London’s Tube stations are a journey into 150 years of architectural styles.

When the first stations were built in preparation for the Underground’s launch they were created in the same Italianate style as many over-ground stations at that time. The Italianate movement was in fact already falling out of fashion by the 1860s, which is why few stations were built in this style. Many of the Underground’s original stations have since been refurbished or closed, but at Baker Street station you can still see the large semi-circle windows and balconies that were common details of this style, the original domes that were used to provide natural light to the interior ticket hall are also still intact.

In the Edwardian period architect Leslie Green designed 50 stations in just four years. Most of these stations featured Green’s distinct style of ox-blood coloured tiles and retained the semi-circular windows of earlier stations. A majority of his stations were designed as two-floor buildings that were constructed using a steel frame, a construction style that had recently been imported from the US. The stations’ design were inspired by the Arts and Crafts movement, which is evident in the simple exteriors that have an absence of ornate embellishments that were popular during the Gothic Revival and Italianate periods just before. Many of Green’s stations remain including Russell Square and Belsize Park.

As London expanded outwards in the 1920s and 1930s, Tube lines increased to accommodate these new areas. This led to a number of Art Deco inspired stations being built, many of which are still standing today and can be seen on the outreaches of several lines. One of the most notable of these is Southgate station. Designed by Charles Holden, Southgate station is a circular building that has a concrete roof that appears to be supported by nothing other than windows, which provide natural light for the ticket hall. At the centre of this roof is a feature that resembles a tesla coil. Another key point about these Art Deco stations is that they are normally single-storey buildings, a departure from the common two-tier structures of earlier periods. 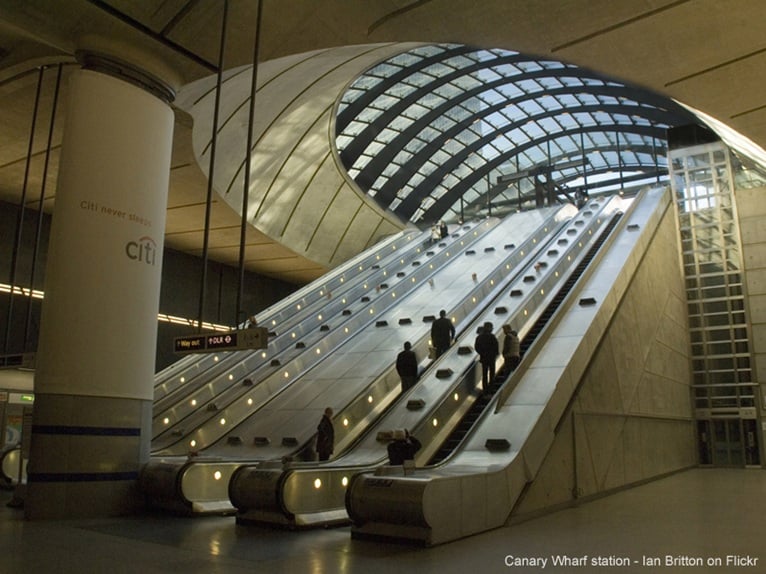 Opened in 1999, Canary Wharf is an example of late 20th Century architecture. The station was designed by Foster and Partners between 1991 and 1999. The interior station was built to accommodate 50,000 passengers a day, but despite its large interior, the outside of the building is relatively unobtrusive. The interior station is designed in a retrained and minimalistic style that increases its sense of space. The exterior is a curved structure that is made predominately of glass, which allows natural light to fill the station below and is reminiscent of the glass domes that were used on the original Underground stations built in 1863.