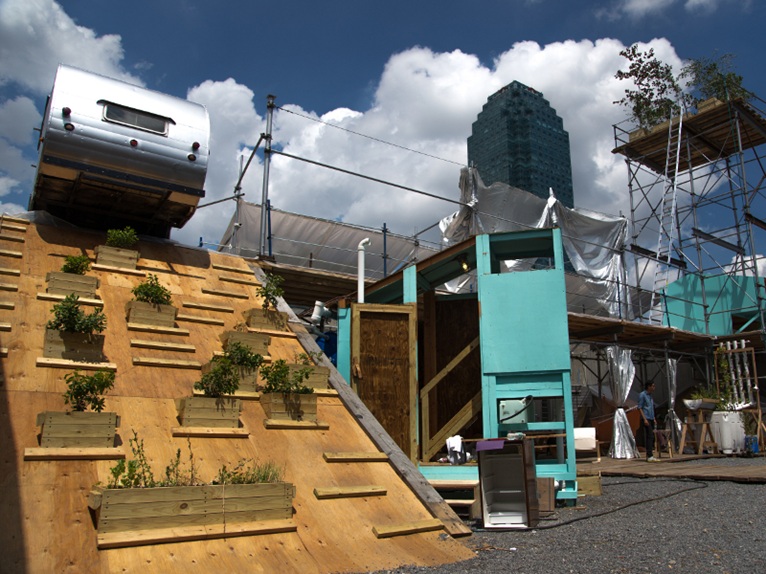 INSTALLATION - The devastating effects of natural disasters and economic volatility have spurred architects to reconsider how to build in a tumultuous world. Argentinean architecture firm a77 has created MoMA PS1 ColoNY in the outdoor courtyard of the museum in which artists, thinkers, architects, and other cultural agents are invited to live and work communally.

I spoke to Gustavo Diéguez and Lucas Gilardi about the concept behind their project and the opportunity to create new socialization spaces in the heart of NY.

Could you talk about the concept behind the project?

The concept of ColoNY is an initiative of MoMA PS1 in the context of the exhibition Expo 1: New York. Expo 1 was conceived as a reflection about the place of ecological and environmental awareness in the contemporary collective imagination.

We were invited to design and build the colony project after our previous experience in the Centre de Creació i Pensament Cotemporani de Mataró (Can Xalant). There we built a community equipment made ​​with recycled old mobile homes, combined with preexisting scaffolding structure. That project, known as We Can Xalant, is a device that facilitates the connection between the institution and the community, strengthening ties and participation.

In our previous projects like We Can Xalant, Nomadic Cultural Center or El Gran Aula, we tried to move the museum and cultural dynamics to the streets. A reverse action happens with the ColoNY: the museum opens its doors to become livable. The museum becomes a house, hotel, community or neighborhood, a portion of city to think about the future of cities and the environment.

Colony is a collective experiment, an agent of transformation, a hybrid interface between the museum and the city. It is an experiment that will stage a series of questions. How far can a museum unfold? How many filters and barriers inscribed in their statutes is it determined to dissolve? And a question that is rooted in critical moments of changing times: Which protocol requiring the new collective experiments? (Latour, 2001) 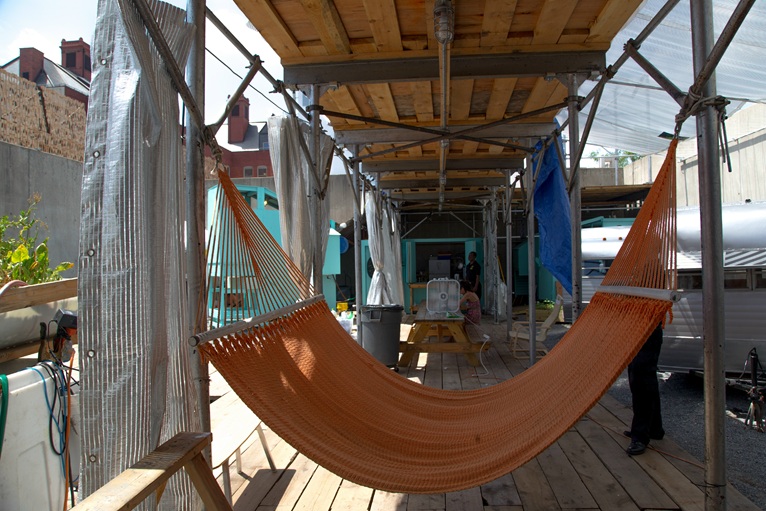 Which are the references or which project responded in a smart way to a natural disaster situation?

We chose to work with mobile homes because of their wandering nature and their provisional character regarding refugee camps for natural disasters, but also to the romantic and utopian idea of living in a nomadic community. Perhaps the museum is the refuge of that utopia. A utopia that is in New York, for example in the community of Bushwick, who was Joe Diamond in 2009. 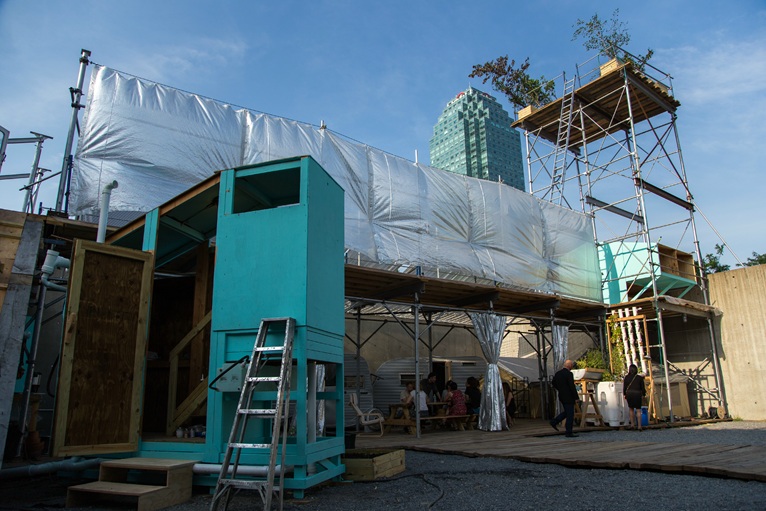 Can temporary installations like yours or YAP structure be a solution to create new socialization spaces for the city?

This project is not only the representation of a finished object. It began to be visible from the first day of the participatory construction in the courtyard of the museum. Museum visitors could see the work of the volunteers who signed up to work as a work in progress. The conviviality of the group in charge of the construction was part of the initial phase of the work.

For us it is important as a model to replicate. We believe in the transformative power of institutions. The moments of crisis, economic or natural, are opportunities to rethink and redefine partnerships and new settings, between institutions and individuals, to give new meanings to reality.

The experimental construction in the public space, funded by institutions, is what we want to happen more often, as an example of horizontal collaboration and at different scales. 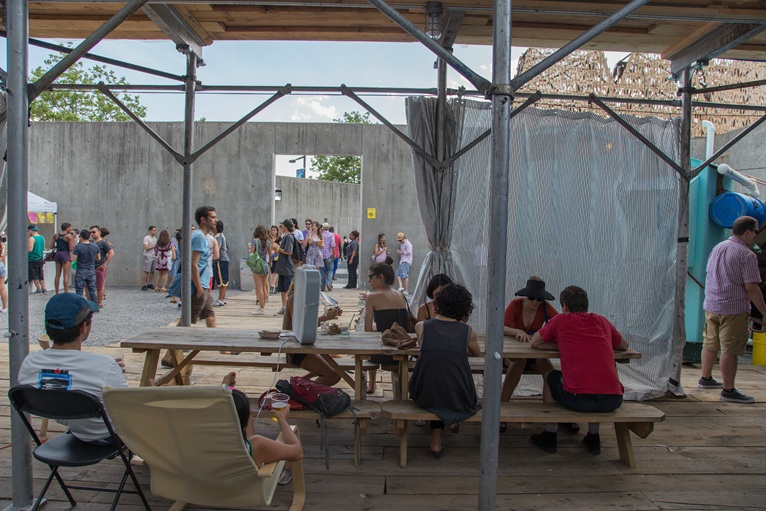