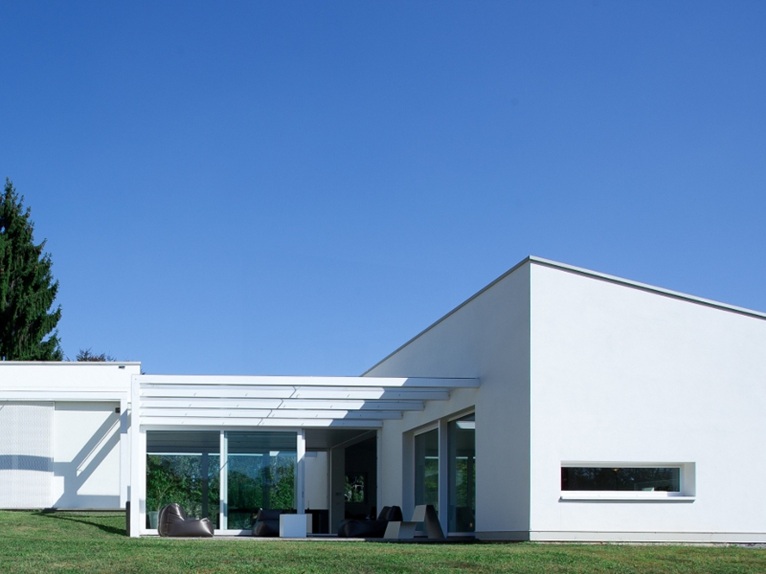 The relationship between architecture and nature is like an uncertain and dynamic balance, it is even more so when the architectural object is located in the native land of the architect. This is the case of the two Two single-family houses at Vandorno designed by Federico Delrosso, at the foot of the pre-Alps near Biella. 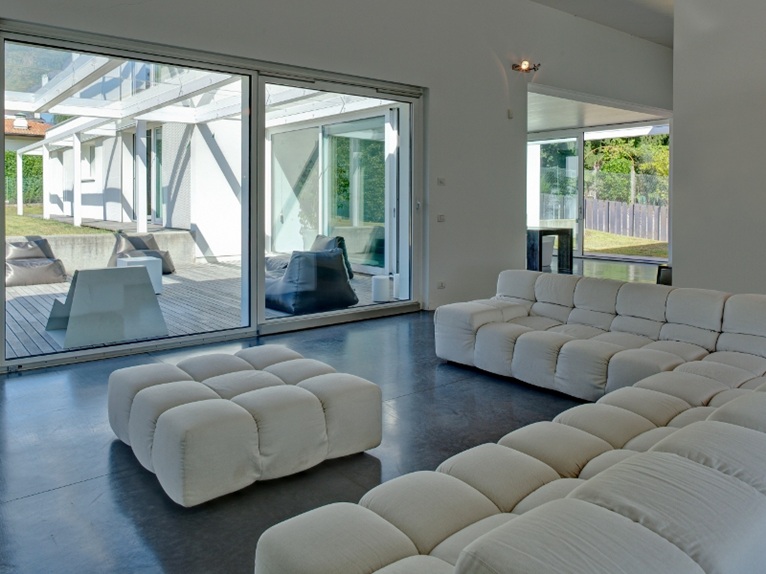 The architect showed a preference for “raw” materials, a skilful balance of the openings to seek the right balance between interior and exterior, a balance of volumes. The result is the creation of two architectures that while rejecting the naturalistic language, provide coherent and elegant observatories of the surrounding Nature, that are silently crossed by the vision of the territory. In addition to the environment, the two villas indirectly communicate with each other through the opposing orientation of the volumes. The former indeed has an entirely horizontal layout, while the second develops vertically dictated partially by environmental constraints and partially by an interesting architectural citation, Richard Meier's Smith House (1967). 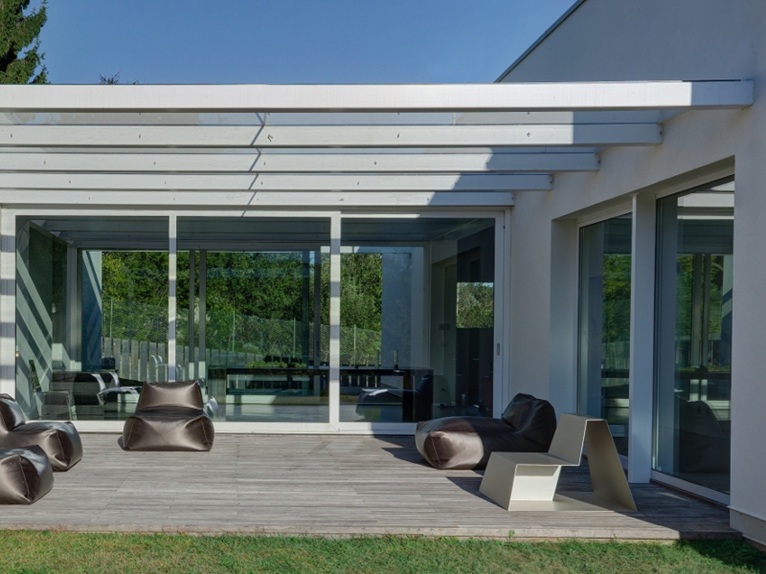 Villa A (the horizontal one) occupies one floor and is characterized by a large entirely transparent volume that combines two apparently separated bodies, one for the living area and one for the sleeping area. This transparent area, through which the surrounding nature penetrates the whole house, is the entrance-living room dedicated to the most convivial activities of the inhabitants who, throughout the day, can thus enjoy the beautiful and natural light variations. 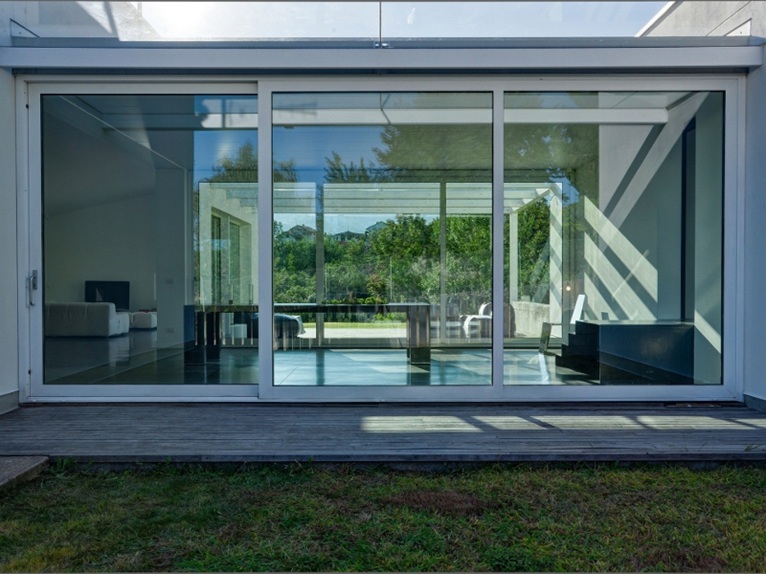 “The two extreme volumes have a different design: the former has a trapezoidal shape, the other is a flat block. I tried in this way to interpret the skyline of the mountains that overlook the building. It is the landscape that I have admired and experienced for over thirty years, living with my family in the house next door. This project also represents the conclusion of a personal and professional journey to which I am and will remain deeply rooted....” FD

The architecture is white and light, as if it were gently resting on the ground. The interiors have the lightness of naturalness: the concrete for the floors and the white colour for the walls. In them are set horizontal slits, at sitting height, which allow the inhabitants to feel constantly connected to the landscape outside. 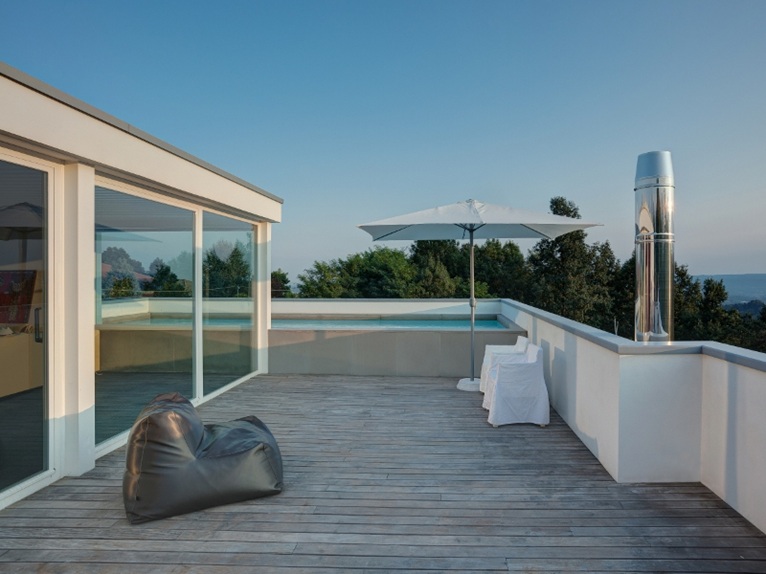 Villa B (the vertical one) is the result of a complete redevelopment, which extended the existing house, designed by Delrosso's father in the 1970s. The complexity of the work was bound up with the small size of the lot, which is particularly steep: a constraint and at the same time an interesting challenge, to which the architect found an answer with the creation of new volumes on both the vertical and horizontal axes. In addition to the reduced availability of the living spaces, the house was paradoxically devoid of outdoor relational areas, though immersed in greenery. An articulated metal structure was, therefore, created to the west, which made it possible to lay out large terraces as extensions to the living and sleeping quarters, thus offering the occupants new views and a relation with the setting.

The project’s verticality was enhanced with the introduction of a new volume to the south developed over three floors. The top floor is characterized by the absence of the final roof, and the installation of a large solarium, which provides access to the swimming pool, faced externally in stone.

The new villa has developed a totally dissimilar aspect to the initial dwelling and above all has gained a new relation with nature, in which it is immersed, thanks to the large glass walls that illuminate and dilate the various interior spaces. To this is added the compositional design of the structure and the new balance between the parts, with allusions to the illustrious precedent of Richard Meier’s Smith House.