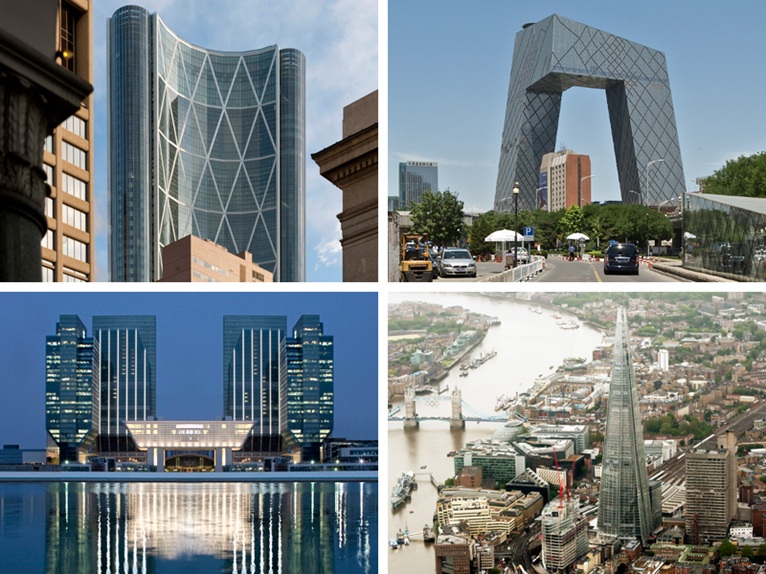 16/07/2013 - Highly distinctive towers in Canada, China, the UK and UAE have been named the best tall buildings in the world for 2013 by the Council on Tall Buildings and Urban Habitat (CTBUH).

An overall winner for the “Best Tall Building Worldwide” will be named from the four regional winners at the CTBUH 12th Annual Awards Ceremony and Dinner at the Illinois Institute of Technology, November 7, in the iconic Crown Hall, designed by Mies van der Rohe. The 10-Year and Innovation awards will be announced separately prior to the ceremony.

The Council received more than 60 entries from around the world for the Best Tall Building awards.
“The winners and finalists include some of the most striking buildings on the global landscape,” said Jeanne Gang, awards jury chair and principal of Studio Gang Architects. “They represent resolutions to a huge range of contemporary issues, from energy consumption to integration with the urban realm on the ground.”

The CTBUH Best Tall Building Awards are an independent review of new projects, judged by a panel of industry executives. Projects are recognized for making an extraordinary contribution to the advancement of tall buildings and the urban environment, and for achieving sustainability at the broadest level.

“Henry Cobb has demonstrated phenomenal leadership throughout his career, particularly on Hancock Place,” said CTBUH chairman Timothy Johnson. “Cobb’s leadership in smoothing out the difficulties around Hancock Place set the standard for future retrofits and advocated for positive changes to building codes around tall buildings.”

The Fazlur R. Khan Lifetime Achievement Medal went to Clyde Baker, senior principal engineer at AECOM, who has performed geotechnical engineering for seven of the 16 tallest buildings in the world, and a major portion of the highrise buildings built in downtown Chicago over the past 50 years, including nine with deep basements and slurry walls. “Clyde has contributed so much to our industry,” said Bill Maibusch, CTBUH Trustee. “He has touched a lot of projects and been instrumental in making those projects successful.”

Winners and finalists are featured in the annual CTBUH Awards Book, which is published in conjunction with a major global publisher and distributed internationally each year.