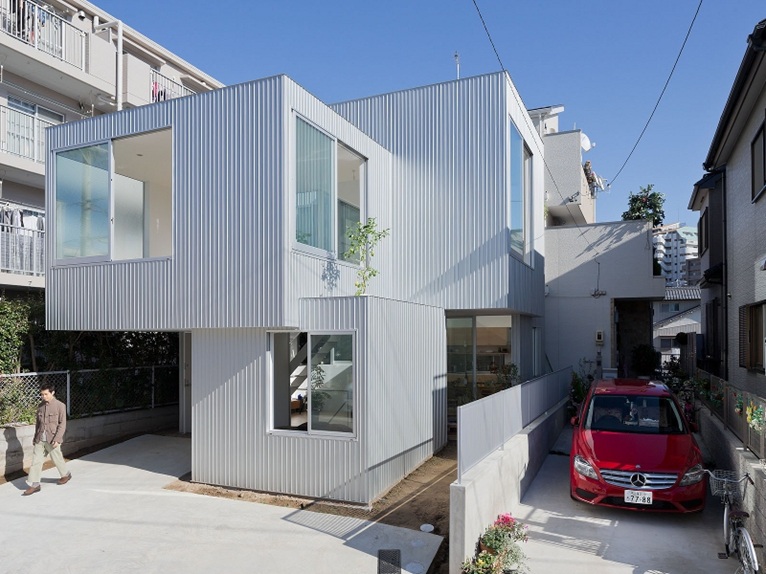 The Japanese office Tetsuo Kondo Architects has created a single family House in Chayagasaka in Nagoya Japan, consisting of one-room within an expanding neighbourhood situated near the railway station of Chayagasaka. The design for House in Chayagasaka was created to meet the need of a young couple with children to have as many common areas as possible. 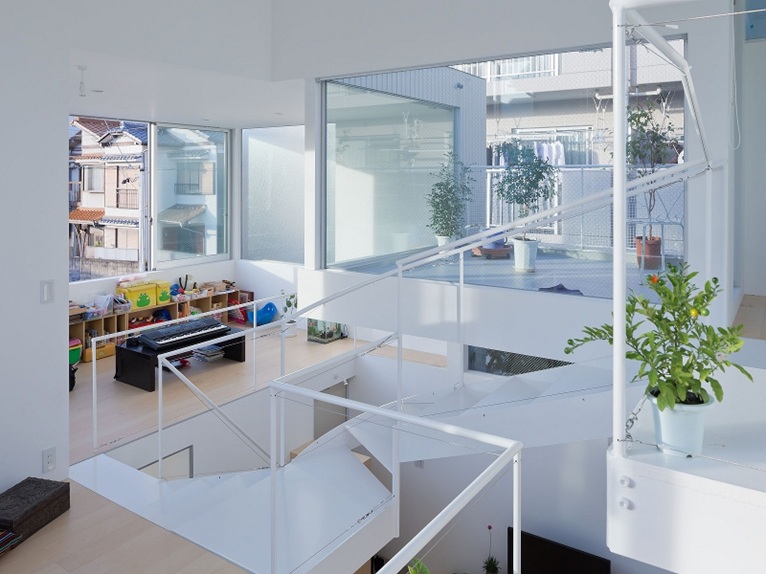 The final result is that of a residence with an open and flexible layout, capable of catering for the needs of exploiting the spaces in continual and rapid change. The internal layout develops around a single room obtained by assembling different bodies. 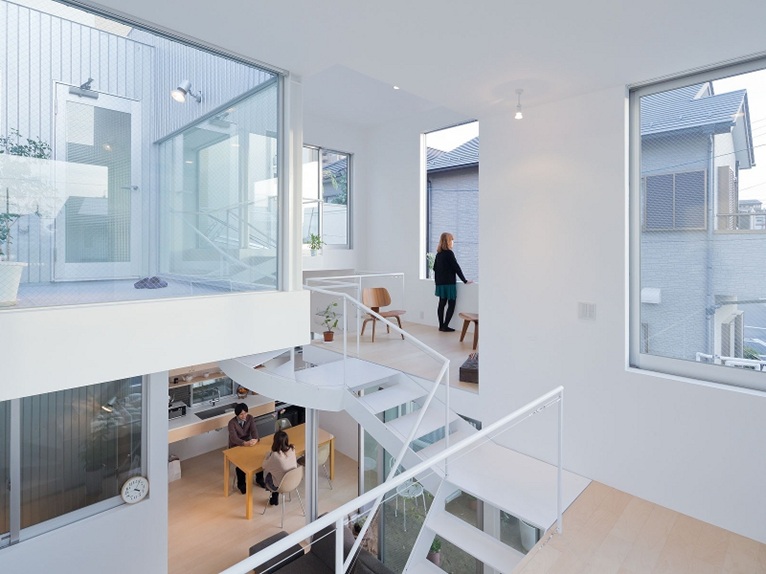 The designer, Tetsuo Kondo, dealt with forms, functions, pathways and relationships between exterior and interior, with the aim of discovering an innovative dimension of living comfort, according to an order which he calls 'soft'. 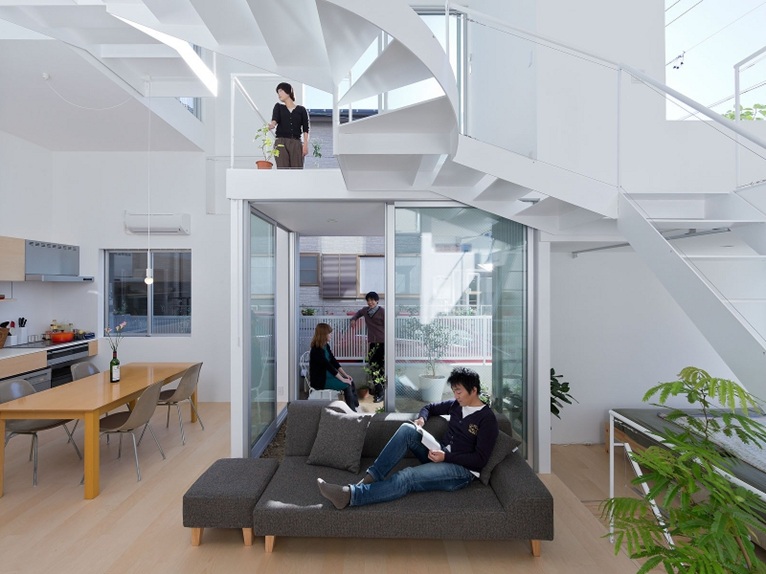 These are the words of Kondo to illustrate the project idea: “In this project, I tried to achieve architecture that welcomes a large variety of things, in a state where all the parts are mutually interrelated.”