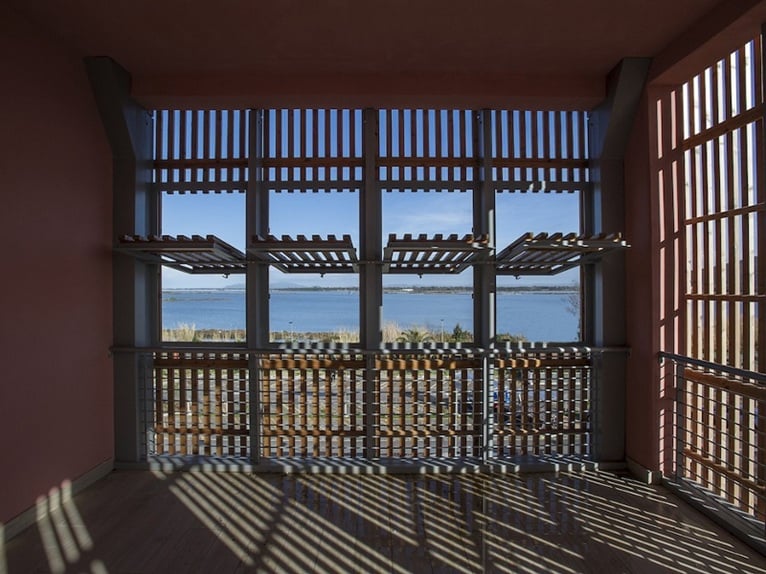 The new Orbetello COOP Superstore, designed by Giorgieri Studio of Florence, has the particularity of presenting itself as a new scene in the lagoon landscape that characterizes the small Tuscan town.

Situated in the part of the town connected to the mainland, it is located between an area of residential expansion and the lagoon itself, becoming a filter element and mitigation between the urban and the natural environment. A strange role for a shopping centre of medium sales, generally seen as an architectural element of poor environmental quality. However, the difficulty, like in the best design practice, was overturned in a resource becoming the base on which the design decisions were made. 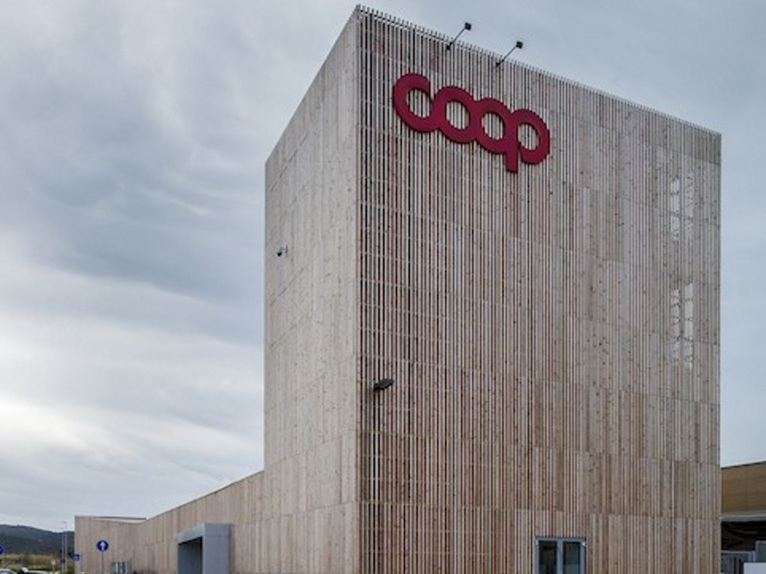 The Coop was, therefore, designed by finding inspiration in the lagoon itself and the connected activities. The covering of the principal access, characterizing the whole supermarket and designed to delicately “attract the costumers into its mouth”, is inspired by the verticality of lake reeds and its natural curtains. In doing so, it creates a visual permeability which is unusual for a supermarket, creating a perception of belonging to the lagoon itself, even from inside a purely commercial place. 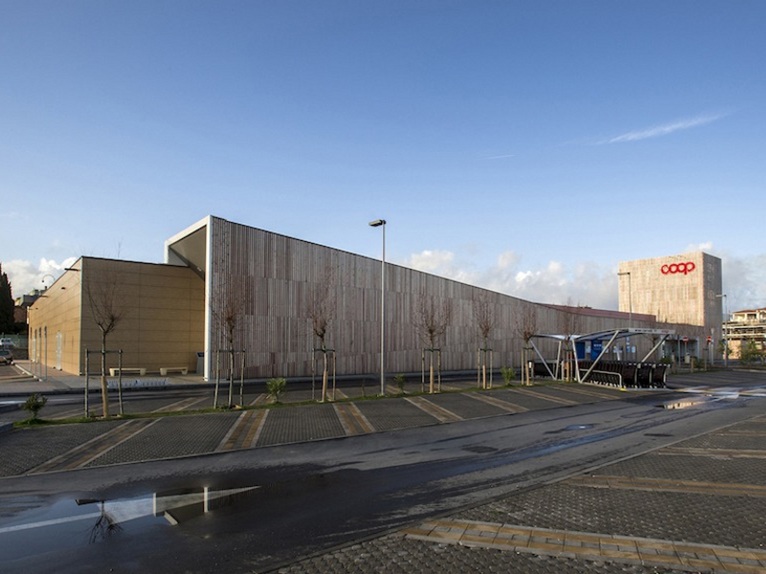 The articulated volume of the access with its design and its “skin” juxtaposes with the sheer volume of retail and storage space, and the logic of a natural inclusion in the site and of a different possibility of using a shopping mall ends with, or rather creates, the tower: this makes the COOP visible to the neighbourhood and gives supermarket visitors the unusual possibility to practice birdwatching, thanks to pivoting windows on the side facing the WWF Oasis of the Lagoon of Orbetello, which is only a few hundred meters away. 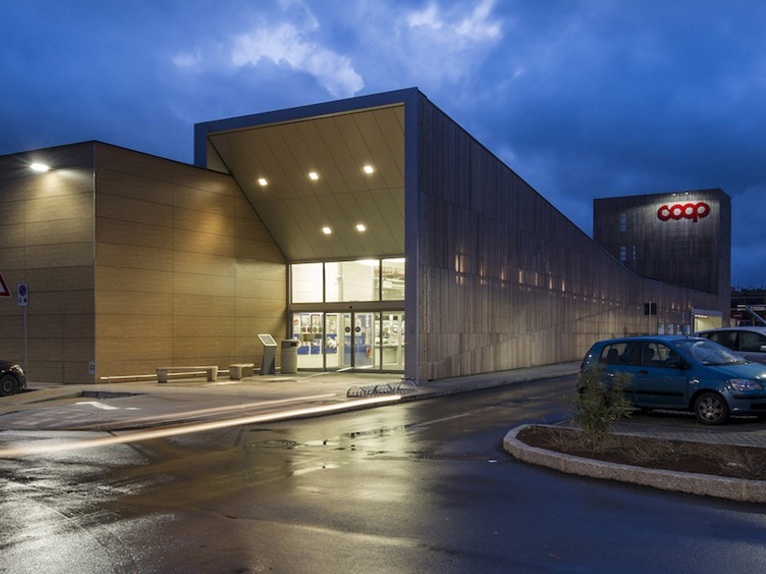 The tower has also been designed and created as a public space, which is linked but at the same time separate from the commercial space. Indeed thanks to the small bar located at its base, it can live a “life” of its own, independent of the supermarket activities. The transitional space between the building and the edge of the lagoon is, on the other hand, marked by the green car park which ends with a dune designed both to mitigate the view of the mall from the lagoon as well as to create an area of “respect” for the cycle path that runs along the edge of the lagoon itself.