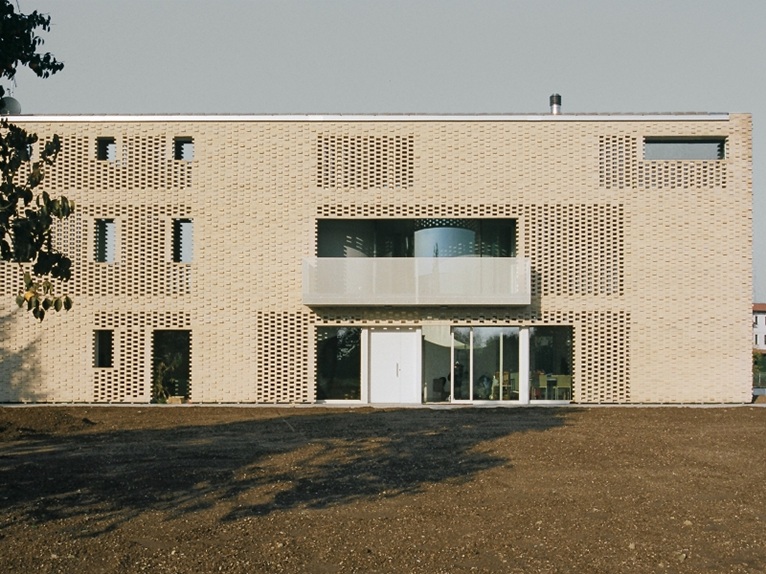 The Country House in Sacile project by Italian architects ELASTICOSPA with ELASTICO3 from Piemonte, was carried out on a series of uneven rural terraced houses characterized by excrescences and a fragmented skyline. The proposal primarily focussed on a typological rebalancing of the establishment to give greater consistency to the entire complex, while respecting the construction type. 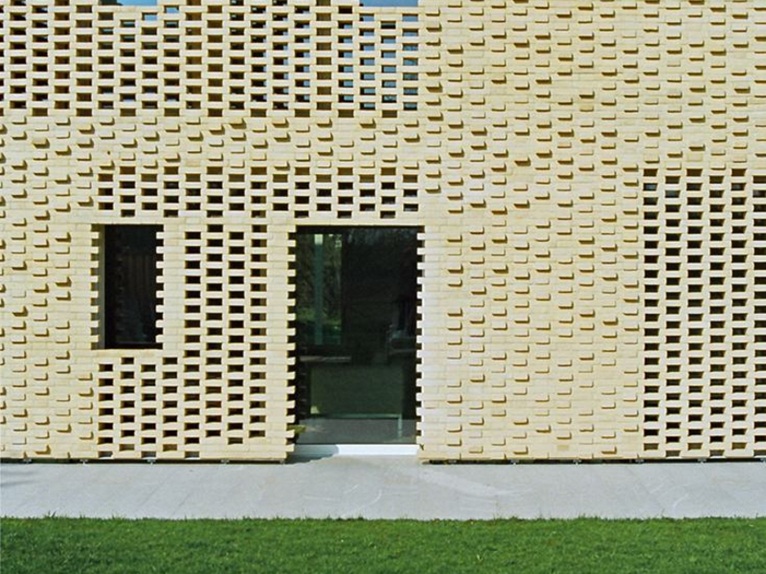 A single volume was obtained by demolishing and reconstructing according to the original shape and elevation, a long parallelepiped with a pitched roof, which, still retains the memory of the pre-existing structure. This is evident especially in the south elevation, characterized on the one hand by re-proposing the previously existing perforated patterns in the full respect of seriality and the dimensional relationship between the width-height and on the other by the reinterpretation of the large openings of porches and barns in the rural housing according to the new residential use. 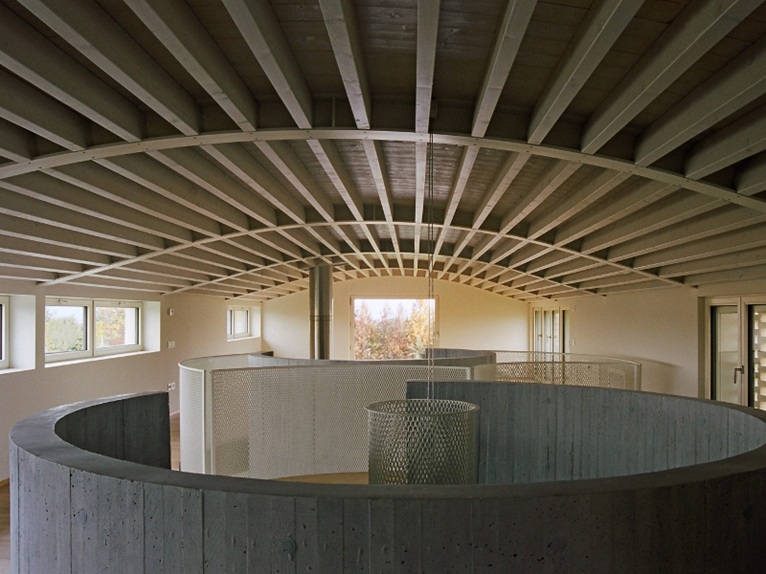 However, these two different compositional logics only characterize the outer skin of the building, made of facing bricks according to the “triage” construction technique typical of the rural houses of the Friuli area: in this way behind this facing, the freedom to open large windows that allow light to flood the interiors is maintained, although they are shielded by brick grids, creating spectacular effects both inside during the day and externally with artificial lighting during the hours of darkness. 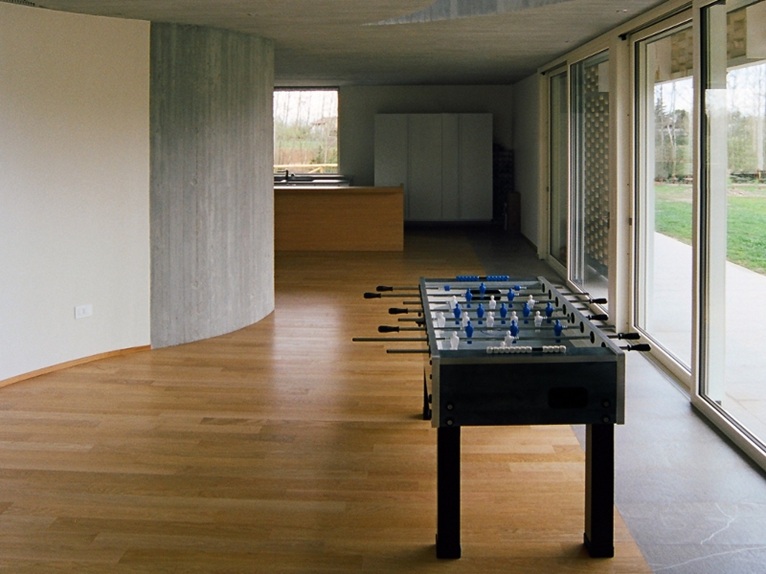 The extreme compositional simplicity of the exterior volume contrasts with a very complex internal structure generated by the intersection of cylinders of different diameters that define the space and can be perceived at different levels, from the volume of the staircase to the large floor-to-ceiling space opposite the closed volume of the walk-in closet. 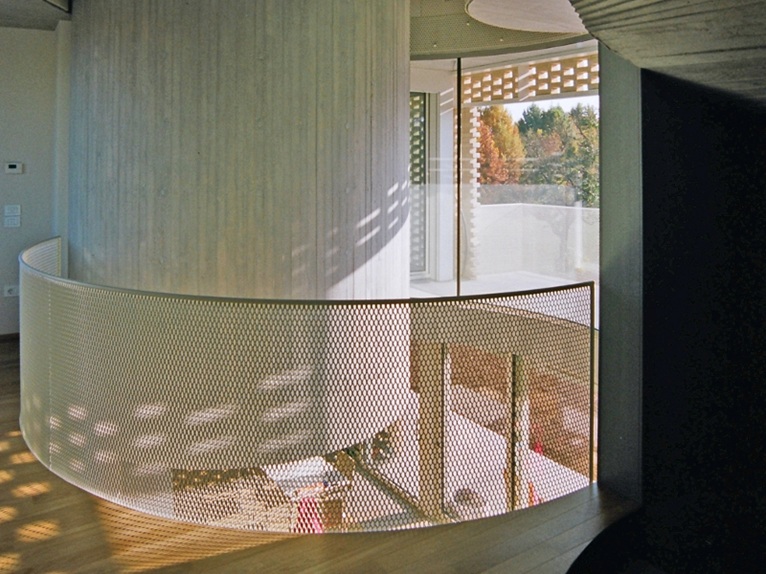 The presence of exposed concrete prevails here and accentuates the divide between indoors and outdoors that can be perceived by the large openings of the terrace and of the ground floor.