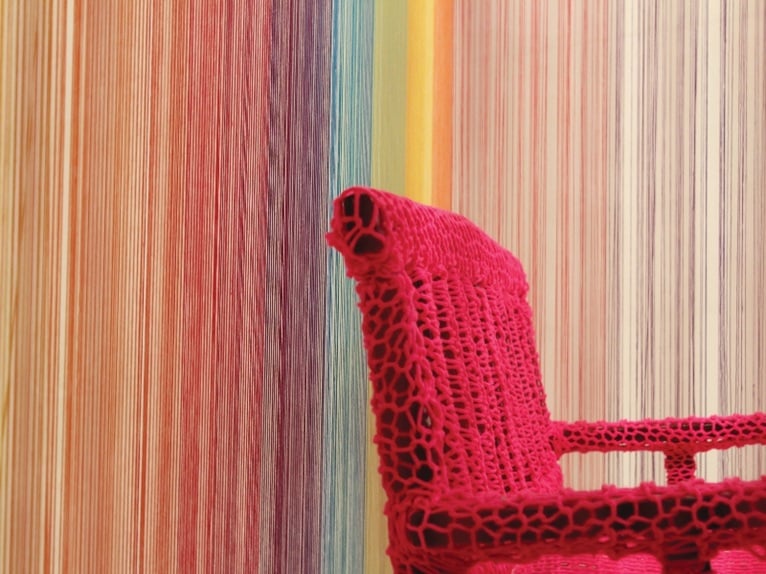 INSTALLATION _ The Rainbow Roomwas an installation created for Pierre Le Riche’s graduate exhibition entitled 'Broederbond', held at the Lovell Gallery in 2012 in Cape Town. The exhibition takes a critical look at the sociological implications of Afrikaner masculine hegemony on homosexuality in post-apartheid South Africa.

Pierre was born in 1986 in Port Elizabeth and grew up in Cape Town. He studied interior design at the Cape Peninsula University of Technology before moving to London, where he worked as a student interior architect at KCAInternational. Pierre works as a freelance artist and designer from his studio in Woodstock, Cape Town, whilst completing his Bachelor of Visual Arts degree at the University of South Africa. 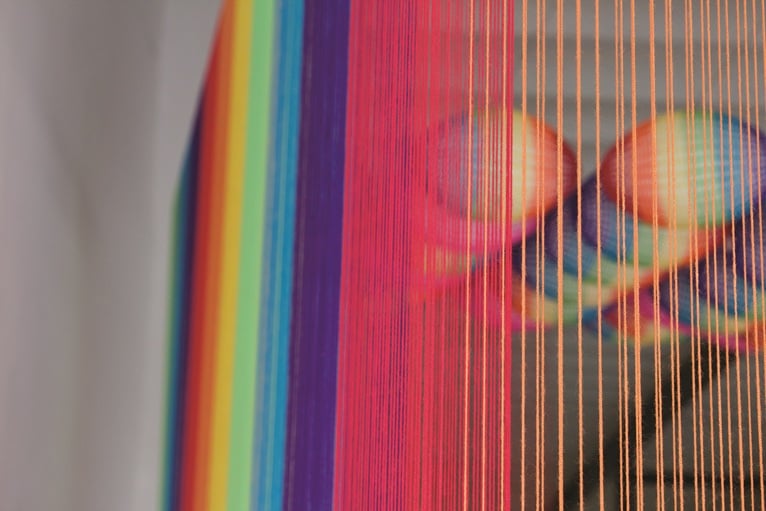 The room was constructed from 17km of acrylic thread (in the colours of the gay pride flag), created to resemble a traditional Afrikaner voorkamer (living room) in the midst of the 1995 Rugby World Cup final match; a significant moment in South African history, and perhaps the last chance the Afrikaner male had to 'prove his superiority'.

Through the implementation of colourful and playful yarn bombs onto traditional furniture (such as ball and claw and a heritage riempiesbank) and over 150 rugby balls, the concept of homosexuality and masculinity is juxtaposed, questioning the acceptance of same-sex relations in Afrikaner culture. 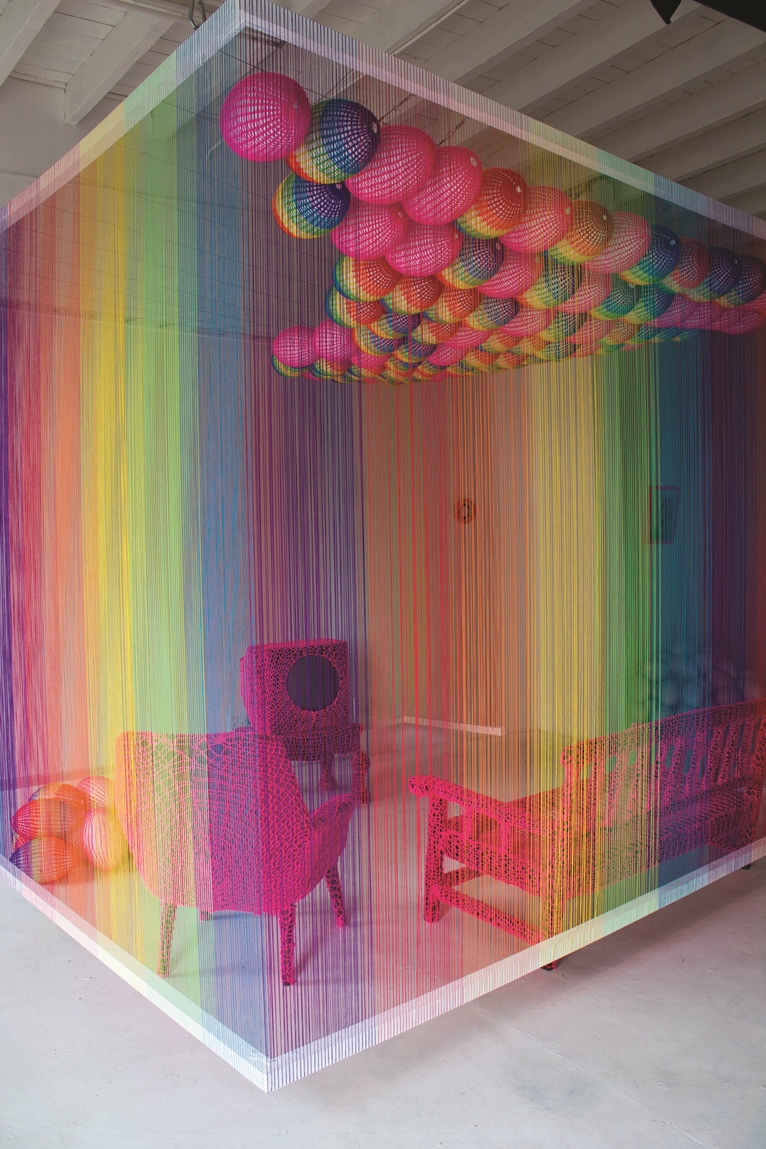 I was particularly interested in this young artist, who, with great sensitivity, translated community issues into an amusing installation. I talk with Pierre Le Riche about the role of art and design in social dynamics.

How do you think art could influence social dynamics?

If you think about it, artists actually possess quite a lot of power when it comes addressing social issues due to the public manner in which they do so, and of course freedom of speech. I think art has a strong ability to create a positive sense of social awareness, particularly where minority groups such as the LGBTI (lesbian, gay, bi-sexual, transgender and intersex) community or other subcultures are concerned.

You work between art and design. What is their connection?

My experience in the design industry definitely equips me to understand spaces and functionality better, particularly when I work with large scale installations. I think in some sense all designers are artists and vice versa. You can't really have the one without the other - they compliment each other! 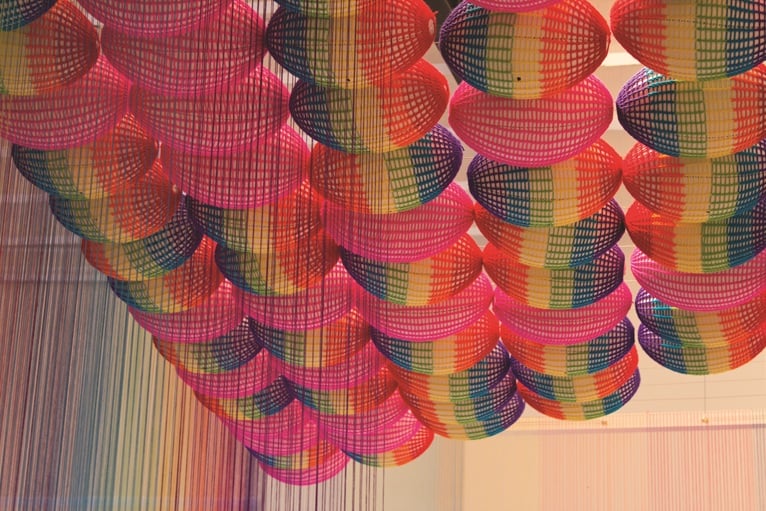 Are you working on any projects in the near future?

I am working on a new body of art that takes a more critical look at the political aspects behind rugby in South African history. This will be exhibited on outofthecube later in October. At the same time I am also working hard to get involved in the World Design Capital in Cape Town in 2014! 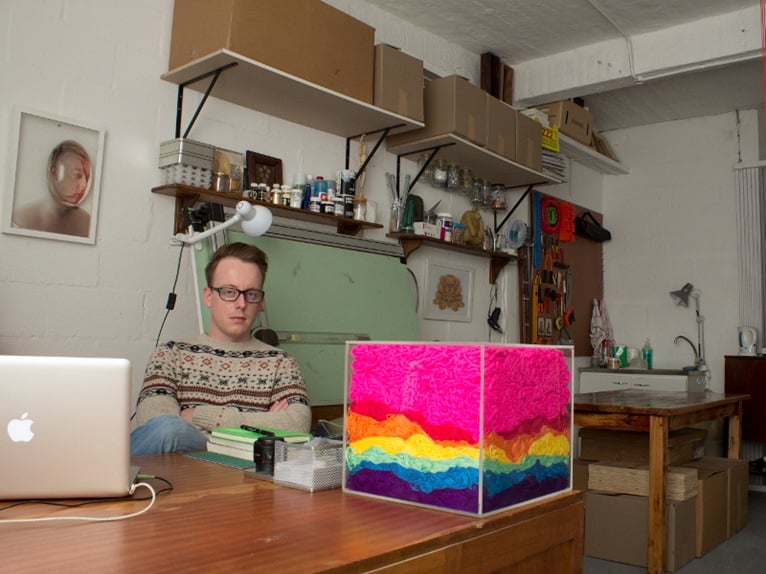