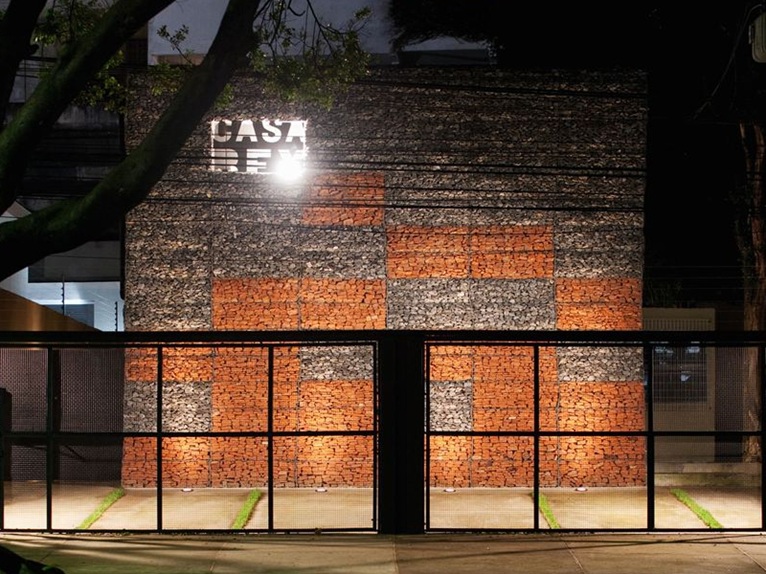 Casa REX, a major Brazilian design office, turned to FGMF ARCHITECTS for the renovation project of its New Headquarters, with the aim of characterising the space with a new identity. The offices are a former residence of Pacaembu, in São Paulo, built in 1940, which had undergone over time a series of unsuccessful renovations that had almost completely hidden the original architecture. 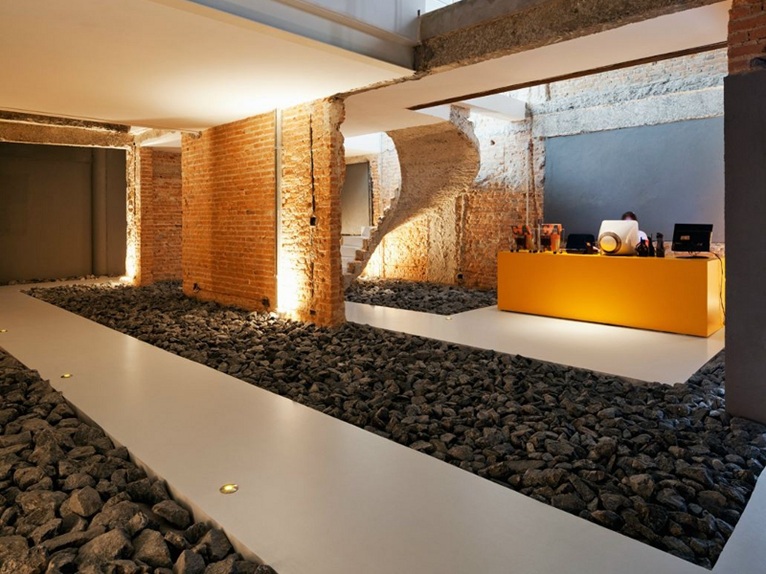 “From the beginning” - say the architects -  "the clients’ program was divided into three parts: the meeting area, where there would be the reception and a place exhibiting the office’s projects. The studio’s area, completely separated of the first one, where everybody would work together in an open space. And, finally, the external front area, with restricted and controlled access.” 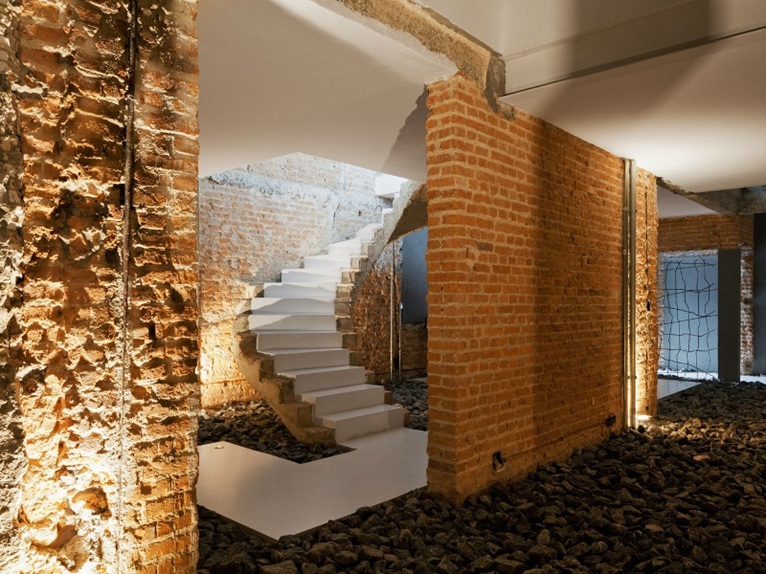 Having a limited budget, FGMF decided to use some unusual resources such as, for example, some typical elements of infrastructure works. In the façade stone gabions used as earth retainers on the roads were piled; together with the team of REX a specific “layout” was created that used red sandstone and large grey pebbles to create an impacting façade. One of these modules was eliminated and replaced by a metal plate engraved with the name of the office. 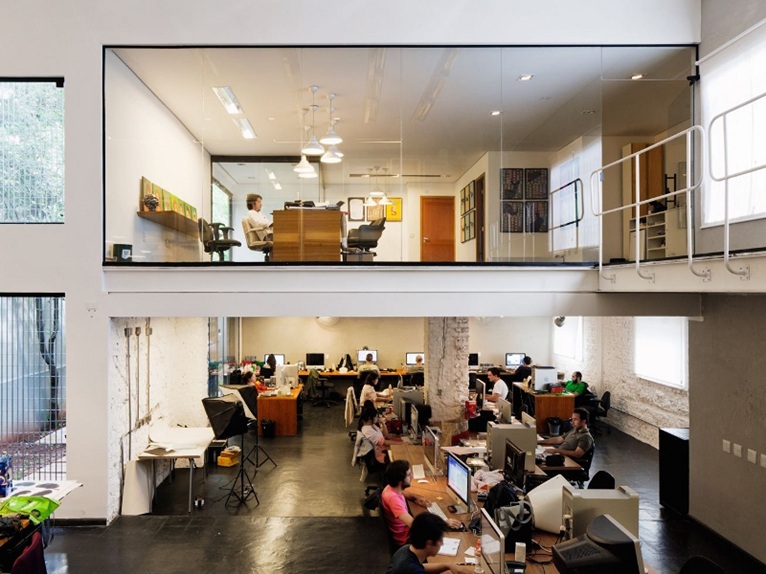 In the reception area and meeting area, an extensive demolition was performed: A double-height ceiling was created, the floor was destroyed and all the plaster removed from the original walls, in a sort of “archaeology of architecture”. Within this space, a pure, clean, white path was created leading the visitor to the two meeting rooms: two entirely white blocks inside the ruins. The rest of the space was filled with the same gravel as the façade. 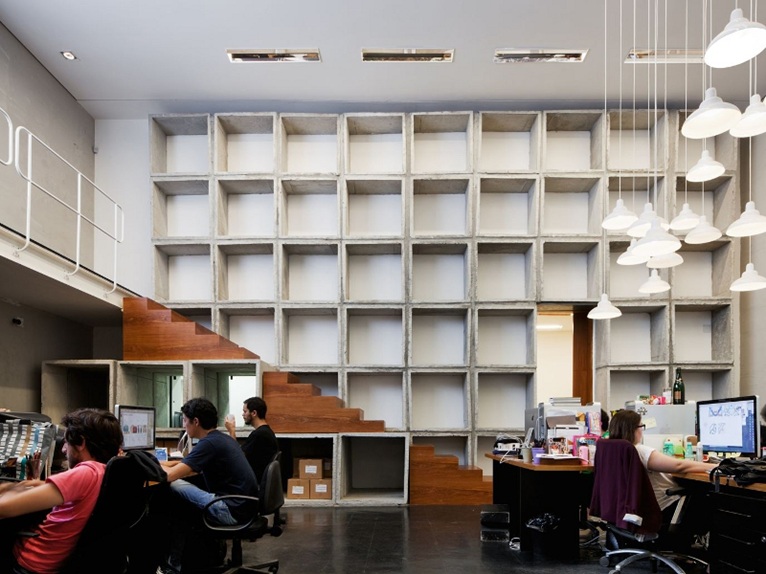 A 70 m2 bookcase with piled pre-shaped concrete pieces that are normally used for channelling was created. Some wooden flights of stairs were incorporated into this big bookcase, in order to reach the footbridge connecting the director’s office to the rest of the agency. The innovative use of heavy building materials creates a unique space, which is very different from the existing offices.