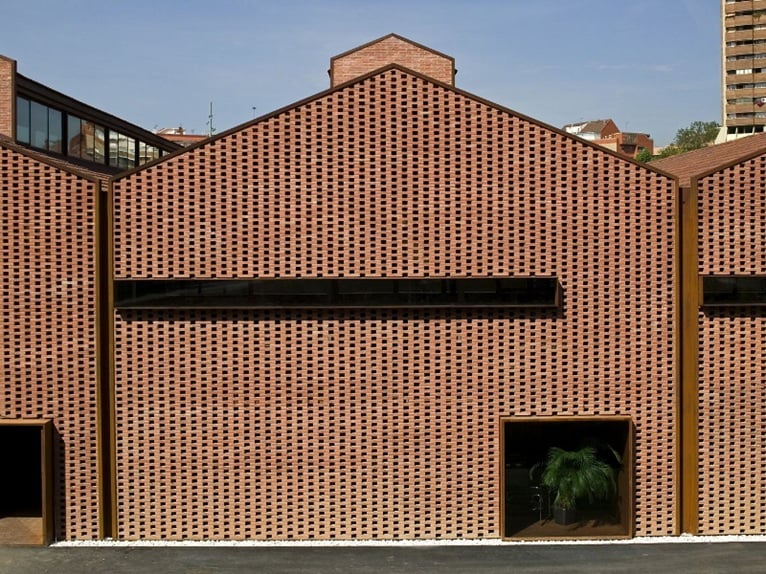 With the project Espai Baronda, Spanish architects Alonso & Balaguer y Arquitectos Asociados, won 2nd prize in the Contract World Award 2011. The project, which is the current headquarters of Alonso & Balaguer Arquitectos, located in Parc dels Torrents on the outskirts of Barcelona, is the refurbishment of authentic “architectural archaeology”, an old ceramic factory which has been abandoned for over two decades. 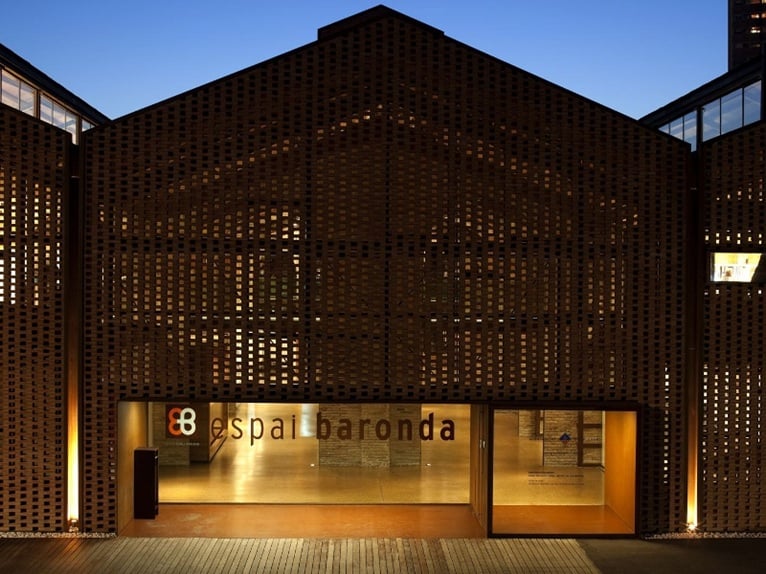 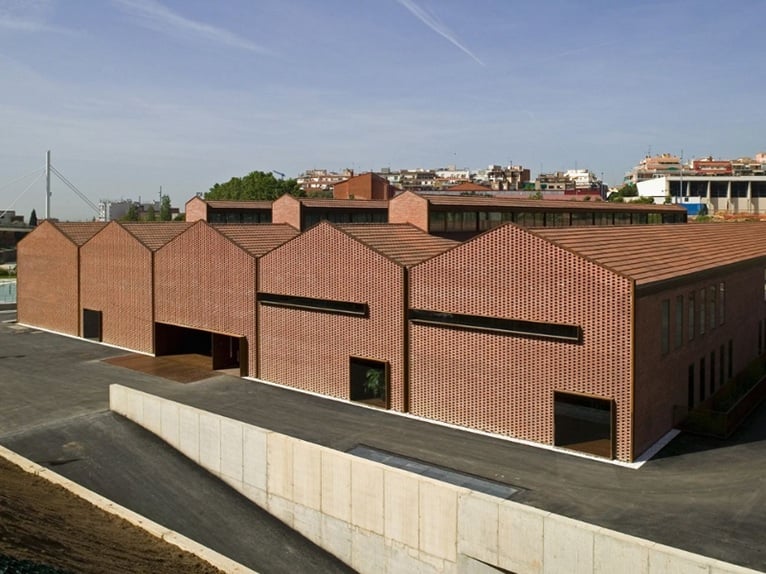 The refurbishment of the building is a response to criteria of absolute respect of the original materials and the building volume. The double perforated brick skin envelope on the east and west façades, not only generates a formal and volumetric respect of the original layout, but also establishes a true “thermal cushion” in which all the machines and plants are located, so that the façade can be freed of these “disturbing” elements. 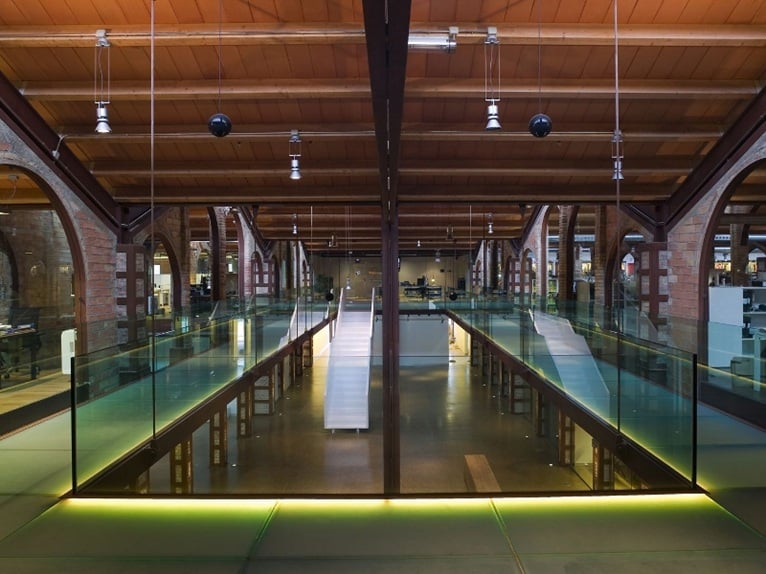 A large double-height lobby welcomes visitors to a "T"-shaped facility. A suspended glass walkway contributes to the sense of weightlessness that you feel inside. The lobby acts as the distributor for the other spaces and at the same time is characterized by a great functional flexibility that allows you to use it for temporary exhibitions, fashion shows and events open to the city. Its highly scenic part is reinforced by having safeguarded the industrial atmosphere. 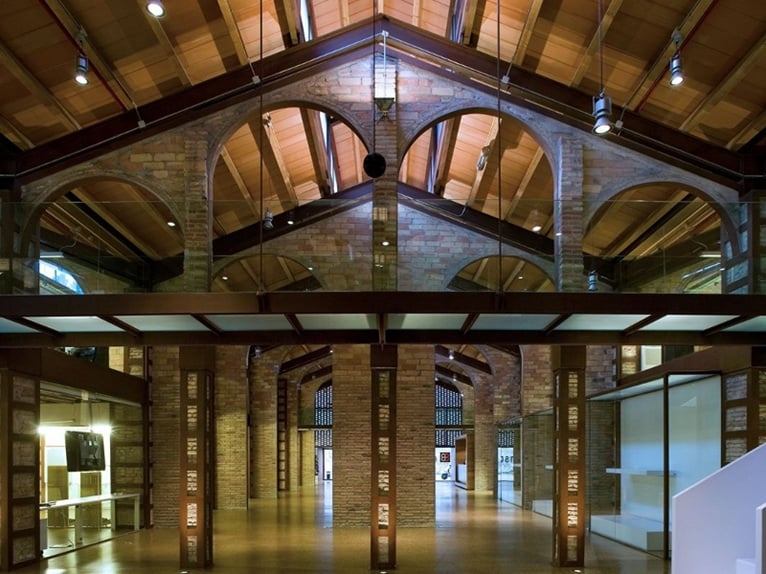 The reconstruction of the original rooflights and the soft light coming through the double skin façade, offer an extraordinary brightness to all the interior spaces, enhanced by the double height that characterizes most of the building. 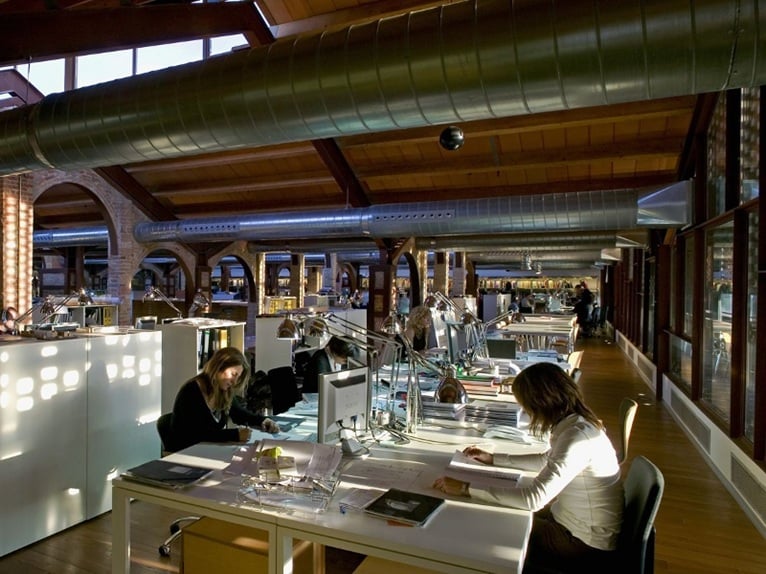 “An example of genuine sustainable economy through the necessary synergy between public and private initiative that has enabled and facilitated the 'return to life' of an old 'pottery factory' which had been condemned to demolition. All this without in any way neglecting the necessary historical-architectural contribution”.