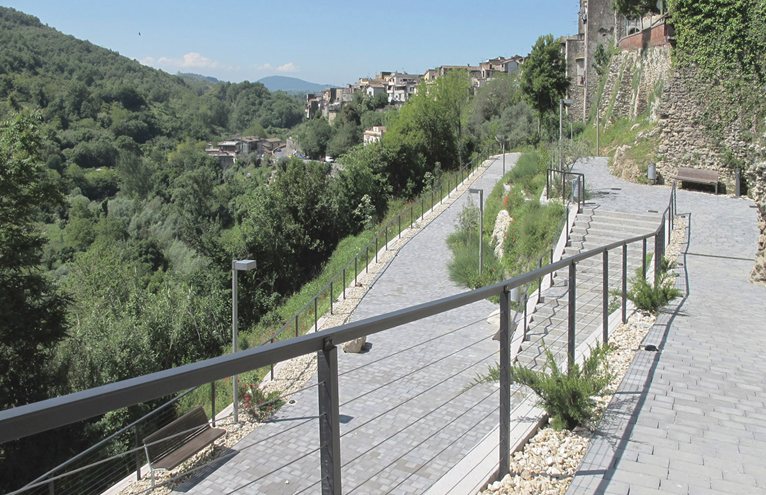 The intervention KNOTTING the hill town  is part of a project for the "Rehabilitation of historic centers" approved by the Lazio Region which focuses on landscape restoration and promotion of the area between the historic town of Vicovaro and Aniene river valley through a process of revitalization and reuse by the local community as well as casual visitors and tourists.

The realized project has been very recently awarded with an Honorable Mention “Premio Paesaggio del Consiglio d’Europa 2012” because it can be considered a model for the design of degraded areas located around medieval Italian villages. The border is too often a leftover space and is, in fact a border, peripheral and unplanned, and for that reason often subject to episodes of deterioration. The “urban machine” too often doesn’t give the edge its own dignity but however it is believed that these areas have great potential for success as places of leisure, creativity, meditation, rest, silence, contemplation and reflection on a town’s own memory and identity. These functions are sometimes difficult to propose for small historical centers which are often very dense, physically and metaphorically, and do not give space and breathe to the proliferation of vital functions for a contemporary lifestyle.

The project is certainly a sustainable model for the restoration of highly degraded border sites by converting them into spaces that are accessible to and usable by everyone. The project is an example of enhancing the image and aesthetic character of a place’s identity, implemented through visual relationships between the surrounding natural landscape and man-made environment, with the valley and the surrounding monuments of the town of Vicovaro. 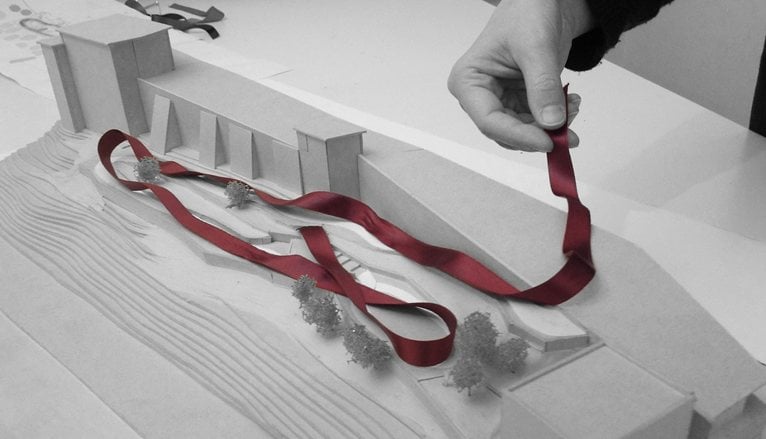