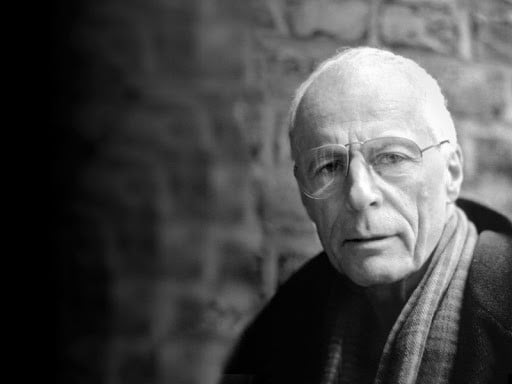 Gottfried Bohm, the first German architect to be awarded the Pritzker Prize in 1986, has passed away at 101.

A Master of concrete, left behind a legacy of buildings in Germany. Archilovers takes a look back at his life and career.

Gottfried Böhm was born in Offenbach-am-Main on January 23, 1920, the son of Dominikus Böhm, one of Europe’s most respected architects of Roman Catholic churches and ecclesiastical buildings.

Since his paternal grandfather had been an architect as well, it is not surprising that Gottfried started on that path.
His academic career began in 1942, when he the Technische Hochschule in Munich. He received degree in 1946. For another year, he continued his education, studying sculpture at the Academy of Arts in Munich. That training has been applied often, since he models in clay of his building exteriors as he evolves a plan.
He worked in his father’s office as an assistant architect from 1947 to 1950. During that time he collaborated with the Society for the Reconstruction of Cologne under the direction of Rudolph Schwarz. 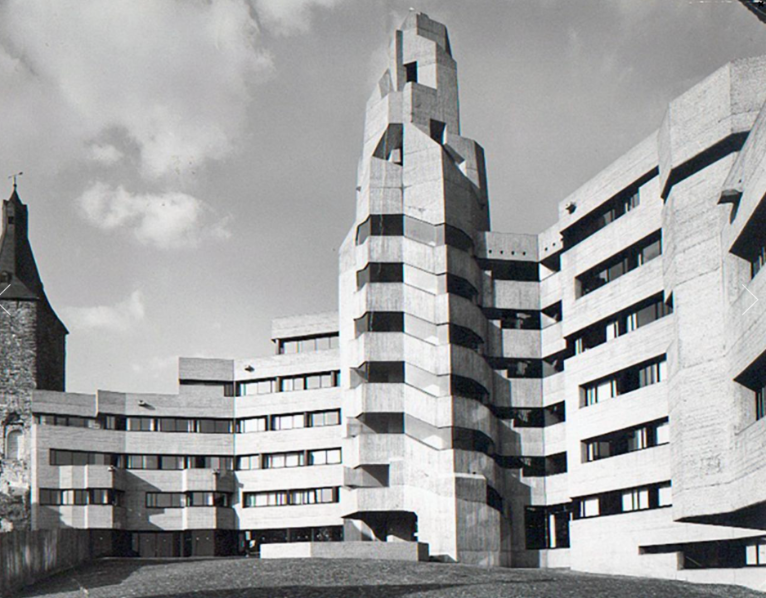 Böhm was an architect practicing in Cologne, Germany. His work ranges from the simple to the complex, using many different kinds of materials, with results that sometimes appear humble, sometimes monumental. He has been described in the sixties as an expressionist, and more recently as post-Bauhaus, but almost always he stands alone in departing from the conventions of established architecture, seeking to go one step beyond.

Many of Böhm’s projects and proposals illustrate his concern for urban planning, i.e., the area around the Cathedral and the Heumarkt area in Cologne; the Prague Square in Berlin; the area around the castle at Saarbruecken; the Lingotto Quarter in Torino; and the city center in Boston.

“I think the future of architecture does not lie so much in continuing to fill up the landscape, as in bringing back life and order to our cities and towns.”

In 1981, Peter Davey in Architectural Review, described some of Böhm’s buildings as “unique subjective works of art that showed Germany—and Europe—that the Expressionist tradition was still alive. His brut modern concrete meets ragged medieval stone with contrast yet sympathy: the new forms are as complex as the old…” Davey was referring in this instance to the town hall at Bensberg and the Pilgrimage Church at Neviges. 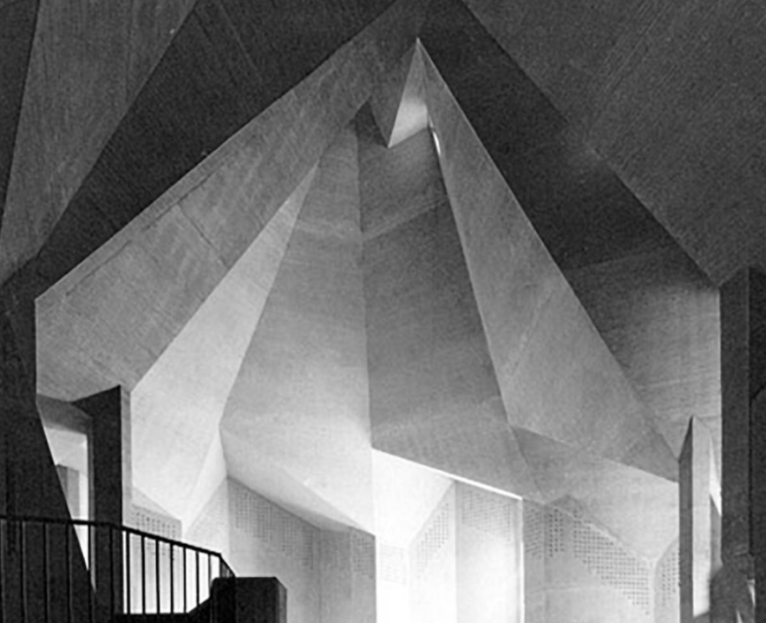 But his article went on to review a more recent building, the civic center at Bergisch Gladbach. Davey acknowledged that “as usual with Böhm, everything new is new: there is no attempt to copy.” And further, Davey stated, “Böhm has traveled a very long way from Neviges, but he has never, in anything he has built, lost his wonderful, original humanity.”

Bergisch-Gladbach marked a major change in the materials used by Böhm, from molded concrete to glass and steel. of this change, Böhm has said simply: