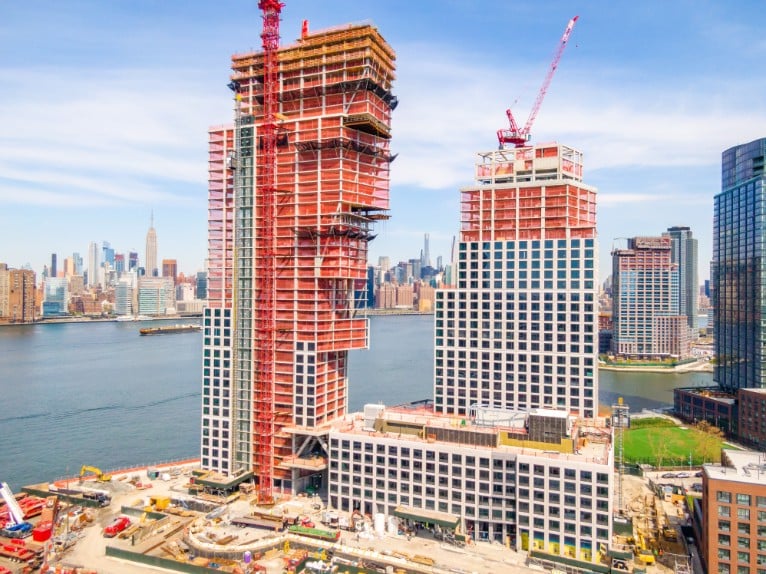 Located at the northernmost tip of Brooklyn where Newton Creek meets the East River, the new residential buildings mark the latest phase of development at Greenpoint Landing. Together, the two towers will provide 745 units of mixed-income housing on Greenpoint’s industrial edge turned waterfront esplanade.

“These towers, our first in Brooklyn, have reached an important milestone made possible by the perseverance of Brookfield, Park Tower Group, BBB and the entire construction and design team during an unprecedented time. It’s exciting to see our collective efforts take shape on Greenpoint’s dynamic skyline,” said Jason Long, OMA Partner.

As part of this phase of development, Greenpoint Landing’s public waterfront open space will be extended an additional acre next to Newtown Barge Park, expanding the existing esplanade and unlocking a new section of Greenpoint waterfront for the first time in generations. 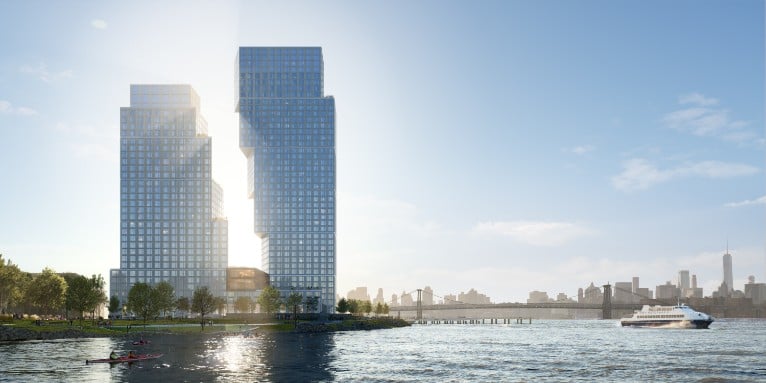 “Brookfield is thrilled to bring OMA’s stunning architectural vision to life here in Greenpoint while reimaging this underutilized stretch of Brooklyn’s waterfront for the entire community,” said Maria Masi, Senior Vice President, Multifamily Development at Brookfield Property Partners. “Greenpoint Landing’s latest phase of development will provide 745 units of much-needed, mixed-income housing to the neighborhood and expand on our promise to build a resilient, green esplanade along the banks of the East River overlooking the iconic Manhattan skyline.” 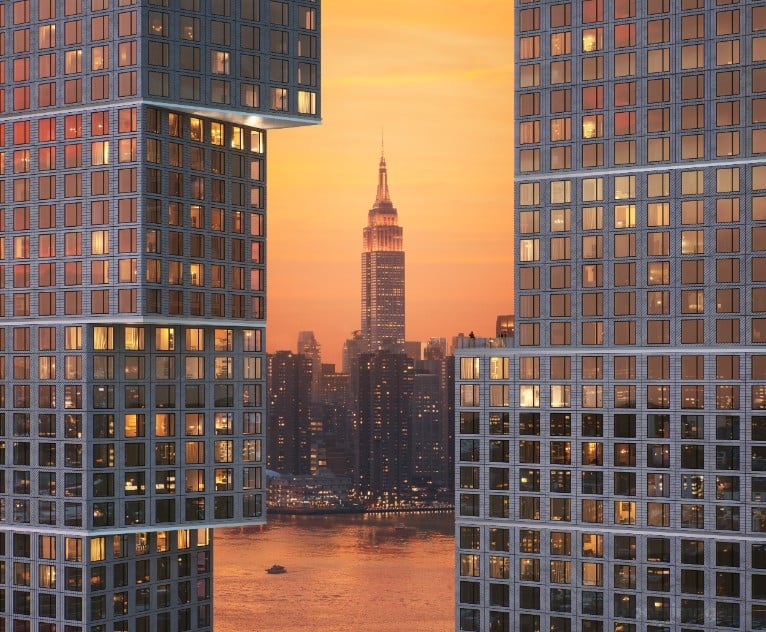 “We are proud to continue to deliver new sections of much-needed public green space and waterfront esplanade to the local community and visitors alike. Along with the OMA towers, this new phase of development will define Greenpoint’s waterfront and help create uninterrupted access to the shoreline,” said Marian Klein, President of Park Tower Group.

The 30- and 40-story towers are introduced into an area for new residential density. In exchange, opening up access to and along the East River. In an area zoned for a maximum floor plate of 11,000 square-feet, we reduce the towers’ footprints to allow for maximum open space in between the two then strategically expand and contract the towers for zones of maximum efficiency within each. The distinct shapes of the two towers—one stepping out while the other steps back—form a ziggurat and its inverse. The taller tower widens toward the east as it rises, maximizing the dramatic Manhattan skyline views. The shorter tower widens toward the ground, creating a cascade of terraces that angle away from neighboring towers while they step down to meet the waterfront promenade to the North. 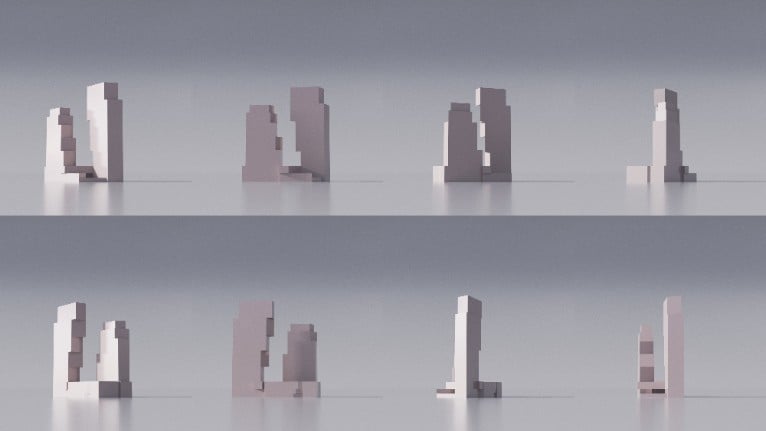 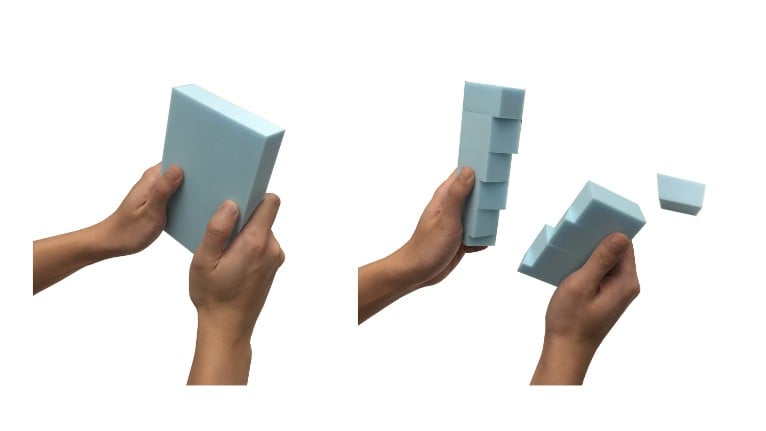 The stepped forms mediate the contrast in scale between the two towers and the existing neighborhoods, articulating seven- to eight-story blocks that echo the scale of neighboring buildings. The façade reinforces this subdivision. Large, eight-foot by eight-foot windows are incorporated into a grid of precast concrete panels, maintaining expansive views. Like the shingled facades seen on Greenpoint’s townhouses, the precast panels are carved by a series of angled planes. The shingling of each “block” of the tower alternates in orientation — vertical, horizontal, or diagonal — to emphasize the finer scale of the towers’ mass. The result is a dynamic relief that reacts to the movement of the sun throughout the day. 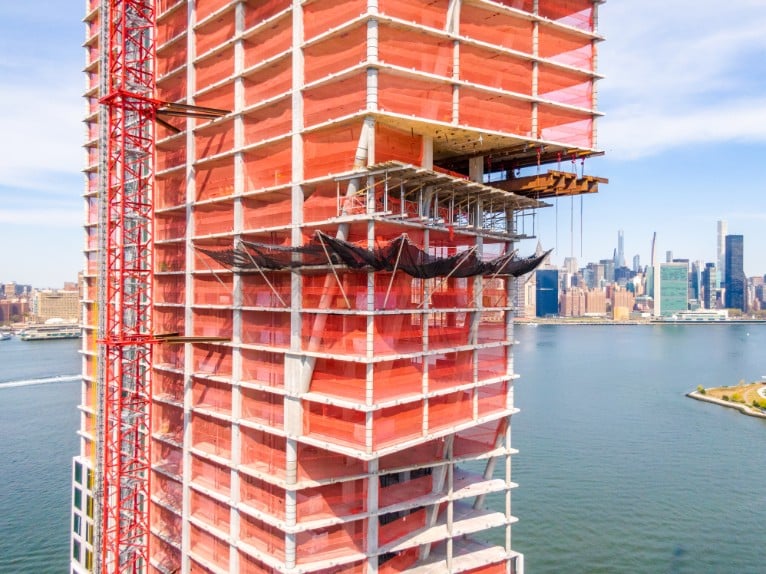 Marmol Radziner is the interior designer and landscape designer for the buildings and Beyer Blinder Belle is the executive architect and unit interior designer. The general contractor is New Line Structures and superstructure contractor is Highbury Concrete.
This project was designed by Partner Jason Long with Associates Chris Yoon and Yusef Ali Dennis, and the OMA New York team.