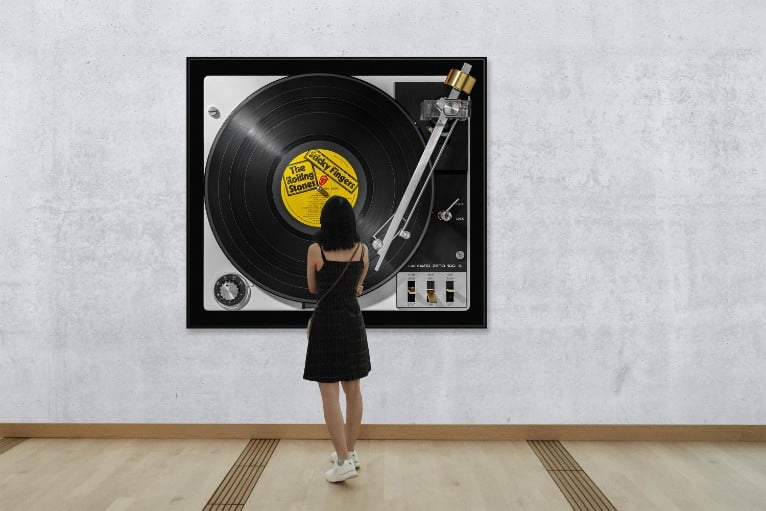 Sticky Fingers, the ninth studio album of the Rolling Stones, was truly a landmark in the band’s history. Not only did it mark the turning point of their musical work but also the birth of their signature ‘tongue & lips’ logo. Celebrating the album’s 50th anniversary a remarkable vinylography artwork is now dignifying the band’s probably most creative work.

It was April, 23rd of 1971 when this true masterpiece of music history was released. By the late 60s the band was facing a lot of challenges. They were only playing very few gigs and the conflicts between Mick Jagger and Keith Richards seemed to get worse from day to day whilst guitarist Brian Johnson’s drug addiction also became a huge burden to the band. To top it all off their contract with Decca Records was expiring.

Against all odds the band decided to keep going and release a new record on their newly formed label, Rolling Stones Records. Sticky Fingers was also the first album without Brian Jones, who was dismissed from the band in June 1969 and replaced by Mick Taylor. It also featured the first usage of their signature ‘tongue & lips’ logo, which was designed by then art student John Pasche. The logo’s design was supposed to represent the band’s anti-authoritarian attitude, Jagger’s mouth and their obvious sexual connotations. 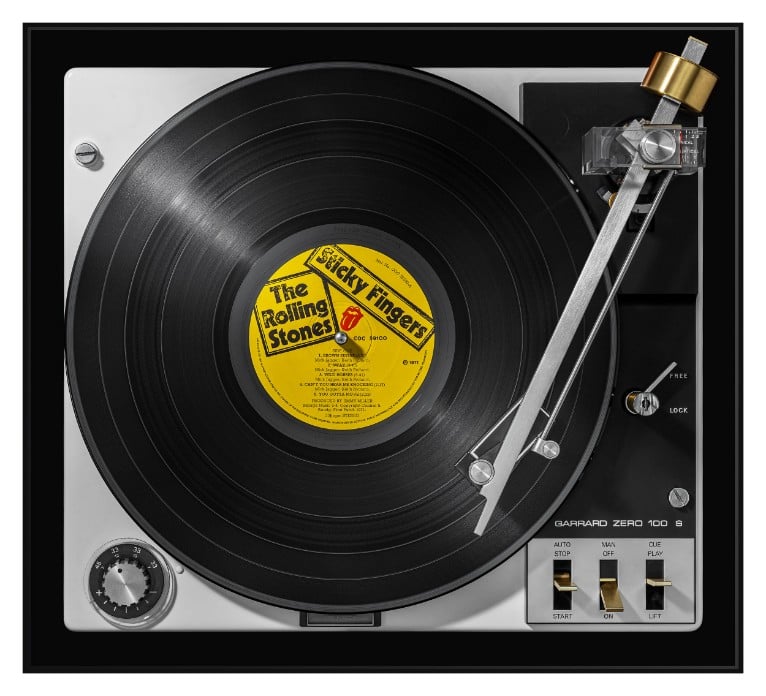 Sessions for Sticky Fingers started in March 1970 and ended in January 1971, producing ten tracks from which two of them, Brown Sugar and Wild Horses, were released as singles. It became the band’s first album to reach number one on both the UK albums and US albums charts.

The album’s artwork, designed by the one and only Andy Warhol, caused a huge stir. The cover showed a close-up of a denim-clad crotch and the original vinyl release even featured a real working zipper that revealed another crotch in white briefs. Unfortunately, the zipper caused damage to the vinyl and was removed from later copies.

Celebrating Sticky Fingers’ 50th anniversary photographer Gerd Schaller created a remarkable artwork showing the first UK pressing of the album on a Garrard HiFi-turntable Zero 100 S. This artwork is part of his Vinylography series and is available in different sizes up to 180 x 161 cm. 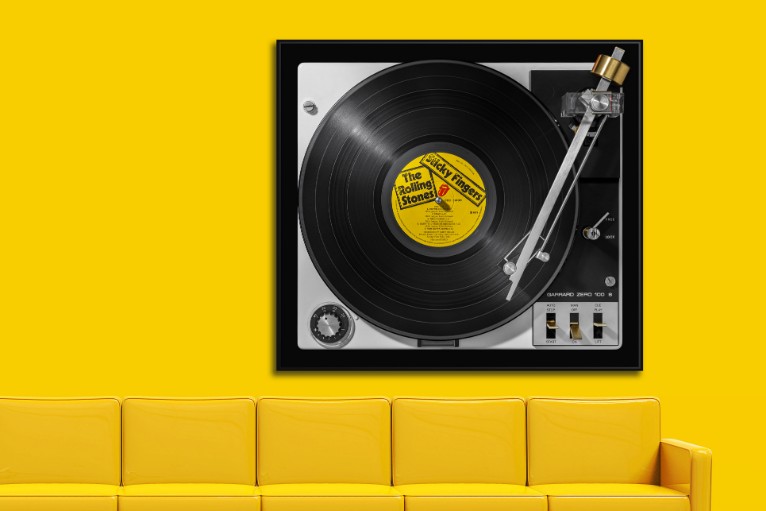