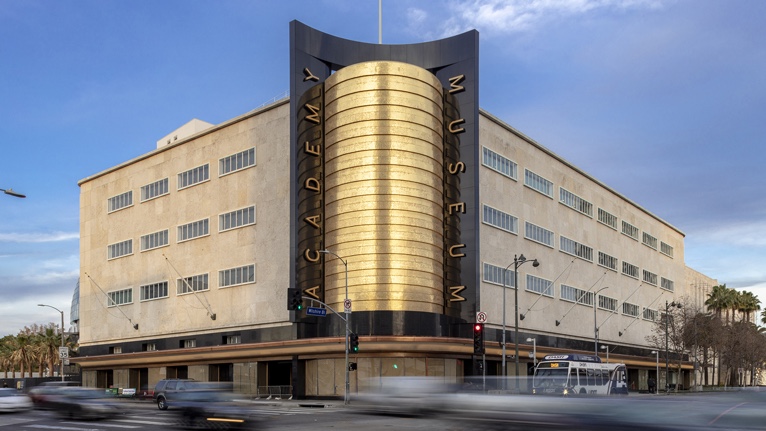 The Academy Museum of Motion Pictures in Los Angeles today announced its grand opening on September 30, 2021.

The Academy Museum of Motion Pictures is the largest institution in the United States devoted to the arts, sciences, and artists of moviemaking.

Designed by Pritzker Prize-winning architect Renzo Piano, the 300,000 square-foot museum campus at Wilshire and Fairfax features a major renovation and expansion to the 1939 May Company Building.

Renamed the Saban Building in honor of the benefactors Cheryl and Haim Saban, this Streamline Moderne landmark in the heart of Los Angeles’s Miracle Mile neighborhood is adjoined by a soaring new glass-and-concrete spherical addition to the north, featuring a terrace with sweeping views of the Hollywood Hills. 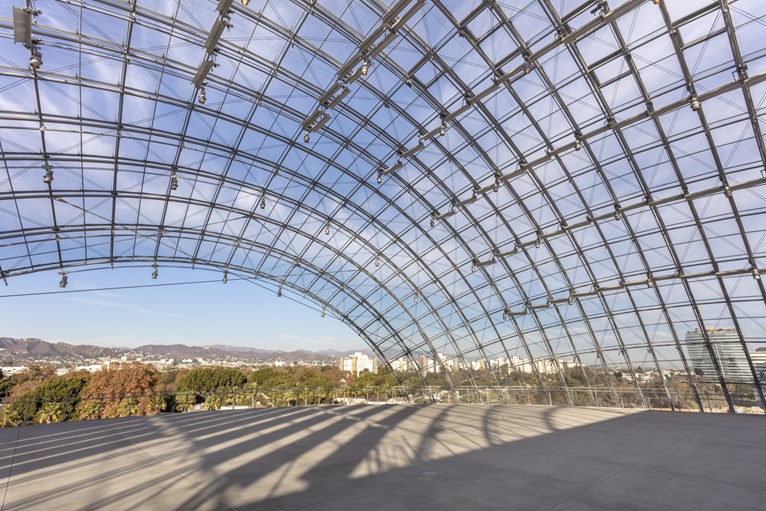 The new 1,000-seat Geffen Theater located in the sphere will become a center for all visitors and feature daily screenings, major film events including previews, openings and special presentations with the world’s leading filmmakers. 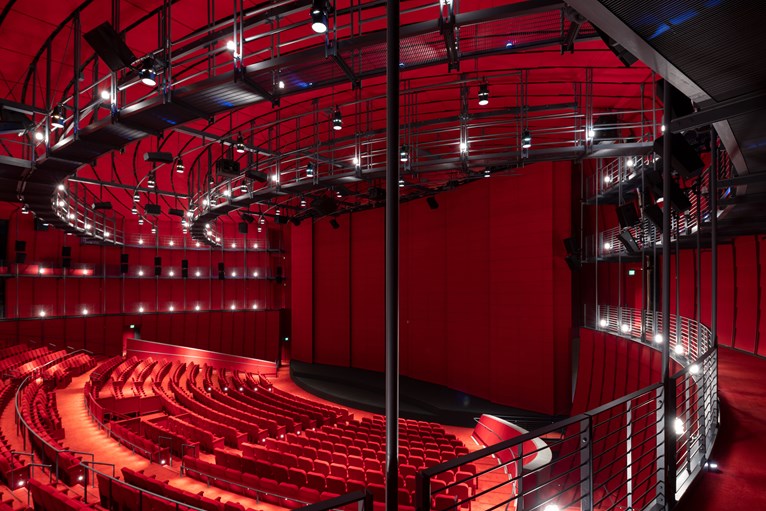 A more intimate 288-seat theater will offer screenings ranging from Saturday morning matinees for children of all ages to a global cinema series. 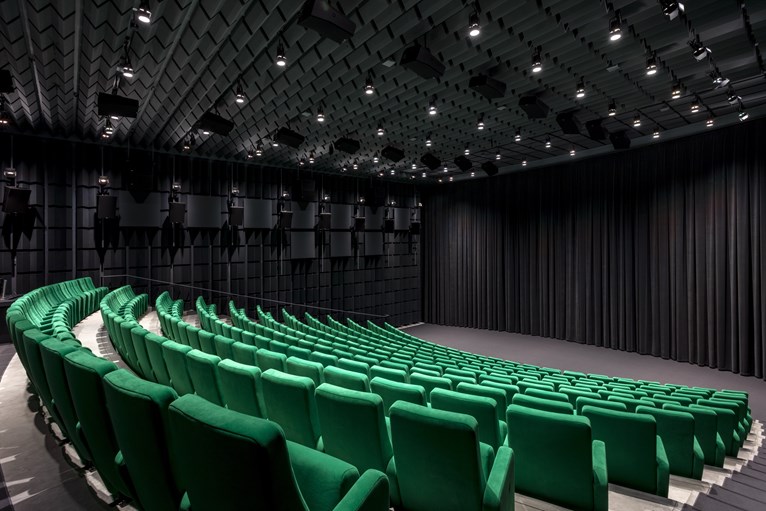 Both theaters will be home to an array of live performances, lectures, panels, and other events that will bring the most notable film artists of today to Los Angeles. Theaters will be equipped to present film with multidimensional sound experiences and superior screen quality. 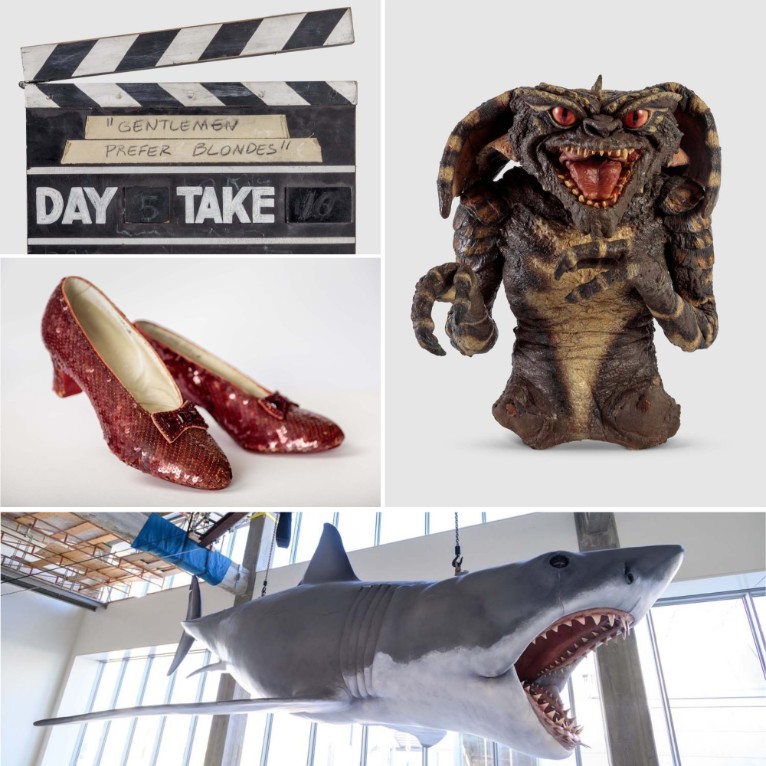 Additionally, the museum will draw from the unparalleled collections of the Academy of Motion Picture Arts and Sciences, which contains a vast range of motion picture production and history-related objects and technology, works on paper, and still and moving images covering the history of motion pictures in the United States and throughout the world. 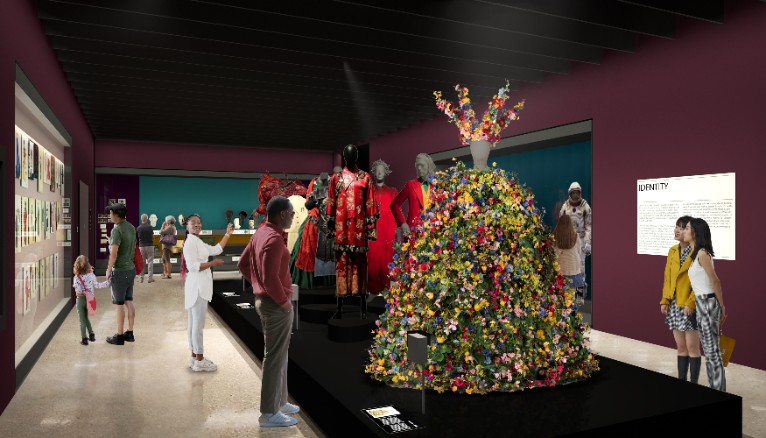 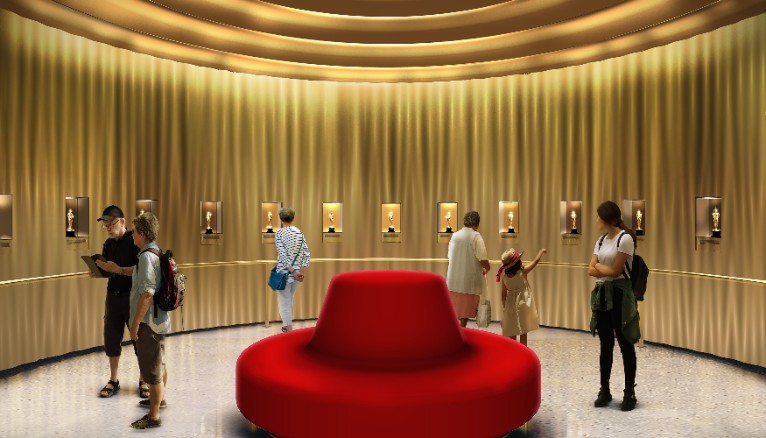 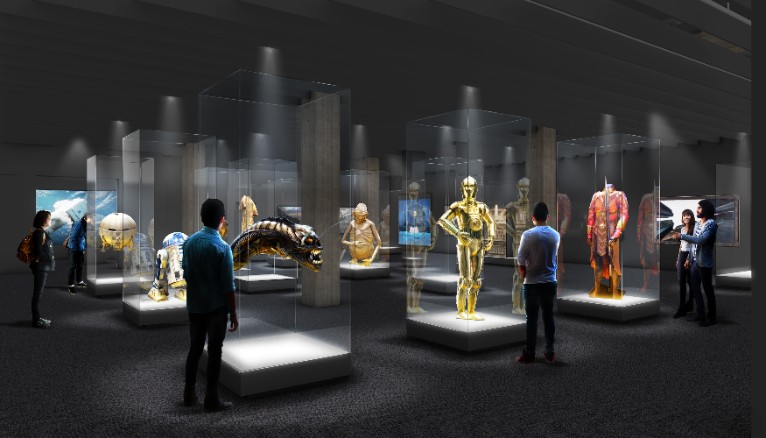 Academy Museum Foundation/Images by WHY Architecture

The collections include more than 12.5 million photographs; 237,000 film and video assets; 85,000 screenplays; 65,500 posters; and 133,000 pieces of production art. The collections also include more than 1,700 special collections of film legends such as Cary Grant, Katharine Hepburn, Hattie McDaniel, and Alfred Hitchcock. These special collections contain production files, personal correspondence, clippings, contracts, manuscripts, scrapbooks, storyboards, and more. The Academy's collecting divisions work collaboratively to acquire, preserve, digitize, and exhibit the broad range of materials entrusted to their care by generations of filmmakers and collectors.