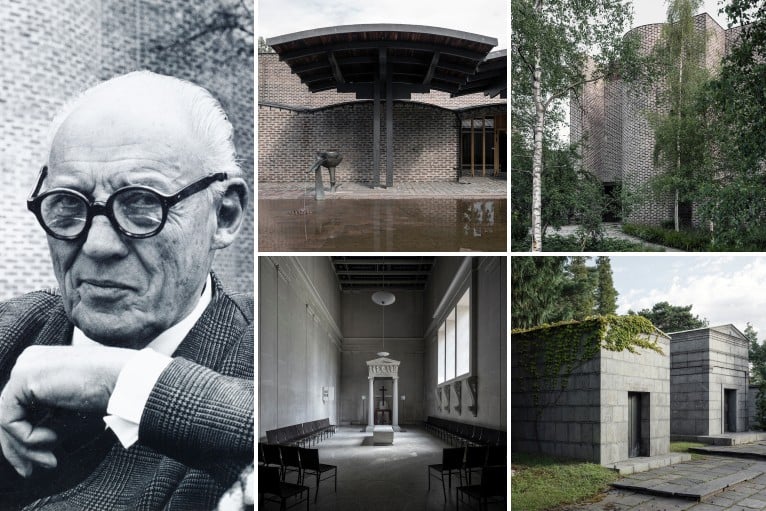 Sweden’s most revered architect Sigurd Lewerentz, regarded as a giant of 20th century architecture, is the subject of a major exhibition, Sigurd Lewerentz: Architect of Death and Life with exhibition design by Caruso St John Architects, opening at ArkDes, Sweden’s national centre for architecture and design in Stockholm, on 1st October 2021 (postponed from 30th April 2021).

This will be a significant moment of assessment, the first major monograph exhibition of the work of Lewerentz since the 1980s including the publication of the most comprehensive to date biography, published in May 2021. 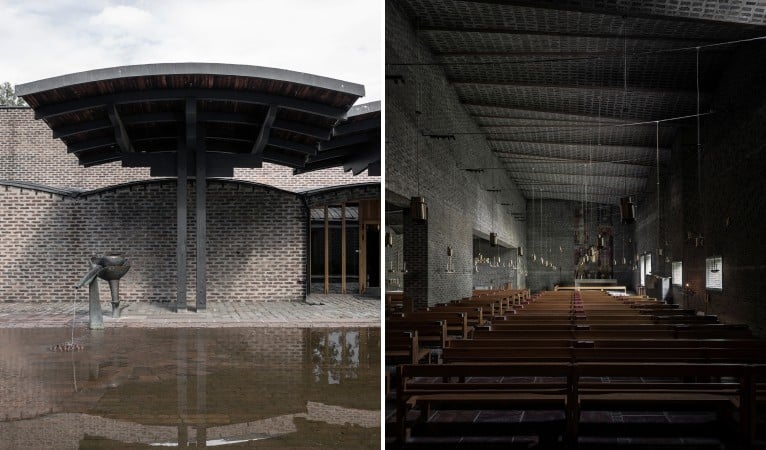 Lewerentz, who was born in Bjärtrå, Ångermanland in northern Sweden in 1885 and died in Lund 1975, is an enigmatic figure in the modern history of architecture. He rarely spoke publicly or published, but his influence is acknowledged by a generation of the world’s leading architects. 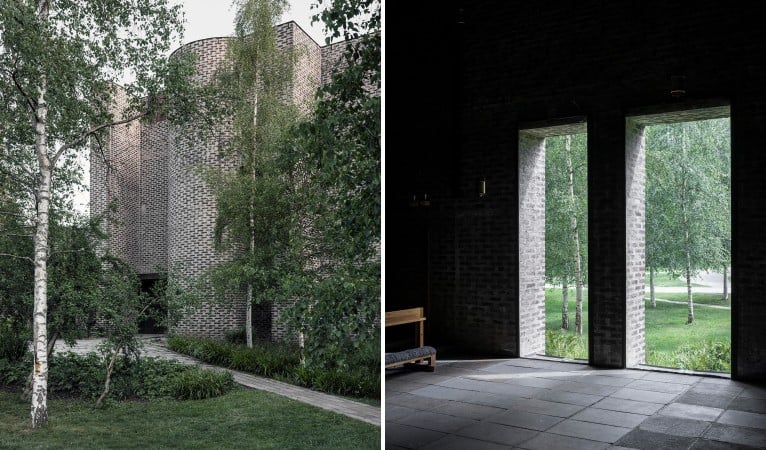 Kieran Long, Director of ArkDes and curator of the exhibition, said: “There is no Swedish architect with more influence on contemporary architecture today, or with more passionate advocates across the globe, than Sigurd Lewerentz. Devotees travel from everywhere in the world to see his buildings. There are very few architects in history with Lewerentz’s ability to make buildings that truly ask the biggest questions about what it means to be a modern person. His work powerfully evokes our deepest and most archaic cultural memories. But he was also fascinated by cosmetic and fleeting pleasures: Shopping, dancing, drinking and having dinner. The life of the city fascinated him and his work made a stage for our playful selves as well as our spiritual ones.”

Colin St. John Wilson, paraphrasing E.M. Forster’s impression of the Greek poet Constantine Cavafy, said it was “as if he stood at a slight angle to the world.” 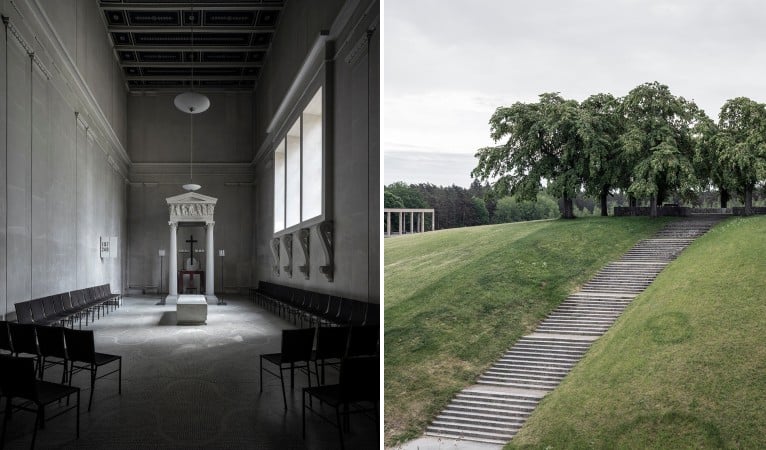 In the words of Adam Caruso, designer of the exhibition: “Lewerentz’s late projects represent an unprecedented integration of making and thought. Like Matisse, who advised young painters to cut off their tongues and communicate with brush, paint and canvas, Lewerentz was famously laconic. He did not teach and few of his own project descriptions survive. He built.”

The exhibition and the book are the result of four years of research. The majority of the objects in the exhibition are drawn from ArkDes’ own formidable collection, which will be shown alongside hitherto unknown or never previously exhibited objects that have been discovered in travels by the research team across the country. 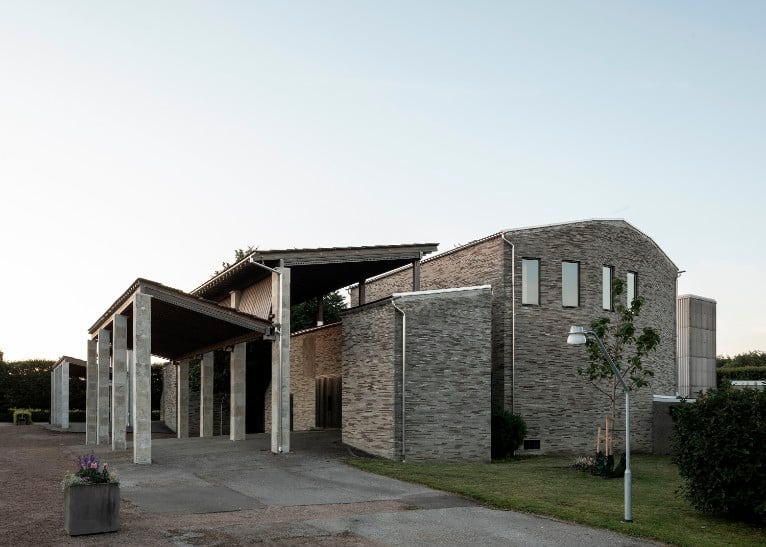 The exhibition will cover the full range of Lewerentz’s works. Among these are three iconic projects: The Woodland Cemetery in south Stockholm, designed with Gunnar Asplund (1915-61), now a UNESCO World Heritage Site where many notable Swedish writers, musicians and actors are buried, including Greta Garbo, and his two late masterpieces, St Mark’s Church, in Bjorkhagen, completed in 1960; and St Peter’s Church, in Klippan, a town 60 kilometres north of Malmo, completed in 1966. The show will include a range of drawings of these famous buildings but also objects that show how Lewerentz’s collaborations with artists and theologians made buildings that were deeply literate and inventive about Christian traditions. 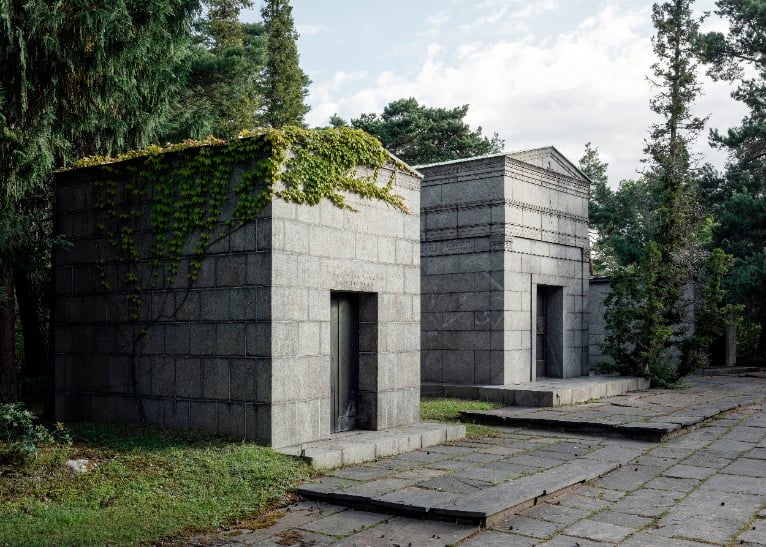 ArkDes will produce a landmark new book in connection with the exhibition, by far the largest and most comprehensive ever written about Lewerentz. Designed by award-winning graphic designer Malmsten Hellberg and images by the architect and architectural photographer Johan Dehlin, it will contain over 700 pages of drawings, photographs and models, plus excerpts from Lewerentz’ personal archive and library. Sigurd Lewerentz: Architect of Death and Life is edited by Kieran Long,  Johan Örn and Mikael Andersson, and is published by Park Books in collaboration with ArkDes.