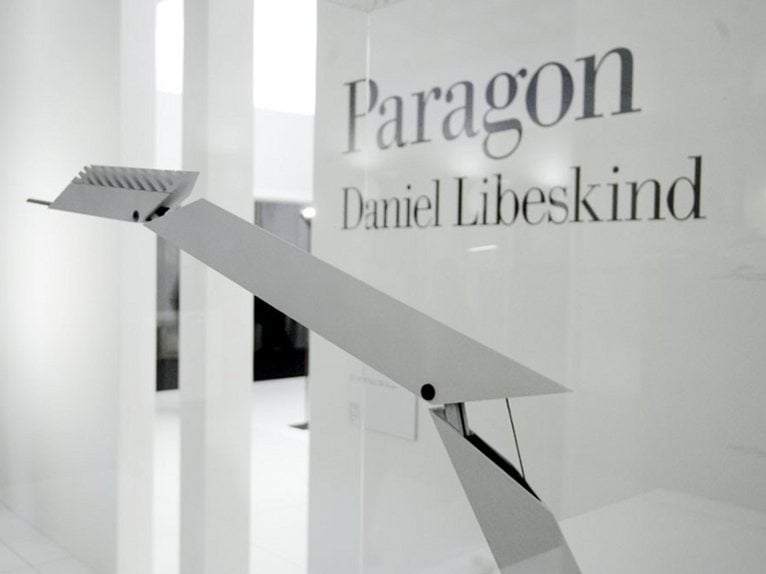 One of the “omnipresent” starchitects during the last edition of the Salone del Mobile which has just ended was undoubtedly Daniel Libeskind. His contributions ranged from installations to product design. Indeed his installation Beyond the Wall, within the Show Event Hybrid Architecture & Design, promoted by the magazine Interni, was hosted for a week in the Seventeenth Century, Courtyard of Honour at the University of Milan. 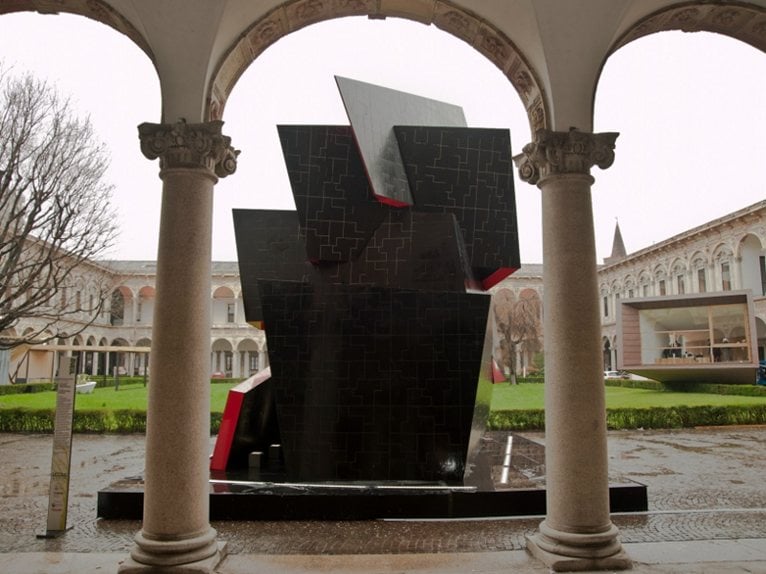 The installation, designed for Cosentino Group, came from the idea of a structure that develops along a multi-centric spiral, opening up to a series of directions along multiple paths, just like architecture must interact with a series of ideas, disciplines,desires and ambitions.

“The outer wall cladding, made of quartz Silestone® bacteriostatic surfaces, offers a geometry that gives shape to a fractal pattern that recalls the Golden Ratio. The motif is an integral part of the architecture of the wall, which brings with it the logical structure and the proportion of the modular scale. A sort of splinter penetrates the figure: it is the overlaying of a pattern that breaks the scale and dissolves the strength of the decks as they writhe their way upwards. It is a mathematical mosaic, a mobile network that moves and stops without ever repeating itself: it is the 'fractal', a modern concept of tile. The aim is to find the similar that never repeats itself, and for this reason the cladding must be a-periodic. It engages and locks together in an infinite open logic, creating like a network, so that the cladding can grow like a branch.” 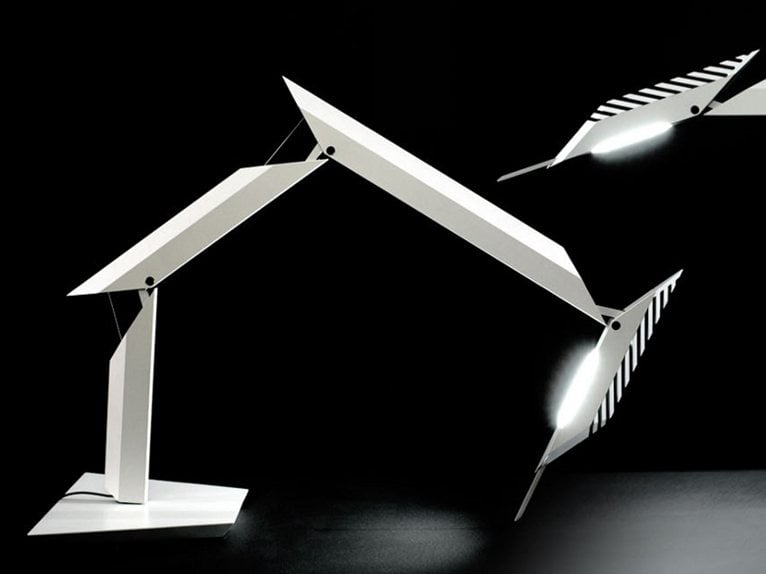 Several companies have asked the American architect for contributions. They include Artemide, for which Libeskind has created a table lamp Paragon. “Paragon” explains its designer, “consists of four foldable segments that let you create a variety of interesting geometric shapes that take on many different appearances, from those of a bird to those of a rocket ready for launch. The head that contains the LEDs acts as exemplary model (“paragon”) for all the other potential resulting forms”. 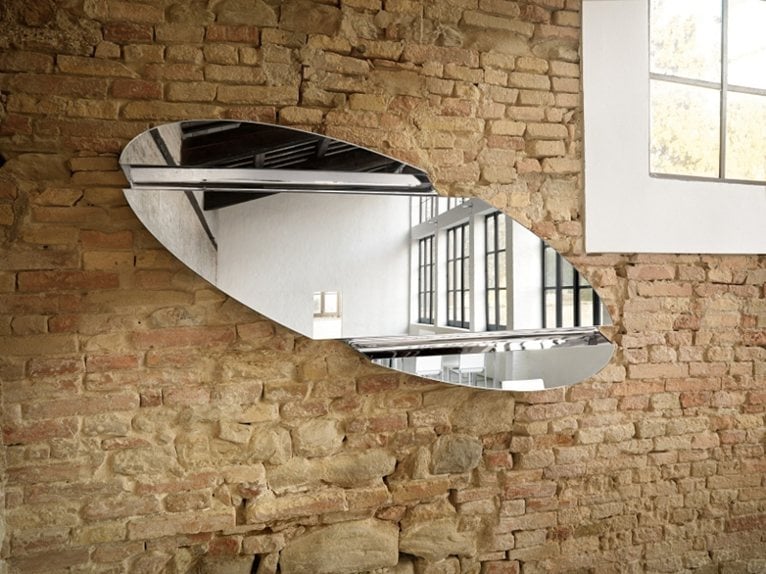 Another well-known brand to have received a contribution from Libeskind is Fiam which celebrated its fortieth anniversary by presenting the brand new collection of mirrors created by Libeskind called The Wing. The collection reinterprets the mirror as a magical object that acts on the space. From the traces etched on its surface, the mirror has the power to convey the fascinating mystery of what is reflected. “To reawaken the eyes of the sleepers” said the blind bard, attributing the mirror the footprint of a dynamic sign that stands on the faces of those who see it. Thus The Wing suggests the enigma of reawakening on the wing of the dreams and desires of man, playing the “deconstructivism” of which Libeskind is one of the greatest expressions.

The company Jacuzzi® unveiled the exclusive tub Flow designed by Libeskind. Starting from the innovative City Spa, it is the result of the interaction between two classical geometries, with a circular base that writhes up and gradually becomes square in the top deck. Its shape resembles the intricate Roman Baths and the eccentric Baroque tanks, as well as recalling the rotary motion of a sea whirlpool. The basic idea of the project is to transform what is usually considered to be a purely functional object, into a luxurious design icon equipped with Jacuzzi®'s cutting edge whirlpool technology. 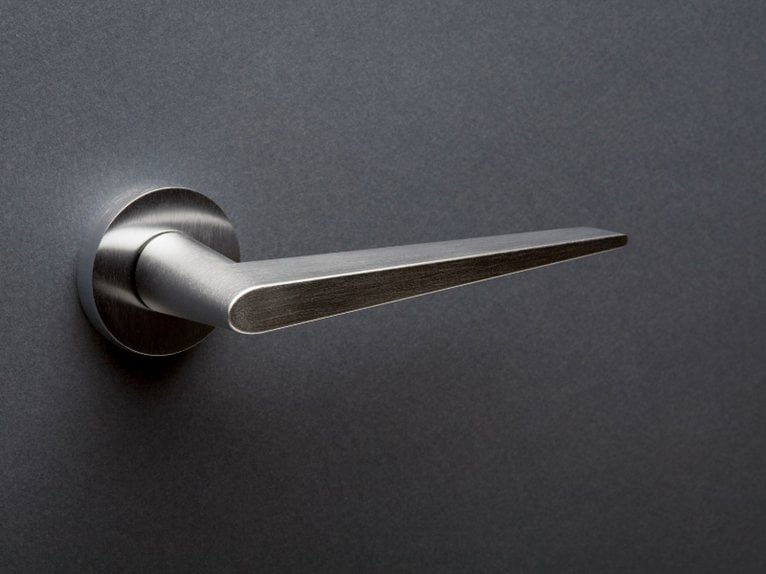 Nina, on the other hand, is the name of the handle designed by Libeskind for the Italian company Olivari and premièred at the Saloni 2013.