The “Barrier” is made with 5 high-powered lasers that create a unique 1.5 km red light that crosses Ostend beach. It is a conceptual line that defines the coast of Ostend and divides the beach and the sky horizontally into 2. 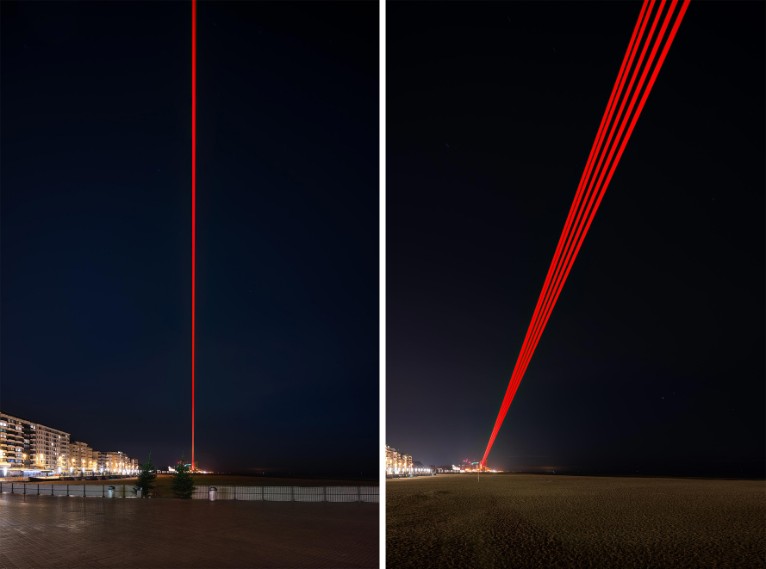 This red light beam paints a spatial and conceptual division that proposes a reflection on the limits and barriers that exist in our society, in our minds and at our borders.
Social and intellectual polarisation is ever more present in our society and requires joint reflection that leads us to a common cause. 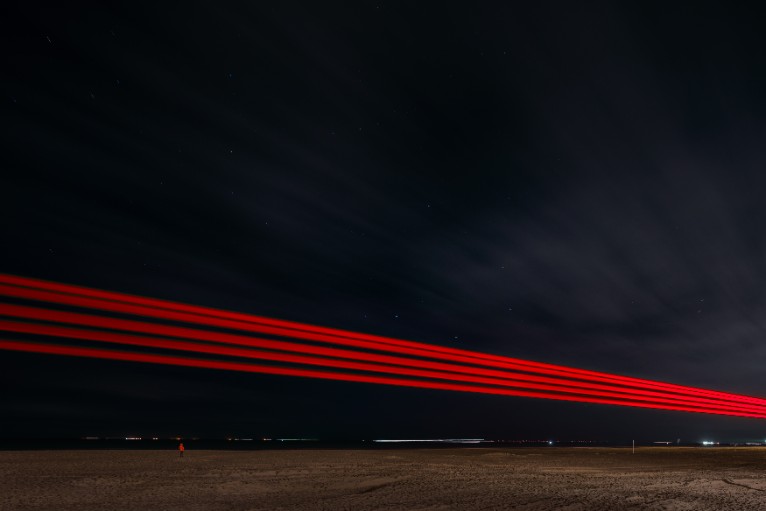 In this occasion, SpY has envisioned the installation of a Barrier is made with 5 high-powered lasers that create a unique 1.5 km red light. Given the simplicity and visual power of the project, citizens and visitors are immediately surprised by the decontex- tualization of the place that suggests a spatial and conceptual division of the beach and the sky horizontally into 2. 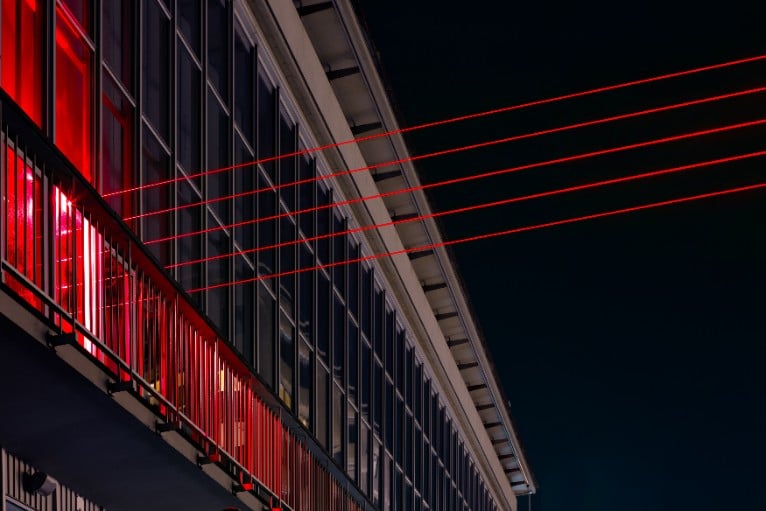 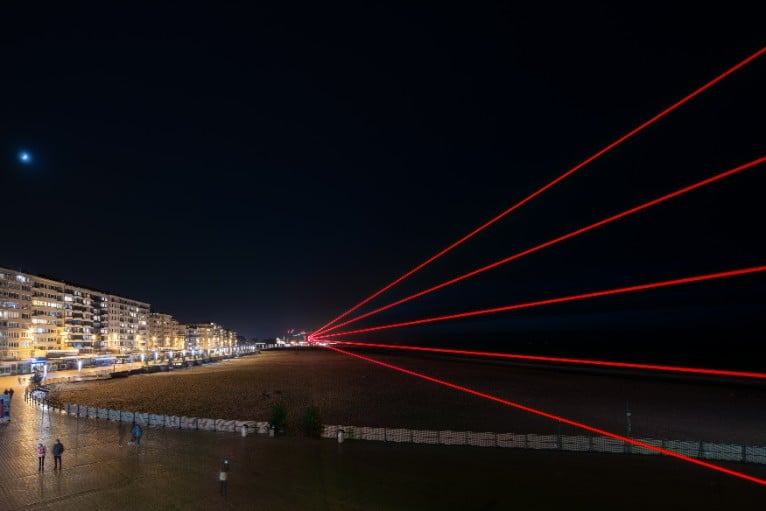 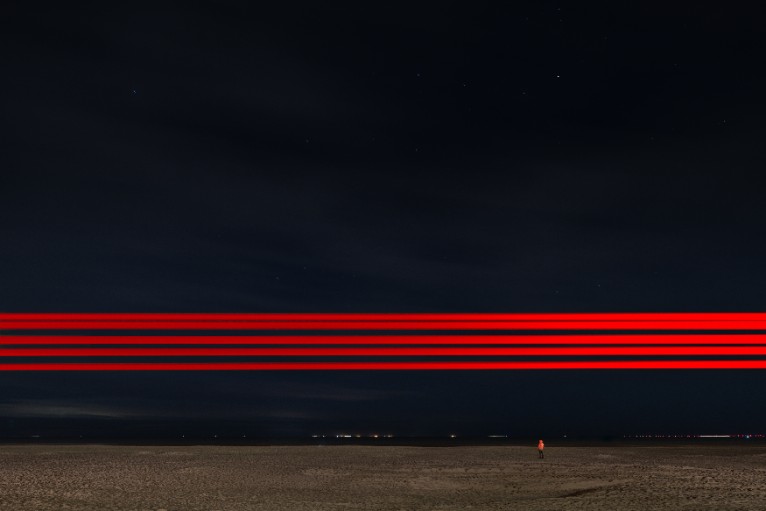 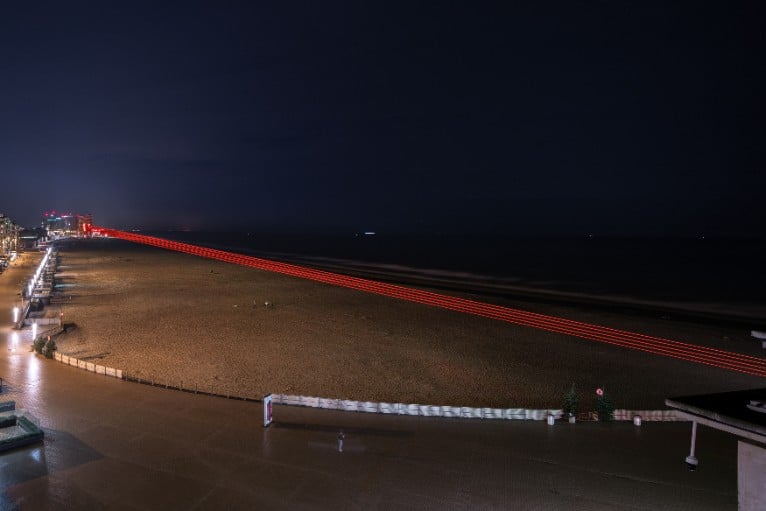 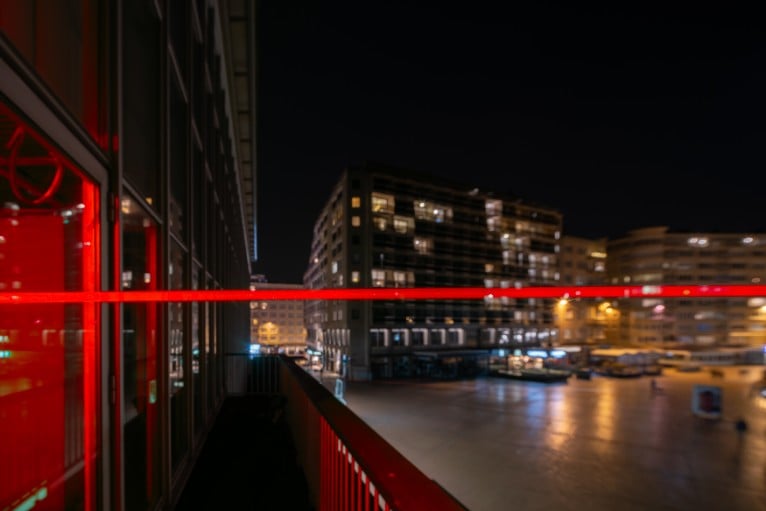 SpY is an artist from Madrid whose first urban performances began in the mid-eighties. A little later, SpY established as the leading figure in the urban art scene, he began to explore other forms of artistic communication in the street. His work consists of taking over urban elements by means of transformation or replica, the commentary on urban reality and the interference in his communicative codes.

The bulk of his production stems from the observation of the city and an appreciation of its components not as inert elements, but as a palette of materials overflowing with possibilities. The will of the game, the careful attention to the context of each piece and a constructive, not invasive attitude unmistakably characterize his interventions.

SpY’s pieces want to be a parenthesis in the automated inertia of the urbanite. They are pinches of intention that are hidden in a corner for those who want to let themselves be surprised. Filled with equal parts of irony and positive humour, they appear to make the passer-by smile, incite reflection, and to favour an enlightened conscience.

All Photos by: © RubenP Bescos