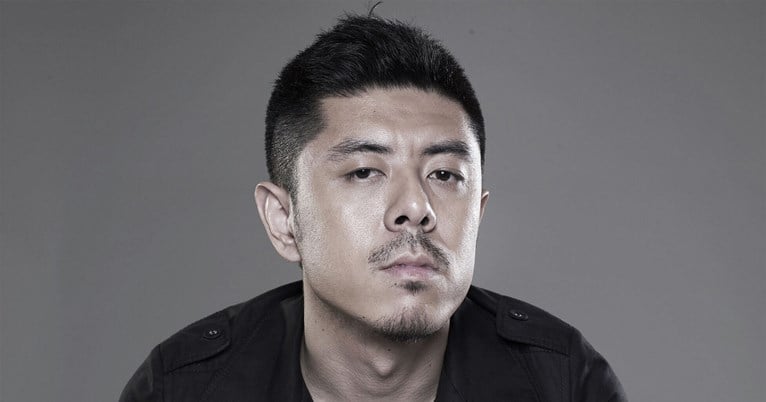 Founded by Chinese architect Ma Yansong in 2004, MAD architects is a global architecture firm committed to developing futuristic, organic, technologically advanced designs that embody a contemporary interpretation of the Eastern affinity for nature. With its core design philosophy of Shanshui City – a vision for the city of the future based in the spiritual and emotional needs of residents – MAD endeavors to create a balance between humanity, the city, and the environment. 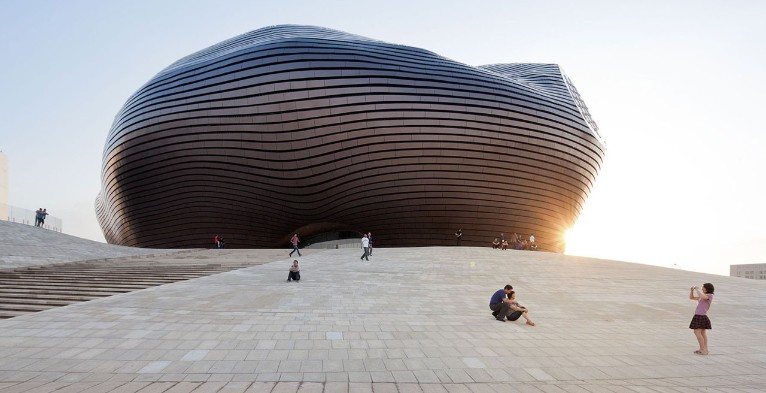 Globally recognized as a creative pioneer, founding principal Ma Yansong is a central figure in the worldwide dialogue on the future of architecture. Ma was named one of the “10 Most Creative People in Architecture” by Fast Company in 2009. He received the prestigious “International Fellowship” from Royal Institute of British Architects (RIBA) in 2011, and was selected as “Young Global Leader (YGL)” by World Economic Forum (Davos Forum) in 2014.

Here, we ask Ma Yansong to give us an inside look at his life and work. 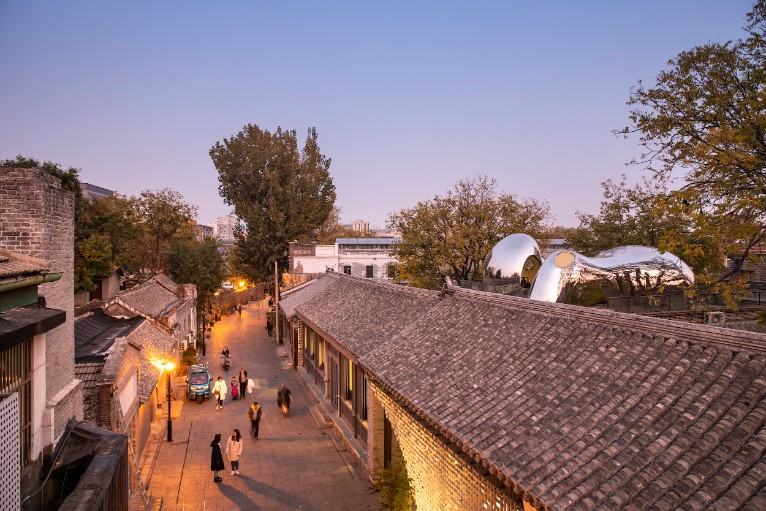 1. When you were a child, what did you dream you'd become? When did you realize you’d become an architect?

Studying architecture was a coincidence. I applied to film academy for college and had a really high score. However, the professor who interviewed me spotted my talents in drawing and advised me to study architecture. At that time, we learned architecture in a very doctrine way. Consequently, I read a lot by myself, especially the autobiographies of the great architects of our time. By reading, I realized that architecture is also a form of art, which could touch the deepest aspects of humanity. 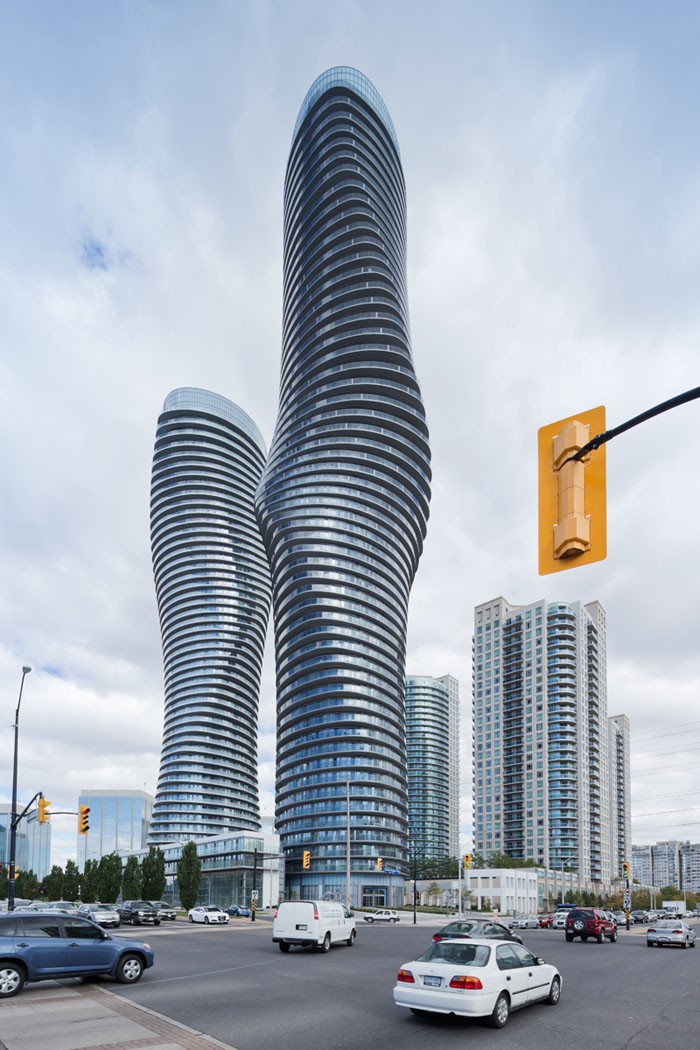 2. In addition to your architectural practices, you have also done series of art projects. Introduce one to us.

Architecture for me is a tool for communication, which enables me to recall the past and imagine the future. Architecture itself is a form of art, as attitude, feelings and emotions always play an important role in the imagination of a space. 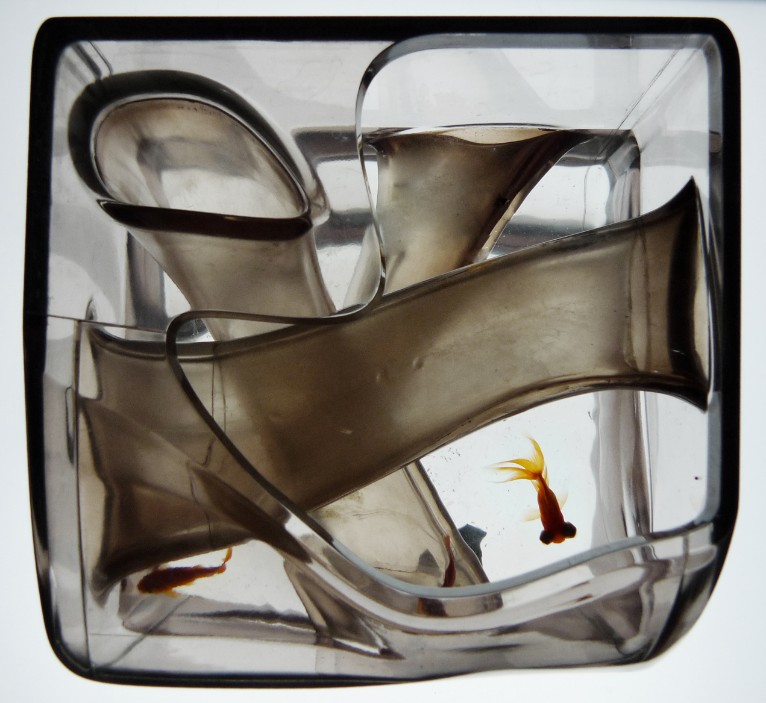 My first well-known art project is Fish Tank, which I did when MAD Architects was just founded. I was wandering on the streets one day, and bought some fishes. The store owner gave me a fish tank as a gift, which made me think about why afish tank is always rectangular. Is it because the fishes like it this way? Are they happy in this kind of “house”? I recorded the trail of fishes moving within the tank and created a new fish tank with intertwined channels within. 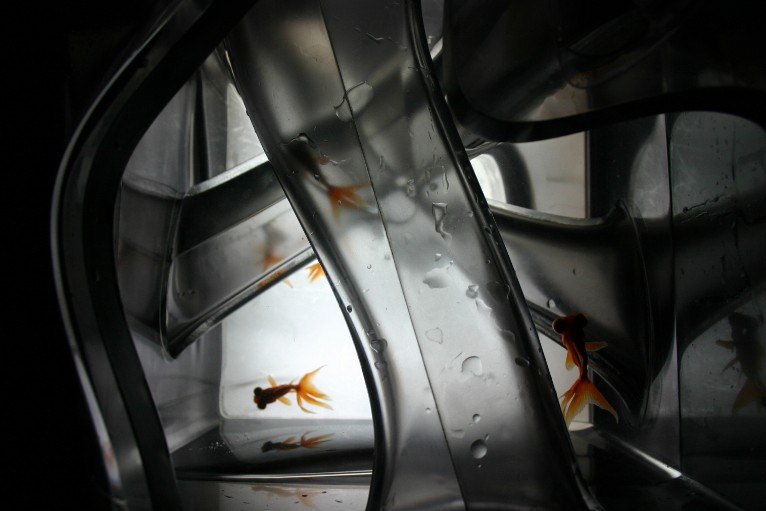 This links to my reflection on our living conditions today. In modern cities, all houses are rectangular cubes that alienate us from each other. We are just like those fishes, incapable of choosing the space we are living. However, for houses in the future, they should not be machines for living, but emotional spheres that enable broader dialogues.

3. What’s the projects among yours that better represents you?
I think if aliens were to visit the earth and destroy human civilization, the Hutong Bubble might be one of our projects that is left untouched. 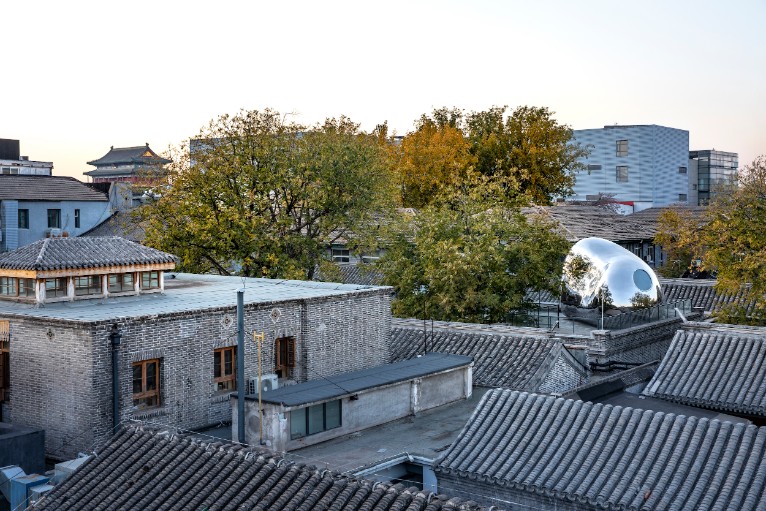 Hutong Bubble is a renovation project focused on revitalizing Beijing’s old city.It was included in MAD’s proposal for the future Beijing 2050 and first revealed in the MAD IN CHINAexhibitionat the 2006 Venice Architecture Biennale. Beijing 2050 imagined three scenarios for the future of Beijing, a green public park in Tiananmen Square, a series of floating islands above the city’s CBD, and the “Future of Hutongs,” which featured metallic bubbles scattered over Beijing’s oldest neighborhoods. Three years later, the first Hutong Bubble appeared in a small courtyard in Beijing; andone decade later in 2019, a second Hutong Bubble was realized in the Qianmen area featuring a more complex design and functions. 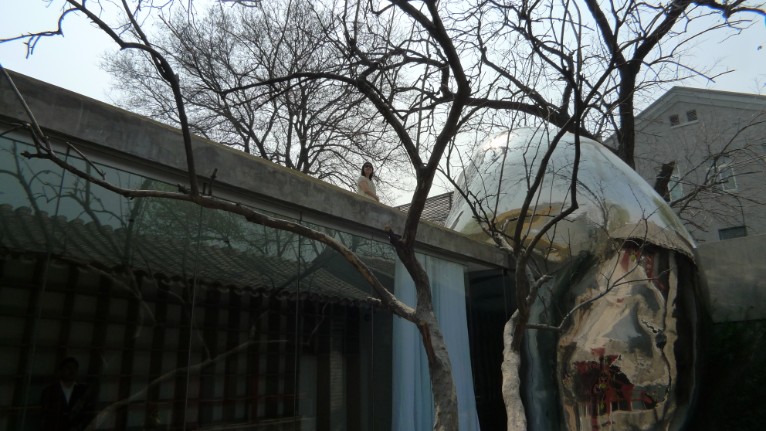 The bubbles’ shiny exteriors render them alien creatures in their context, and yet at the same time, they reflect the wood, brick, and greenery around them. The past and the future can thus coexist in a finite, yet dream-like world. 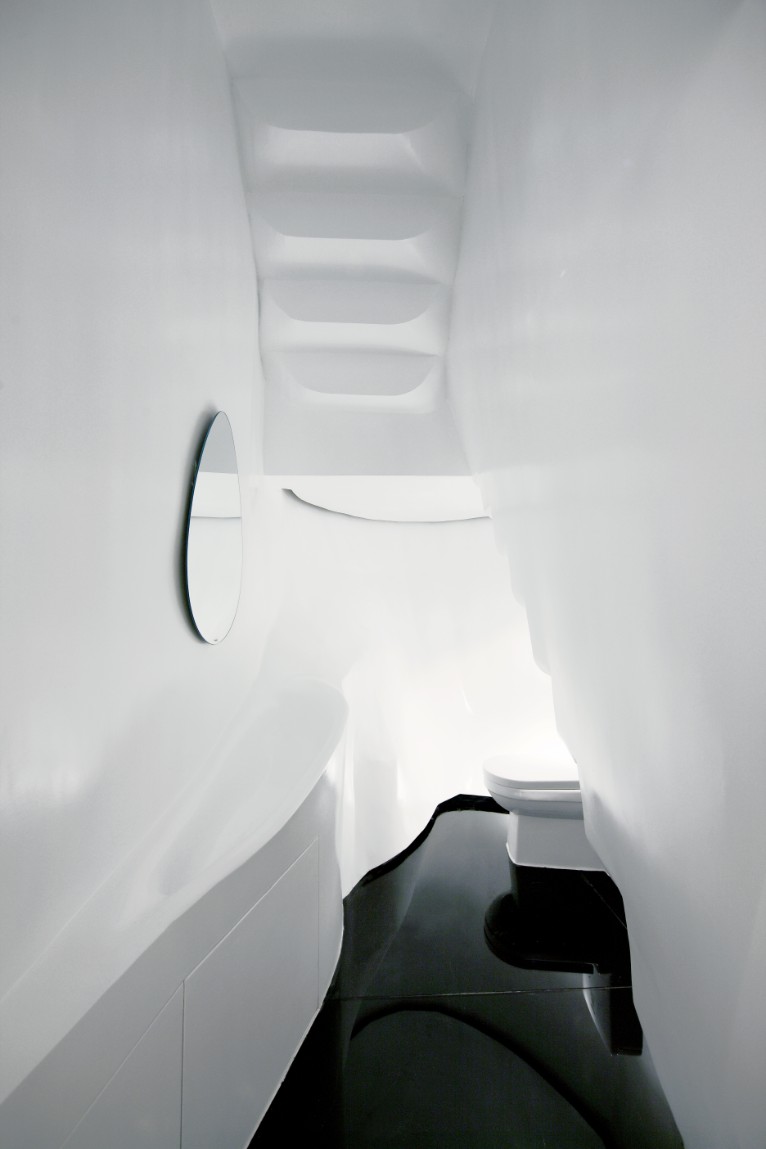 Interior of Hutong Bubble 32, 2009, Beijing, China, this bubble was a public toilet inserted into a traditional courtyard to meet contemporary living conditions,courtesy of MAD Architects.

The real dream, however, is for the hutong bubbles to link this culturally rich city to each individual’s vision of a better Beijing. Eachbubble is not regarded as a singular object, but as a means to initiate a renewed and energetic community. 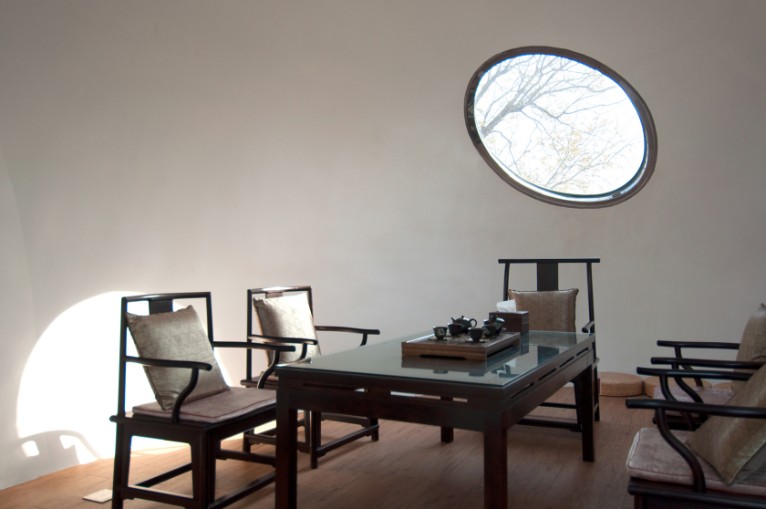 4. Name a person who inspires you in your architectural practices.

Louis Khan is no doubt one of the persons that I admire the most. His works are also more concerned on quality rather than quantity. To some extent, he is an anti-modernism architect because the core of his works is the dialogue with nature.

5. Have you ever consider other profession besides architecture?

I have dreamed of becoming a filmmaker. Even now I still want to make a filmabout how I imagine the city of the future.

6. What’s your understanding of “home” and how you put it in your practices?

“Home” as a theme that arose when I was designing The Clover House, a kindergarten that feels like home, in Okazaki, Japan. Touched by the kindergarten owner’s deep connection with the house, I didn’t want to design a kindergarten as a rigid and disciplined space. Instead, I kept the original wooden structure and added a new skin to it. 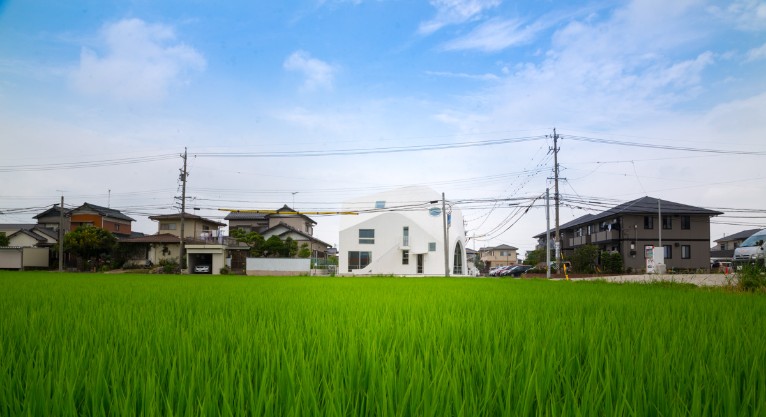 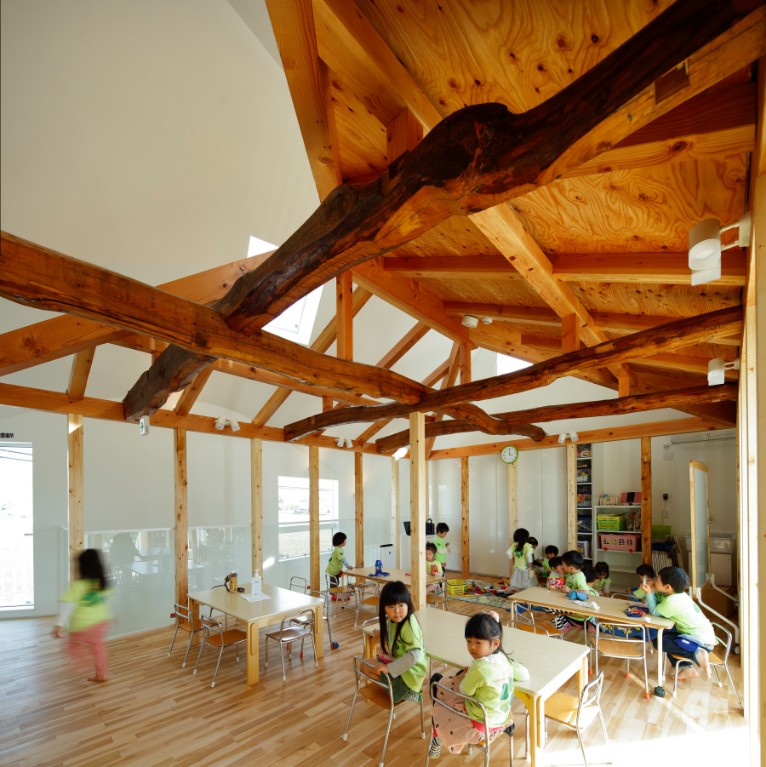 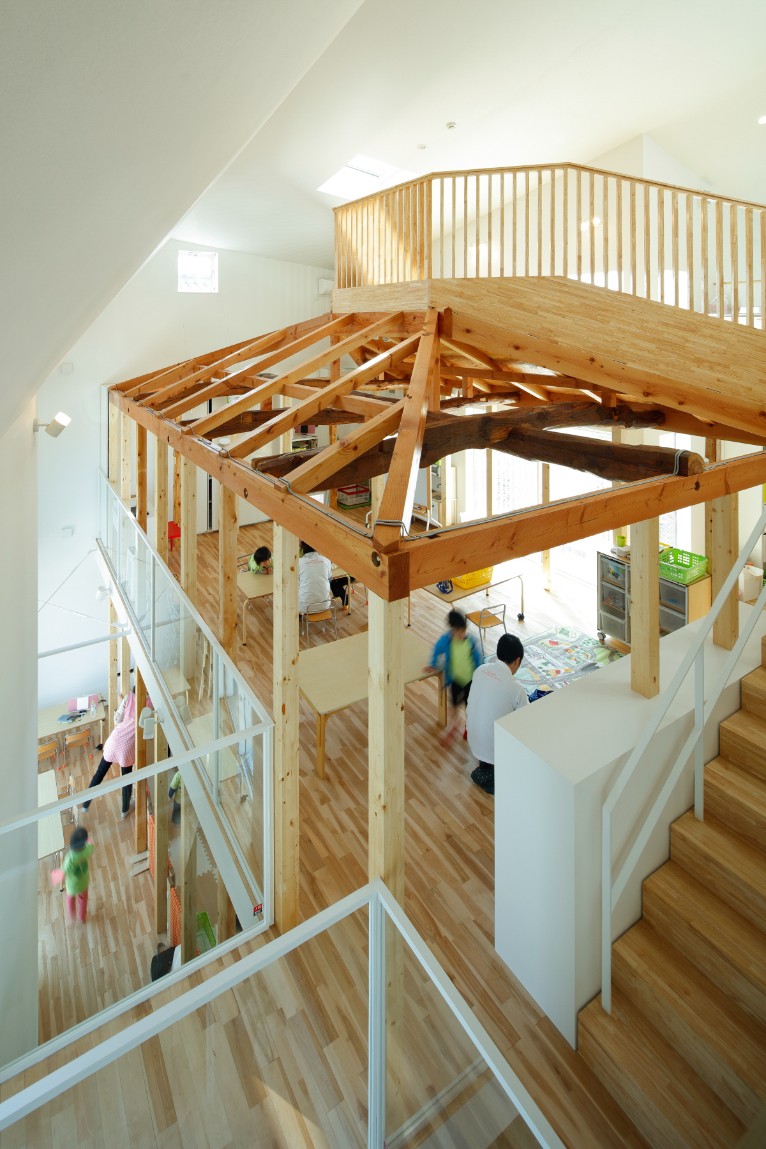 The new house’s skin and structure wraps the old wood structure like a piece of cloth covering the building’s skeleton, creating a blurry space in between the new and the old, reserving the warm memories and at the same time triggers new emotional connections. 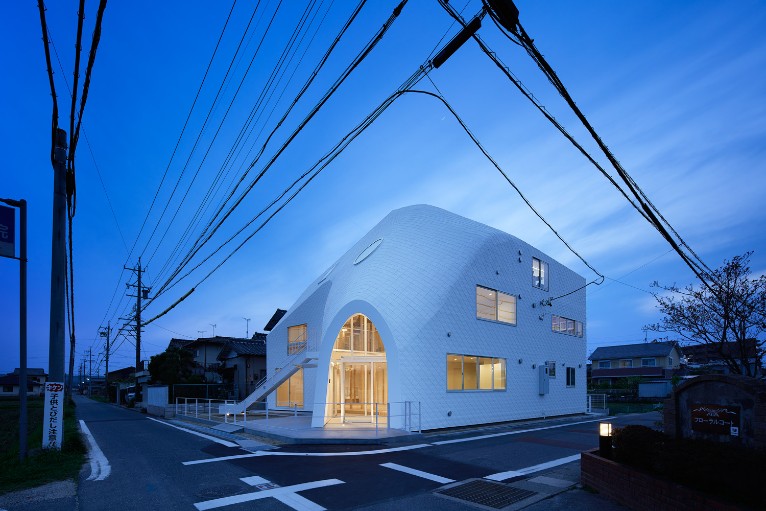 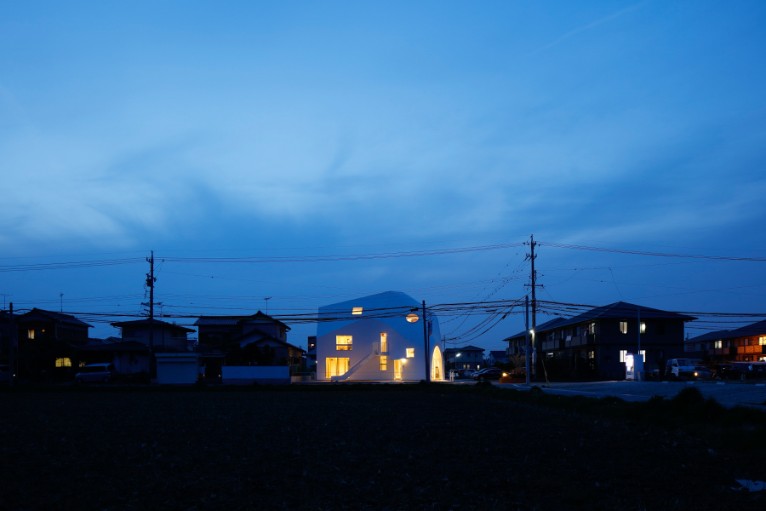 7. Describe your special attachment to Beijing?

I'm a Beijing local. I was born and raised here. Initially, Beijing was designed as a garden with a man-made lake in the center. Although these lakes and gardens are artificial, they together create a feeling that we are surrounded by natural scenery. In fact, the “nature” here is a product of our imagination, which represents nature in our perception. This is exactly what we need for architecture today, and I really want to inject this inner spiritual quality into increasingly busy city centers. 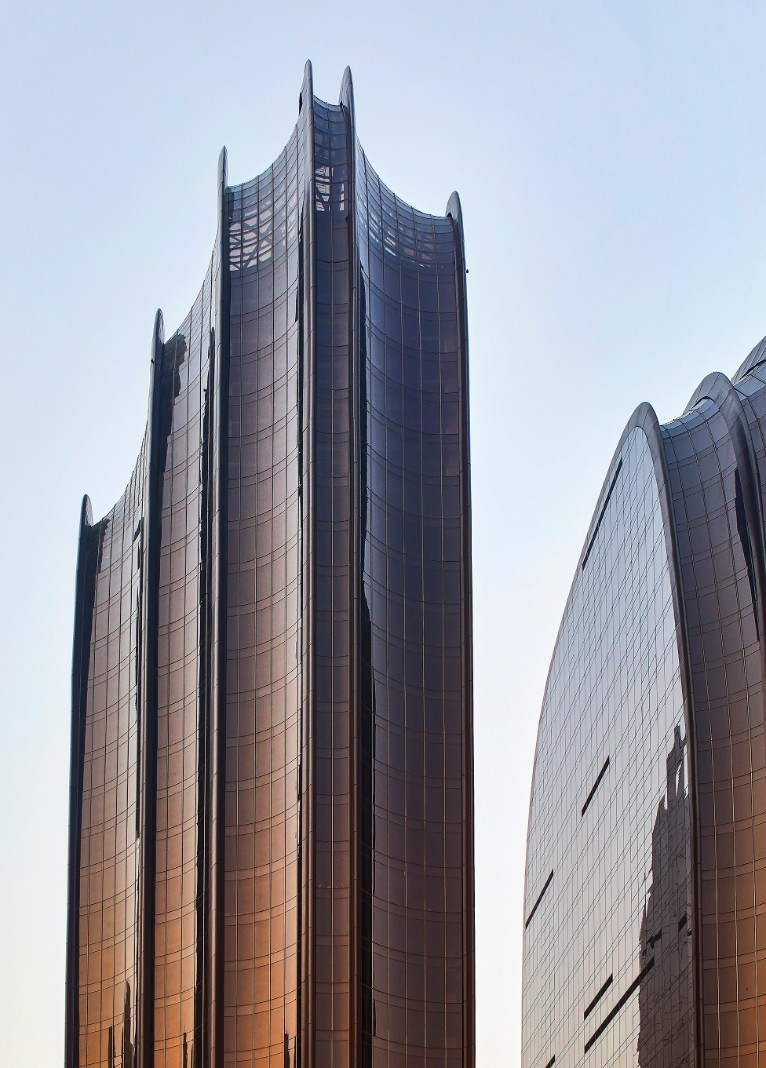 8. Is there a particular place in your city you live that inspires you or where you love spending your time?

I grew up in a Beijing hutong, where traditional courtyards are connected with narrow lanes. When I was a child I always went to Shichahai and Jingshan Park. The lakes and mountain there always made me feel that nature is part of my life. It was only when I grew up did I know that those were all manmade. It deeply inspires me how our culture perceives nature as a continuation of our spiritual world. Iapplied this understanding in my architectural practices and nature for me is always about the spiritual connection. 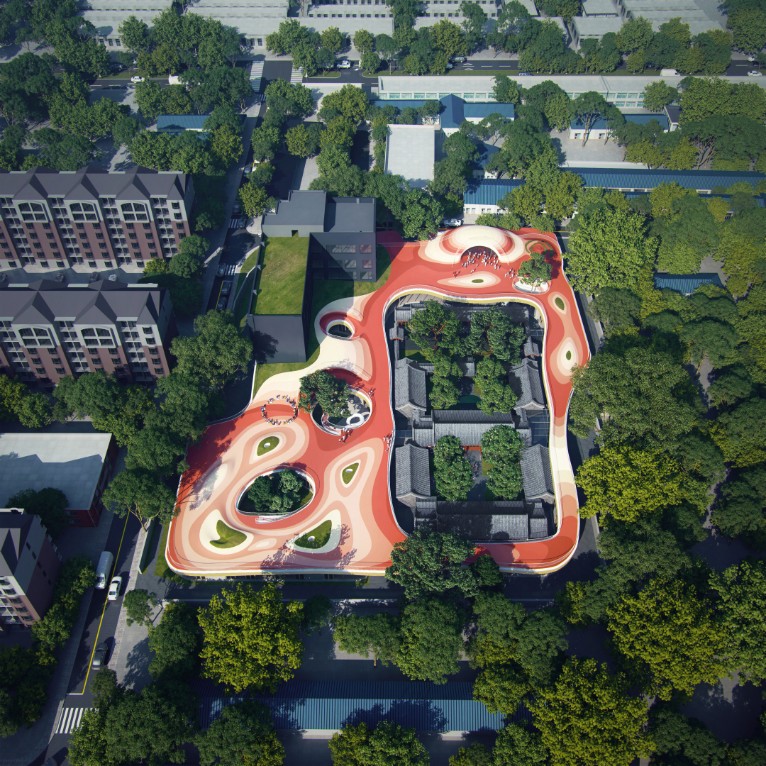 My Architect on Louis Kahn. 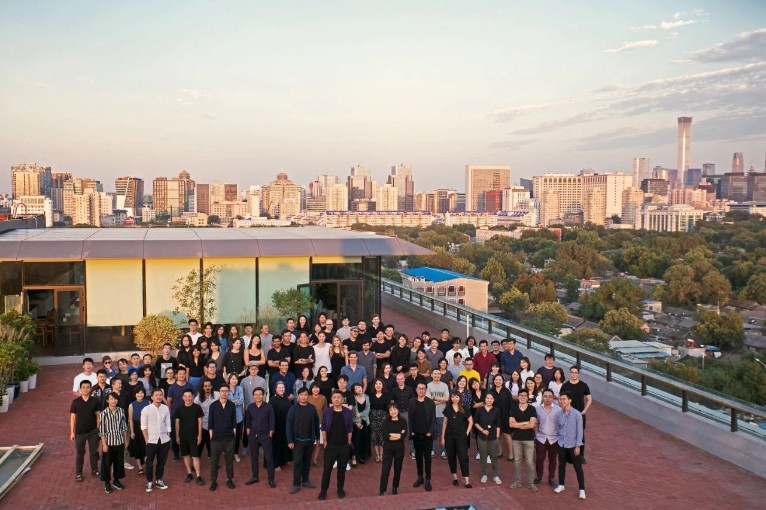 MAD Beijing team at the office rooftop, 2019, there are also an LA office and a new office in Jiaxing, China, courtesy of MAD Architects. 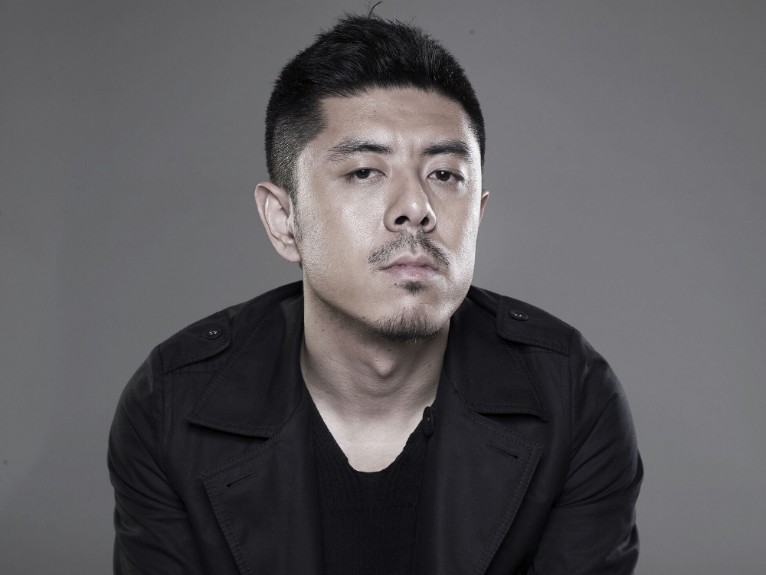