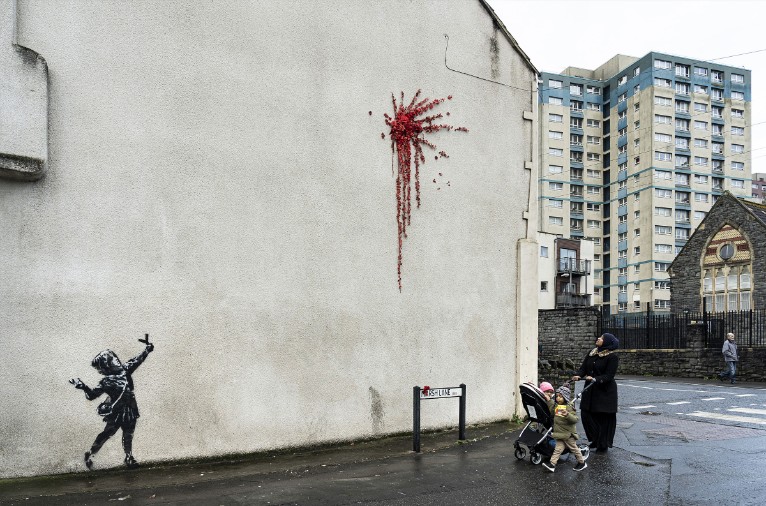 Banksy plays with violence and innocence in his last work appeared in Barton Hill, (Bristol) spotted on Thursday morning, the day before Valentine’s Day. He left it until midnight – the start of Valentine's Day – to announce it was his work on his official Instagram account and website.

The new mural painted on building, that almost look as a special Valentine’s Day gift to his home town, shows a small girl holding a catapult in one hand with the other hand behind her, as though she has just launched a projectile. At the end of the catapult’s trajectory is a bright red shape like a blood splatter, made of red plastic leaves and flowers.

In December, the elusive artist highlighted the issue of rough sleeping with a mural showing two flying reindeer pulling a homeless man on a street-bench sleigh, in the central English city of Birmingham. 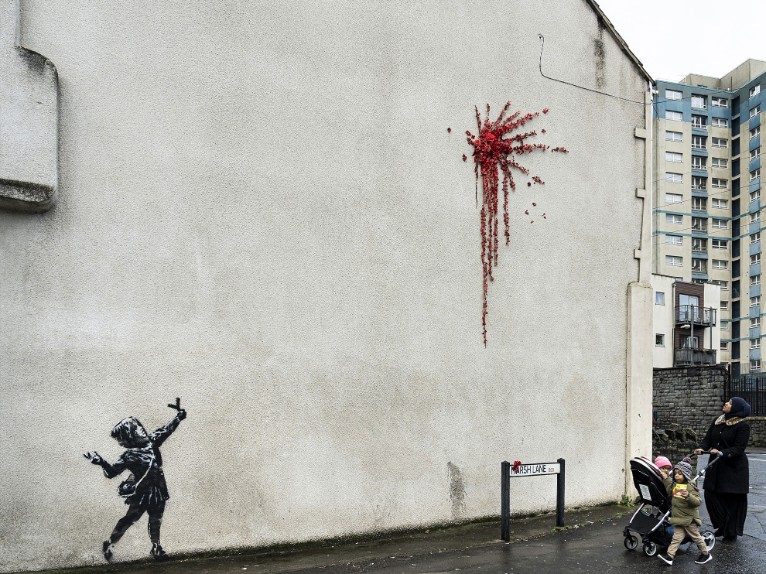