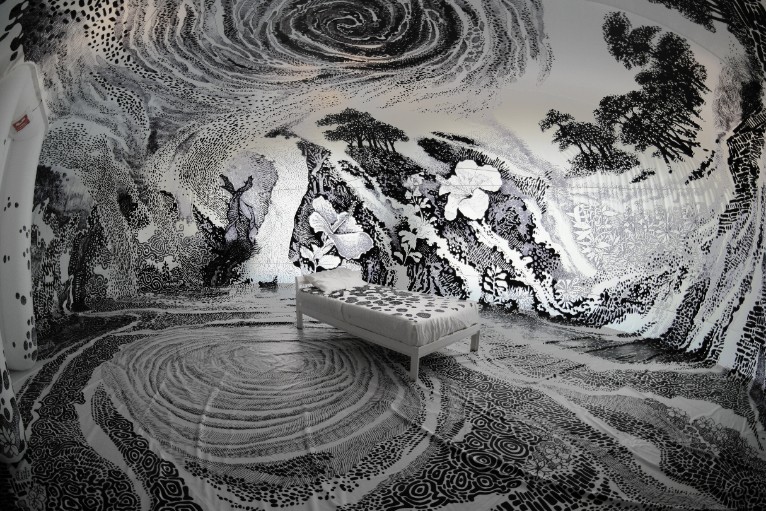 The expansive site-specific mural, Dreams of a Sleeping World, commissioned by the Museum, is described by the artist as a 360° dreamscape. 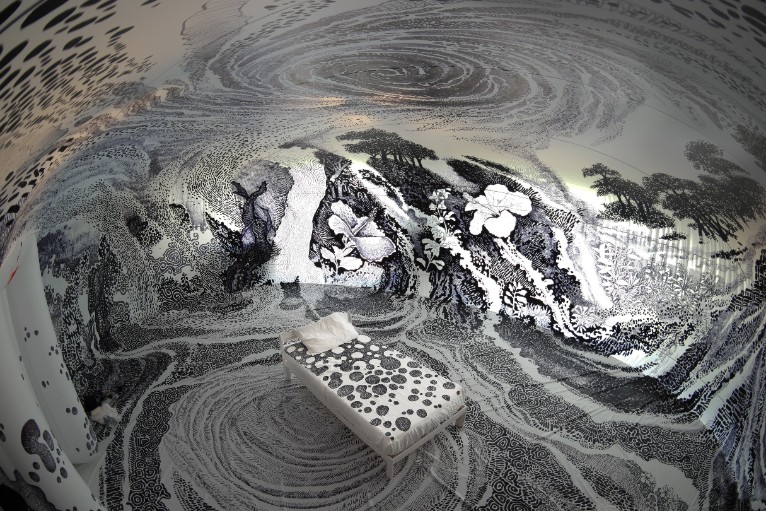 The intricate drawing has been rendered in black ink on the interior of a custom white nylon dome that spans nearly 800 square feet.

“Oiwa’s dreamscape will transform our auditorium into a transcendental space where visitors can contemplate the chaos of the exterior world and all its intricacies and find peace on the inside,” said USC PAM Curator Dr. Rebecca Hall. 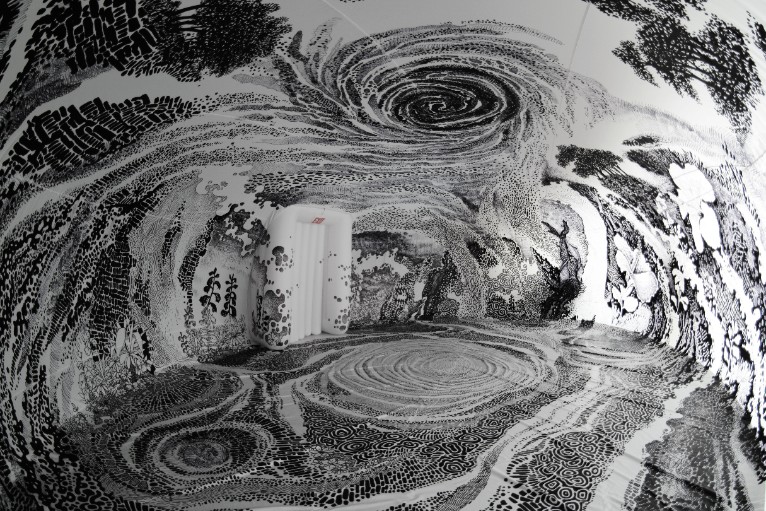 Visitors stepping into the dome are surrounded by otherworldly imagery of swirling cloud and earth forms. Just outside the installation is a suite of colorful and surreal landscape paintings by Oiwa.

Known for his large-scale paintings, his cityscapes and forest-scapes often defy the laws of physics with animals and specters swimming through the skies. Oiwa’s work uses fantasy to address the transformation of the environment, each image acts as an allegory of existential threats to the world. 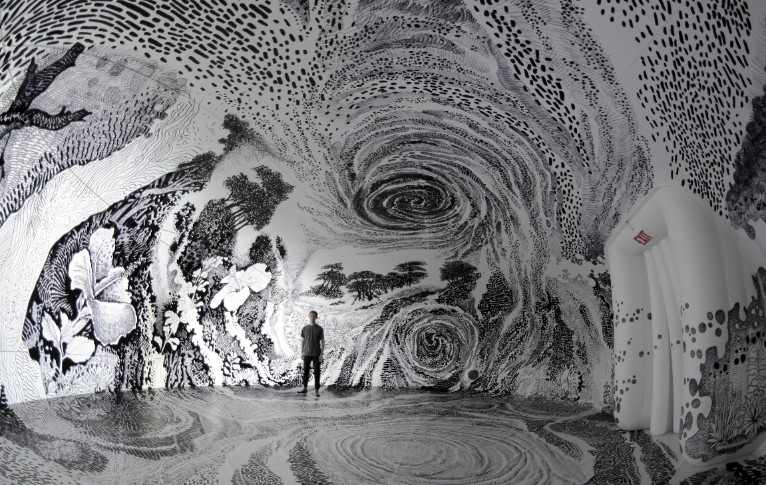 Oscar Oiwa is a Japanese artist born in 1965 in São Paulo, Brazil. Now an American citizen, Oiwa lives and works in New York City. Oiwa graduated from the School of Architecture and Urbanism in São Paulo in 1989 and was influenced by comics and illustration from an early age.

He is known for his giant canvases and large frescoes. Oiwa has exhibited internationally and his work is included in renowned private and public collections. Important solo exhibitions since 1990 include the National Museum of Modern Art, Tokyo; the Museum of Contemporary Art, Tokyo; the Mori Museum of Art, Tokyo; Museu Nacional de Belas Artes, Rio de Janeiro, Brazil; Arizona State University Art Museum, Tempe, AZ and the House of Culture of Japan in Paris.

All the photos: Oscar Oiwa, Dreams of a Sleeping World, installation view, 2019