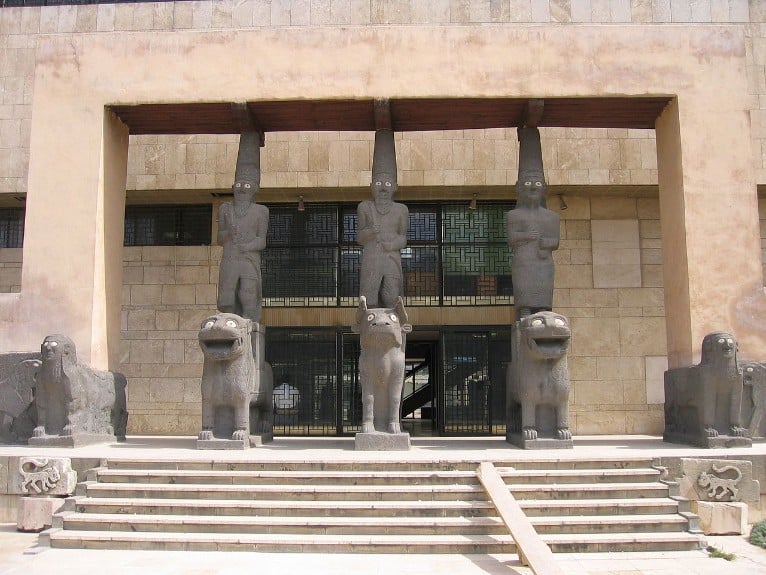 The doors of the National Museum of Aleppo opened to the public for the first time on 24 October 2019 since their closure in 2013. With the support of the United Nations Development Programme (UNDP) in Syria and generous funding from the Government of Japan, the rich cultural heritage of the country will once again be on display as testimony to the Syria’s history as a cradle of civilization.

The National Museum in Aleppo is considered one of the most important museums in the region and beyond, in terms of archaeological collections, especially those dating back to the Aramaic period from Tel Halaf and Tel Ahmar, and relics from the civilizations of Mari and Ugarit and the cuneiform terracotta table of the City of Ebla.

The docu-drama The Museum (2020), directed by Olivier Bourgeois with the support of UNDP and DGAM - Directorate-General of Antiquities and Museums, shows the unbelievable true story of a small team of curators, archaeologists and guards struggling, during the syrian war, to protect and save one of the most priceless museum collection in the world.

The characters depicted in docu-drama are NOT fictional and the events are based on fact.

During the crisis the Museum was in the line of fire. Some antiquities were covered with sandbags and other artifacts were evacuated to safer locations for protection. Despite the measures taken to protect the Museum, the hostilities as well as lack of maintenance resulted in damage to the building and the exhibition spaces.

Over the past year, UNDP in coordination with the DGAM were able to achieve the following:
1. Removal and safe disposal of around 400 cubic-meters of debris;
2. Restoration of electricity networks, sanitary installations and civil works including the entrance of the museum;
3. Maintenance and restoration of the Mari and Prehistoric exhibition halls and display cabinets on the ground floor;
4. Insulation and additional work on the roof of the Museum.

With the opening, the Museum will once again become a place for people to gather and learn about past civilizations, which will contribute to the promotion of a sense of common historical and cultural belonging to all Syrians.