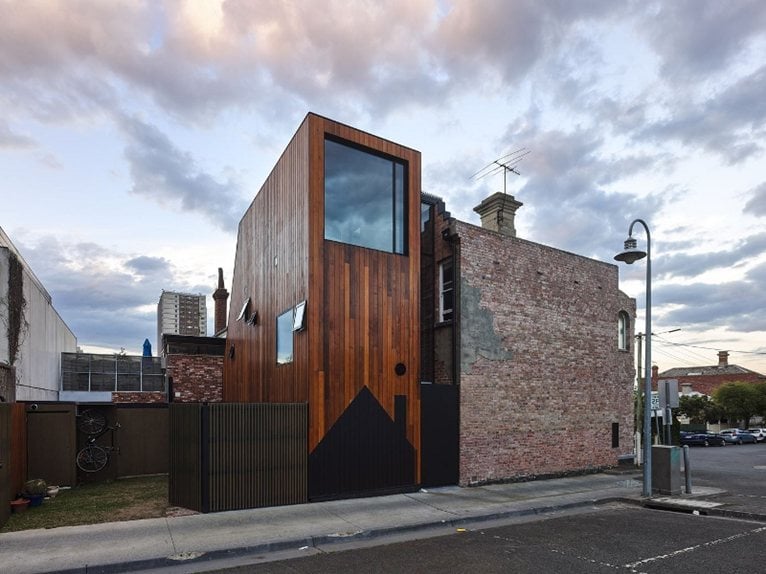 House House is the result of a renovation and expansion operation that involves two separate houses in the same building, built in Richmond, by Andrew Maynard Architects. The new structure develops from north to south, while the existing structure goes from east to west. The fence that separates the two terraces is mobile so that it can be removed to obtain a single large internal courtyard. 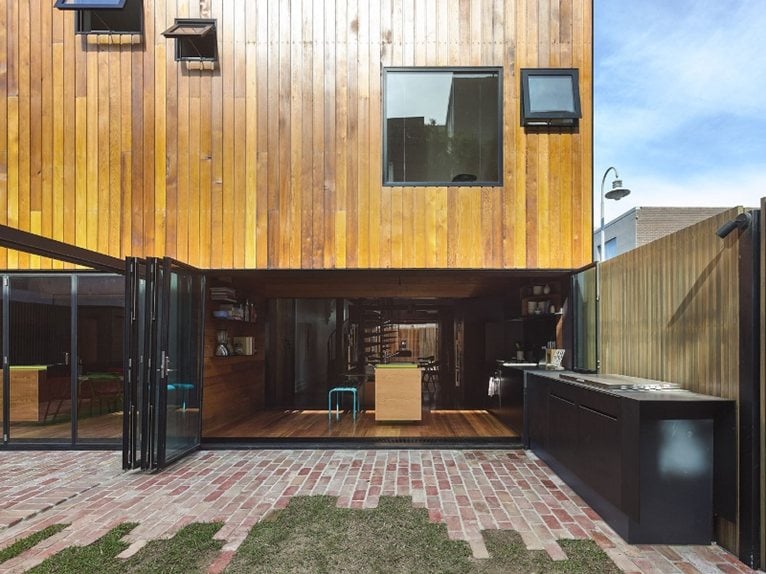 House House develops vertically on the model of cities like Tokyo, London or Amsterdam, where this condition is dictated by a high population density: Maynard Architects has organized the spaces on three levels. 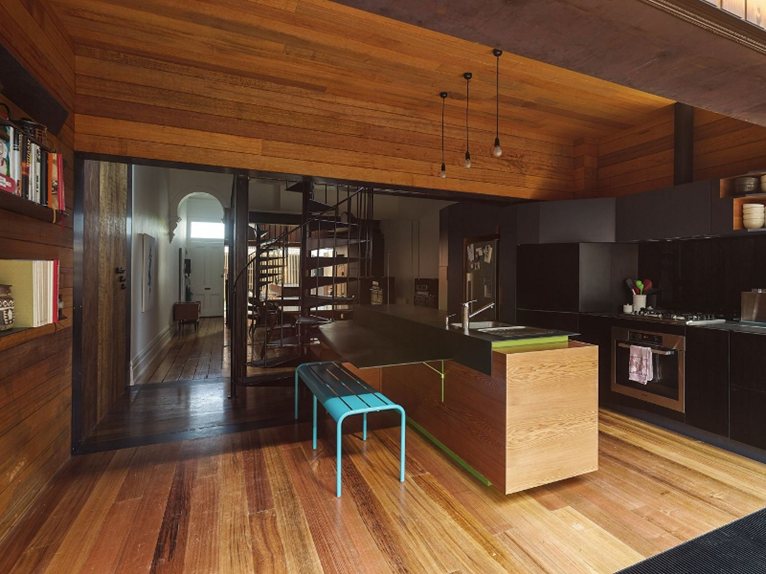 The Australian architects, careful to avoid aesthetic anomalies in the mixture between old and new construction, worked on two separate forms, retaining the twin terraces dating back to the Victorian era. Without attempting to "imitate" the existing building, the architects repaired and restored the original building and created a separate extension of the part behind the terraces. 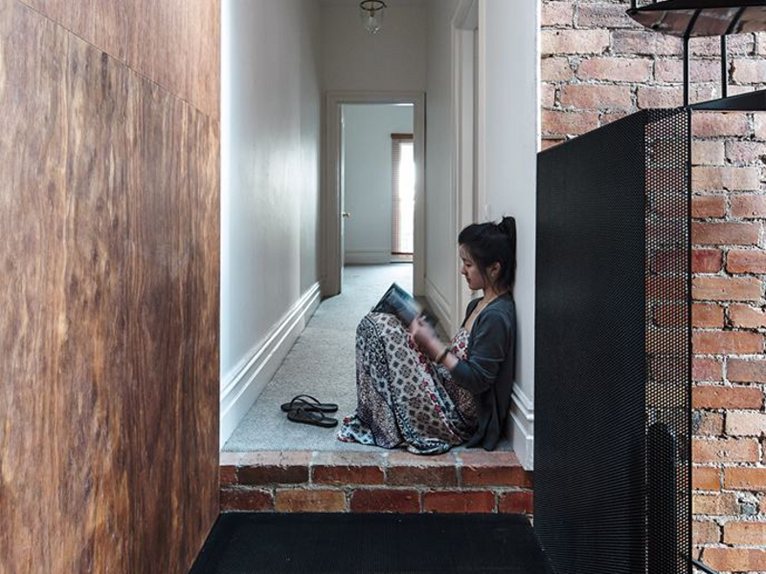 The new building is entirely clad in cedar wood, with raw steel plate details, and maintains a dialogue with the existing brick geometry by means of a glazed gap. The trick of using mirrors on the cabinetry in the dining area gives a greater perception of space, obtaining the illusion of light entering from two sides and to feel surrounded by the garden.

In order to optimize the energy performance of the new construction all windows are double-glazed with high-performance glass, the walls are characterized by high thermal performance, while the roof has a solar panel system.