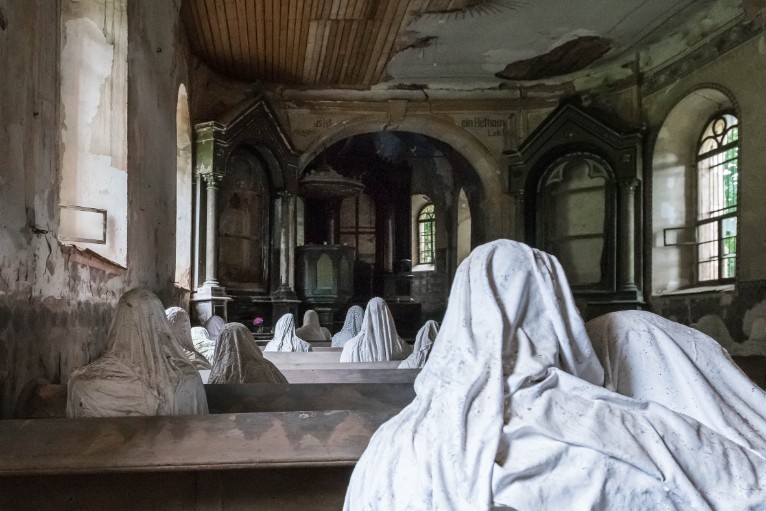 Following a long and troubled history, a local artist created a spooky installation inside the church in order to save the 1352 historic building. Also know as the „Church of the Nine Ghosts“ today 32 ghosty figures made of plaster fill the pews and nishes. 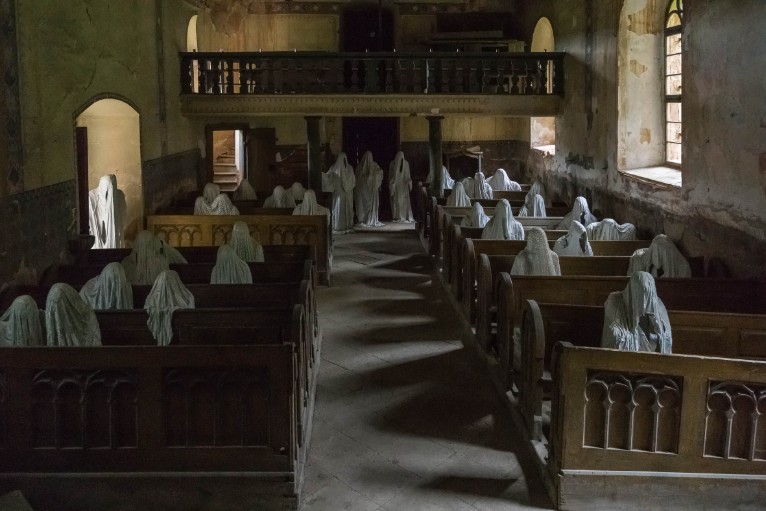 After the catholic church was originally built in 1352, it was destroyed and rebuilt during the Hussite wars in the 16th century. Just two centuries later the building burned down and people came together again to reconstruct the church which led to its present neo-gothic design. In 1968 the building fell into disrepair once again after the ceiling and parts of the roof collapsed during a funeral service which forced everyone to run outside. Since then the church has been abandoned because worshippers considered it some kind of bad omen. 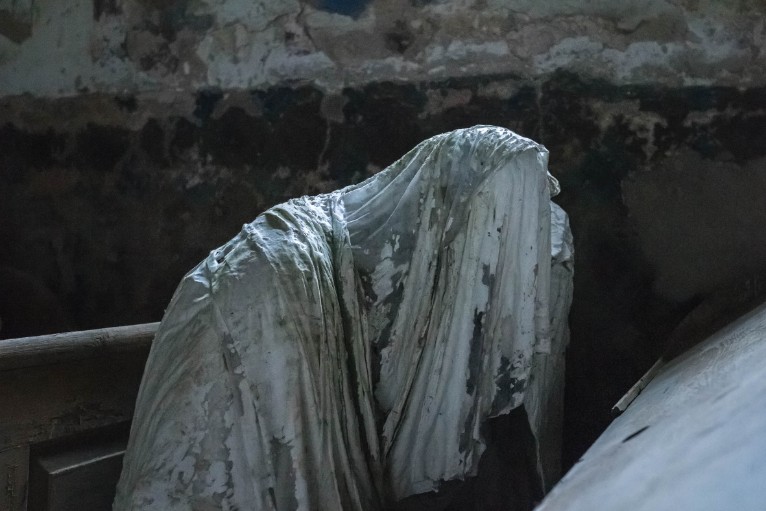 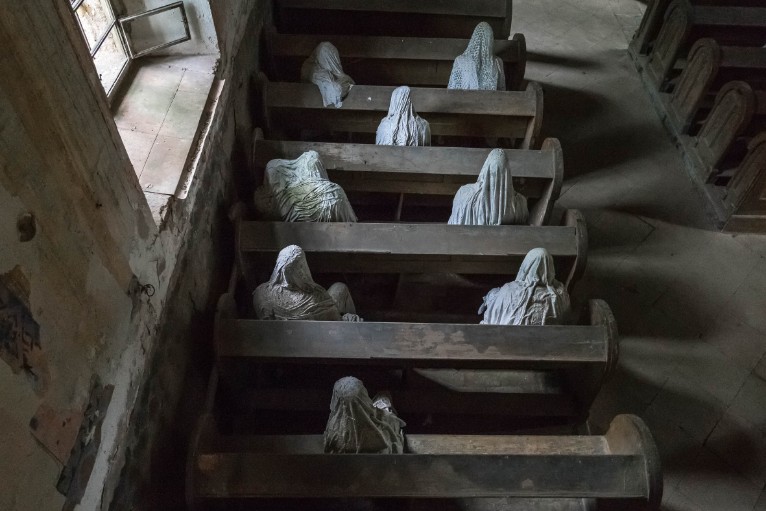 While Czechoslovakia was under Communist rule, this time has not been kind to the church. On top of the increasing decay, everything that was possible was stolen, including paintings, religious items, statues, the clock in the tower, and even the bell. The rest became victim to vandalism. 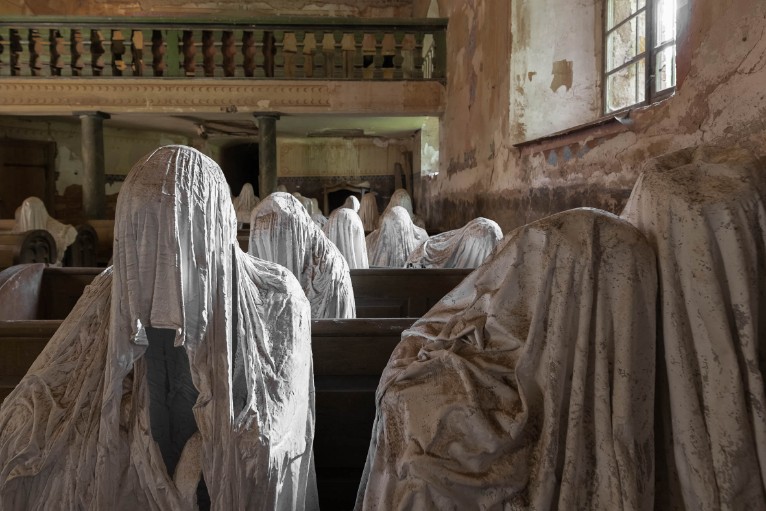 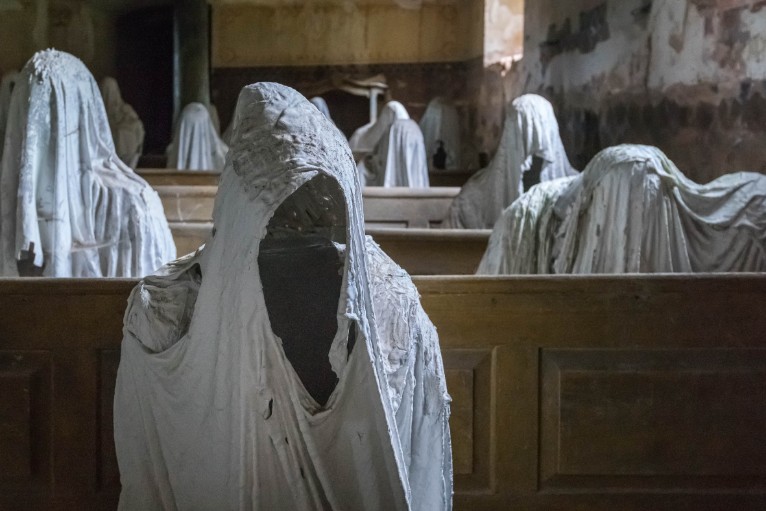 Even though a lot of people were terrified after the incident in 1968, locals advocated the idea of renovating the church, because they saw it as an important part of the town’s history. The local artist Jakub Hadrava – student at the University of West Bohemia – was commissioned to create an installation in order to attract tourists and raise money for renovation work. Over the summer of 2014 Hadrava filled the pews and aisles with eerie white-robed ghost figures made of plaster. He used fellow students as models, wrapping them in plastic and raincoats and modeled the contours with plaster. 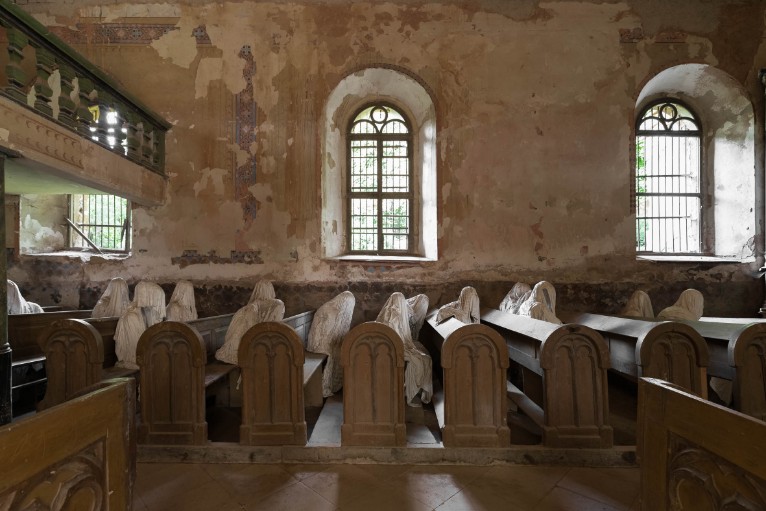 The figures represent Sudeten Germans who used to live in Lukova before world war II and who were expelled by the Czechs after the war ended. „I hope to show the world that this place had a past and it was a normal part of everyday life, but that fate has a huge influence on our lives“, says the artist Jakub Hadrava. 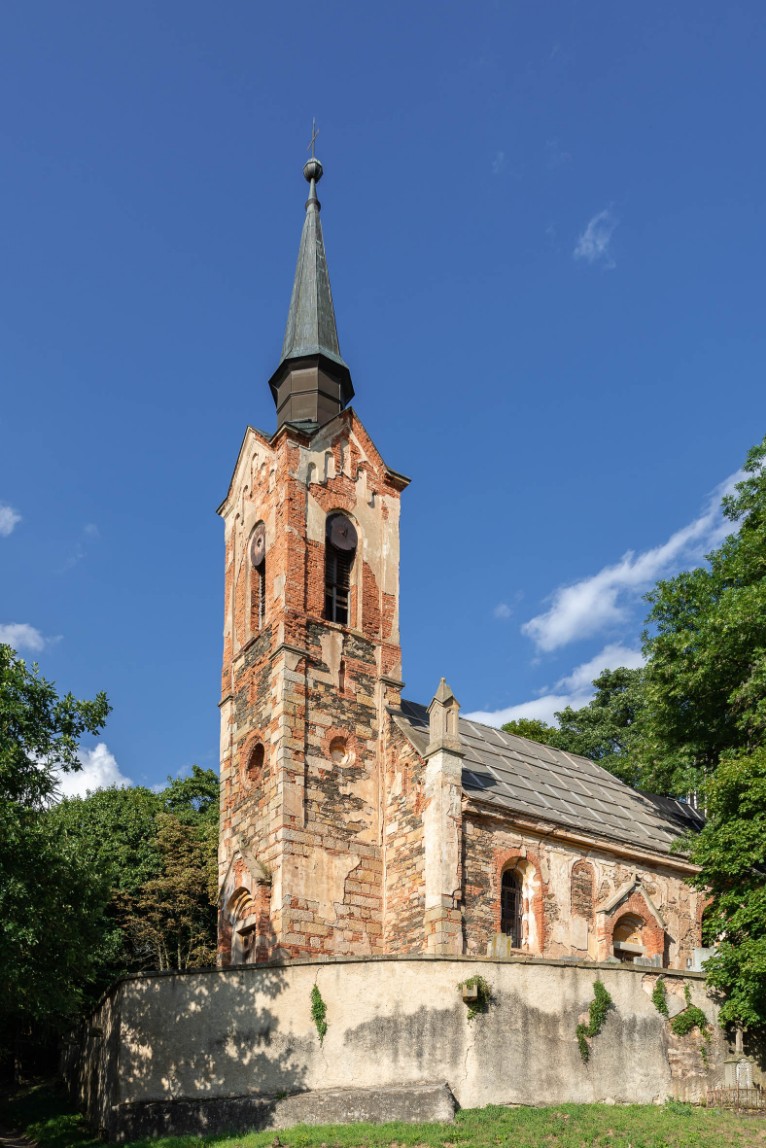 Since 2014 the visitors left enough money in order to renovate the church and bring back its former glory. 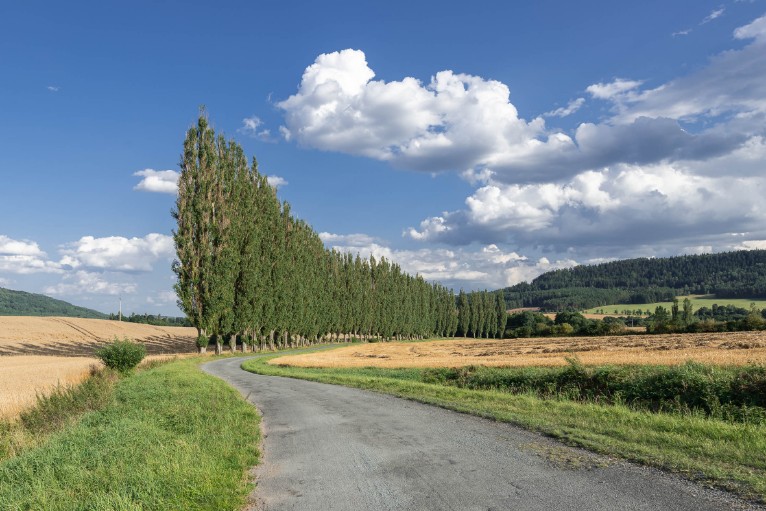