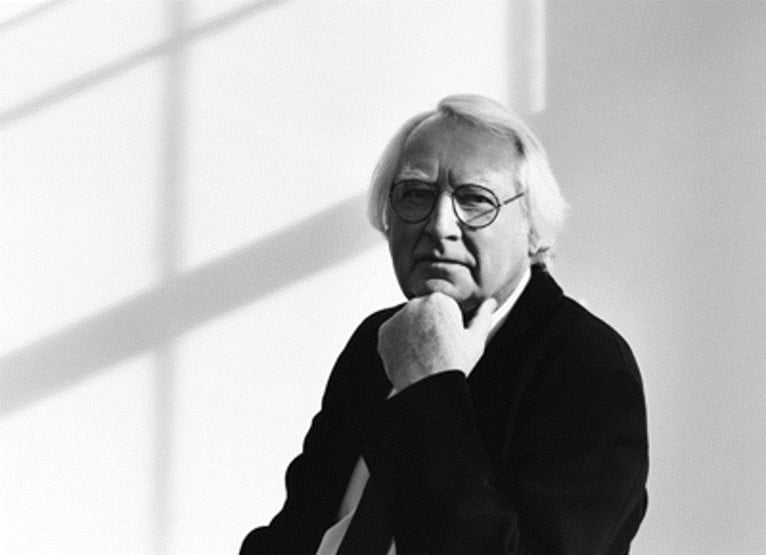 The Bisazza Foundation for Design and Contemporary Architecture opens the doors to the public for a personal exhibition by Richard Meier, from 8 May till July 28th 2013, in the occasion of the fiftieth anniversary of his activity in 2013 since the opening of Richard Meier & Partners Architects LLP studio in New York, in 1963.

The exhibition, named “Richard Meier. Architecture and Design”, is organized by the Bisazza Foundation in collaboration with Meier’s firm, and it includes some of the most representative works of the famous American architect. For the first time in Italy the projects presented during the exhibition showcases his design philosophy, with examples of the various types of work he has tackled.

The retrospective includes a selection of models, original sketches, renderings, and photographs, in addition to less well-known design products such as some tableware collections. Some of his more famous projects in the exhibition include Smith House in Connecticut, GettyCenter in Los Angeles, the Neugebauer Residence in Florida and the Jubilee Church in Rome.

Other developments featured include famous oeuvres such as Perry Street Towers, High Museum of Art in Atlanta, the Museo Ara Pacis  in Rome and the recently completed Arp Museum in Rolandseck, Germany. As well as this extensive selection, there are some projects such as the World Trade Center Memorial, the New York Avery Fisher Hall and the Bibliothèque Nationale in France.

Apart from the presentation of the projects, a separate area will house a site-specific installation expressly designed by the American architect, which enriches the Bisazza Foundation’s Permanent Collection.