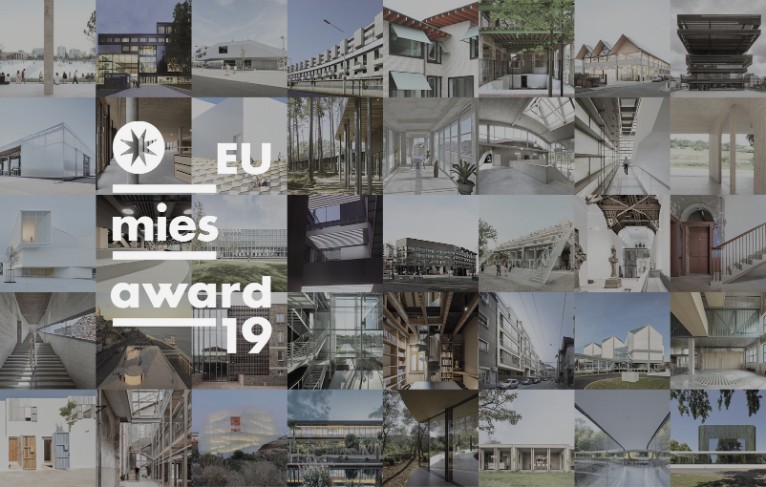 The 7 members of the Jury – Dorte Mandrup, George Arbid, Angelika Fitz, Ștefan Ghenciulescu, Kamiel Klaasse, María Langarita and Frank McDonald – have chosen 40 works which highlight the opportunities and the trends of today’s architecture in the European territory: adaptive reuse, housing and culture.

In the selection of 40, Culture is the most represented program with 15 works (museums, cultural centres, music theatres and an auditorium/congress centre). There are 6 Education buildings (schools, university buildings and libraries); 5 Collective housing works; 3 Mixed use constructions; 2 Industrial centres and 2 Single houses; and 1 Health, 1 Infrastructure, 1 Office, 1 Social welfare, 1 Sport & Leisure, and 1 Urban Planning works.

The 40 shortlisted works are:

- Restoration, refurbishment of the headquarters of the order of architects of Romania Bucharest branch Office by STARH - Birou de arhitectura (Florian & Iulia Stanciu)

- The Mill - Adaptation of the former factory Mlynica, Bratislava by GutGut.

The jury met over three days in Barcelona to discuss the most relevant challenges that European contemporary society and its architecture are facing. Some of the topics that came up were the high number of works that tackle with existing constructions; the importance that collective housing continues to have throughout Europe; the need to plan and organise the territory; and the importance of culture as a programme but also the importance of architectural culture.

The five finalists will be announced on February 13 and the Award Ceremony will take place on 7 May 2019 at the Mies van der Rohe Pavilion in Barcelona.