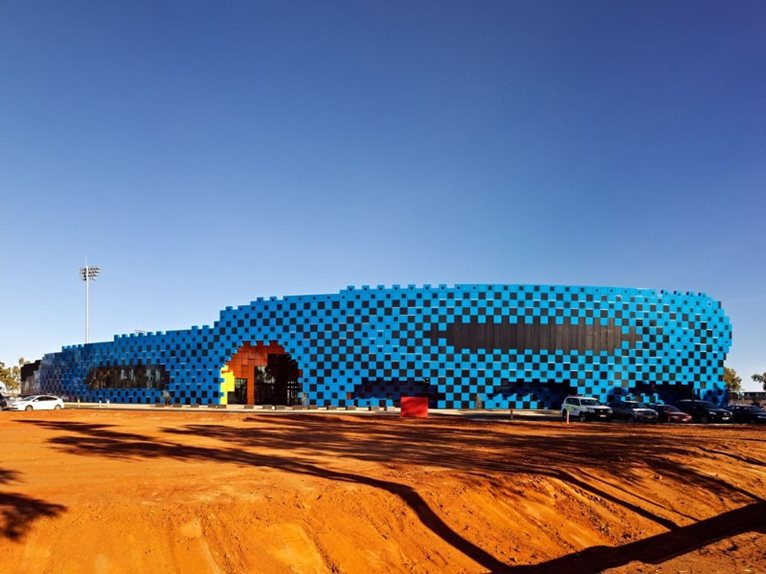 The Wanangkura Stadium is the new multi-purpose recreation centre in Port Hedland (Australia) designed by ARM Architecture. The new building, opened on December 6th, covers an area of 4,500 square meters with outdoor pitches and a landscaped park. The building has a main hall that can accommodate a basketball and netball court, two volleyball courts, a futsal pitch, two basketball courts and four mini badminton courts, with fixed and retractable seating for 404 people. The hotel also houses a nursery, a gym open 24 hours a day, two squash courts, administrative areas, bars and meeting rooms. 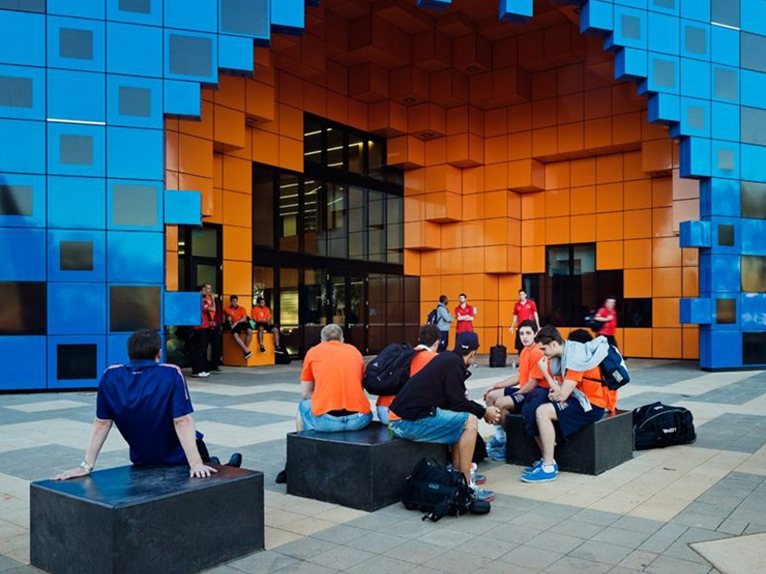 The name Wanangkura, chosen from hundreds of submissions, means 'whirlwind' in the local language Kariyarra, paying tribute to the design of the centre. Architect Sophie Cleland likened it to a “a cyclonic pattern, creating a shimmering, rippling effect on an otherwise flat landscape”. 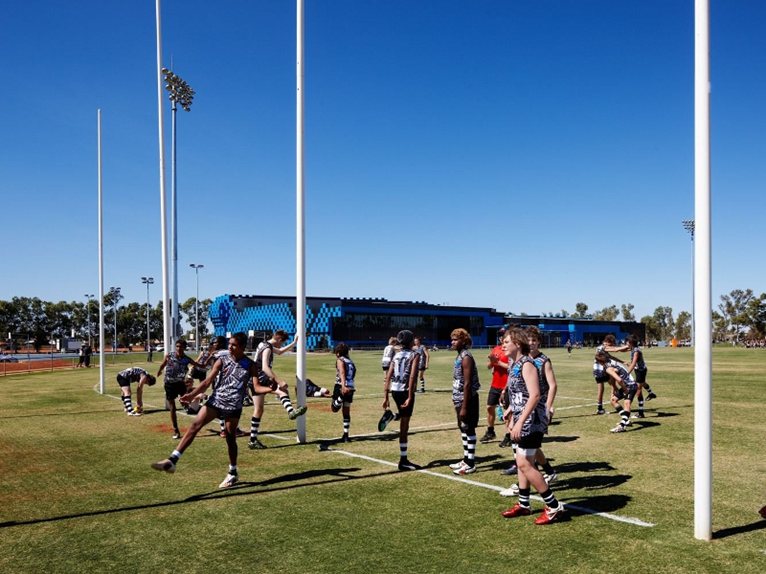 Right from the beginning, the project was regarded as a “mirage” in the semi-desert landscape of Port Hedland, a place with extreme climatic conditions with seasons of cyclones and very high temperatures during the summer. 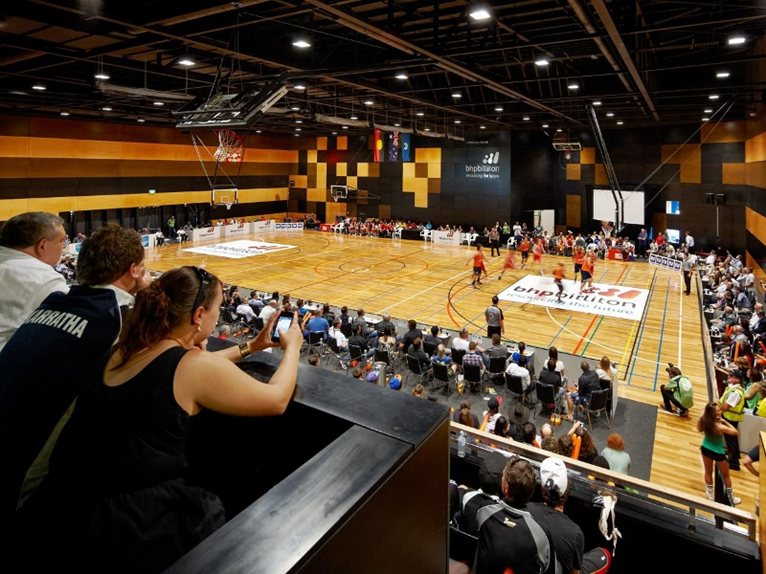 The completion of this 'mirage' was a façade composed of blue pixels inside which, the entrance was created. Using a 'halftone' pixelated technique this entry façade acts as a clear visual image from long distances, whilst being highly agitated on closer inspection.