The Najd Region is an area where smaller towns and villages extended along valleys and water sources. The local architecture was very much influenced by the predominantly hot and dry climatic conditions as well as the strict socio-cultural traditions. Dwellings were closely clustered and separated by narrow, internal winding roads to ensure constant shade. The houses were generally two floors, built around an open central courtyard and linked corridor-streets. Mud bricks, stone, lime plaster and timber were the common building materials. 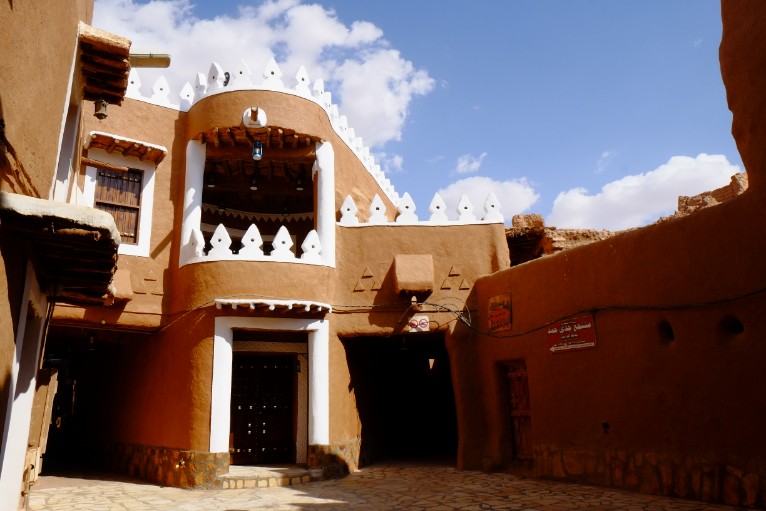 For thousands of years mud houses have represented the practical wisdom and spirituality of people, particularly those of desert regions, who learned how to use local materials to build homes that fitted the environmental and cultural conditions, in which they lived. As a case study, the central region of Saudi Arabia exhibits a tradition of earth architecture that is unique in style, culture and sustainability. 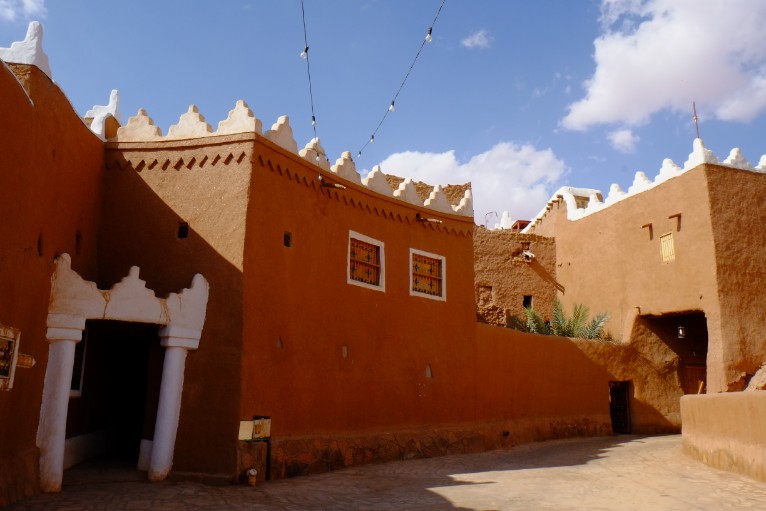 Ushayqer is a heritage village located 200 kilometers northwest of Riyadh in the heart of the Najd. Ushayqer that means the “Small Blonde” was named after the color of a small hill that lays at the north of the Village. Although it is made of red rock, locals say the Arabic word for red could be used also for blonde in the old days. 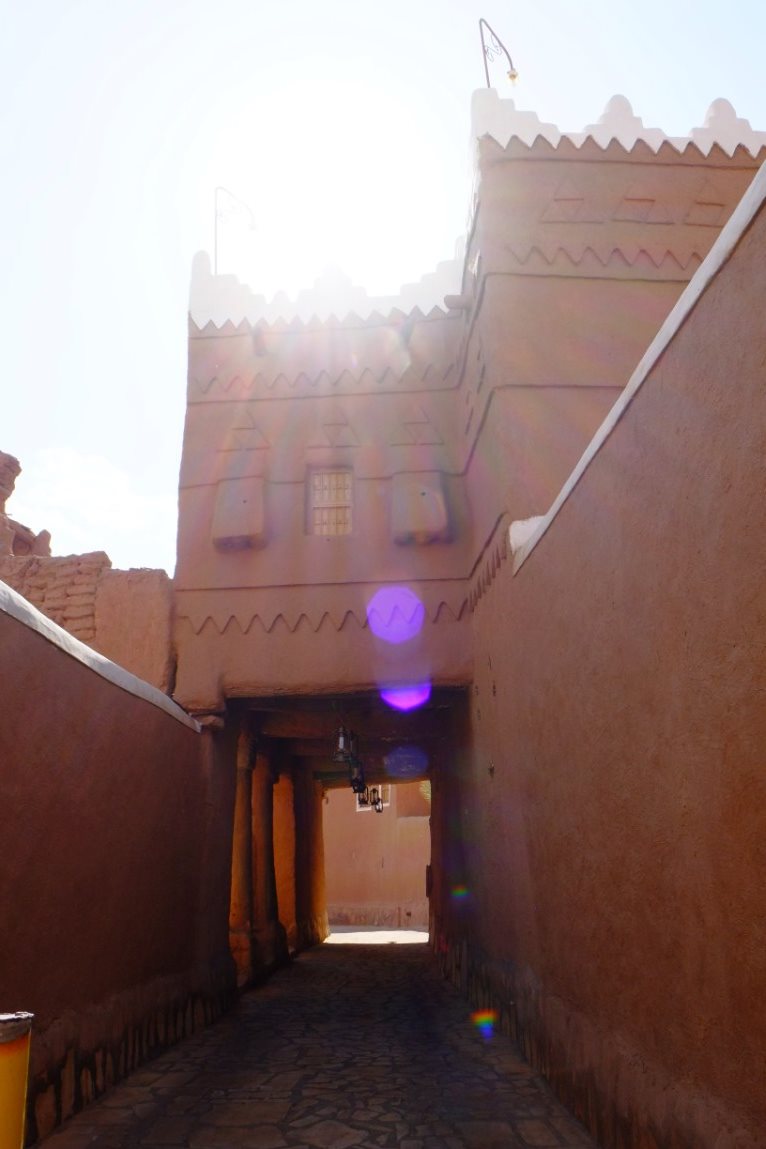 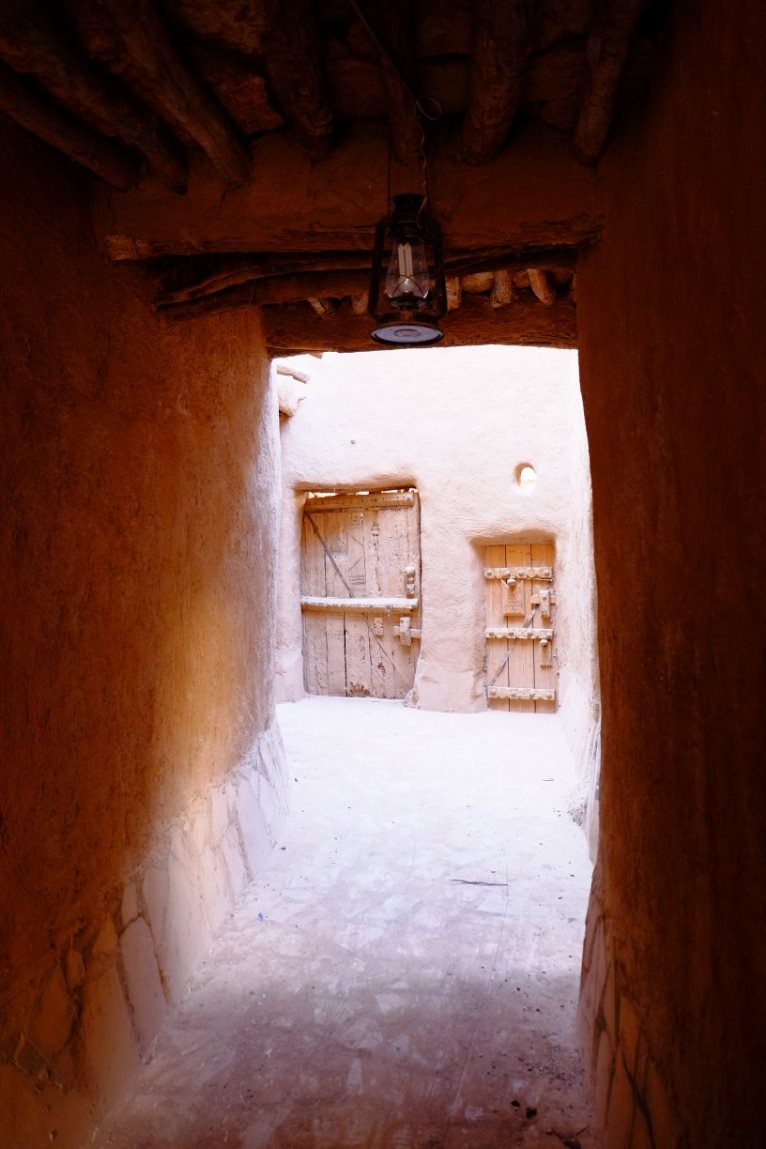 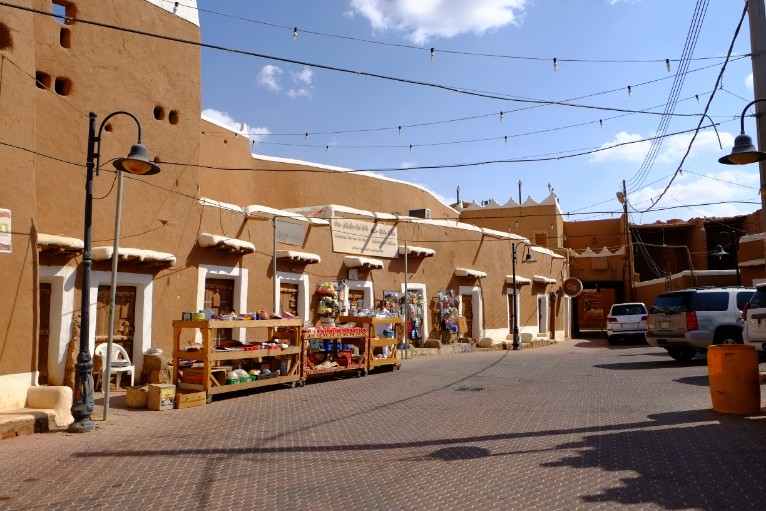 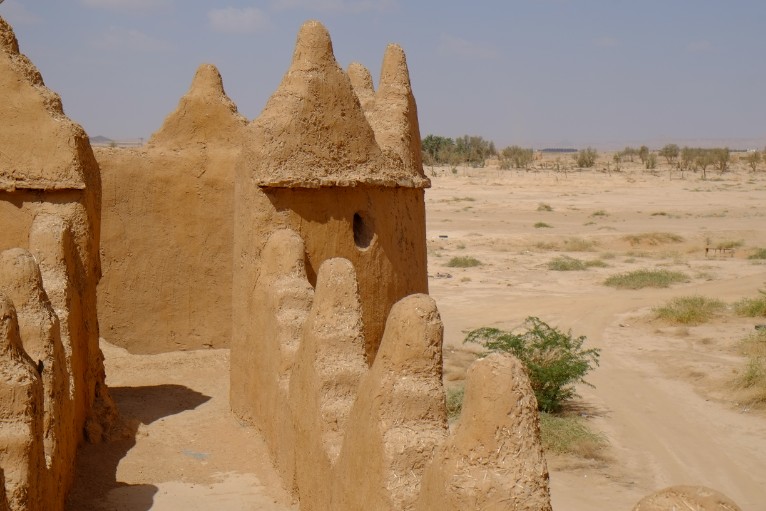 Ushayqer is surrounded by a thick wall with massive towers and wide doors made of tamarisk wood that visitors have to go through to enter the heart of the historical village.

The village is organized into seven districts and has many palm groves and orchards that are beautifully integrated to the maze of pathways. 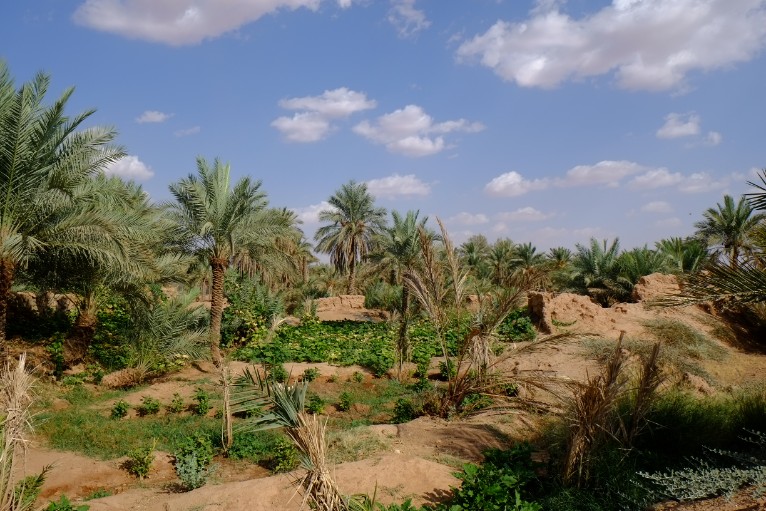 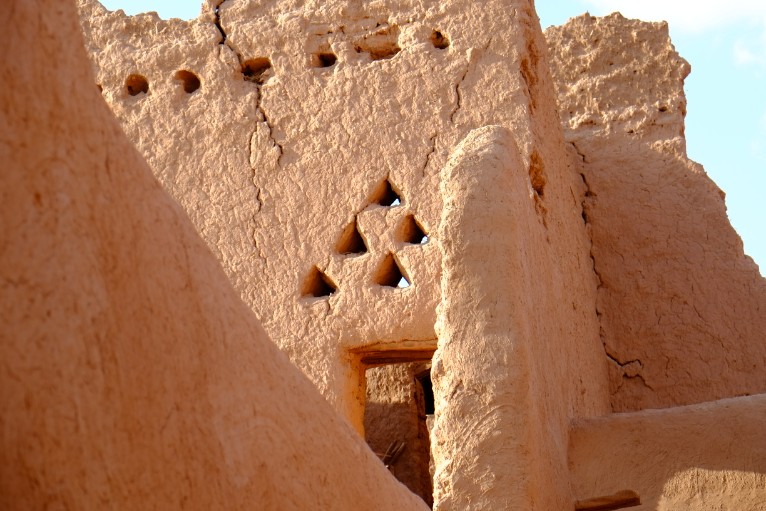 Today the historical village of Ushayqer belongs to the Tamim tribe and one of the Tamim governor’s houses can be visited. Other tribes lived there as well, such as Al-Sheikh (The family of Muhammad ibn Abdul-Wahab) and Al-Thani (rulers of the State of Qatar).