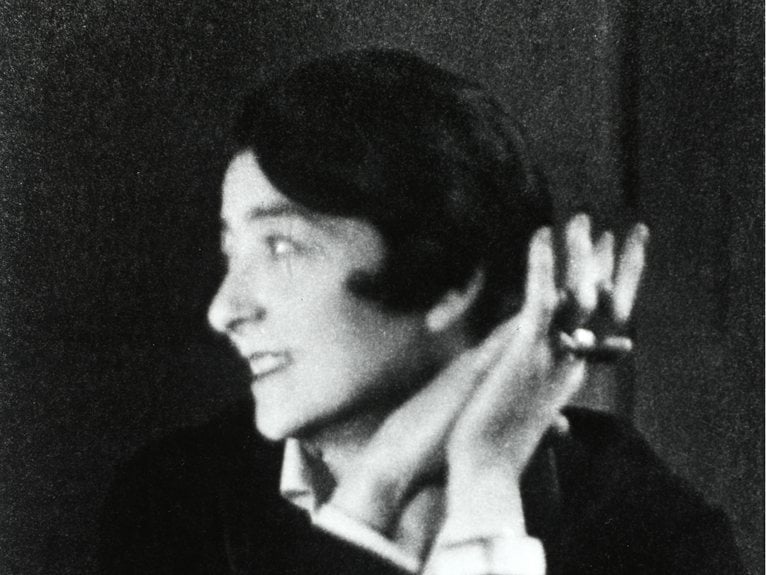 EXHIBITION _ Until 20 May 2013, the Centre Pompidou in Paris houses a retrospective to the work of Irish designer Eileen Gray. Featuring a selection of works, pieces of furniture, photographs, scale models and documents brought together for the first time, this exhibition pays tribute to a designer of genius, whose work traverses the Art Deco period and the Modern Movement.

Along with Le Corbusier or Mies Van Der Rohe, Eileen Gray ranks among the architects and designers who have left a significant mark on the 20th century and defined modernity.
In an artistic world still largely dominated by men, Eileen Gray also embodies a new kind of femininity. A total designer, she continues to inspire a whole generation of artists to this day, in fields ranging from photography to textiles, from lacquer painting to architecture.

A painter by training, an autodidact in many other areas, Eileen Gray, free above all else and evolving far from the conventional, continues to design projects her entire life and leaves behind her more than seventy years of creation. Never having developed an industrial production, each of her pieces is thus unique and therefore all the more rare. 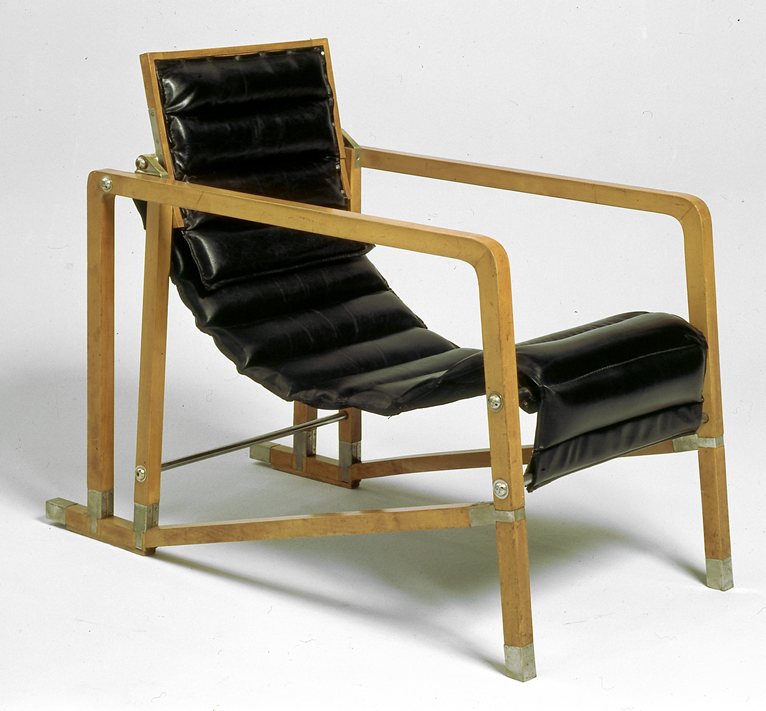 The itinerary of the exhibition is developing along her career as designer, architect and painter. Eileen Gray discovers the art of lacquerwork at the turn of the 20th Century, while she is still a student of drawing and painting at the Slade School of Fine Art in London.

Fascinated by the pieces in the collections of the Victoria and Albert Museum, she decides to learn the technique of this material with D. Charles, an artisan-restorer in the Soho district. A short time after settling in Paris in 1906, she meets lacquerwork craftsman Seizo Sugawara, with whom she would perfect her training and their collaboration continues for over twenty years. From their studio would emerge such emblematic pieces as The Magician of the Night, the Siren armchair. 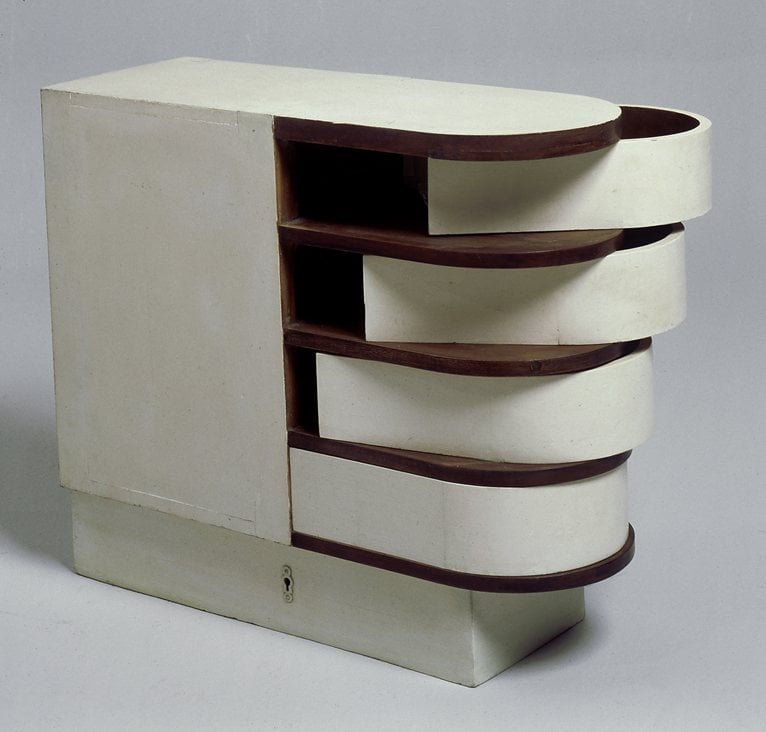 Fashion designer, art-lover and collector Jacques Doucet takes notice of Eileen Gray’s first lacquer works at the Salon des Artistes Décorateurs in 1913. Fascinated by her creations, he visits her studio, studies her work and purchases from her a four-panel screen entitled Destiny, the only piece signed and dated by Gray’s own hand. Between 1913 and 1915, the pieces of furniture Doucet commissions from Gray will take their place in his apartment in the Avenue du Bois.

Eileen Gray opens the Galerie Jean Désert on May 17th 1922 at 217 Rue du Faubourg-Saint-Honoré, Paris, in the heart of a district dedicated to art and luxury. Pieces of furniture, carpets, designs for apartment interiors and their decoration are exhibited on the ground floor, while the basement accommodates a weaving workshop. 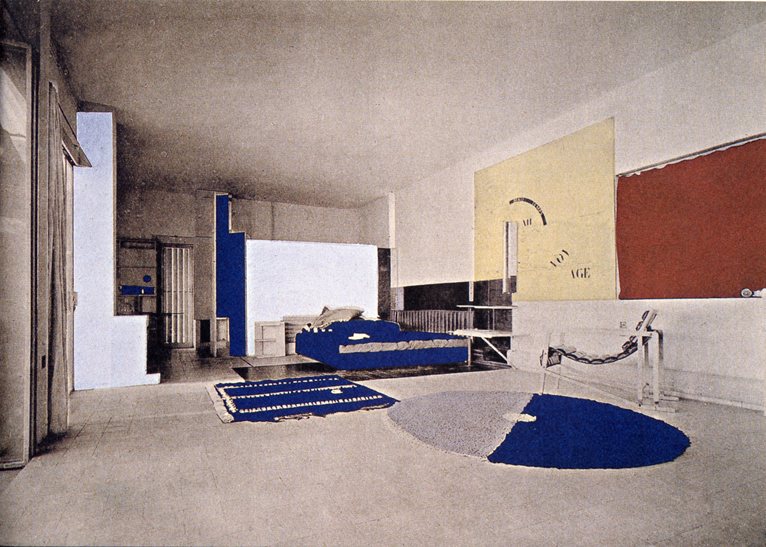 Her masterpiece, a manifesto of modernity, remains the house E1027, built in Roquebrune-Cap-Martin in 1929, in close collaboration with Romanian architect Jean Badovici.

Its name is the only element which attests to the complexity of the role played by each in the development of the project: a combination of the first and last names of the architects – E for Eileen, 10 for the J in Jean (the 10th letter of the alphabet), 2 for Badovici and 7 for Gray. The villa is organised around a central room, all the while bestowing genuine importance to its secondary spaces. Oriented in relation to the path of the sun, the interior spaces communicate with the exterior by means of various sliding window systems. 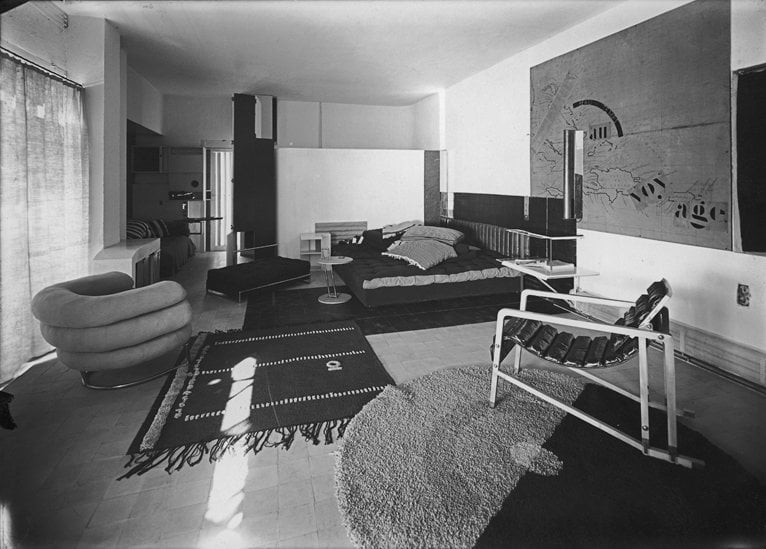 In 1931, Eileen Gray embarks upon the design of her own house, Tempe a Pailla. Developing the architecture/furniture relationship to its utmost in this project, she creates a series of prototype furniture: a mobile pant-rack, a seat-stepladder-towel-rack, a retractable bench, an extendable wardrobe. At the close of the Second World War, Gray undertakes a large scale restoration of the house which had been greatly damaged and at the age of 76 years old, with the help of a local architect, Eileen Gray embarks upon her last architectural project: the restoration and extension of a country house which was designed in a clearly vernacular style. 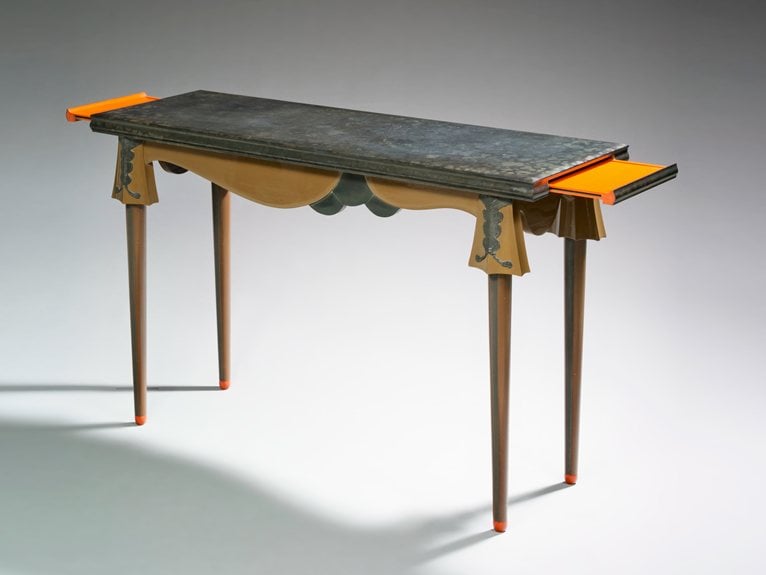