The designer Cristina Parreño has created the the original project named Paper Chandeliers, in collaboration with MIT Architecture. The installation has been selected for the International Art Fair ARCO 2013 in the city of Madrid, Spain.

Paper Chandeliers is characterized by an undulating roof made out of paper tubes that illuminates the spatial environment. It represents both an art installation and an architectural project. 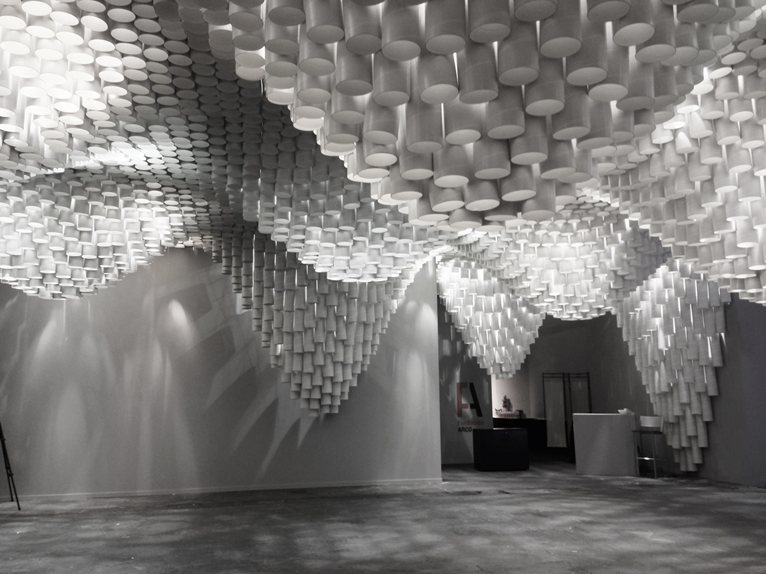 Architect, she has ten years of professional experience working in Madrid and London. She started her professional career in Madrid. Later she moved to London and joined Foreign Office Architects (FOA), where, as project director she was responsible for a number of projects in Spain and UK for several years. 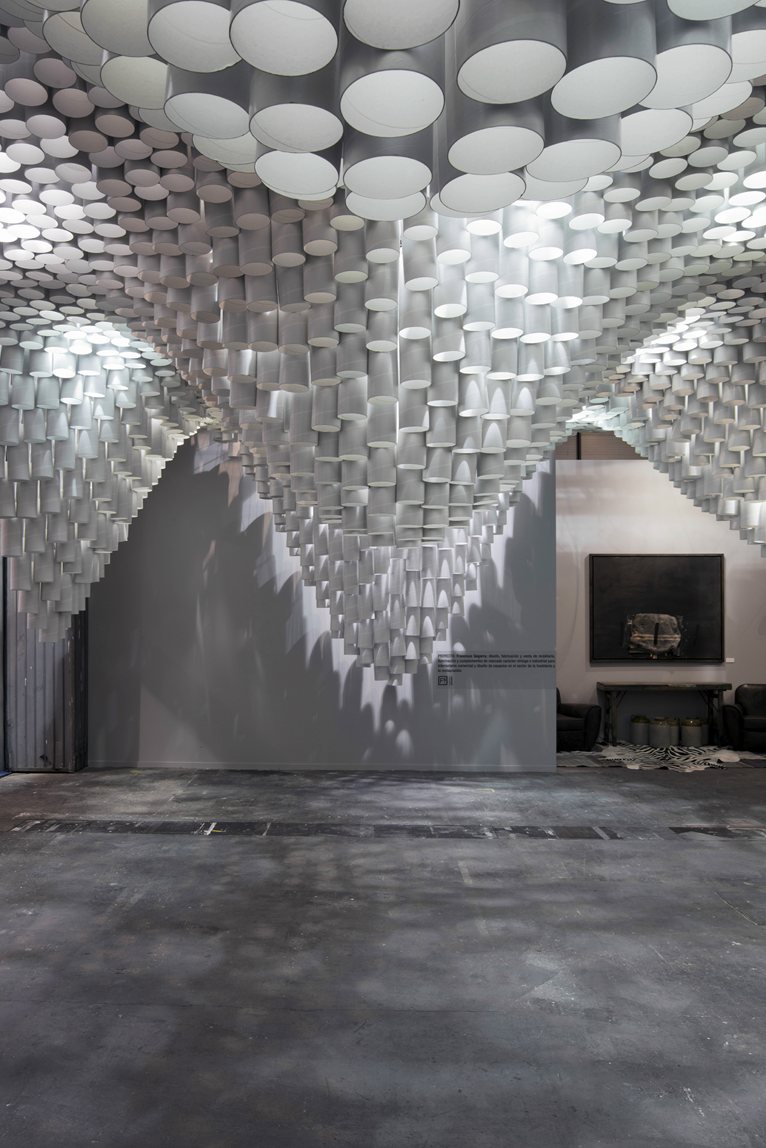 Since 2009, she has been working on her own practice and teaching at various architecture universities. She has taught design studio at the University of Western Australia, at the State University of New York at Buffalo and she currently teaches graduate and undergraduate design studios at MIT School of Architecture and Planning.

She has won several architectural competitions, among others, the 1st prize for the Urban Rehabilitation of the Business complex AZCA in Madrid, award for the Housing Competition for Young Architects J5 in Andalusia and Honorable Mention for the National Library of Slovenia. Her work has been published in newspapers like El País and El Mundo and in several architectural magazines like Quaderns, Via Arquitectura and Arquitectura COAM.