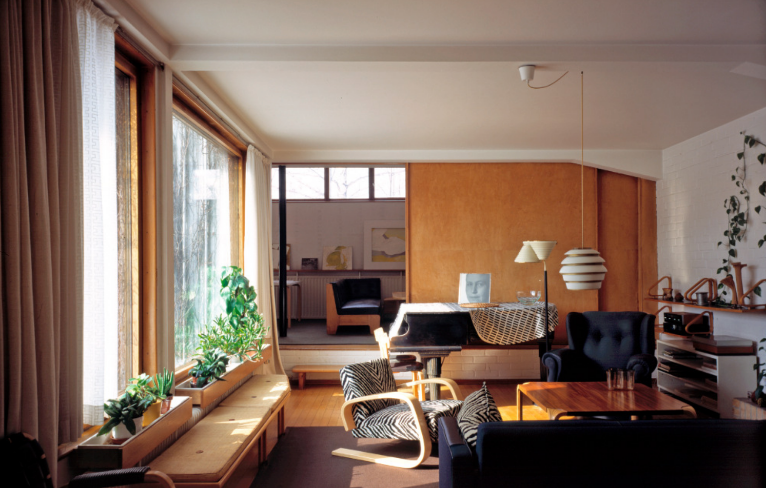 Alvar Aalto’s architectural prolificacy and his distinctive Nordic Modernist style is on display throughout Finland, his home country.

His first building in Helsinki was his own home where the he lived and worked for much of his career, now a destination for any fan of architecture and design.

The Aalto House, built in 1936, is an outstanding example of the romantic functionalism which is the distinctive feature of the Finnish architect: a wooden house and an office in white. This project resonates romance also because it was designed by both Alvar Aalto and his wife and colleague Aino, with whom he worked alongside for 25 years, from wedding until her death. 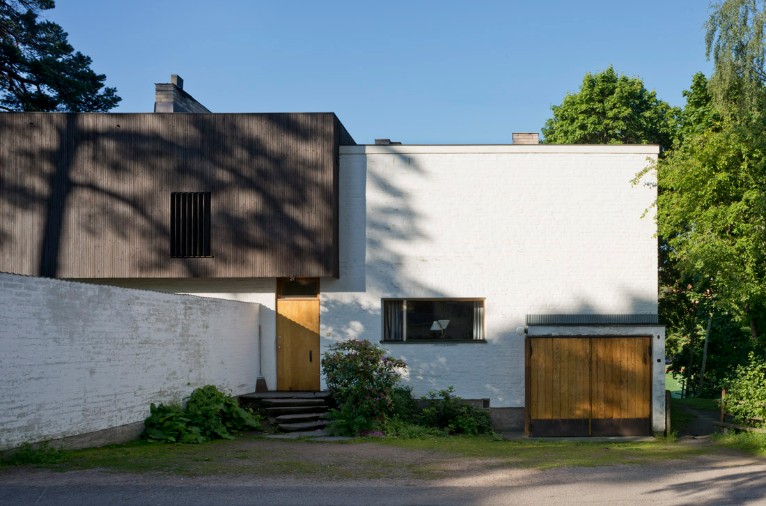 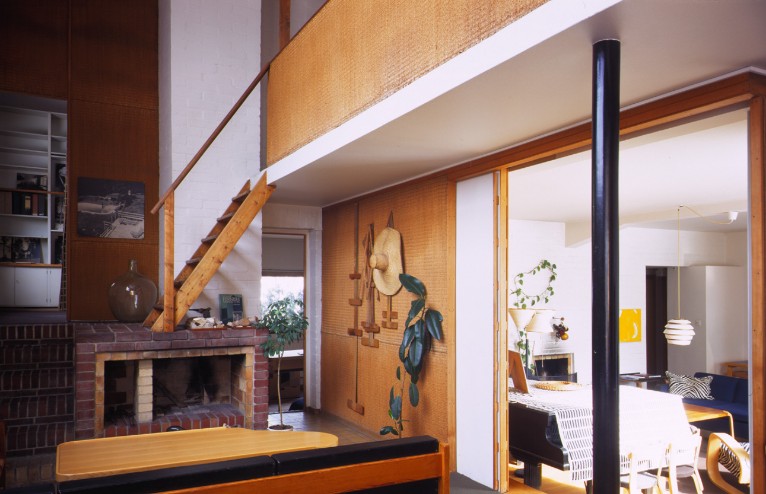 Now a museum, Villa Aalto is located in Munkkiniemi, a seaside neighbourhood that was barely developed when Aalto designed and built the home in 1935. Containing distinct studio and living spaces, the home exemplifies the functionalism of Aalto's early career, with such practical features as a walk-in closet in the bedroom and a two-sided china cabinet that is accessible from both the kitchen and the dining room. But the plentiful use of natural materials, including a dining room wall covered in brown suede, hints at the humanist bend his designs would take in the coming years. 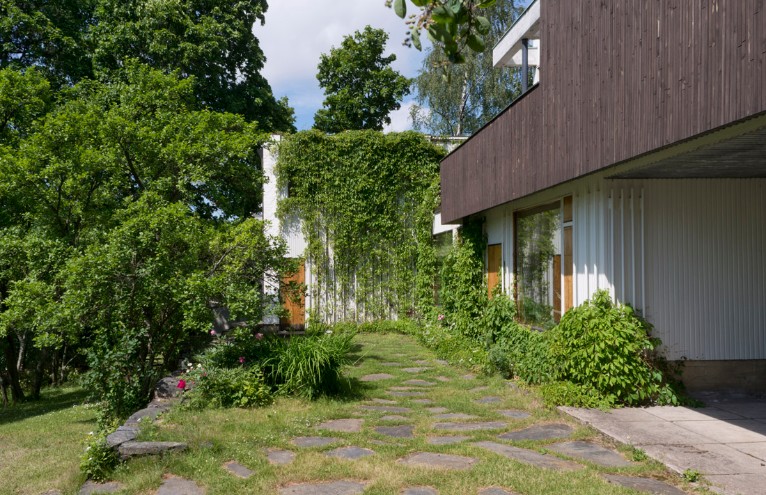 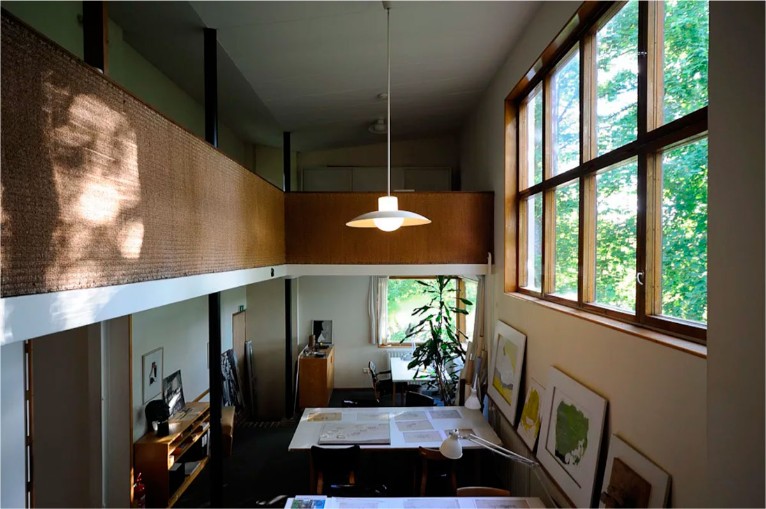 As Aalto's career progressed, he needed more room to work, and in 1955 he designed a separate atelier nearby, Studio Aalto as a base for his architectural company.

The curving walls of this white-washed building arc around a courtyard amphitheatre, a space that was used for client presentations and meetings. Bay windows and skylights allow for plenty of natural light, ideal for examining documents and drawings. Every last detail was designed to enhance the aesthetic and work environment. 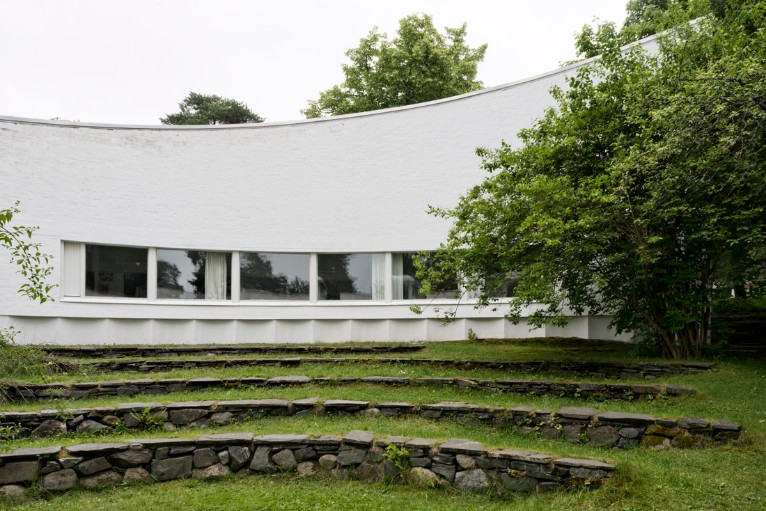 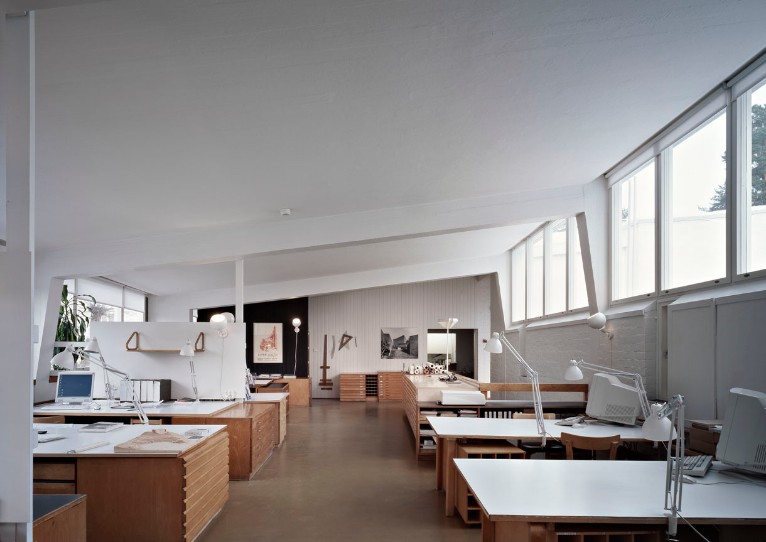 Many of Aalto’s best-known works were designed here at the Studio with over 20 persons working in the office. Vezio Nava, one of the architects who used to work at the Studio Aalto, describes the studio life with the following words:

"Usually he (Aalto) walked between the tables, stopping here and there, or invited some colleague to go and sit with him in the atelier to ponder some work." 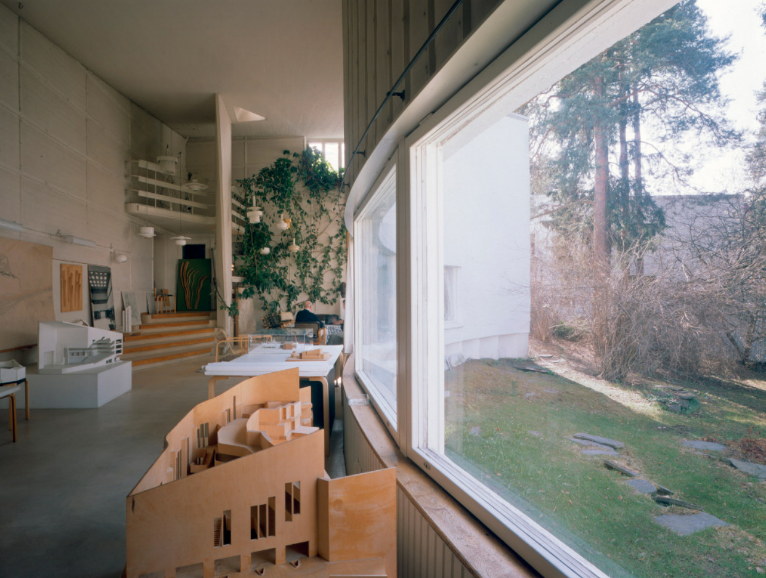 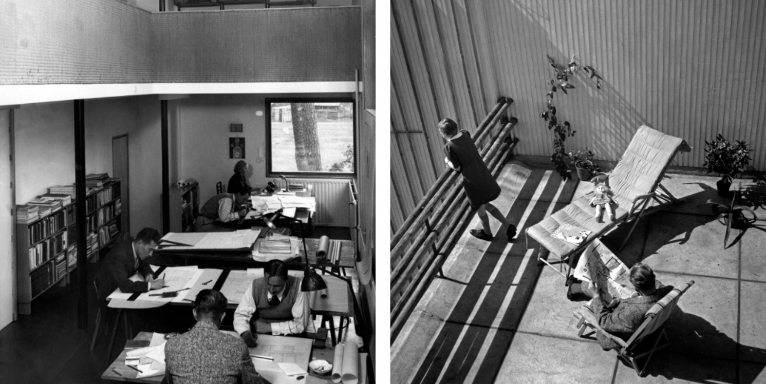 Aalto was dressed in a classic way, and was always with a pocket full of at least four or five 6B pencils. Nava tells that Aalto "regularly forgot the pencils on our tables during his rounds, and the secretary then went to pick them up to return to him." 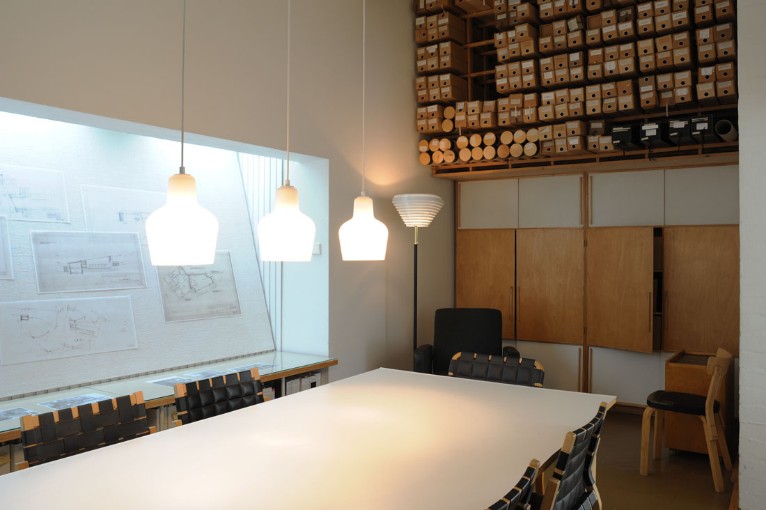 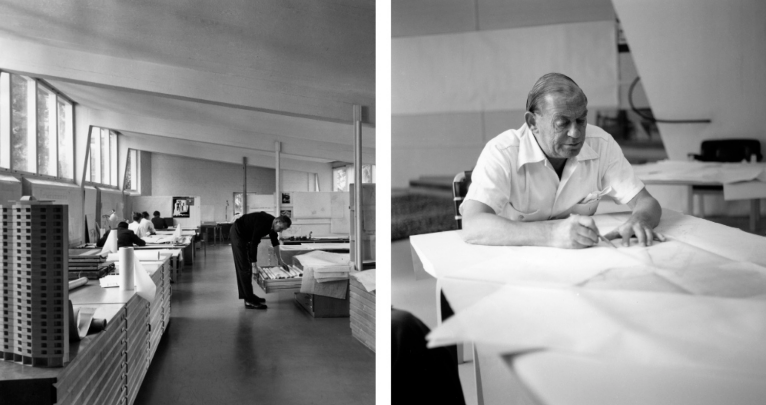 Image cover: The Aalto House living room with a sliding door to the studio behind; Photo by Maija Holma © Alvar Aalto Museum