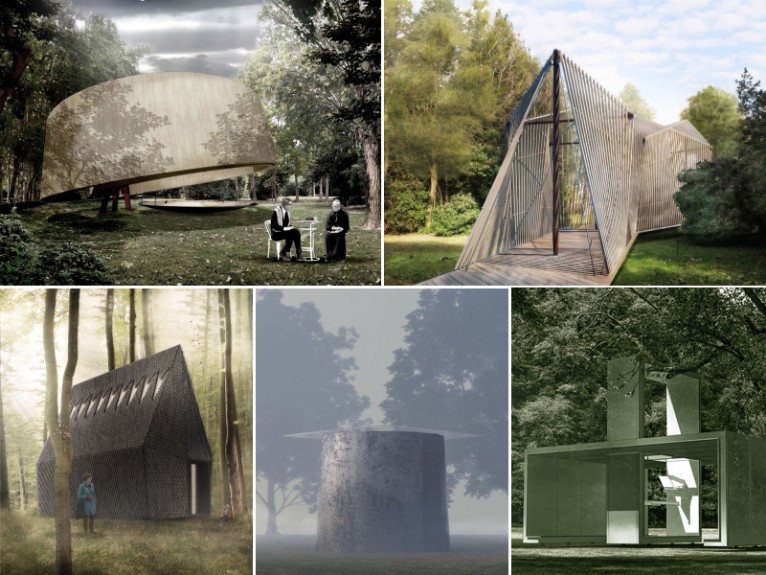 Last February the 20th the Holy See Pavilion at the 16th International Architecture Exhibition of the Venice Biennale was officially presented to the Press.

Vatican Chapels, this is the name of the Pavilion curated by prof. Francesco Dal Co, will be located on the Island of San Giorgio, in the oasis of a forest, with a real sequence of chapels.

“The Holy See, which represents the Catholic Church in its entirety, makes its first entrance to the arena of the Biennale di Architettura di Venezia. It does so landing in the lagoon on the splendid island of San Giorgio, penetrating a woodland oasis not with graphic representations or models but with a veritable sequence of chapels” declared the Cardinal Gianfranco Ravasi.

“These are true and proper temples in Christian worship, even if in a minor form compared with cathedrals, basilicas and churches. Each chapel contains two fundamental liturgical elements: the ambo (pulpit or lectern) and the altar. These are the expression of the Holy Word that is proclaimed and the Eucharistic Supper that is celebrated by the assembly of believers.

The number of chapels is also symbolic as it expresses a sort of decalogue of presences fitted within the space: they are similar to voices that have been transformed into architecture and resound with their spiritual harmony in the drama of daily life. A visit to the ten Vatican Chapels, then, is a sort of pilgrimage that is not only religious but also secular. It is a path for all who wish to rediscover beauty, silence, the interior and transcendent voice, the human fraternity of being together in the assembly of people, and the loneliness of the woodland where one can experience the rustle of nature which is like a cosmic temple. Preceding this procession is an emblem: the “Woodland Chapel” by Swedish architect Erik Gunnar Asplund who, nearly a century ago (1920) and from a different region, evoked with his project the constant quest of humanity for the sacred within the spatial horizon of nature in which we live. 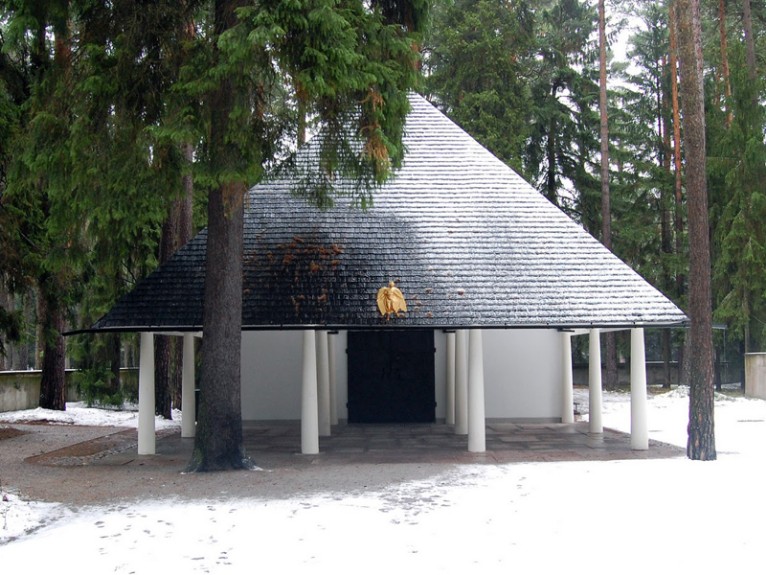 Architects from different backgrounds and diverse experiences have come to the island of San Giorgio to represent this “incarnation” of the temple in history, the dialogue with the plurality of cultures and of society, and to confirm the “catholicity” which is the universality of the Church. They come from nearby Europe with its complex historical configuration and from distant Japan with its unique religious roots, from the vivacious spirituality of Latin America and the seemingly secularized USA, as well as remote Australia that actually reflects contemporary concerns”.

“The project for the Pavilion of the Holy See at the 16th International Architecture Exhibition of the Venice Biennale” said Francesco Dal Co “is based on a precise model, the “woodland chapel” built in 1920 by the famous architect Gunnar Asplund in the Cemetery of Stockholm. To help visitors understand the reasoning behind this choice, an exhibit space will be set up as the first episode encountered at the entrance of the Pavilion of the Holy See, displaying the drawings and model of Asplund’s chapel.
With this small masterpiece Asplund defined the chapel as a place of orientation, encounter and meditation, seemingly formed by chance or natural forces inside a vast forest, seen as the physical suggestion of the labyrinthine progress of life, the wandering of humankind as a prelude to the encounter.
This theme has been proposed to the ten architects invited to build ten chapels, gathered in the densely wooded area at the end of the island of San Giorgio Maggiore in Venice, to form the Pavilion of the Holy See, together with the space set aside for Asplund’s drawings: 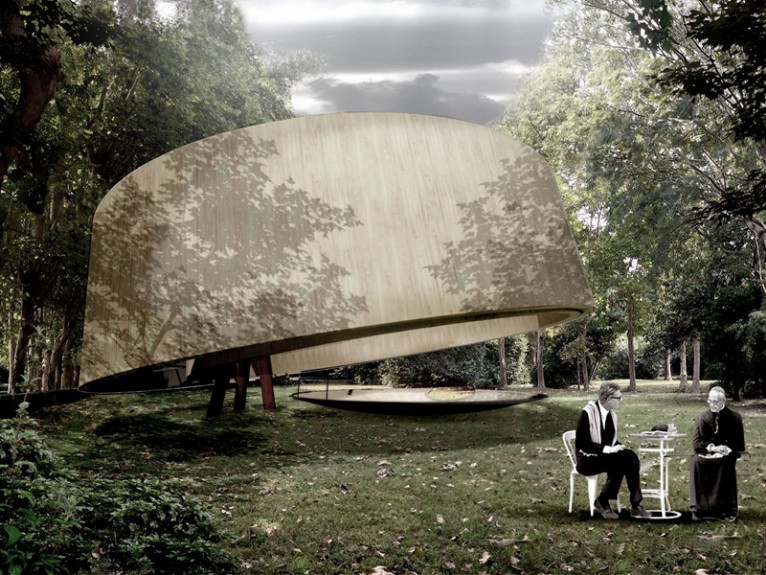 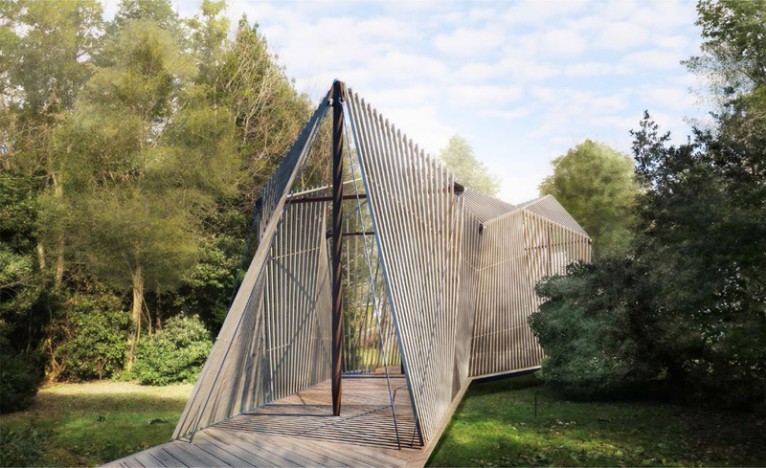 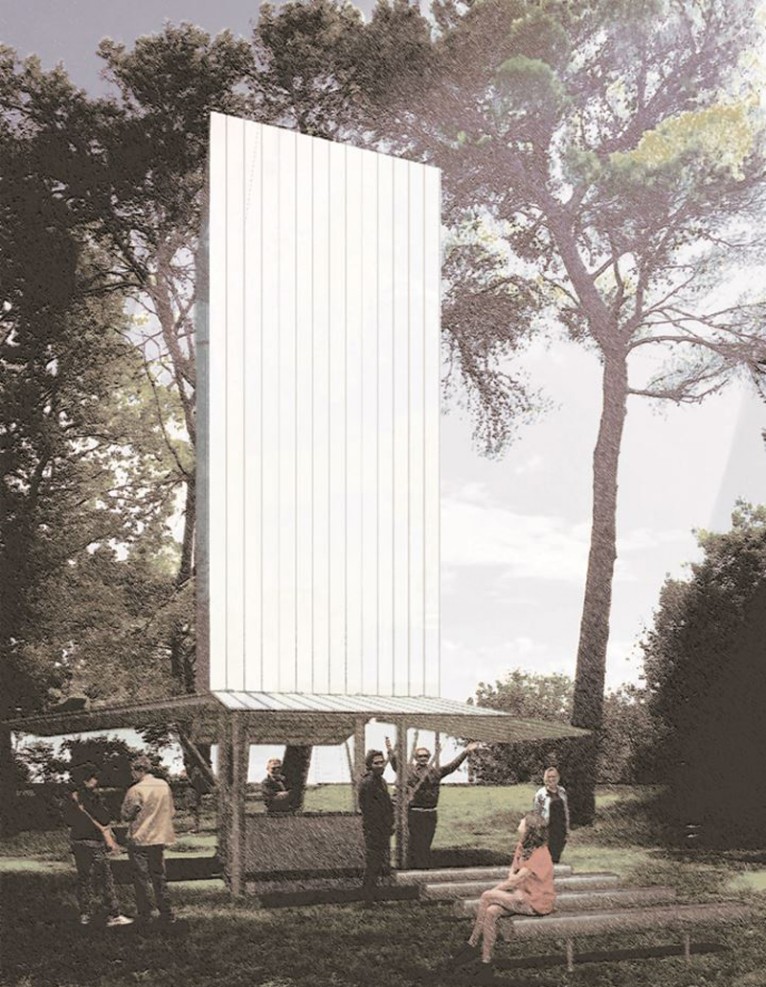 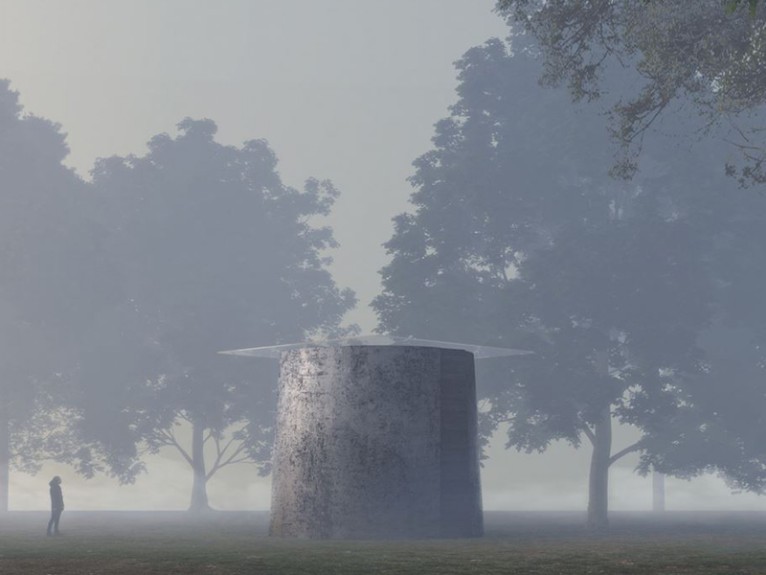 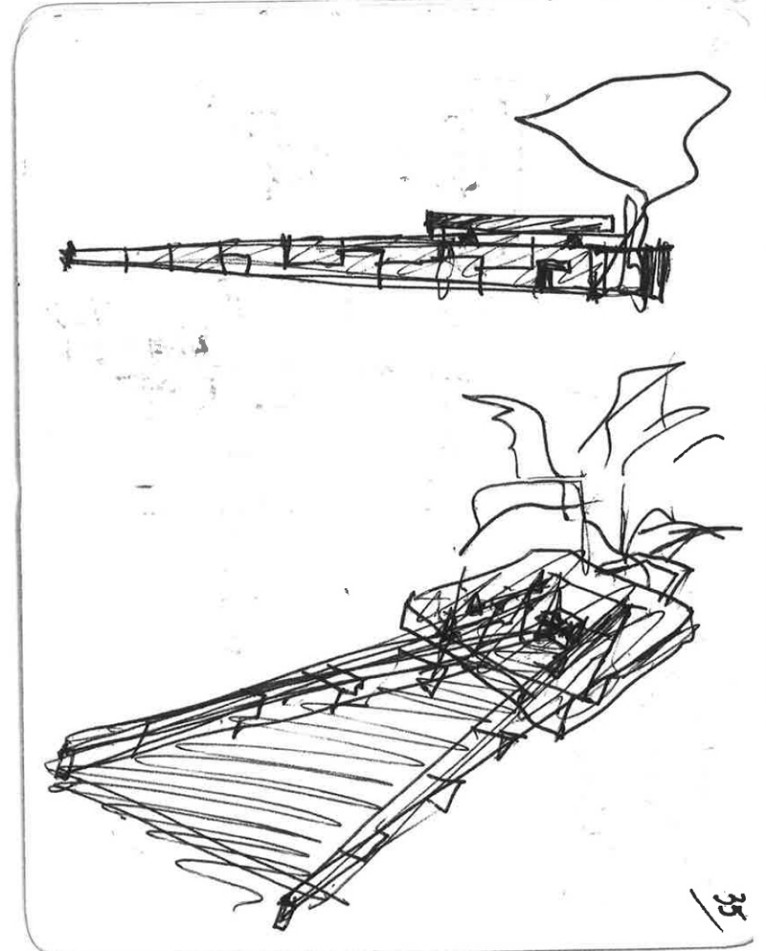 Map Studio will be the author of the Asplund Pavilion 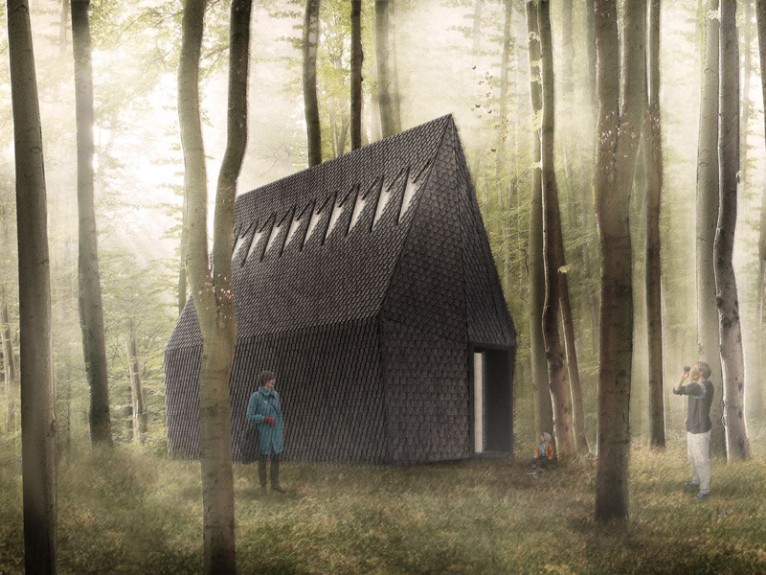 In our culture we are accustomed to seeing the chapel as a space created for different reasons and aims inside a larger and often already existing religious space. The practice behind this perception has produced many models that share the factor of taking form in and belonging to an “other” space, a space of worship, a cathedral, a church, or more simply a place identified for having hosted an unusual occurrence, selected as being a recognized destination. In the modern era these models have given rise to the consolidation of a canon.

The request addressed to the architects invited to construct the Pavilion of the Holy See thus implies an unusual challenge, since the designers have been asked to come to terms with a building type that has no precedents or models. The chapels designed by the architects, in fact, will be isolated and inserted in an utterly abstract natural setting, characterized only by its way of emerging from the lagoon, its openness to the water. In the forest where the “Asplund pavilion” and the chapels will be located there are no destinations, and the environment is simply a metaphor of the wandering of life. This metaphor, in the case of the Pavilion of the Holy See, is even more radical than the one configured by Asplund, who built his chapel amidst the trees, but inside a cemetery. For these reasons, the architects of the Pavilion of the Holy See have worked without any reference to generally recognized canons, and without being able to rely on any model from a typological viewpoint, as is demonstrated by the only apparently surprising variety of the projects they have developed”.