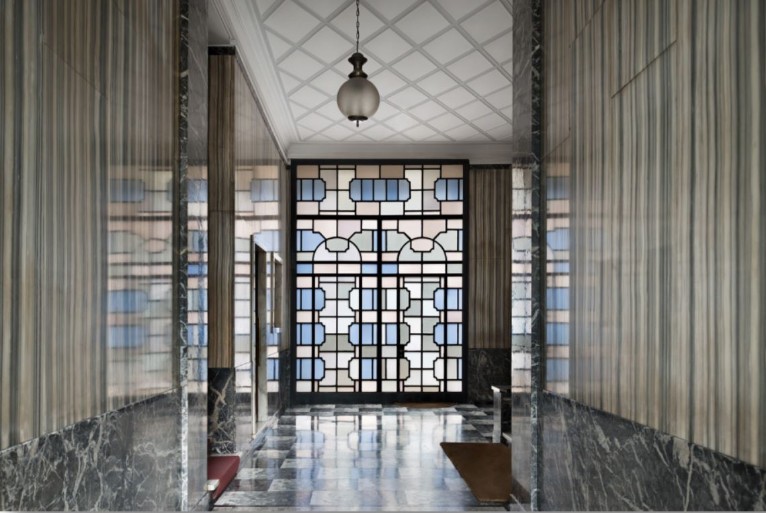 One secret of Milan is that the city’s most remarkable spaces are hidden from plain view: in courtyards, behind walls, or just inside the door of a nondescript apartment building.

In this unprecedented photographic journey, editor Karl Kolbitz opens the door to 144 of the city’s most sumptuous entrance halls, captivating in their diversity and splendor. These vibrant Milanese entryways, until now hidden away behind often restrained façades, are revealed as dazzling examples of Italian modernism, mediating public and private space with vivid configurations of color and form, from floors of juxtaposed stones to murals of minimalist geometry. 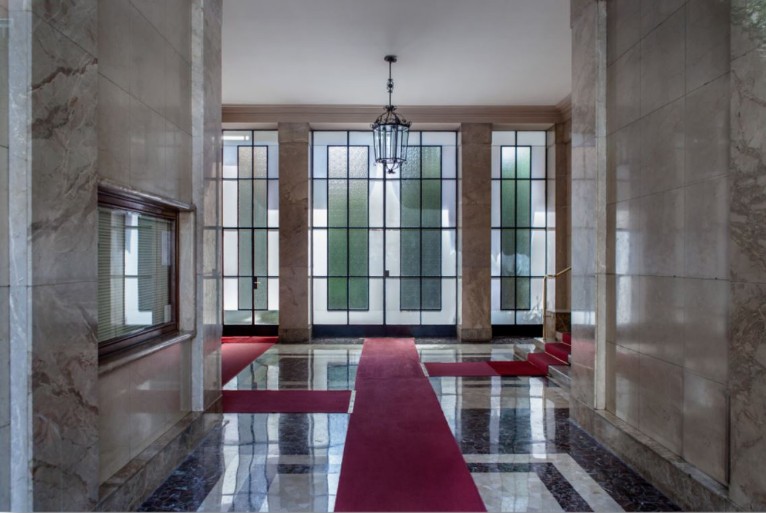 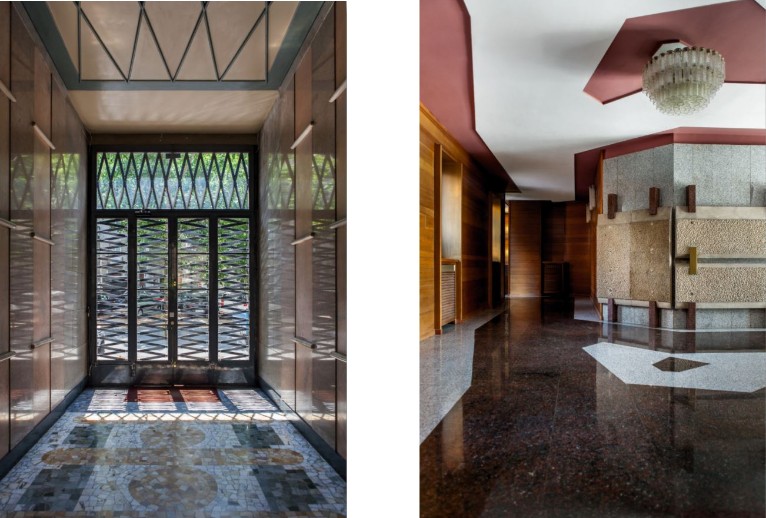 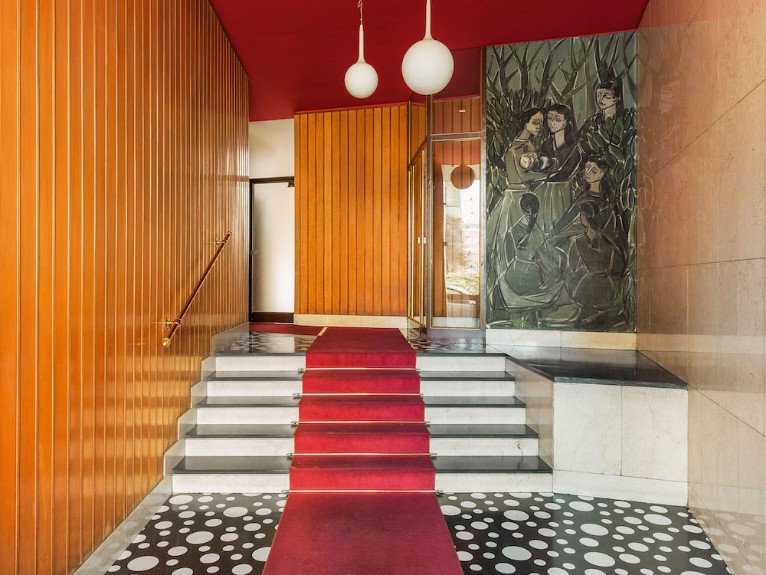 Via Pinturicchio 11, Milan, Italy built in 1960 by Pierluigi Requliani.

The collection spans buildings from 1920 to 1970 and showcases the work of some of the city’s most illustrious architects and designers, including Giovanni Muzio, Gio Ponti, Piero Portaluppi, and Luigi Caccia Dominioni, as well as non-pedigreed architecture of equal impact and interest. The photographs for the publication were exclusively created by Delfino Sisto Legnani, Paola Pansini, and Matthew Billings, each evoking the entryways with individual sensibility and a stylistic interplay of detail shots—such as stones, door handles, and handrails—with larger architectural views. 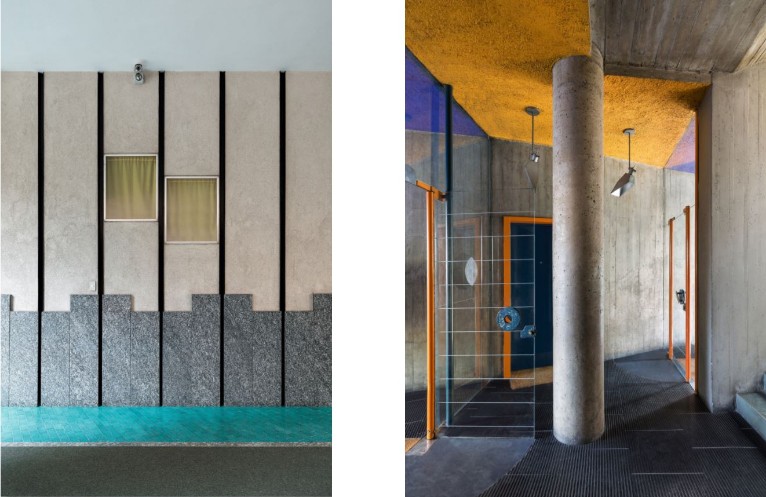 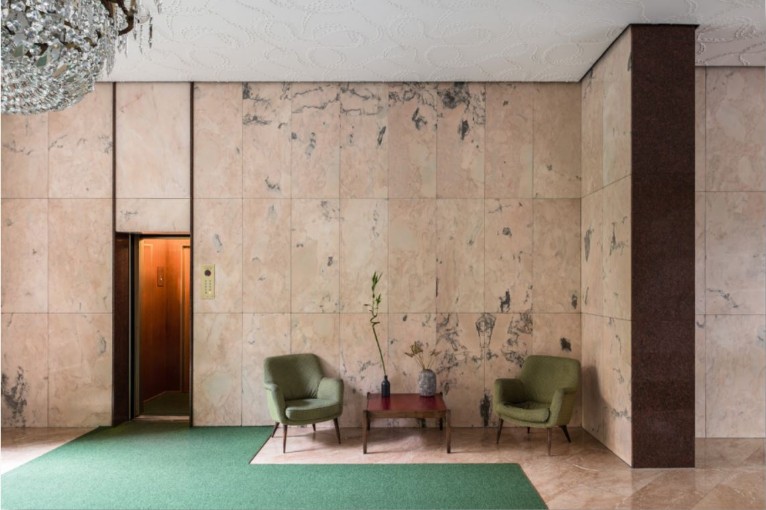 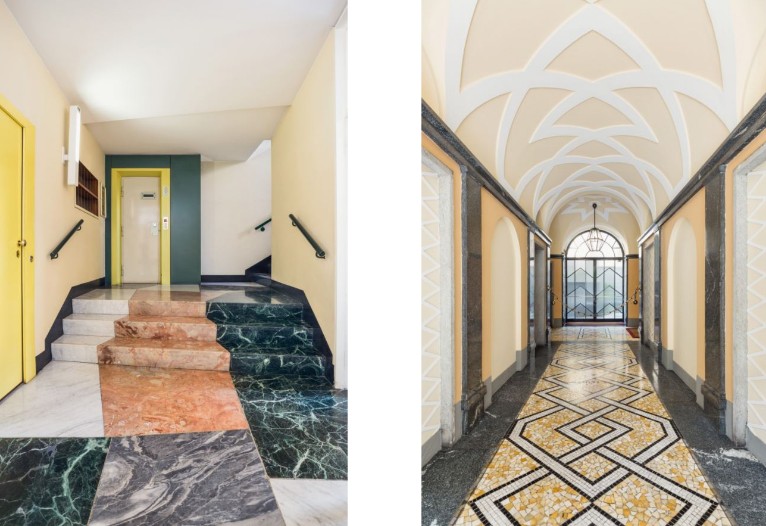 The images are accompanied by outstanding written contributions from Penny Sparke, Fabrizio Ballabio, Lisa Hockemeyer, Daniel Sherer, Brian Kish, and Grazia Signori, together bringing a wealth of architecture, design, and natural stone expertise to guide the reader through the applied materials and fittings as well as the art-historical and social implications of each of the ingressi. As much an architectural city guide as an aesthetic study, the book provides the exact address and an annotated Milan map for all featured entryways, as well as the architect name and date of construction. 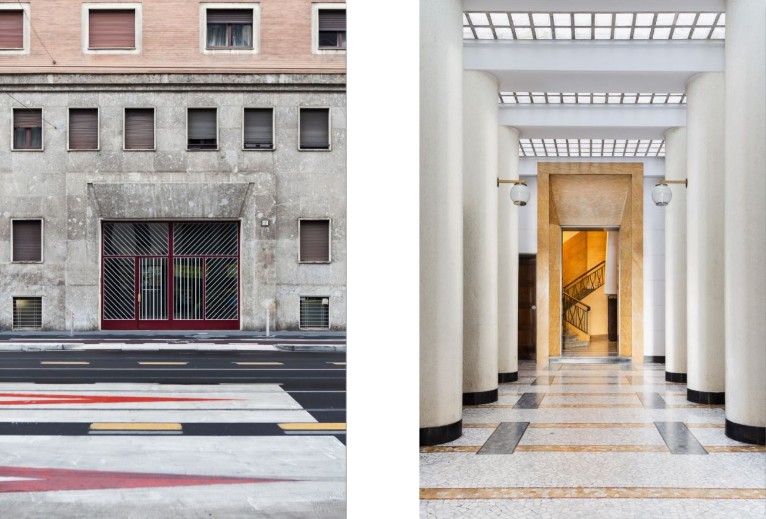 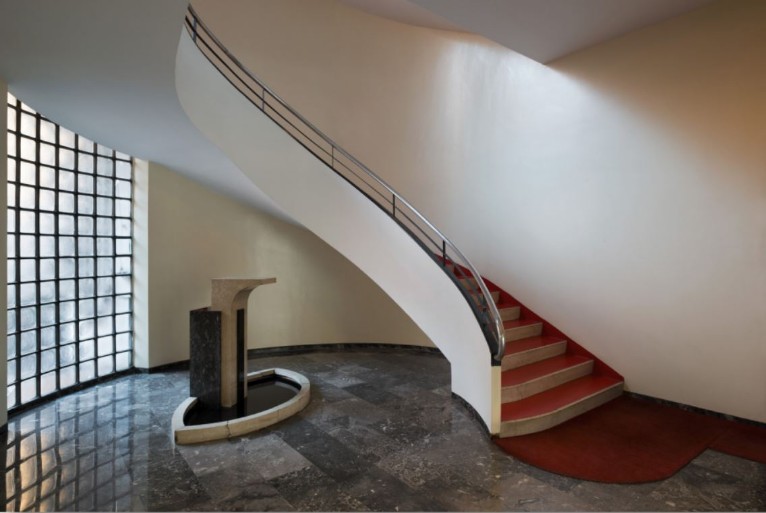 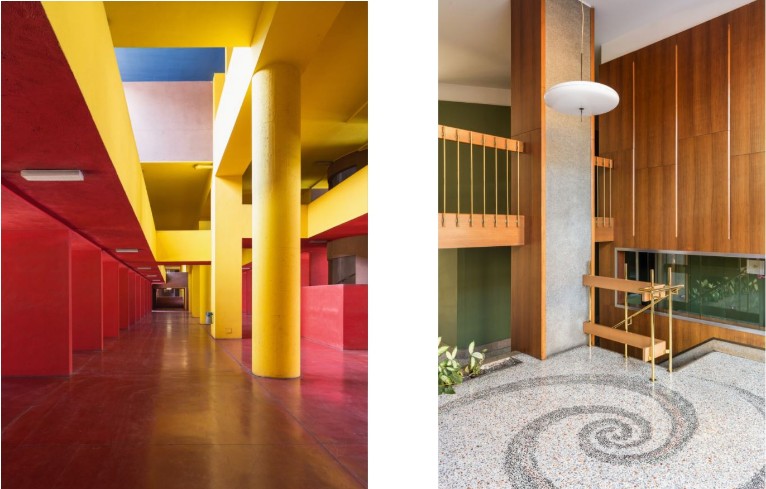 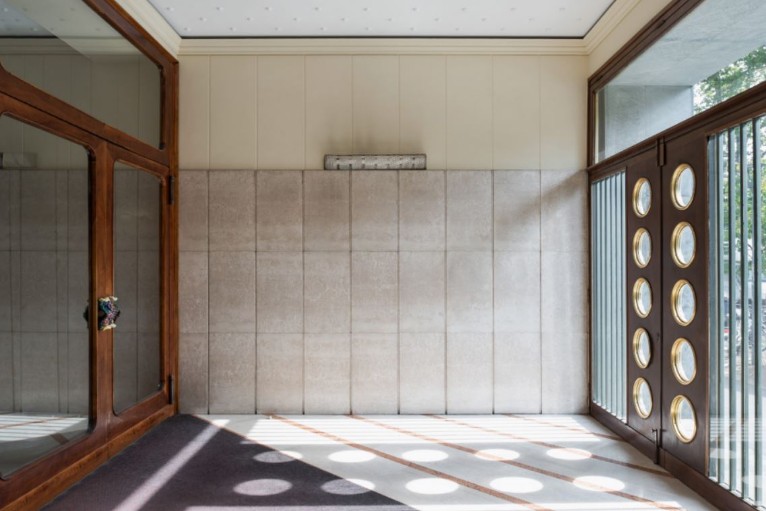