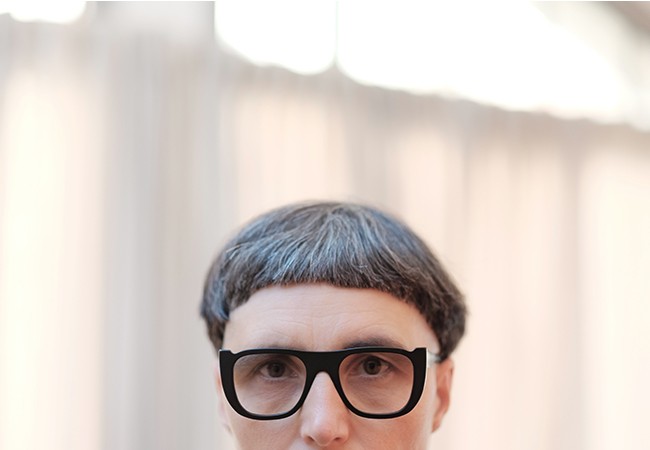 A time capsule lands at Hermès, via Condotti 67 in Rome, from March to December 2018. Three sequences, three themes (objects, light and words) and three games of prestige form a singular itinerary between objects.

In 2018,Hermès celebrates play in all its forms with its theme of the year, “Let’s play!”. This offers designer Matali Crasset and contemporary art specialist Stéphane Corréard an opportunity to surprise visitors with an entertaining and unique experience. 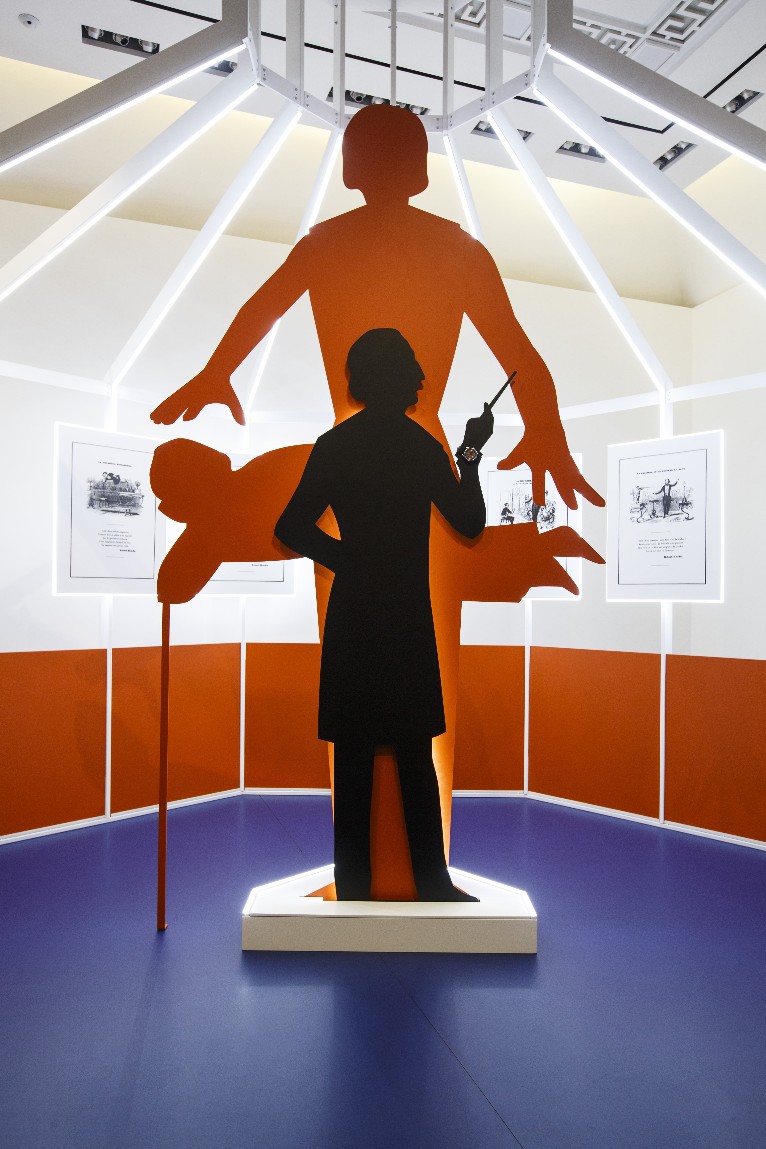 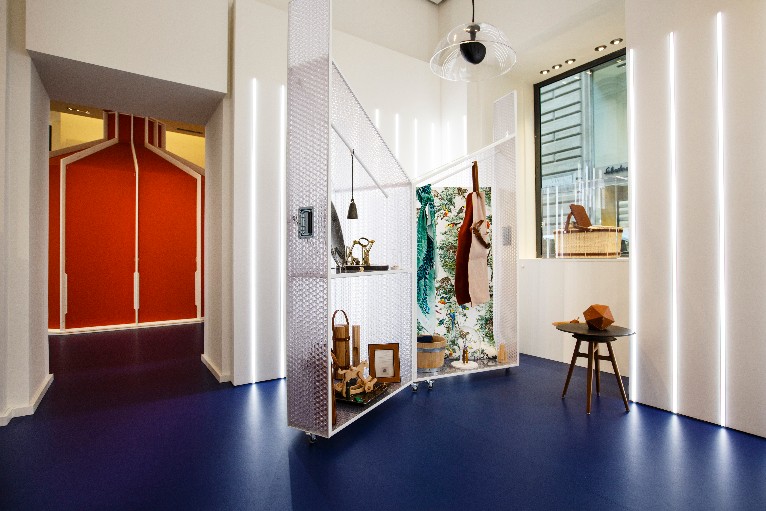 Over a nine-month period from March to December 2018, in three phases, the former Hermès store in via Condotti (Rome) will be transformed into a transient store presenting a selection of objects from the entire Hermès collections.

Driven by the playful spirit of three inventors of yesteryear, they engage in dialogue with objects from the Émile Hermès collection, Hermès’ Conservatory of Creations collection, and works by contemporary artists. 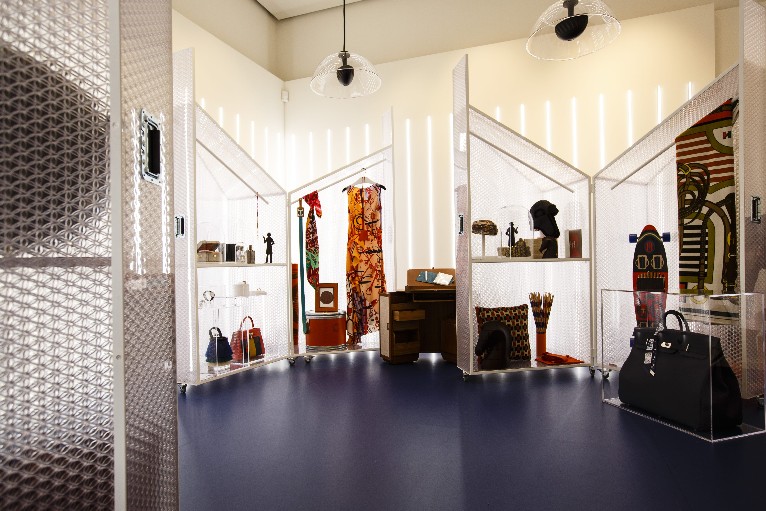 Magic tricks, illusions and fairground shows all have their place in this remarkable time capsule.

It features the worlds of Jean-Eugène Robert-Houdin, Georges Méliès, and Raymond Roussel, one after another, for three months each. These nineteenth-century French figures, contemporaries of Émile Hermès, grandson of the house’s founder, become the superheroes of a three-stage pageant.

Three sequences, three themes (objects, light and words) and three games of prestige – here in the sense of illusion and artifice – form an itinerary between objects from the collection, curiosities, inventions, tricks, and trunks full of keepsakes. The works of artists Louise Hervé and Chloé Maillet, Yves Netzhammer, and Jean-Michel Alberola echo the worlds of Robert-Houdin, Méliès, and Roussel.

They all play a part in this joyful recreation combining décor, trompe-l’oeil, a little theatre, optical illusions, and an itinerant home. 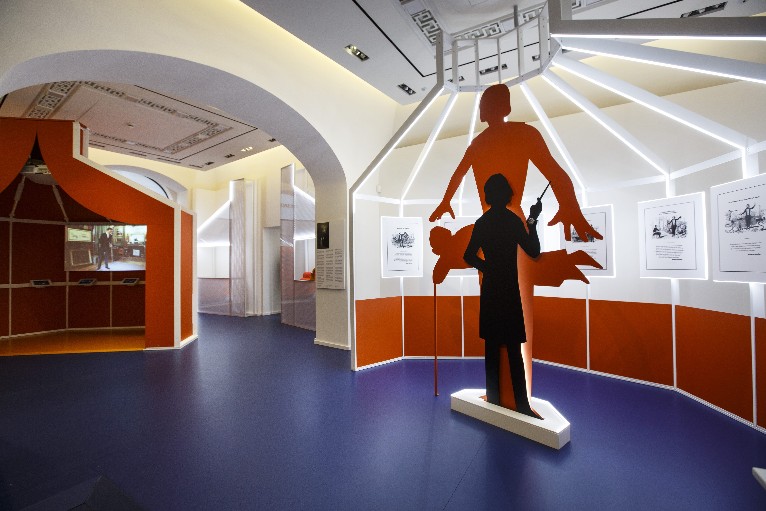 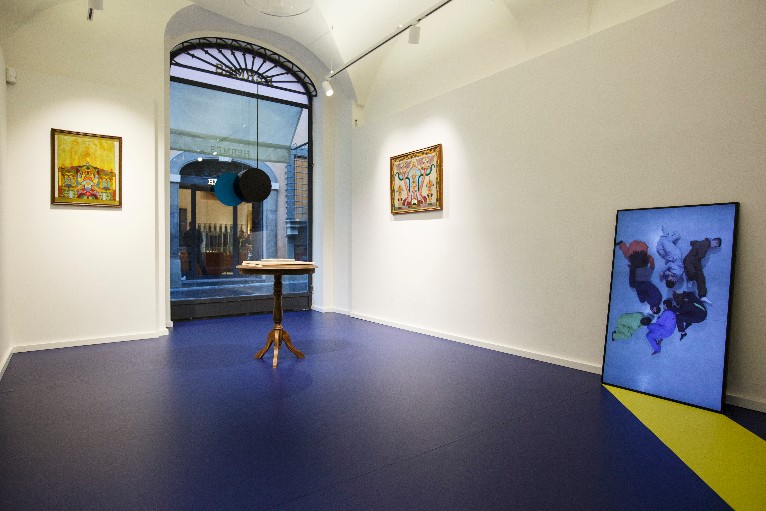