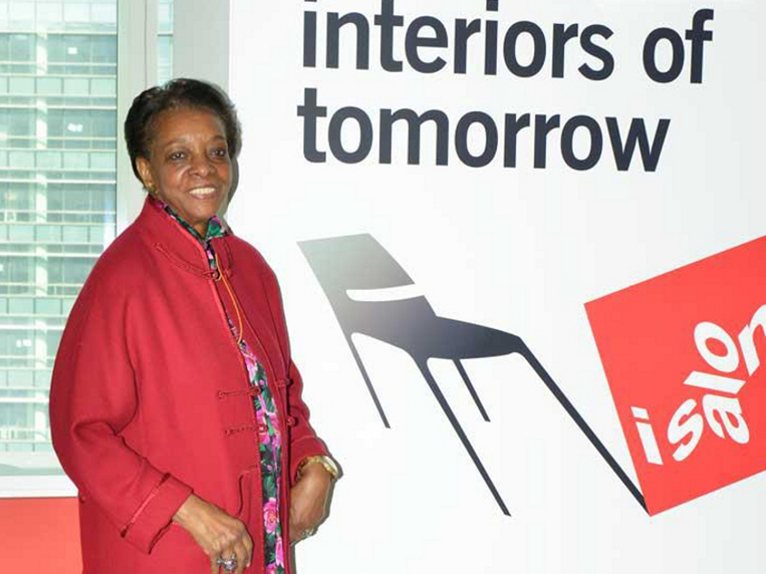 Marva Griffin Wilshire has been the curator and coordinator of the SaloneSatellite for 16 years, the showcase of young talent at Salone Internazionale del Mobile, Milan’s International Furniture Fair.

Since 1998 Griffin Wilshire set the criteria for “young designer” at under thirty-five years of age. She also invited design schools and universities to bring along a select number of their graduates-to-be as a first experience at the Fair with the thinking that they would be back the following year to start their careers.

This year the SaloneSatellite celebrates 16 years of commitment and faith in young creativity.

“And it unleashes the uncontainable exuberance of a teenager with the knowledge of being the first such event to dedicate special attention to young designers, and of being the place where all those designers have wanted to be since its first edition, there adjacent to the ‘adult’ Salone del Mobile, living proof that their hopes and dreams may one day come true” said Griffin Wilshire in the occasion of n the occasion of the 15th edition of Salone Satellite 2012.

With the Salone Satellite, Griffin Wilshire opened the door for hundreds to successfully launch their design careers, get feedback from international press, and make the valuable connections necessary to get their products to market. Over the years Matali Crasset, Xavier Lust, Patrick Jouin, Harri Koskinen, Front and many more were discovered by the design community partly as a result of this platform.

“Craftsmanship & Design: Together for Industry” is the theme of the 16th edition of the SaloneSatellite, which will take place at the Milan Fairgrounds in Rho, from Tuesday to Sunday, April 9th to 14th.

The theme responds to a need that today’s young designers feel strongly, which is to integrate the tradition of craftsmanship with the technological possibilities offered by contemporary industrial planning and production.

She was born in El Callao, Venezuela. One of eight children, she describes her childhood as normal and happy. “I grew up in a very big house with plants, flowers and animals,” she says. In fact, her childhood home is what first attracted her to design. After moving to Milan in the seventies she began her career in PR for what was then the C&B Italia company (now B&B Italia), working with Piero Ambrogio Busnelli, the company’s owner and chairman. Next she became the correspondent and representative in Italy for a number of Condé Nast Publications including Maison & Jardin, Vogue Decoration, American House & Garden and American Vogue. Before joining Cosmit she organized the textile show Incontri Venezia (Fabrics for Furnishing) in Venice for eight years. And four years after she launched the Salone Satellite, Terry Riley, former Chief Curator of the Architecture and Design Committee at MoMA, invited her to become a member of the Architecture and Design Committee at MoMA.