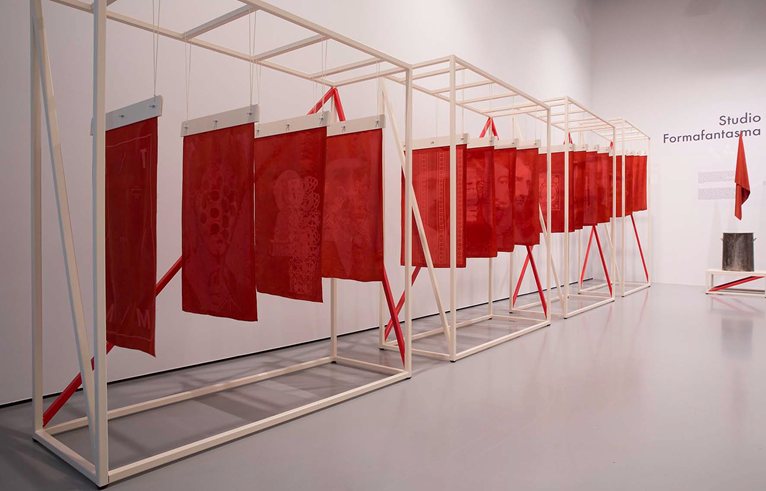 DESIGN - Digging in the archive of the historical collection of the TextileMuseum in Tilburg (The Netherland), Formafantasma has been drawn by the so-called Driessen collection. This has been donated by one of the members of the Driessen family to the TextileMuseum once the activity of the cotton printing company LKM (Leidsche Katoen Maatschappij) ended. The collection is composed by a large series of textile-related books, notebooks, material samples and printing experimentations collected by various generations of Driessen’s family members and colourists working for the company. 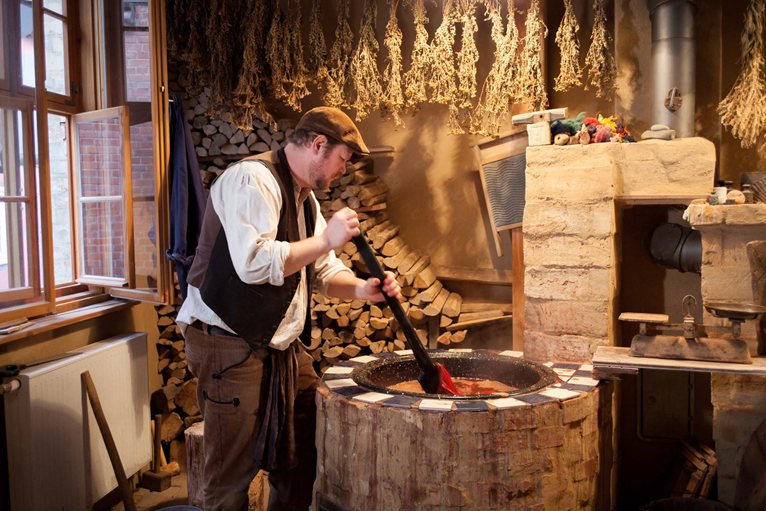 In these books fragments of textile collected around the world or tests developed within the company are mixed creating unexpected texture and combinations. Numerous are also the collected colour tests and the recipes that are testifying the transition between the use of natural pigments and the synthetic ones. In this respect the work of Felix Driessen is particularly relevant. 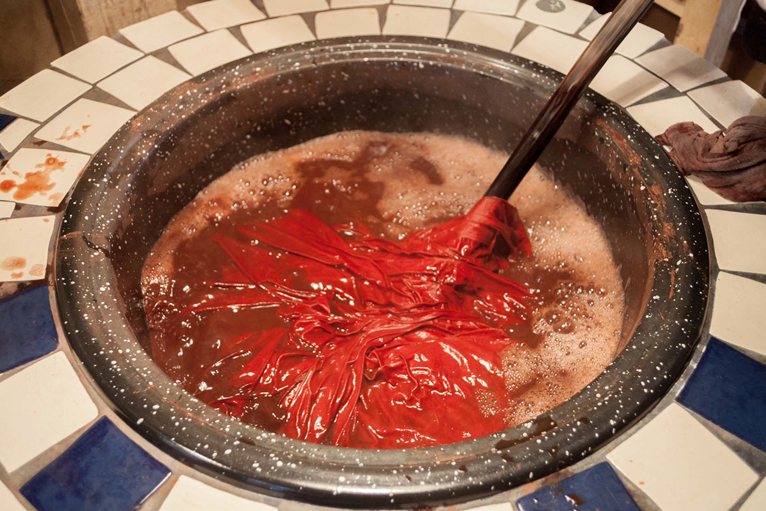 He in fact largely investigated Turkish or madder red. The so-called Turkish red, a particularly vibrant tone of red sourced from madder roots, is in fact one of the most researched colours in the history of textile. First developed in India and later expanded till Greece and Turkey, its bright tones have intrigued different cultures, becoming one of the first examples of globalization. 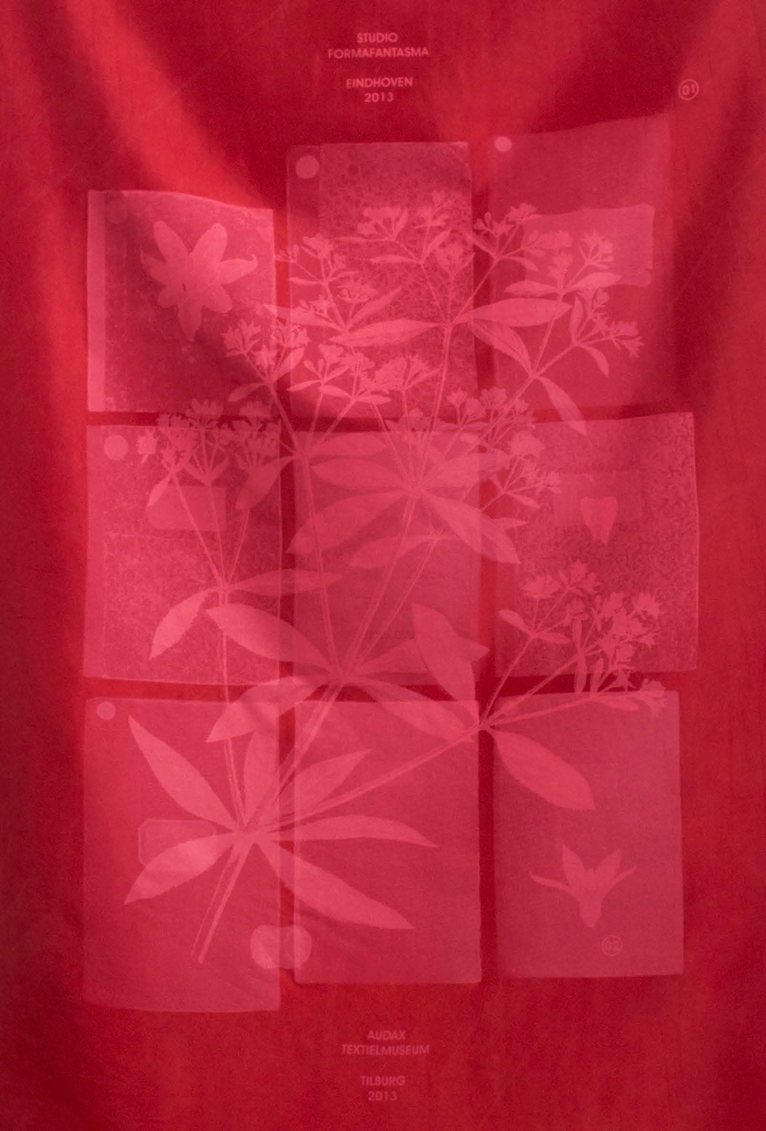 Traditional design elements such as colour and texture are used as tools to both testify the work of the Driessen’s family and to evoke the symbolic, economic and social impact of the Turkish red in history: from The Roman Empire, through French Revolution till the chemical synthesis of alizarin, one of the major dyes obtainable from madder roots. 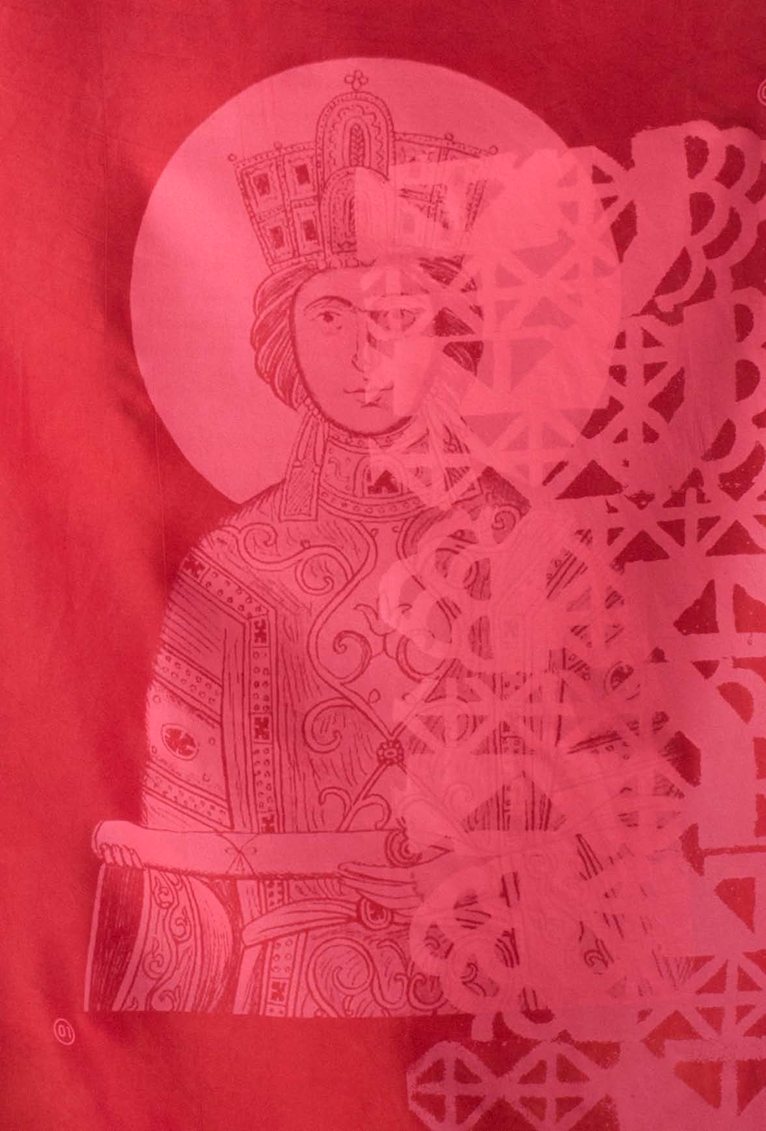 The title of the project, BTMM1514, is referring to the way the books are numbered in the Museum’s archive: the 17 silks are indeed designed as the pages of a book with a front and a back cover.

Formafantasma is one of five Dutch designers and design agencies who found inspiration for new work in the rich collection of the museum. These budding talents include: BCXSY, Lenneke Langenhuijsen, Merel Boers / Studio Miss Blackbirdy and Minale Maeda.
The five projects are presented in a special context, together with the sources that they refer to: Art Nouveau weavings, objects from the Art Deco period, sample books, dye recipes, antique handiwork manuals, blankets and trimmings.

Check the VIDEO , made by Robert Andriessen, which portrays the designers' search for sources in the depots of the museum.