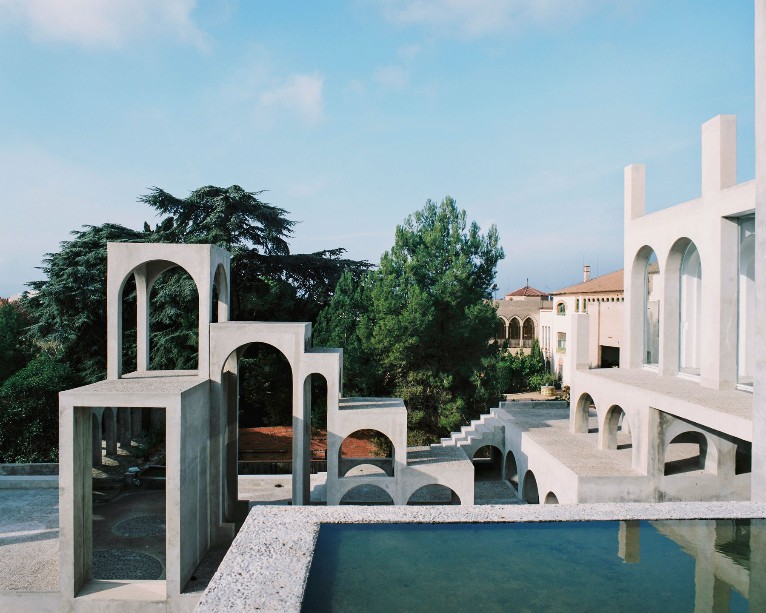 On December 2015, the Catalan photographer Salva López photographed Xavier Corberó’s home for The Wall Street Journal. The result was superb and these amazing pictures made prove it.

The residence of the Catalonian sculptor Xavier Corberó (Barcelona 1935, Esplugas de Llobregat, 2017) located in Esplugues de Llobregat, Barcelona's suburbs, is nothing less than a manifestation of his unstoppable imagination.

As for his continuous housing expansion, he sayed, “I don’t understand how I made this whole thing. It’s a kind of miracle”, explained that the driving motivation behind his artistic creations was to create “poetry” which is exemplified by his eccentric estate. 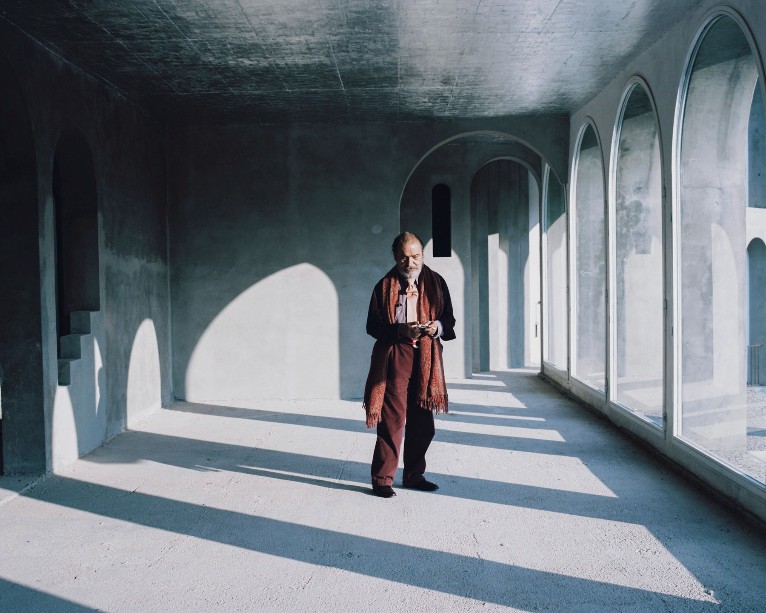 Some 40 years in the making, Corbero’s residence has been a tireless exploration: he started building in 1968 when he purchased a former potato farm; nine pre-existing and dilapidated industrial structures have been brought back to life, forming a labyrinth composed of studios, living areas, artist residences, gallery spaces, and a subterranean workshop.

The colossal complex has grown to include also 25 bedrooms and bathrooms. 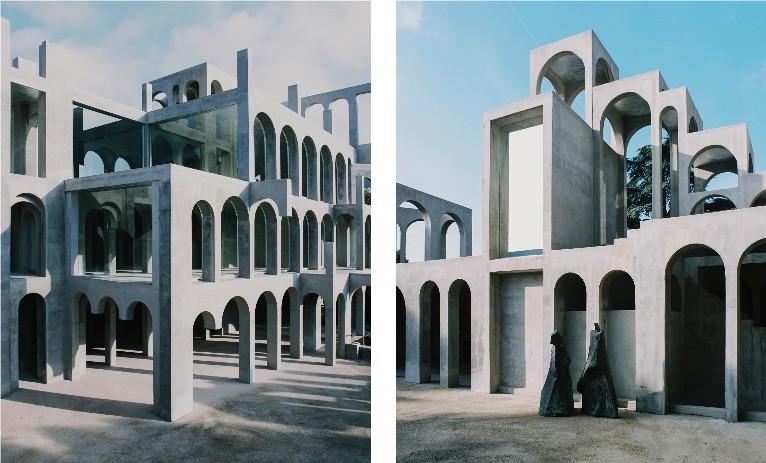 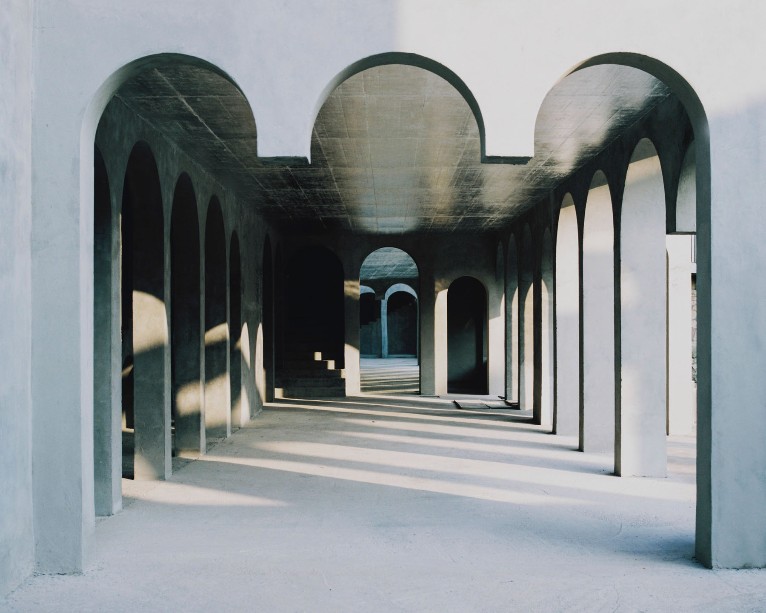 The most recent addition, still under construction, has three levels of rooms connected by archways.

Composed of a total of nine buildings, today the estate is a labyrinthine cabinet of curiosities concealed by a disarming medieval stone fence. 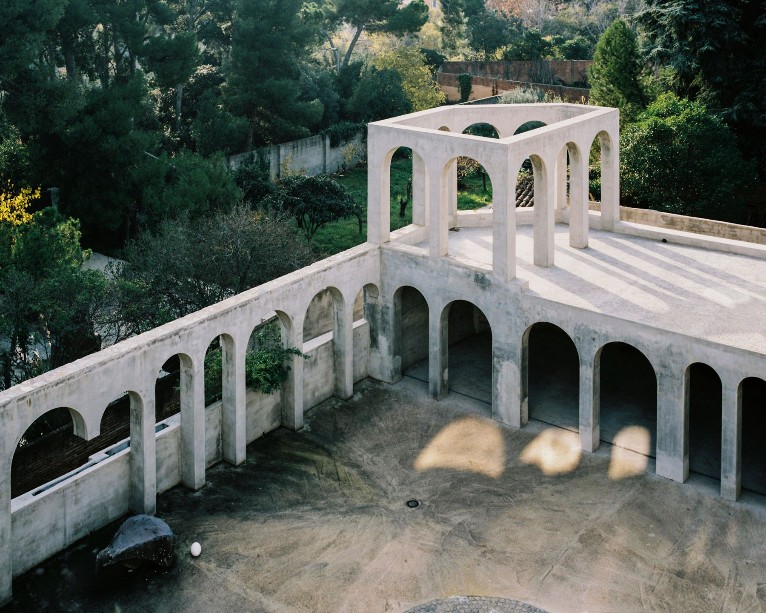 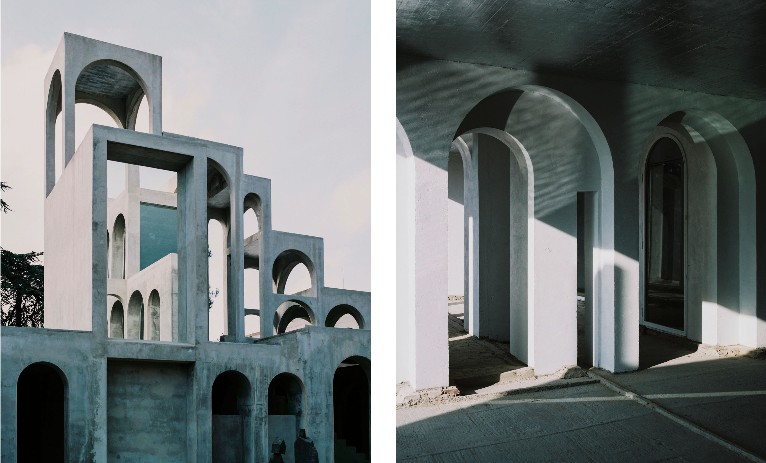 At the centre of it all is an awe-inspiring six-storey glass atrium dubbed ‘The Tower’, where Corbero lives.

‘The Tower’ is filled with the art, and curious objects that have been lovingly collected over his prolific career as a global artist. 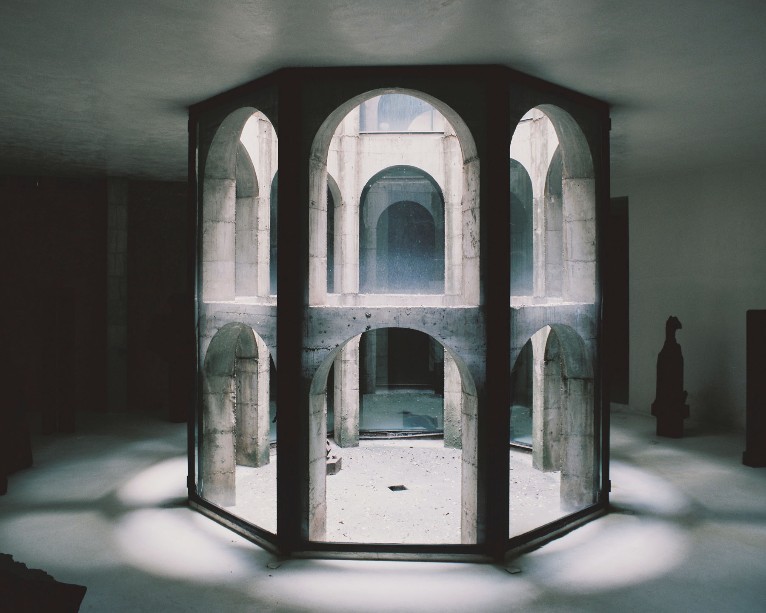 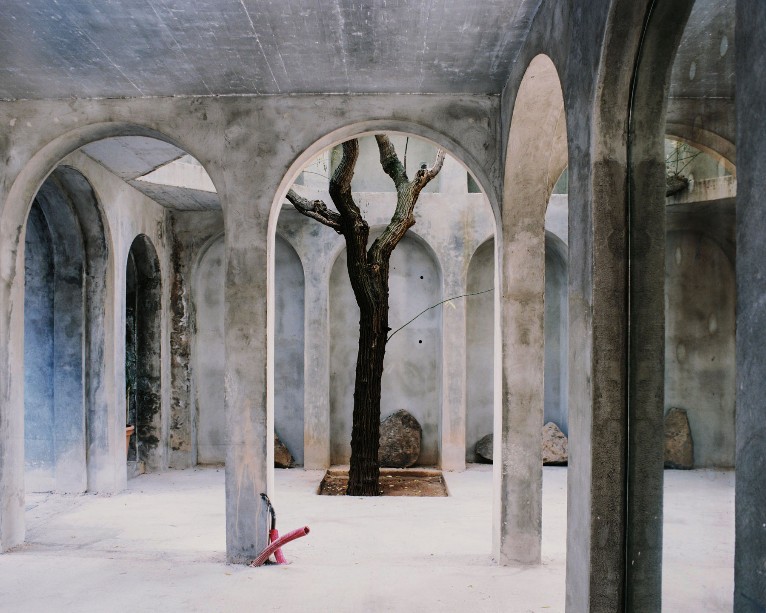 Throughout the house, Corbero’s own monumental works, often cast in marble and basalt, loom large, as they do in prominent collections around the world, including those of the Met in New York and the Victoria & Albert museum in London. 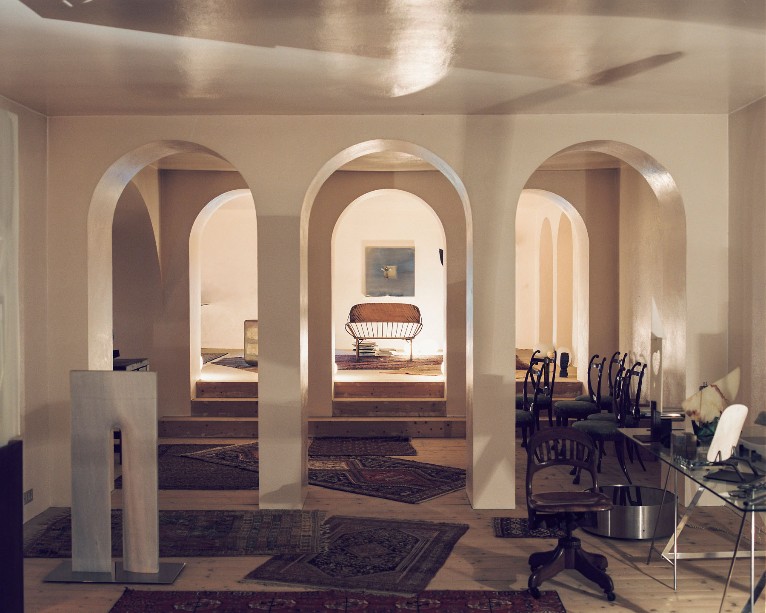 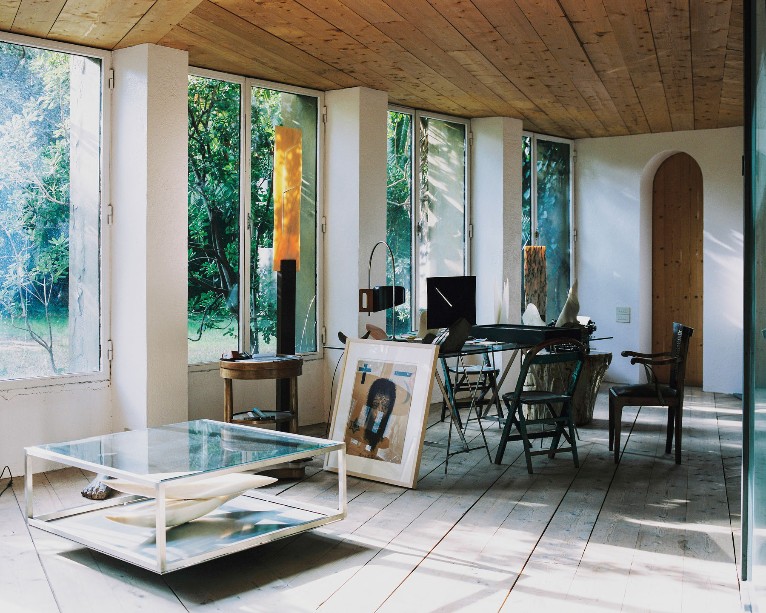 The exteriors include geometric concrete structures stacking at different heights to create commanding sculptures amidst the wild surrounds and bodies of water. Across vine-cloaked buildings, details such as floating steps are framed by contrasting curved arches. 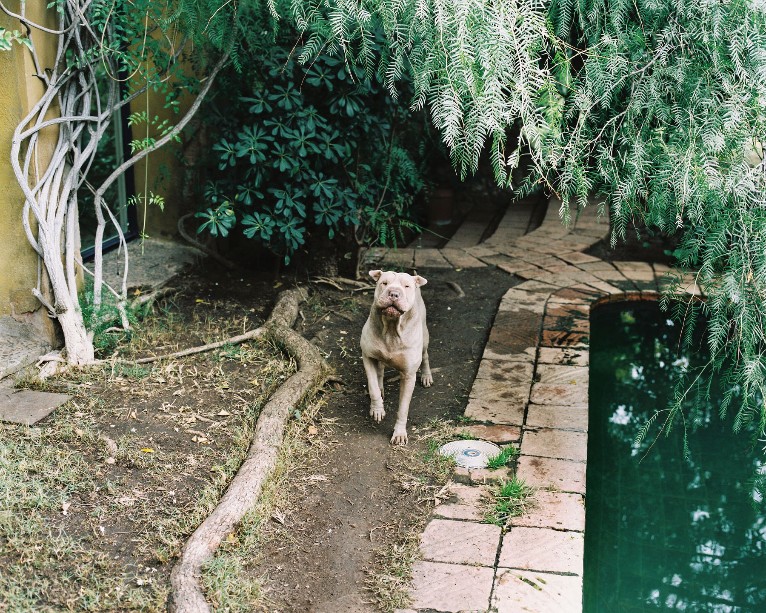 Corbero’s wish was to create a home that would be an expression of his own work and a heaven for other artists hosted over the years.

Salvador Dalì, he said, was one of the earliest buyers of his work, and became a friend and frequent visitor. 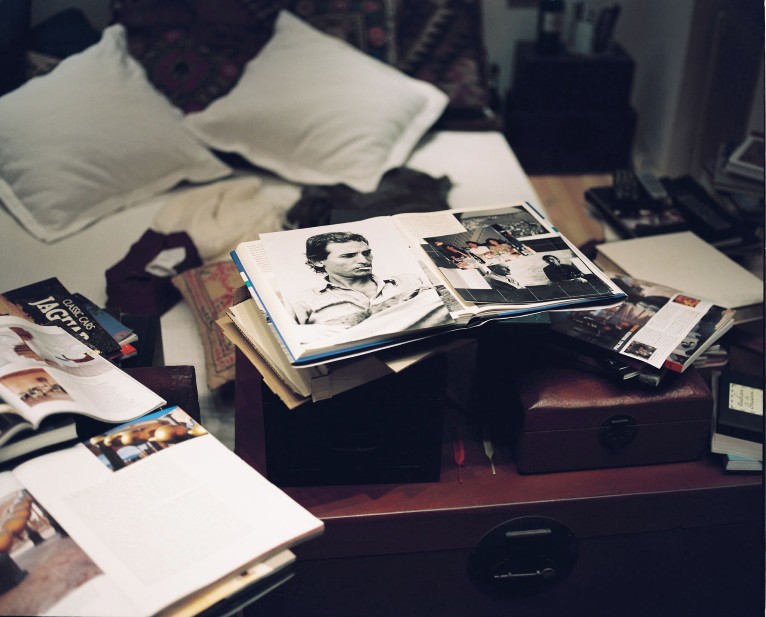 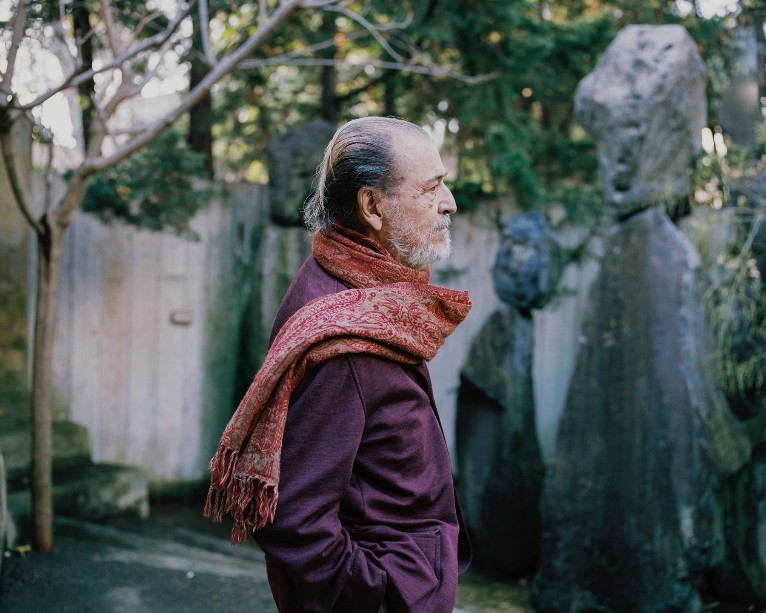 Photography by Ⓒ Salva López for the Wall Street Journal