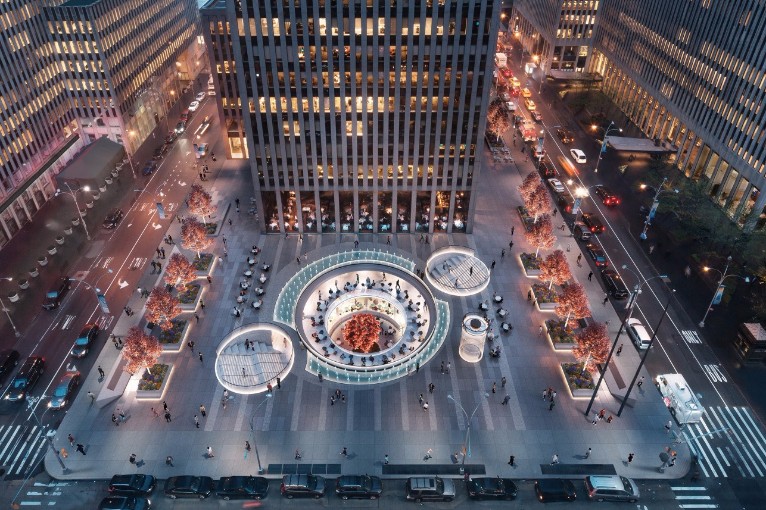 A rendering has been revealed!

Rockefeller Center Plaza is set to rise again following a “sweeping transformation”, according to the New York Post.

While the current plaza is half-buried and disconnected from the sidewalk, the redesign by Italian architects Citterio-Viel & Partners will replace the recessed plaza with a new, public-friendly plaza at sidewalk level.

The architects have chosen to reference the original 1969 design that pays homage to the popular recessed design of the original Rockefeller Plaza designed by Wallace Harrison, by including a large aperture in the center of the space, flanked by a set of descending staircases on each side that looks down on the businesses below. 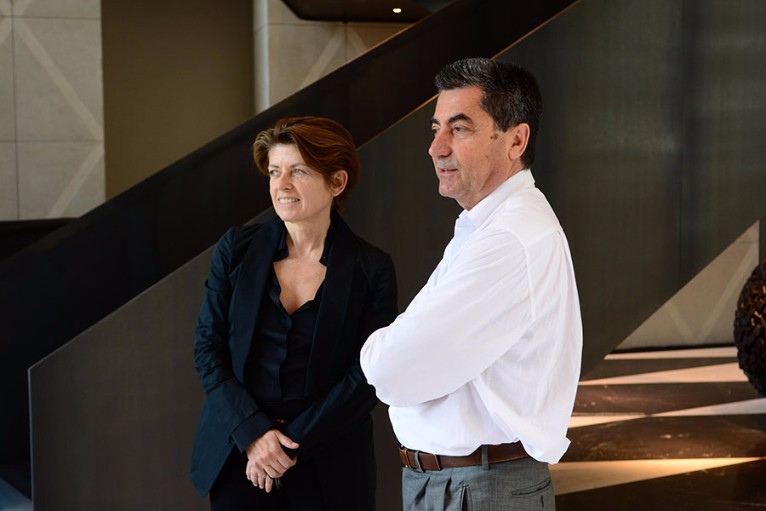 The redevelopment, estimated to cost in the “mid-to-high eight digits”, - the Post reports -, will fill in the below-ground public space with 2 levels of retail across 35,000 square feet, while turning the topside into a pedestrian-friendly plaza.

The renewed space will have lots of seating, new staircases leading from the outdoor space and an open circular portal between the shopping levels.

Citterio-Viel & Partners have also proposed updating the pavement to “reflect” the vertical facade of 1221 6th Avenue by extending lighter stone stripes from the base of the building.

Bill Edwards, senior vice president of Rockefeller Group, told the Post the project will be completed in 2019.

Cover image: a rendering shows the planned redesigned for 1221 Sixth Avenue Plaza, which is near 30 Rockefeller Plaza.