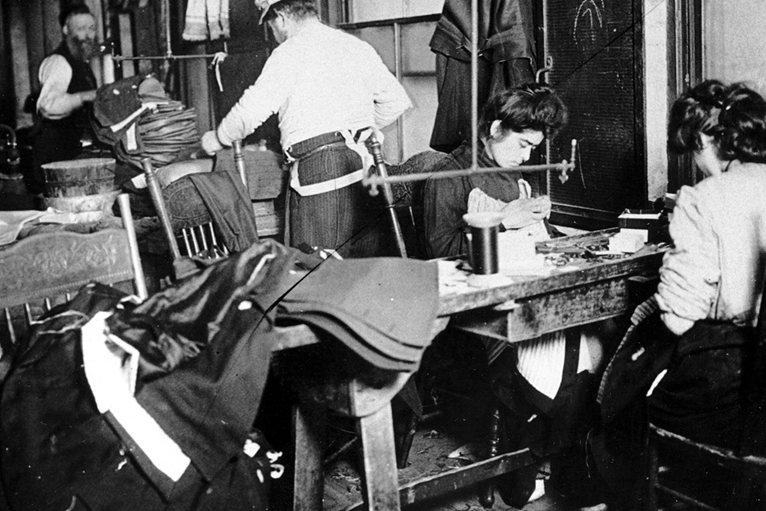 COMPETITION _ The Remember the Triangle Fire Coalition (RTFC) seeks entries for a twostage international design competition to honor the victims of the 1911 Triangle Shirtwaist Factory Fire and its legacy.

The memorial will be located in New York City, on the exterior of the building in which this historic fire occurred. In telling the story of the Triangle Fire and offering tribute to the victims, immigrant workers, women activists and social reformers, the memorial should both educate and inspire. This memorial should recall not just the tragedy and every worker who perished, but also reflect the unique importance of the many workers’ rights movements, safety laws, and social welfare policies that resulted from this fire.

The Triangle Waist Company was located one block east of Washington Square Park. There were over 500 employees — most were young women, most were recent immigrants. On March 25, 1911, a fire broke out on the 8th floor. Workers ran to the fire escape. It collapsed, dropping them to their deaths. On the 9th floor a critical exit was locked. People on the street watched as the workers began to jump out the windows. Fire trucks arrived but their ladders only reached the 6th floor. The elevators ran as long as they could as workers pressed into the cars; some tumbled down the elevator shaft.

In the end 146 people died. There was a trial but the owners, long known for their anti-union activities, were acquitted. The fire became a rallying cry for the international labor movement. Many of our fire safety laws were created in response to this tragic event.

The design proposal will provide viewers with an educational experience and resonate with contemporary labor and social justice concerns. The names of the victims must be accessible to the public. To the extent possible, projects should aim to utilize materials and techniques, along with a design approach, consistent with the aim of improved environmental performance and stewardship.

A 2-phase jury process will take place Spring/Summer 2013. A jury will include the Deborah Berke, Daniel Libeskind and Wendy Feuer, Assistant Commissioner of Urban Design & Art in New York City.

The Jury will produce a short-list selection of 10 entries. This short list of Entrants will be invited to participate in Phase 2.  Short-listed Entrants will be required to provide a general description of the proposed installation, maintenance and removal regimen (the Memorial must  be temporarily removable. The Jury will reconvene to make a final selection of the top 3 prizewinners and honorable mentions.
The 1st place prizewinner will be invited to participate in the execution of the memorial and awarded with $5,000, the 2nd and 3rd Place Prizewinners will received $3,000 and $1,500.