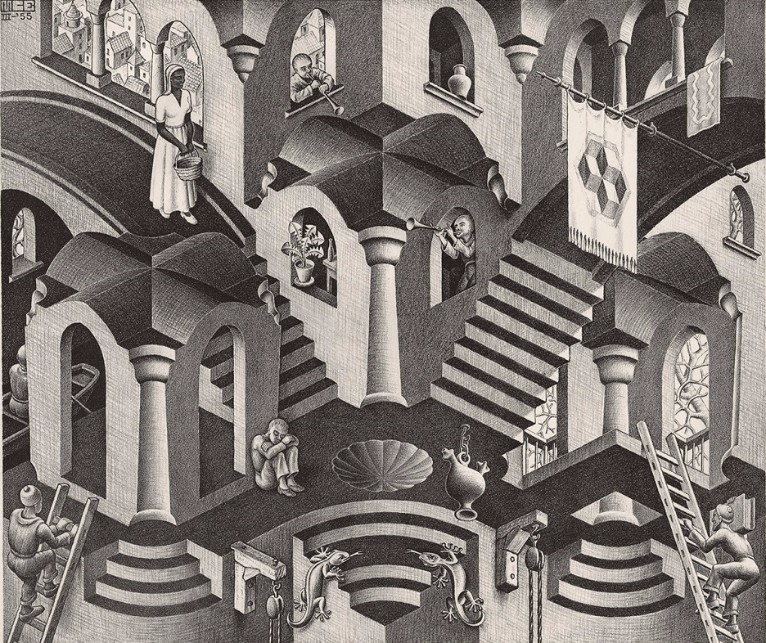 The exhibition "Escher. Oltre il possibile” opened in Pisa a few days ago, while the big art show "Escher’s journey", including 80 original prints and several installations of artists from all over the world, will kick off in Leeuwarden, the artist's hometown, on 28 April 2018.

The art of Maurits Cornelis Escher (Leeuwarden, 1898 – Laren, 1972) has never ceased to amaze millions of people all over the world.

M.C.E., this is his acronym, played with architecture, perspective and impossible spaces, showing us that there are infinite possible worlds.

After finishing his studies, he began to travel, especially in Italy: the art and architecture of the Mediterranean and in particular of Granada in Spain played a key role in the evolution of his creativity. He went to the Alhambra Palace, and copied some of its geometric tiling. His work gradually became less observational and more formally inventive. As Escher later explained, it also helped that the architecture and landscape of his successive homes in Switzerland, Belgium and Netherlands were so boring: he “felt compelled to withdraw from the more or less direct and true-to-life illustrating of my surroundings”, embracing what he called his “inner visions”. 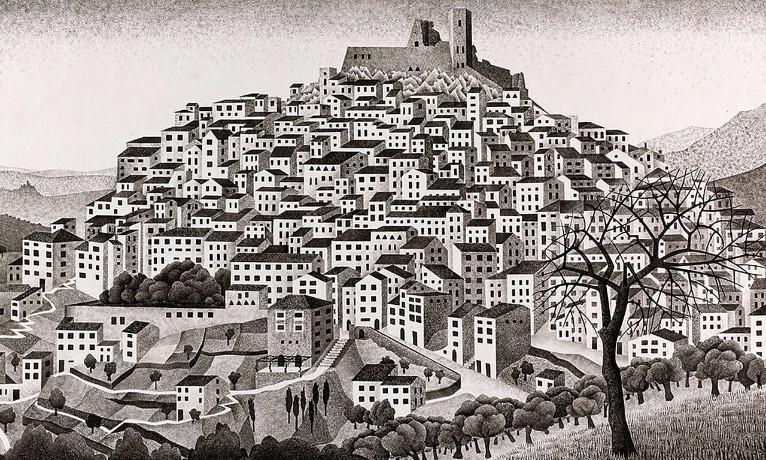 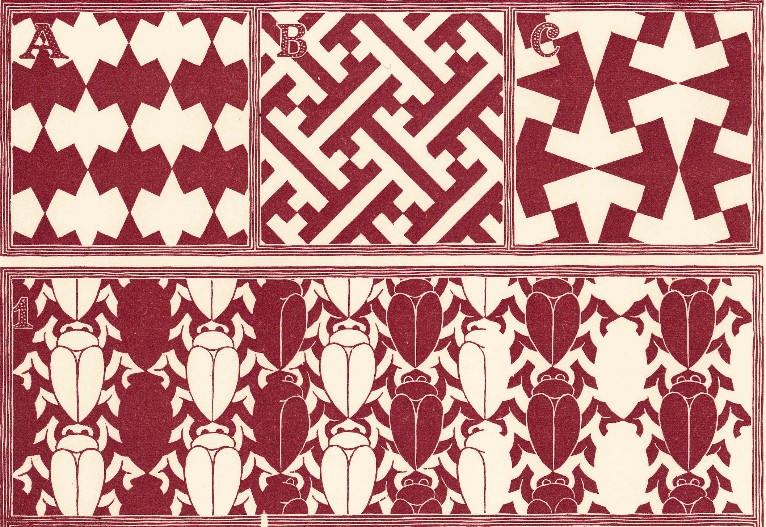 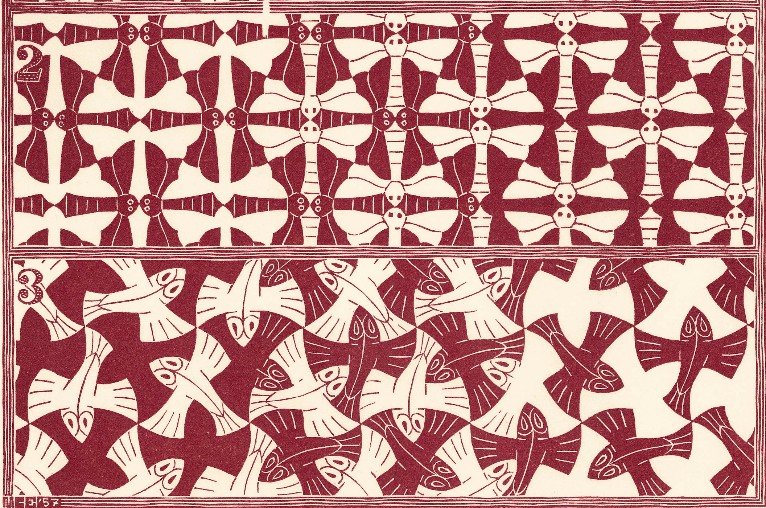 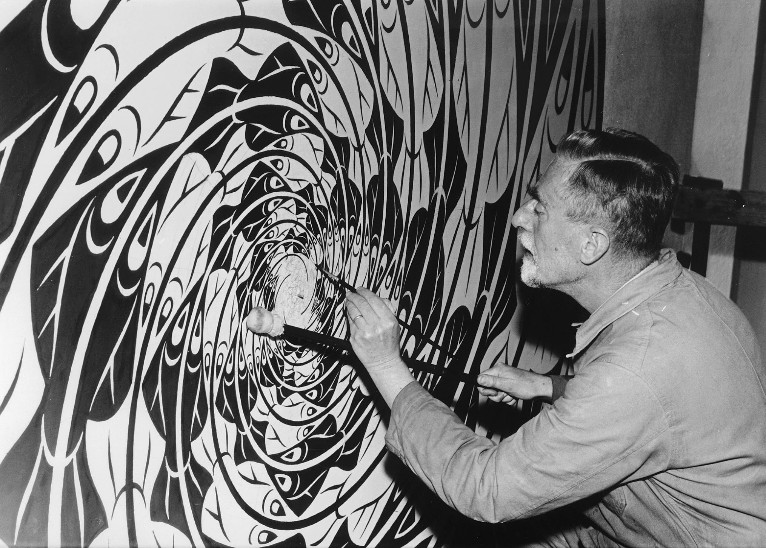 Are you really sure a floor can’t also be a ceiling?

After settling in Holland with his wife and three sons in 1941, he became more and more interested in space, illusion and math. He studied these subjects and created the work he is best known for, such as images of impossible worlds, repeating patterns and reality-bending shapes.
Escher became obsessed by the “regular division of the plane”, in which shapes (often fish, lizards or birds) are tiled across a flat plane in such a way that the spaces between them make other, recognisable shapes.

In many of these images the distinction between foreground and background is obliterated: the viewer can choose to see one or other set of shapes as foreground at will. 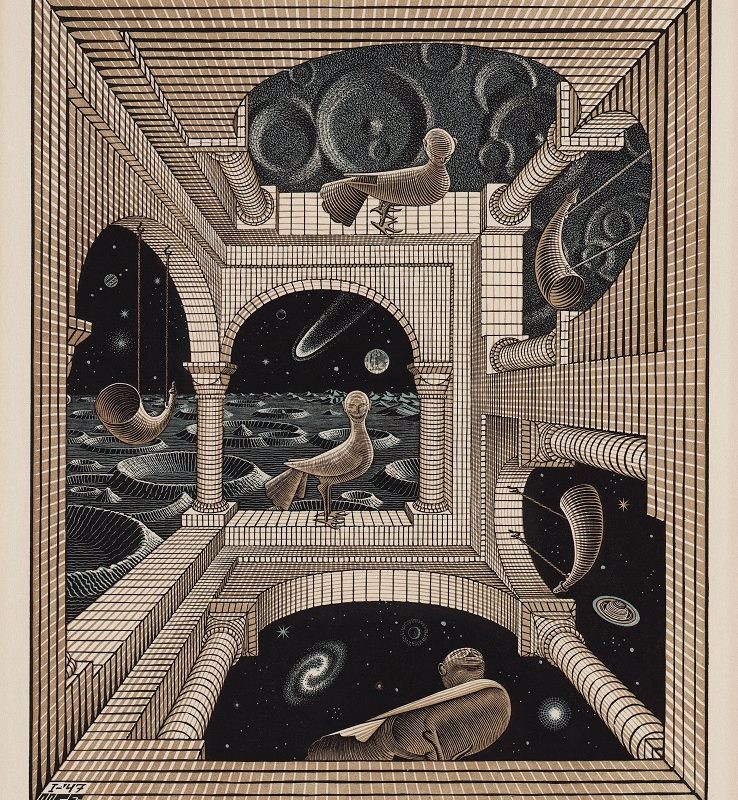 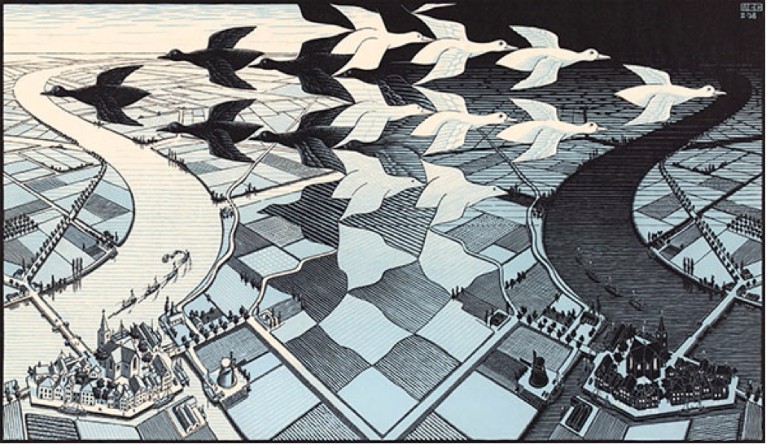 Escher’s artwork can be seen in museums, books, posters, on television and in movies.
His prints adorn albums by Mott the Hoople and the Scaffold, and he was courted unsuccessfully by Mick Jagger for an album cover and by Stanley Kubrick for help transforming what became 2001: A Space Odyssey into a “fourth-dimensional film”.
More recently, Escher’s mind-bending visions have provided inspiration for Jim Henson, whose 1986 film Labyrinth starring David Bowie includes a homage to Relativity, and Christopher Nolan, who created a dizzying, Escher-like dream sequence for his 2010 blockbuster Inception. 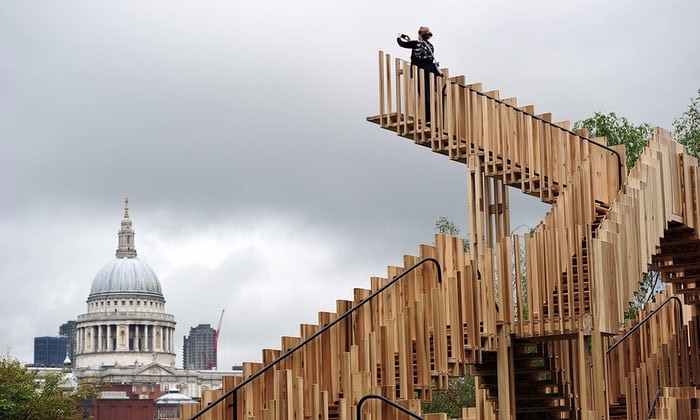 A woman photographs St Paul's Cathedral from the top of an installation entitled Endless Stair designed by de Rijke Marsh Morgan Architects near the Tate Modern gallery in London. Inspired by MC Escher's famous surreal drawings of never-ending staircases, it was created to mark the launch of the London design festival. Photograph: Carl Court/AFP/Getty Images 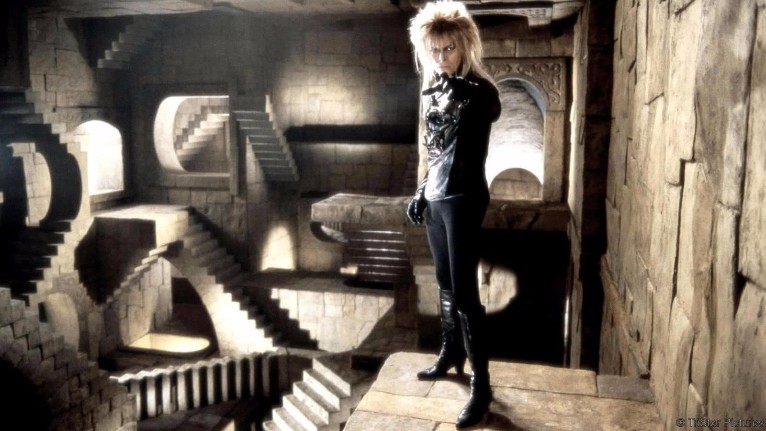 “If you want to express something impossible, you must keep to certain rules. The element of mystery to which you want to draw attention should be surrounded and veiled by a quite obvious, readily recognisable commonness.” M.C.Escher