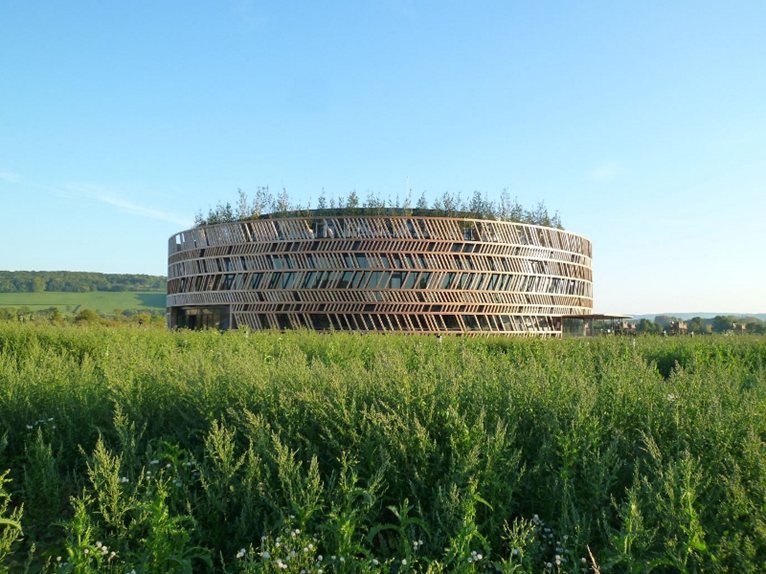 The complex, located in Alise-Sainte-Reine in France, owes its origins to the historic battle of Alesia between the Roman troops and the Gauls in 52 B.C..

The historical event has inspired the design, without, however, becoming a merely formal stratagem, but embedding the complex in the landscape, highlighting its symbolic importance, but without imposing on the surrounding environment.

The design scheme consists of two separate structures, but at the same time connected to each other. The building housing the museum, which is expected to be completed by 2015, is located on the top of the hill where the Gallic troops were positioned during the siege. The second block, which will become the visitor's centre, is located in the area where the Roman troops lived.

The cladding structure consists of a series of rings, almost emulating a string course, on which a series of oblique strips have been fitted together in an irregular way. 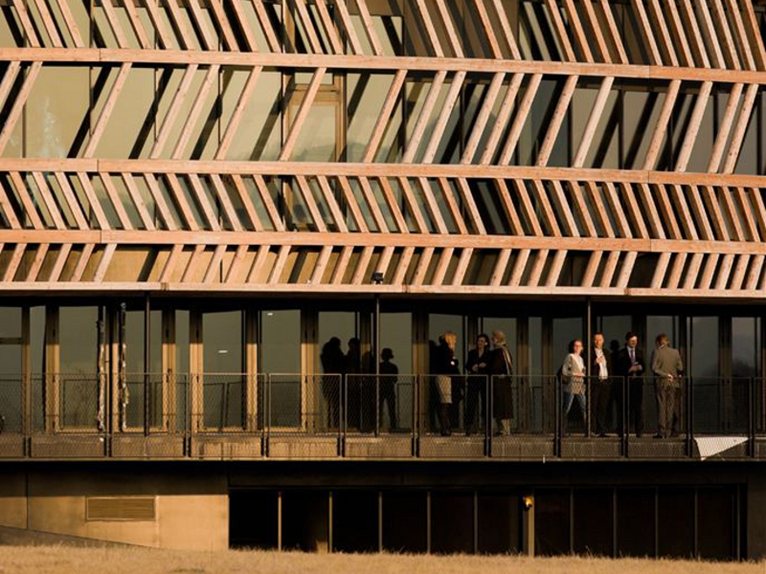 The imposing circular volume is crowned by a roof garden, peeping from the last ring of the grid cladding. The roof, which can be accessed by visitors, has a stunning panoramic view of the valley and of the small town of medieval origin, behind the building. 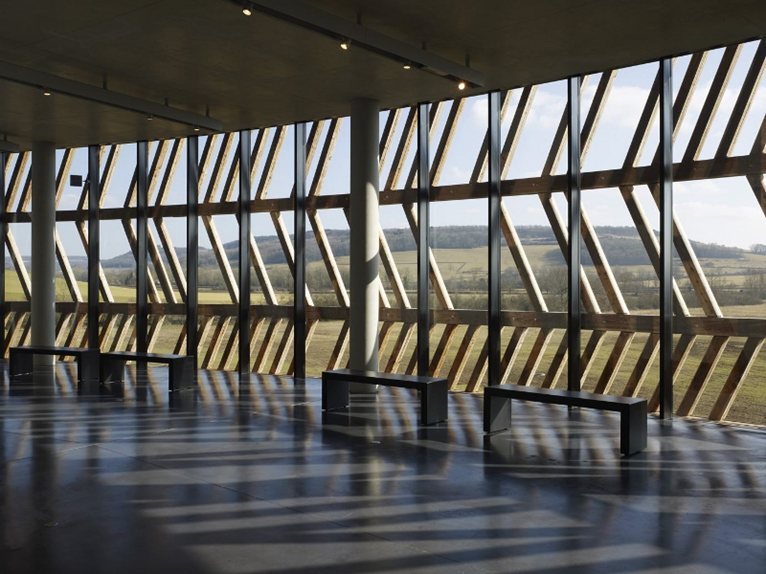 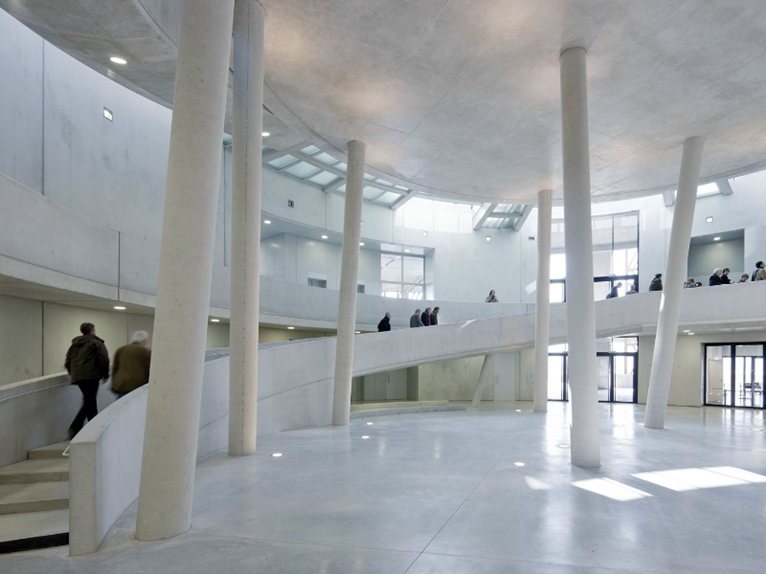 The interior is made up of a sinuous series of ramps that are woven around a structure of inclined pillars. The cold atmosphere created by the fairfaced concrete is elegantly illuminated by beams of light coming from the openings positioned at the top of the complex.